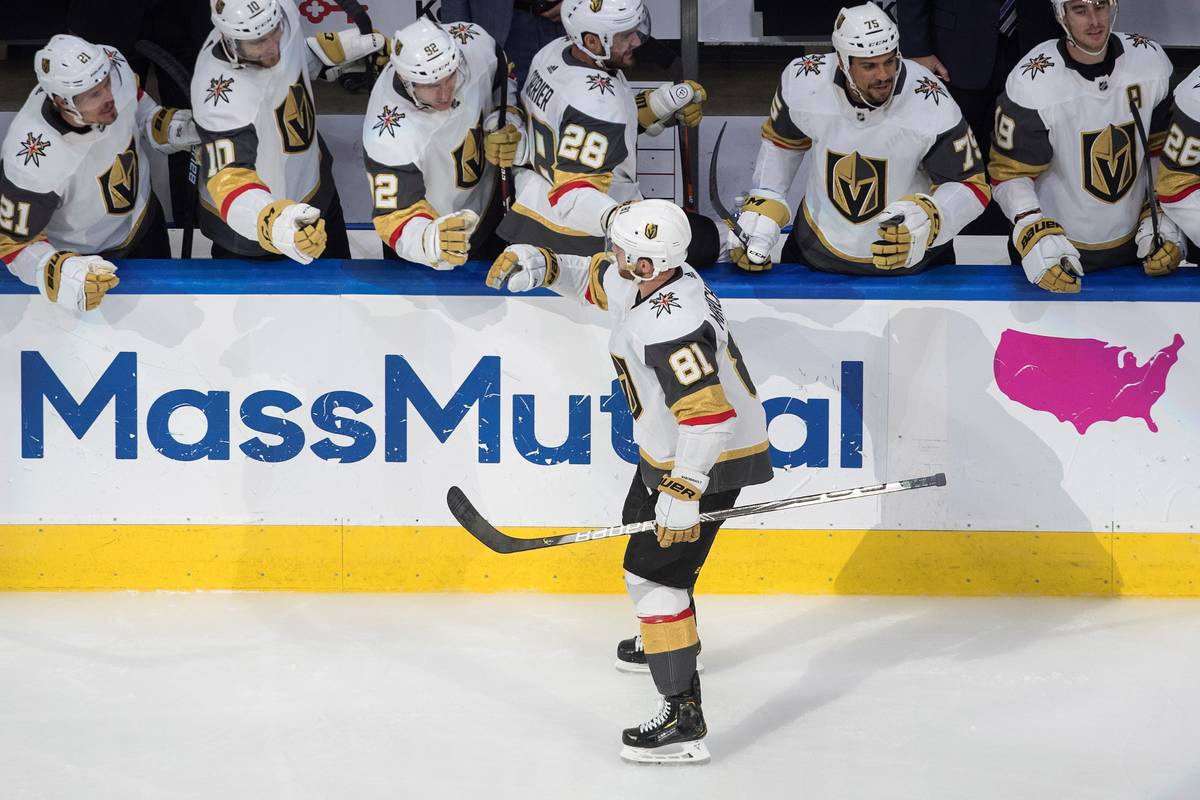 Marchessault’s outburst came just after a disappointing loss Tuesday night that saw the Knights forward accused by Vancouver fans online of embellishing contact from the Canucks, a charge many of them had started leveling on the internet before the series even began.

Though social media chatter often includes insults, this is unusual postgame behavior for any pro athlete.

Several posters went to Marchessault’s Instagram page and started hurling insults about his alleged diving on his most recent post, a July 27 wedding anniversary tribute to his wife, Alexandra. Marchessault’s account fired back.

Though Marchessault’s comments have been deleted, several Twitter accounts posted screenshots taken before his replies were removed. It’s unclear whether Marchessault has sole control of his account or whether he actually made the posts.

“As soon as you can skate properly,” he wrote to @rileywrightt in response to a request to stop diving. “Stop wasting my time.”

“How’s the Olympic diving career coming along since you like diving on the ice?” the commenter asked.

Marchessault, or whoever was posting from his account, didn’t hold back.

“Shut the (expletive) up and go suck on your mummy’s (expletive) and stop wasting my time,” the poster wrote.

A team spokesperson had not replied to emails for comment by early Wednesday morning.

Marchessault’s retorts didn’t appear to dissuade his harassers. A search of Marchessault’s two most recent prior posts, one from earlier in July and one in May, had been commented on after Tuesday night’s game.

Both posts included pictures of his children.

“(Expletive) yo son bruh,” wrote @pole4271 late Tuesday night, the first comment that had been added to the post in more than four weeks.

A further search of social media revealed screenshots of Marchessault lashing out at commenters in the past, though the outbursts typically came in response to posts on comments about his children that would incorporate them into the diving references.

Game 3 is scheduled for Thursday night.

It’s the latest controversy surrounding the team during its quest to win a Stanley Cup inside the so-called NHL bubble.

Goaltender Marc-Andre Fleury’s agent Allan Walsh made waves Saturday when he posted a photoshopped image of his client with a sword through his back and the last name of coach Pete DeBoer inscribed on the blade.