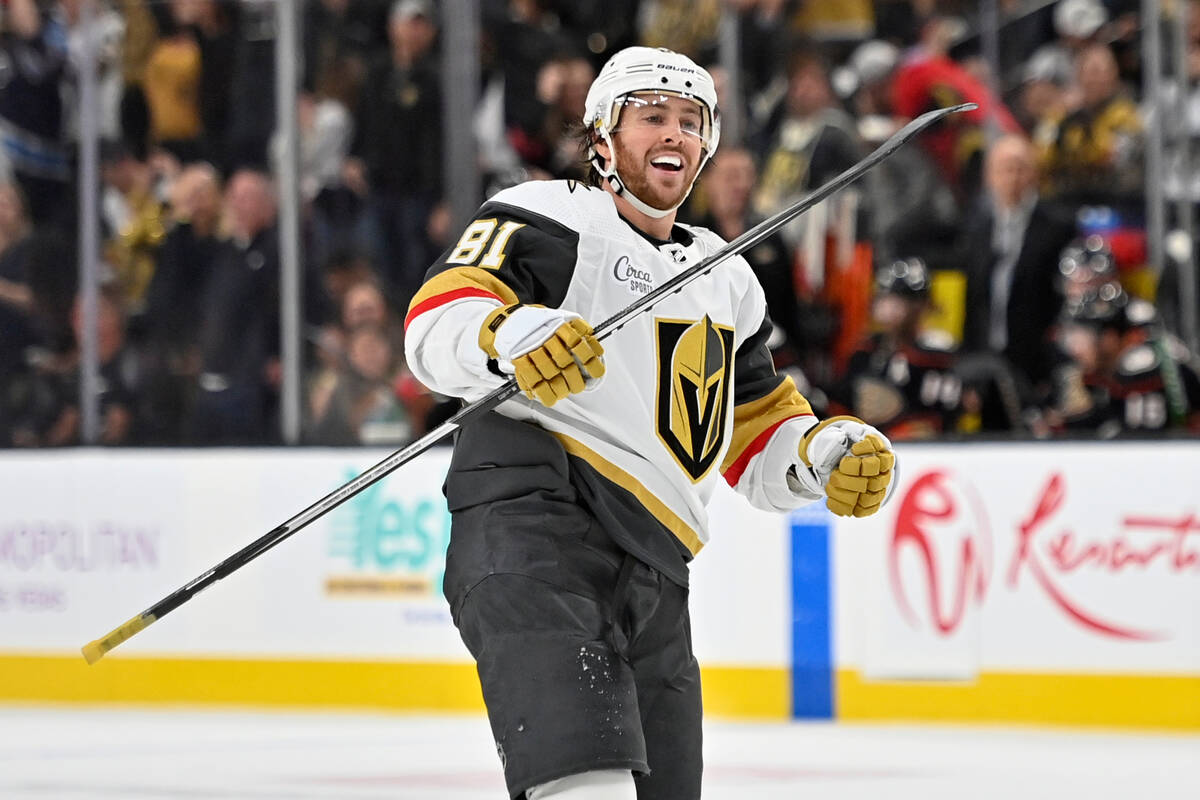 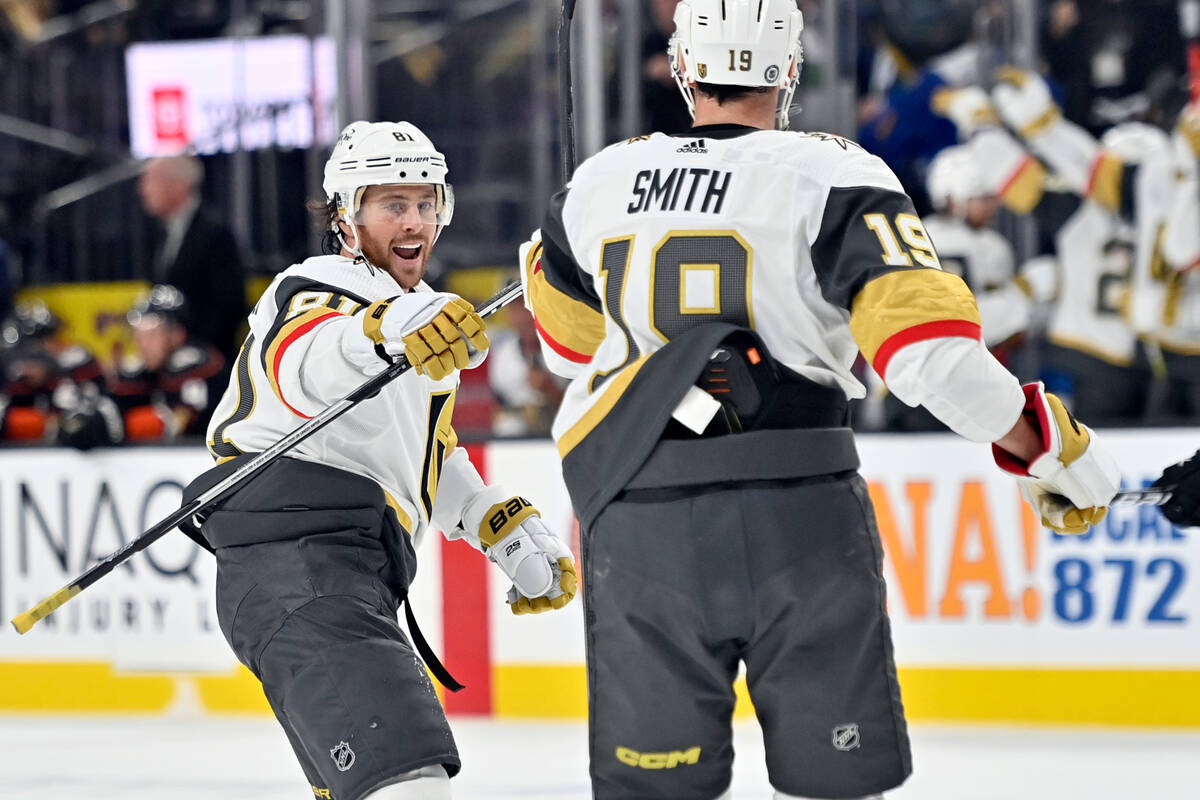 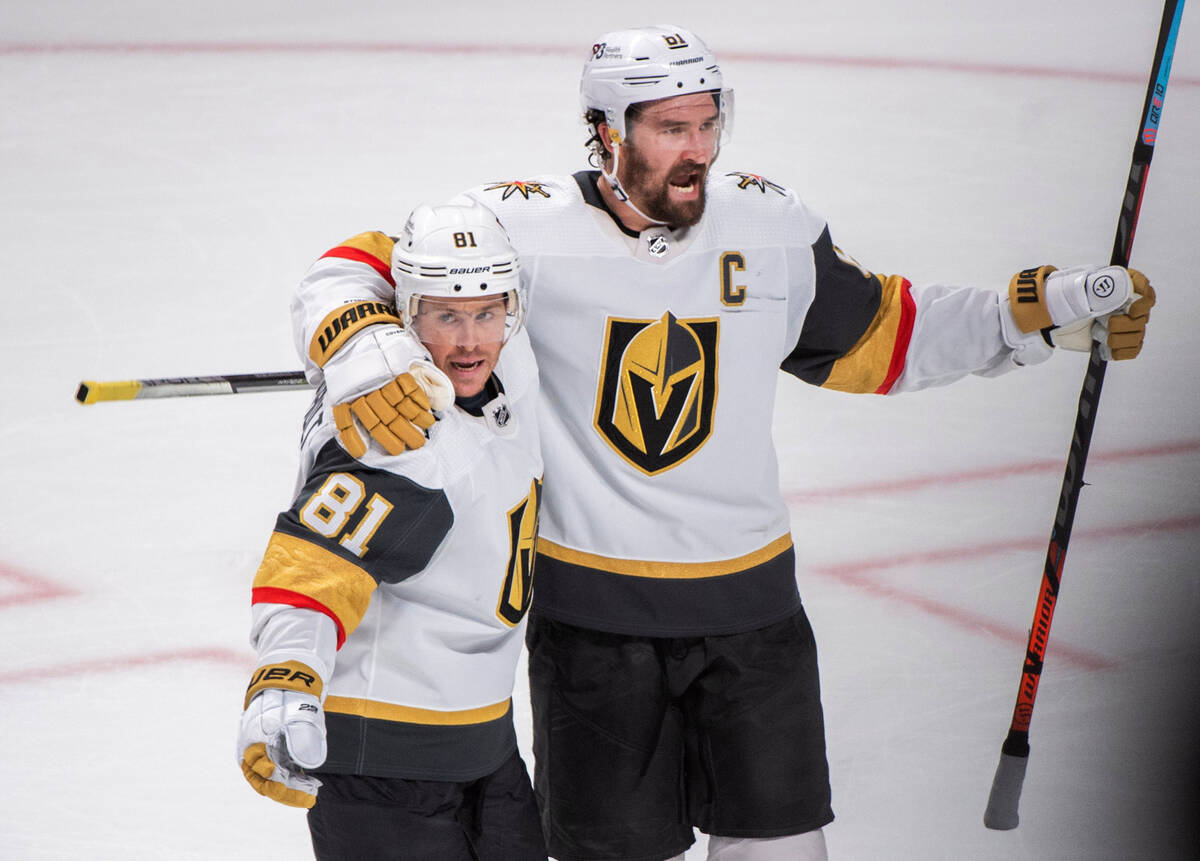 It didn’t matter that Washington Capitals defenseman Martin Fehervary is listed as three inches taller and 16 pounds heavier than him. Marchessault didn’t like the hit Fehervary put on linemate Reilly Smith with 3:43 left in the first period of a game Nov. 1. So he went after his opponent.

Marchessault’s subsequent scrap — which earned him a roughing penalty — is a perfect example of why left wing William Carrier calls his teammate “a little pit bull out there.”

Marchessault isn’t the most intimidating presence at 5 feet, 9 inches. But he won’t back down. He’ll fight. It’s the same attitude that transformed him from an undersized, undrafted prospect into an All-Star, a Team Canada member and the Knights’ all-time leading scorer.

The 31-year-old is nearing another milestone that shows how far he’s come. Marchessault is four games away from playing his 500th in the NHL. He’s earned every one of them.

“I’m a stubborn guy,” Marchessault said. “I think it’s all about believing in yourself and having some self-confidence. When you have that and you believe, the sky is the limit.”

Marchessault himself knew what he was up against. His path from the Quebec Major Junior Hockey League to the NHL was going to be long after no team used a draft pick on him.

“I came from nowhere,” he said.

Marchessault started to believe he could make it after his first season as a professional, however. He scored 64 points in 76 games with the American Hockey League’s Connecticut Whale. He could compete. It just took a while for others to realize it.

Marchessault only played four NHL games over the next three seasons. He wasn’t in the big leagues full-time until he was with Florida, his third organization. He scored 30 goals.

That got the attention of the Knights before the 2017 expansion draft. The rest is history.

Marchessault is the team’s all-time leader in games played (372), goals (128), assists (174) and points (302). He’s helped the Knights reach a Stanley Cup Final and two conference finals. Along the way, he earned a spot on Canada’s silver medal-winning 2019 World Championship team and the 2022 Pacific Division All-Star team.

Marchessault went from not being included at all to getting some of the most exclusive invites in the sport. He’s one of only four active undrafted skaters to play in an All-Star Game, and he’ll be the 18th with 500 appearances.

Marchessault made himself crucial by being one of the Knights’ most reliable players game in and game out. His feisty attitude and willingness to dish out and take chirps also makes him one of the locker room’s most colorful characters.

His celebrations echo throughout City National Arena every time he scores in practice.

“Everyone loves him,” defenseman Brayden McNabb said. “He keeps the morale up.”

Marchessault’s importance to one of the best NHL’s best teams is something no one could have expected when he started out. He said there were plenty of people along the way who tried to change his game. He never listened.

He’s a smaller player that can forecheck. He’s a shooter that can set up others. Marchessault never tried to limit what he can do, and it’s why as early as Nov. 21 against Vancouver he could celebrate another significant accomplishment almost no one could have seen coming.

“He’s had a special journey, for sure,” center William Karlsson said. “Kind of a late bloomer and working his way and never giving up, and here we are 500 games later. It’s good to see him get that milestone and hopefully get a lot more games after that.”