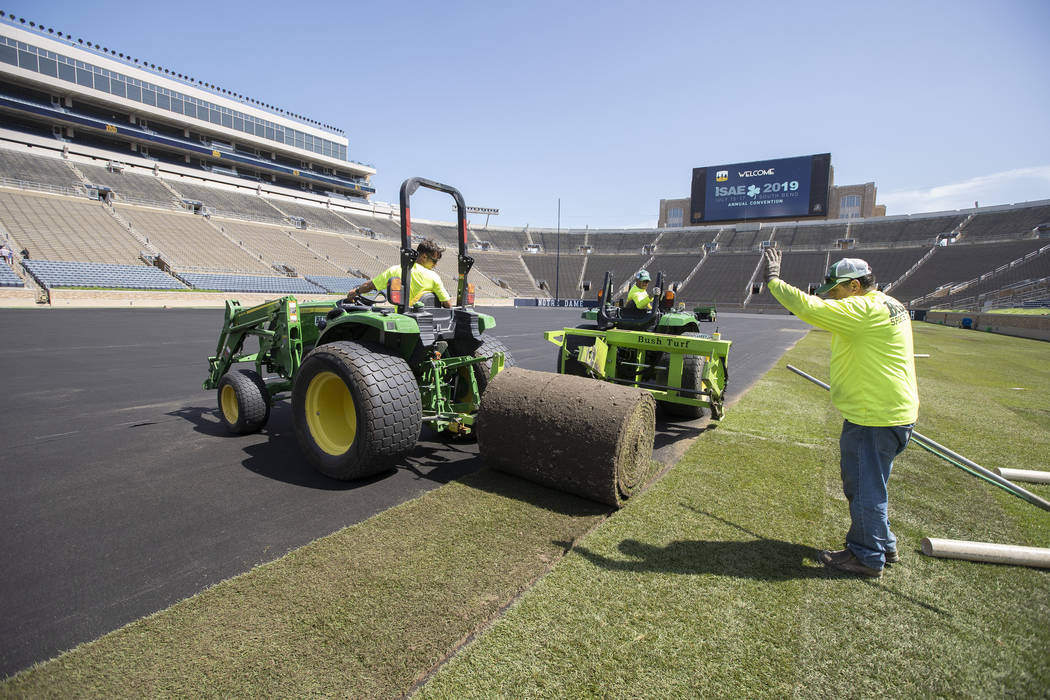 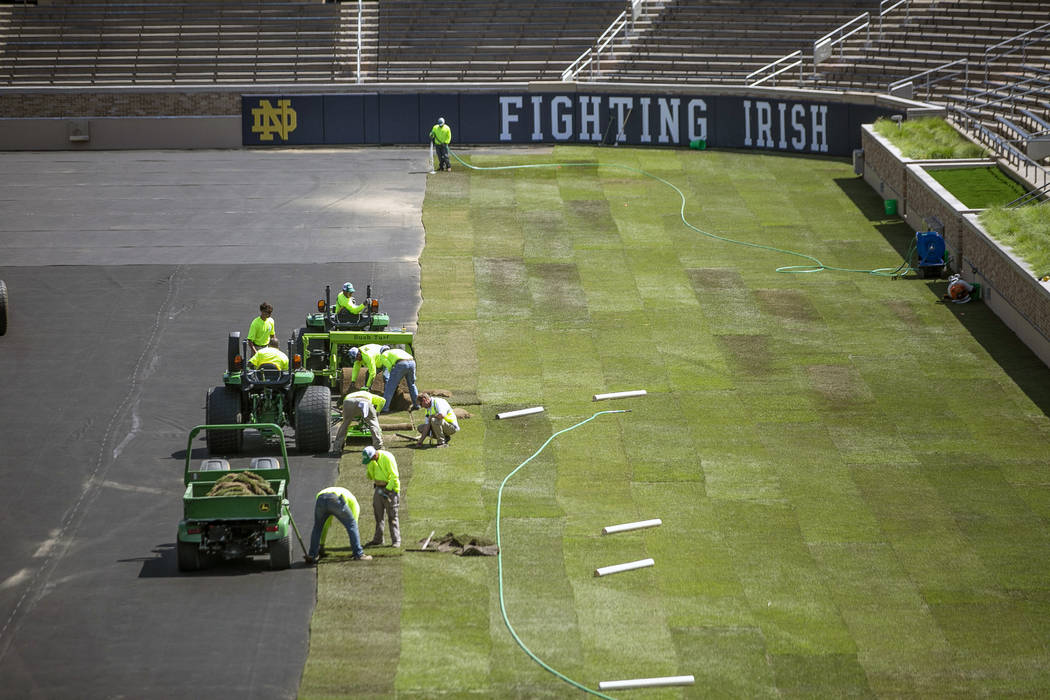 SOUTH BEND, Ind. — Notre Dame Stadium is getting a layer of natural turf in preparation for a professional soccer match.

Crews began unrolling large rolls of turf at the stadium Monday ahead of Friday’s scheduled friendly matchup between Liverpool F.C. and Borussia Dortmund.

Fenway Sports Group is the owner of the Liverpool team and the Boston Red Sox. It’s leasing the stadium as part of a three-city tour that will include preseason friendly matches at the stadium, Fenway Park and Yankee Stadium.

Steve Bush is the owner of Bush Sports Turf in Iowa. He tells The South Bend Tribune that the turf should be fully installed by Wednesday. After that, crews will roll the field to ensure a perfect playing surface before it is mowed and soccer lines are painted on the surface.