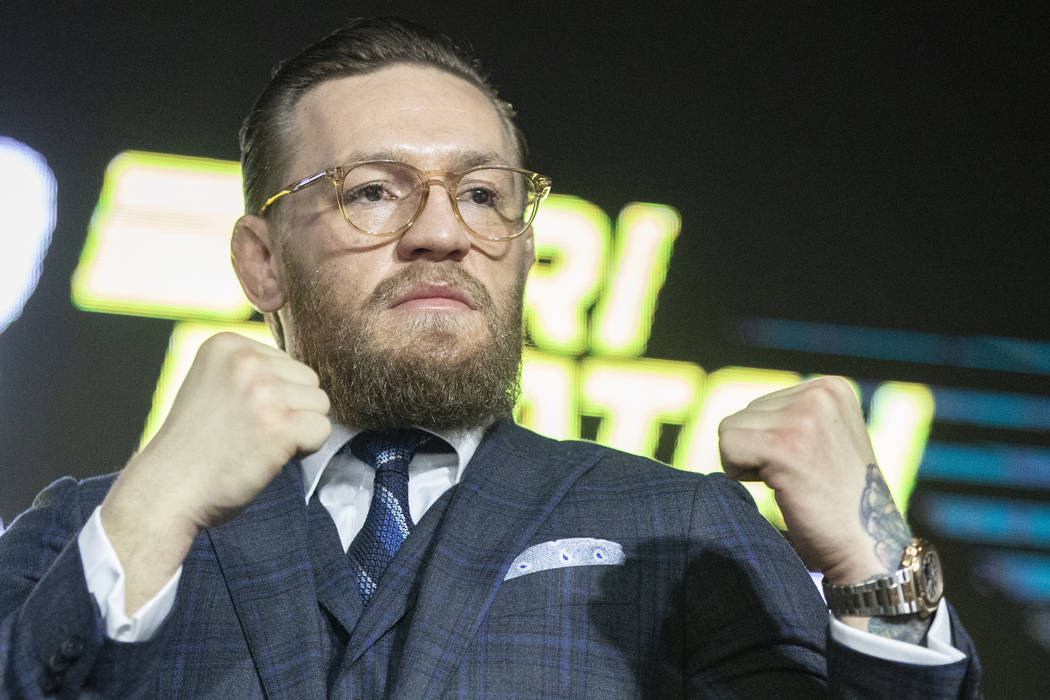 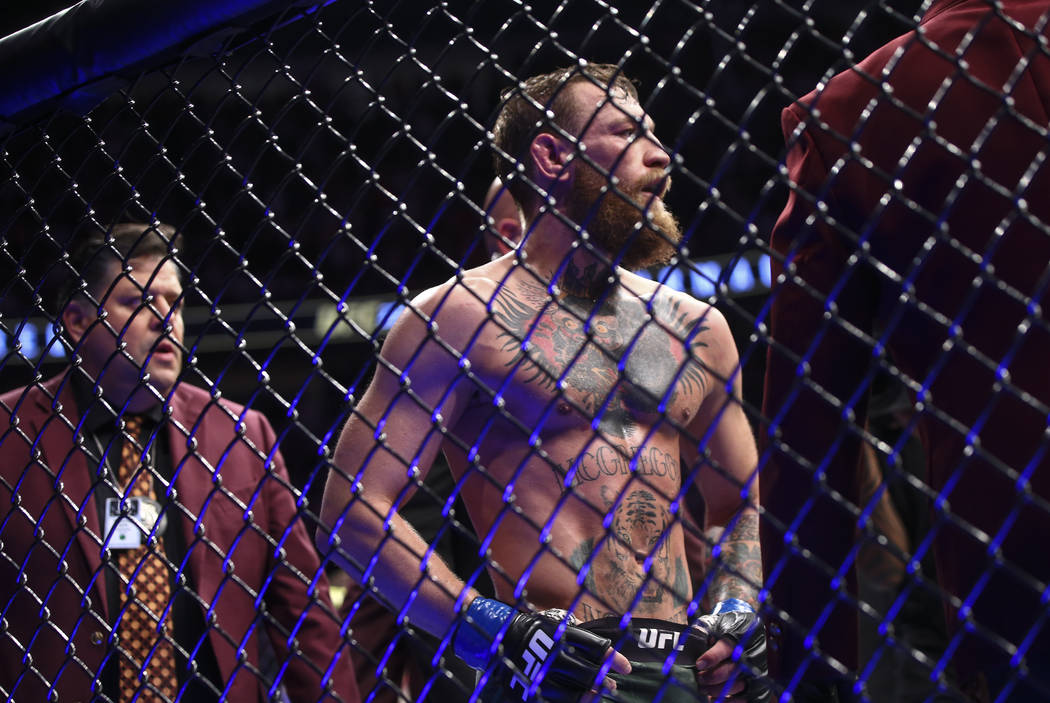 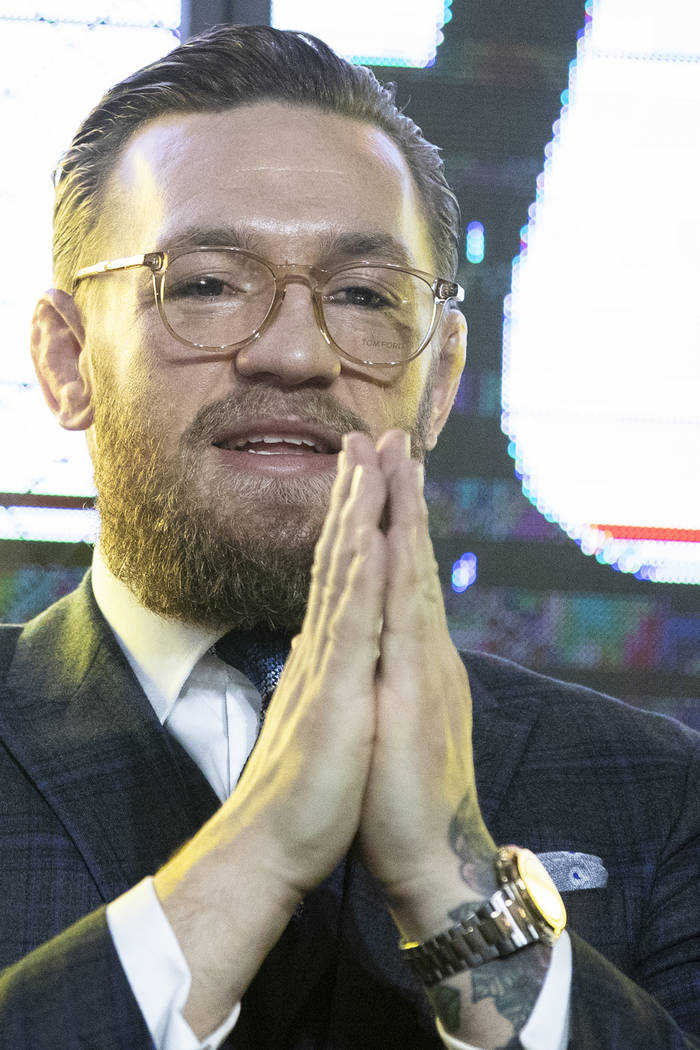 UFC (Ultimate Fighting Championship ) fighter Conor McGregor during a news conference in Moscow, Russia, Thursday, Oct. 24, 2019. McGregor announced that he will fight an undisclosed opponent with the event expected to happen in Las Vegas, USA, in January 2020. (AP Photo/Pavel Golovkin) 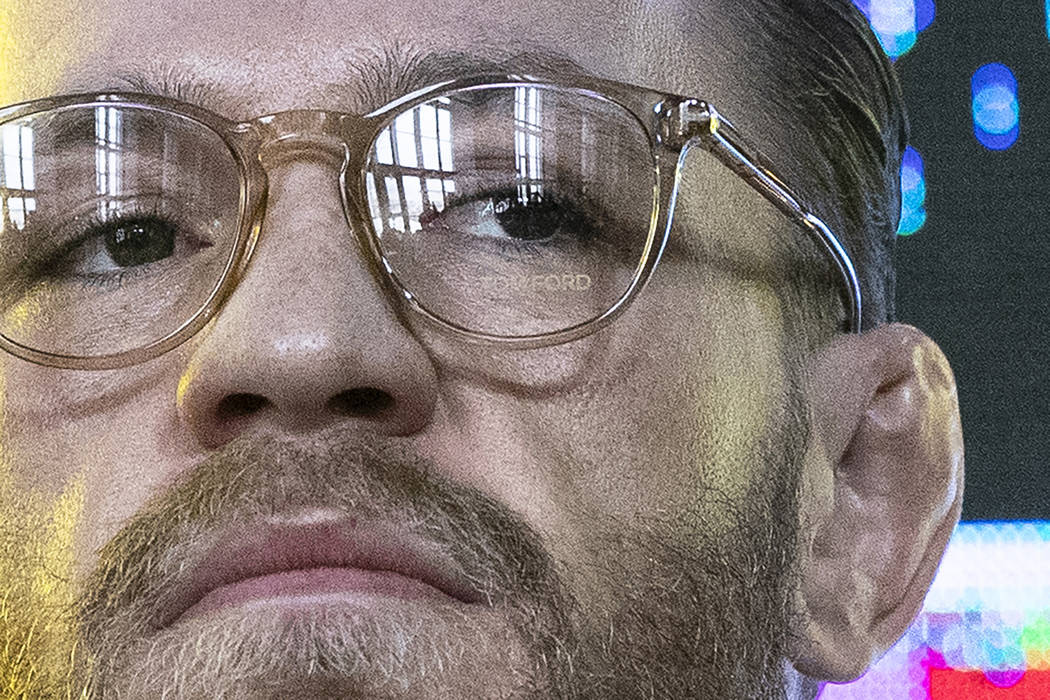 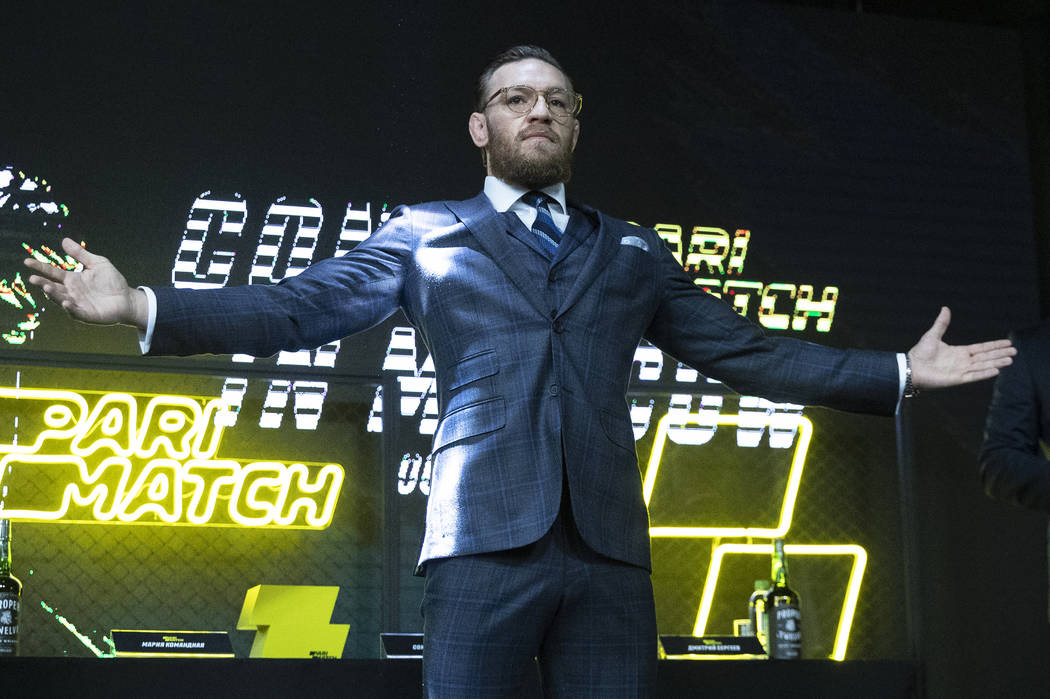 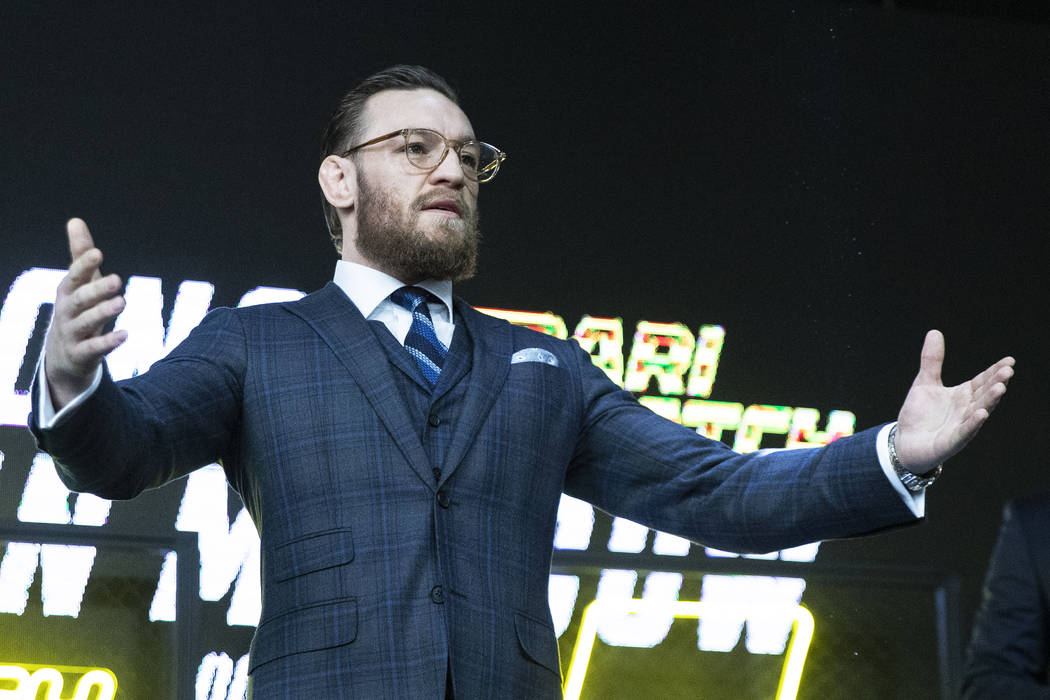 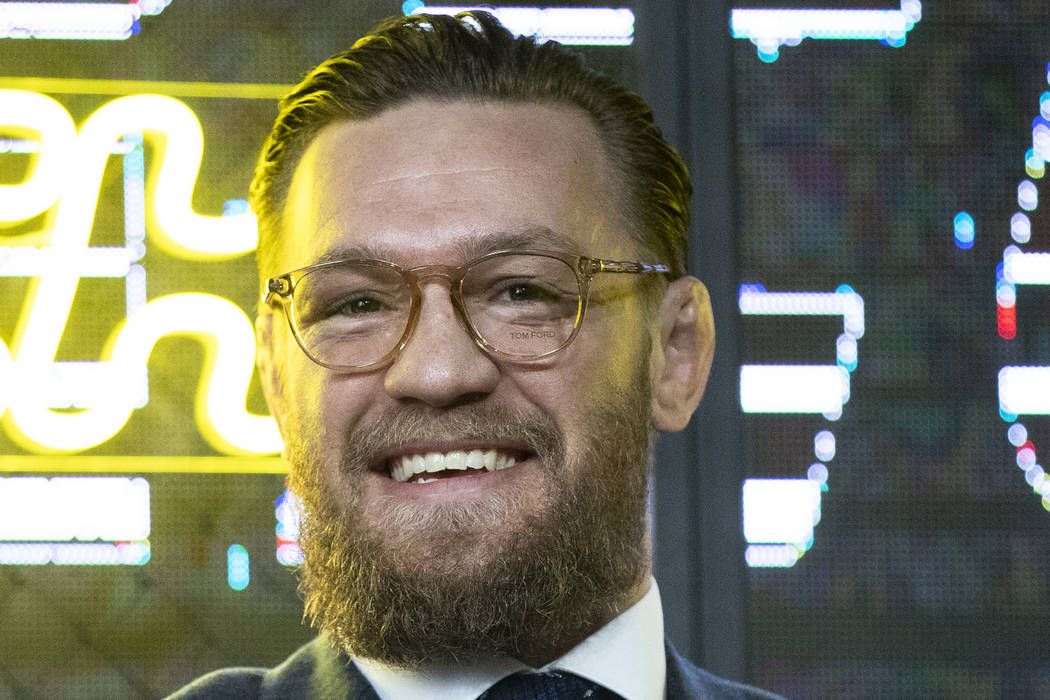 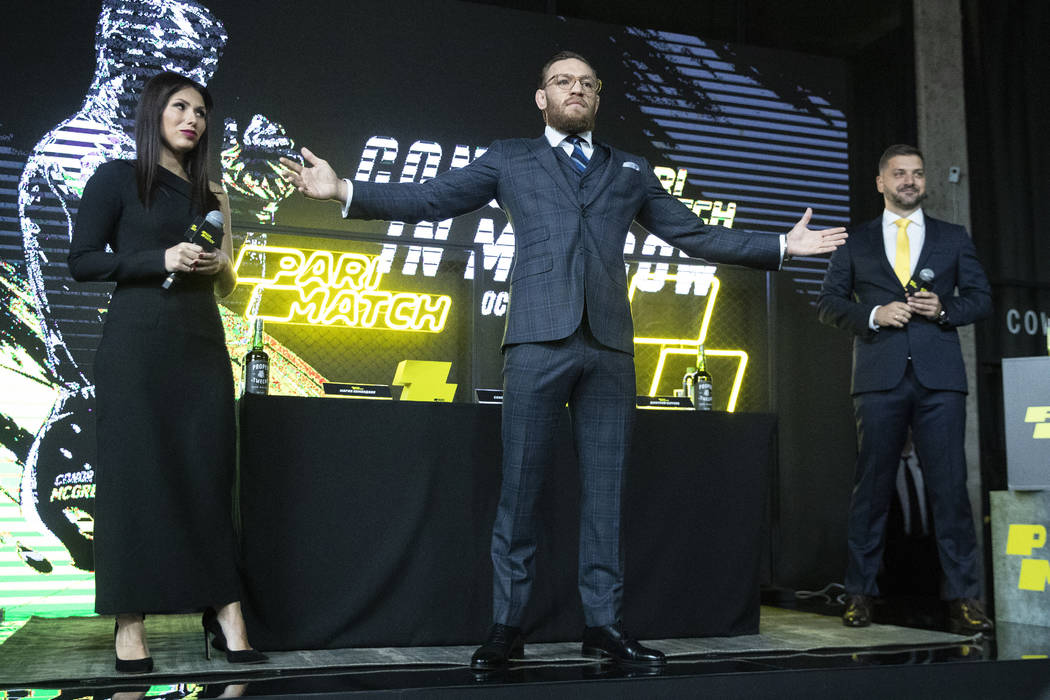 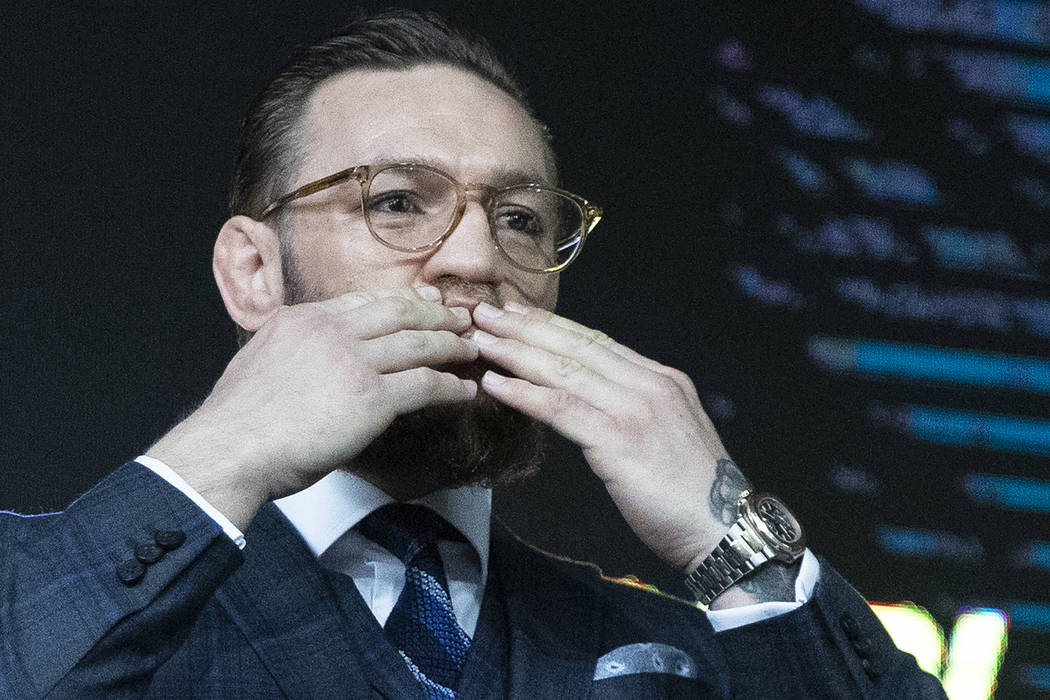 Conor McGregor announced Thursday he plans to return to action on Jan. 18 at T-Mobile Arena in Las Vegas.

He did not name an opponent for his first UFC bout since a lightweight title bout loss to Khabib Nurmagomedov at the same venue in October 2018.

The UFC has not formally announced an event for that date. A UFC official said a deal for McGregor to return has not been finalized.

Donald Cerrone and Justin Gaethje have been the most rumored names for McGregor’s potential return. McGregor and Frankie Edgar had agreed to a bout through the media, though UFC president Dana White shot down that idea last week.

McGregor has only fought one time in the UFC since November 2016, but said Thursday he hopes to fight three times in 2020.

In addition to the January bout, he also hopes to fight the winner of next month’s showdown between Nate Diaz and Jorge Masvidal and then challenge either Nurmagomedov or Tony Ferguson for the lightweight title.

McGregor also indicated he asked to be placed on the Dec. 14 UFC 245 card at T-Mobile Arena, but the event already has three title fights booked.

His last fight in Las Vegas is more noted for the wild post-bout brawl that broke out after Nurmagomedov submitted McGregor.

Both fighters were disciplined by the Nevada Athletic Commission.

McGregor, 31, said if he gets a rematch with Nurmagomedov, he would like it to take place in Moscow.

He has faced several legal issues during his layoff.

The Jan. 18 date falls during a time when the Golden Knights are on an extended road trip away from T-Mobile Arena.