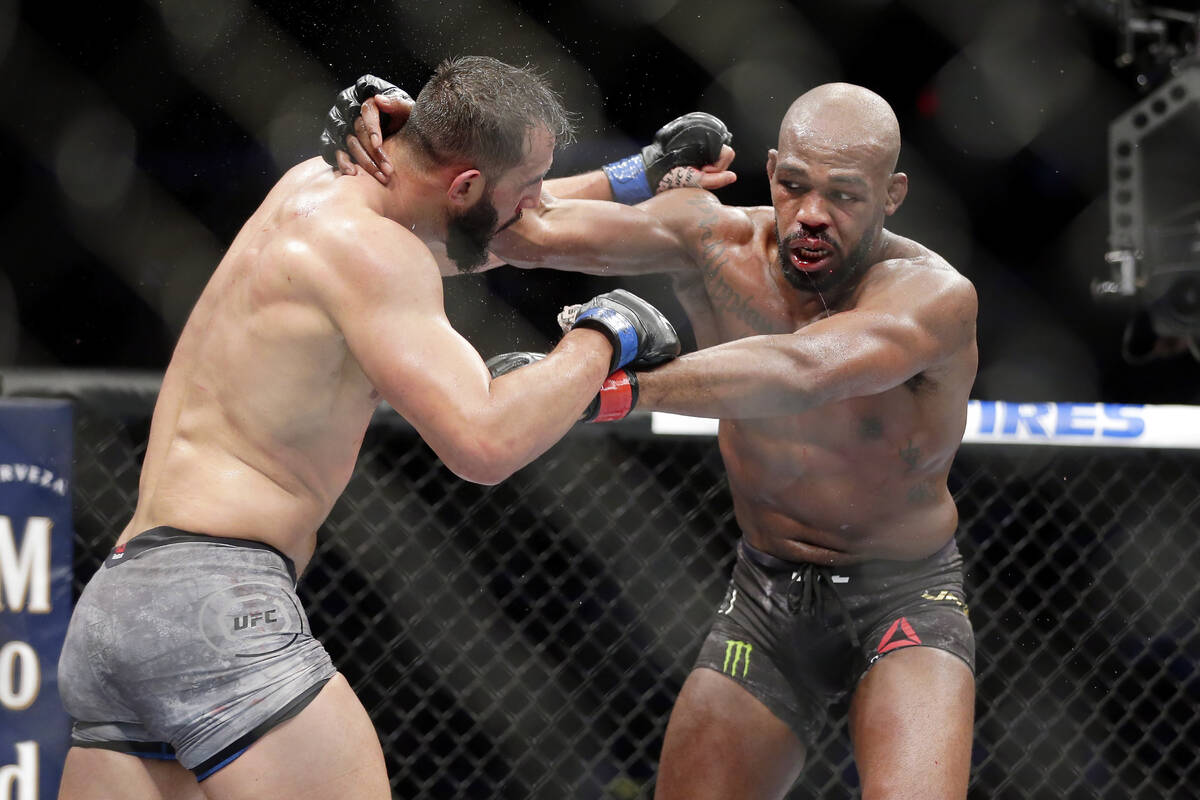 Former UFC light heavyweight champion Jon Jones took to social media Thursday to comment for the first time on police bodycam video of his September arrest that was first made public this week by the Review-Journal.

“LOL I was hoping that video got lost in some files somewhere,” Jones wrote on Twitter, adding a disappointed face emoji.

One respondent jokingly tried to reassure him that not too many people had seen the viral video that had over 350,000 views on YouTube alone and remains one of the top trending topics on Reddit and other social media sites.

Before the release of the video, the UFC and Jones’ attorney declined comment for the story.

Jones, 34, is seen in the video disparaging several officers who detained him on the Strip for suspicion of domestic violence. He appears intoxicated and uses several racial slurs before head-butting a Metropolitan Police Department SUV, causing damage to the vehicle.

In December, Jones pleaded no contest to a misdemeanor count of destroying another’s property and agreed to pay $750 in restitution.

He was initially facing a felony count of injuring or tampering with a vehicle valued at $5,000 or more and a misdemeanor domestic battery charge, which court records show was dismissed.

Jones also was ordered to attend anger management counseling, which has been completed.

On Wednesday, he posted on Twitter that his longtime fiancee, Jessie Moses, the alleged victim in the case, had left him several months ago and has now decided to make the breakup official. Jones wrote it less than 24 hours after the release of the video but later deleted the post.

He was asked by a follower how he was feeling Thursday.

“I can deal with embarrassment, it’s the loneliness that gets me,” Jones responded. “Taking things one day at a time.”