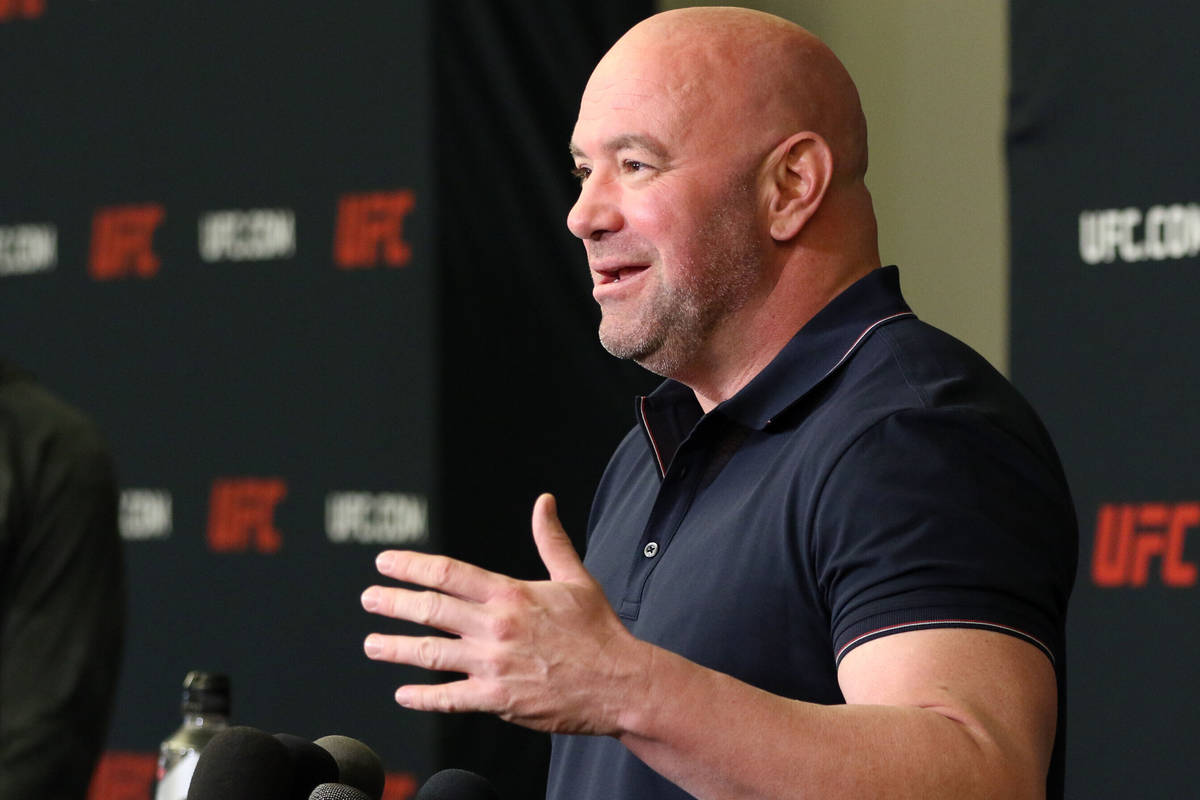 At least 15,000 people are willing to risk permanent damage or death to attend a live sporting event again.

That’s according to language in the disclaimer for those attending UFC 261 in Jacksonville, Florida, the first indoor sporting event to allow full attendance since the start of the COVID-19 pandemic last year. It sold out in a matter of minutes.

The disclaimer stipulates attendance at Saturday’s pay-per-view event, which features three title fights, “may lead to exposure to COVID-19 and that contraction of COVID-19 may result in severe and permanent damage to the health of the Holder and/or others including, but not limited to, death.”

While it’s standard legalese that people may have to get used to as life starts to return to normalcy, it’s also a stark reminder that as much as everyone wants to speed the process and vaccinations continue to rise, the pandemic is not yet over.

“We (told White) we’re an open state and we want to be able to allow people to make decisions for themselves about what they want to attend,” DeSantis said. “I think UFC is better for his courage and quite frankly this event is good for Florida. It’s going to be great for people watching on TV to see the fans back and see all these things happening.”

The arena was also home to the UFC’s return last May, an event contested with no fans at a time when the rest of the sports world was essentially shut down.

White publicly promised Jacksonville another event when fans were allowed to attend. He will make good on that pledge this week. Masks will be distributed, but not required.

“There’s been a lot of monumental moments in my career and this is one of them,” White said. “Saturday night is a big night, not only for the fighters and UFC, but for sports in general. We showed in the beginning this could be done safely and the right way. Now we’re showing you can do it in (full) venues, and it can be done safely.”

The UFC has announced two more pay-per-view events in the coming months with full attendance. UFC 262 will take place on May 15 in Houston and UFC 264, headlined by Conor McGregor, will follow at T-Mobile Arena on July 10.

Both events sold out in less than a day, according to the UFC.

Masvidal was greeted with roars of approval each time he spoke on Thursday with Usman drawing boos.

The champion was just happy to hear a crowd reaction of any kind.

“I’m just glad to have them back whether they boo or cheer,” Usman said. “I’m excited to just feel this energy from everybody.”

COVID cases, hospitalizations and deaths are all slightly up in Florida over the last 14 days, with testing remaining steady, according to the New York Times tracking site. Of the total population in the state, 25 percent is fully vaccinated.