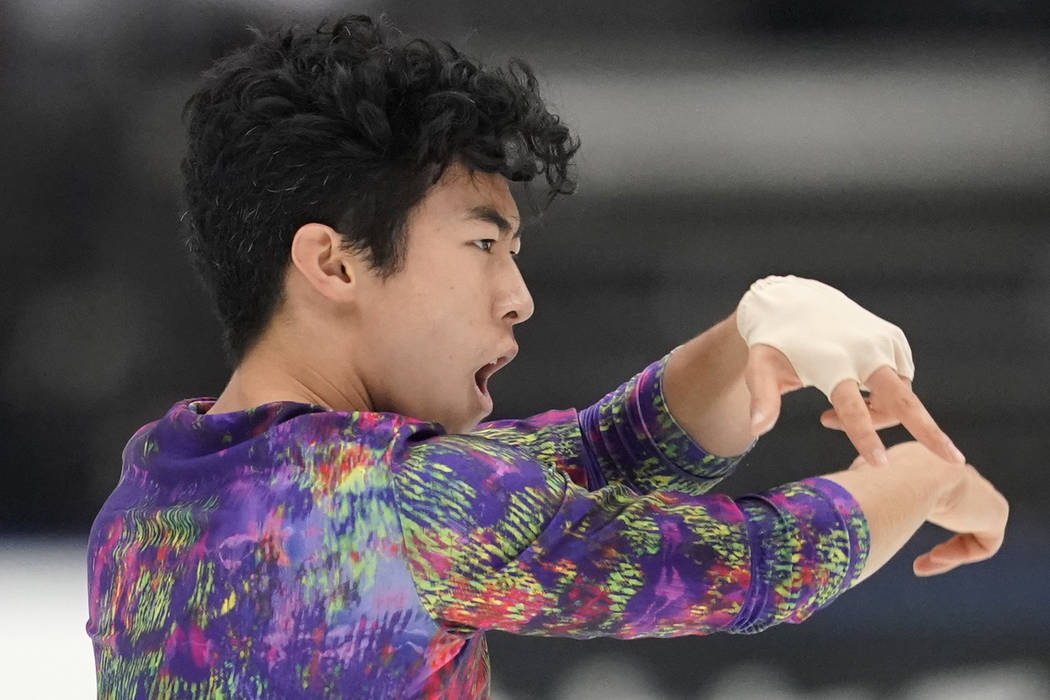 Nathan Chen is one of the best figure skaters in the world.

While doubling as a full-time student at Yale.

“Right now, I’m trying to find that balance of school and skating,” said the 20-year-old Chen, a native of Salt Lake City. “Relative to last season, skating might be a little more on the easier side.”

As if he didn’t make it look easy enough already.

Chen is among a flock of figure skaters set to take the stage — rather the ice — inside Orleans Arena this weekend at Skate America. The event is part of the International Skating Union’s Grand Prix of Figure Skating, a league comprised of the world’s best figure skaters.

The former Olympian and college sophomore is the two-time defending Skate America gold medalist and the three-time defending U.S. Figure Skating champion with little to prove.

But plenty to prepare for.

“The sport continues to evolve. The guys that I’m competing against continue to evolve, continue to try new things and I don’t want to fall behind.” Chen said of his motivation. “We’re not going to these competitions to lose. We’re going to be the very best we can. We continue to improve ourselves.”

Chen is perhaps the most high-profile skater set to compete at Skate America, the first major U.S. Figure Skating event to take place in Las Vegas. Here are five others worth watching this weekend.

The 19-year-old from Kobe, Japan, is the 2019 Japanese national champion and a two-time silver medalist at Skate America. She’s known for pairing big jumps and speed with an affable personality on and off the ice.

The 24-year-old Illinois native won silver medals at Skate America in 2014 and 2016 and a bronze medal in 2015. He’s known stylistically for his spins, footwork sequences and split jumps.

The 21-year-old Tennell, also from Illinois, is the 2017 Skate America bronze medalist and the 2018 U.S. national champion. She recovered from a series of stress fractures in her lower back in 2016 and is heralded as one of the top American skaters.

Brezina, 29, hails from Czechoslovakia and won a gold medal at Skate America in 2011. He also represented the Czech Republic in the Olympics in 2010, 2014 and 2018. As he’s aged, he’s focused more on using his skates as opposed to his power.

The Russian won a silver medal at Skate America in 2014 and the world championship in 2015. She is the first female skater to land four triple jumps in a short program.