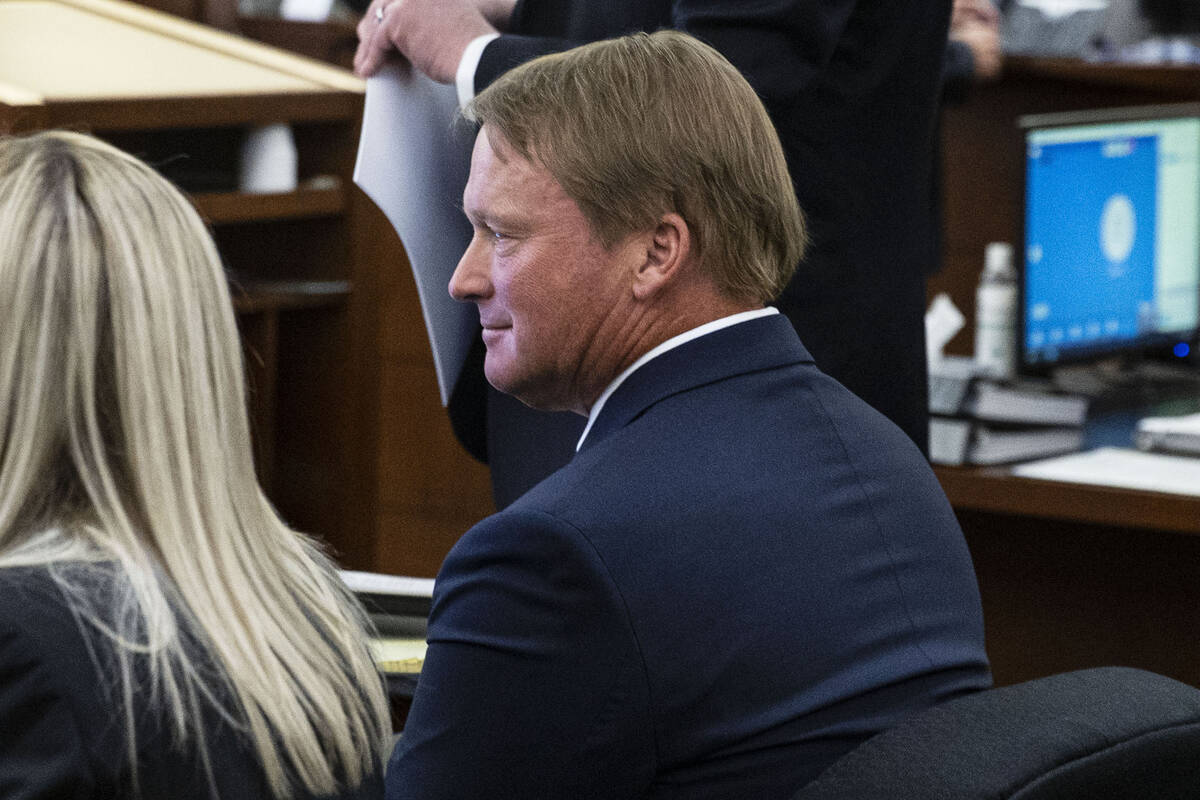 Lawyers for former Raiders coach Jon Gruden are asking the Nevada Supreme Court not to stall proceedings in Gruden’s lawsuit against the NFL and league Commissioner Roger Goodell.

Allf has ruled that the arbitration process would be unfair in part because the NFL’s constitution would allow for Goodell to act as the arbitrator.

“The district court did not just deny the NFL Parties’ motion to compel arbitration, it comprehensively deconstructed and rejected each and every basis on which the NFL Parties tried to avoid litigation,” Gruden’s attorneys wrote in a response, filed Wednesday, to the league’s motion.

Attorneys for the league did not reply to a request for comment on Thursday.

Gruden and the NFL have been locked in a legal battle since November, when the former coach sued the league and Goodell, claiming that the league leaked derogatory emails he wrote in an attempt to ruin his career and reputation.

The NFL has argued that the league and Goodell “will suffer far greater harm” than Gruden if the lawsuit is not halted, because the lawsuit could be resolved before the appeal over the arbitration process is settled.

Gruden’s attorneys argued in Wednesday’s filing that continuing the lawsuit, which could include moving into the discovery process, should not harm the league because “the same discovery should be required in arbitration.”

Discovery is the formal process of exchanging information between the parties about evidence they intend to present at trial.

“Of course, the NFL Parties cannot respond to this argument because Commissioner Goodell is not even required to afford Gruden the opportunity to conduct discovery,” Gruden’s attorneys wrote.

The filing also accused the league of pressuring the Raiders to fire Gruden, a repeat of previous arguments that the NFL intentionally leaked the emails.

The league has repeatedly denied that the NFL or Goodell leaked the emails, and has disputed Gruden’s claim that the emails that led to his departure were all sent before he signed anagreement with the Raiders.