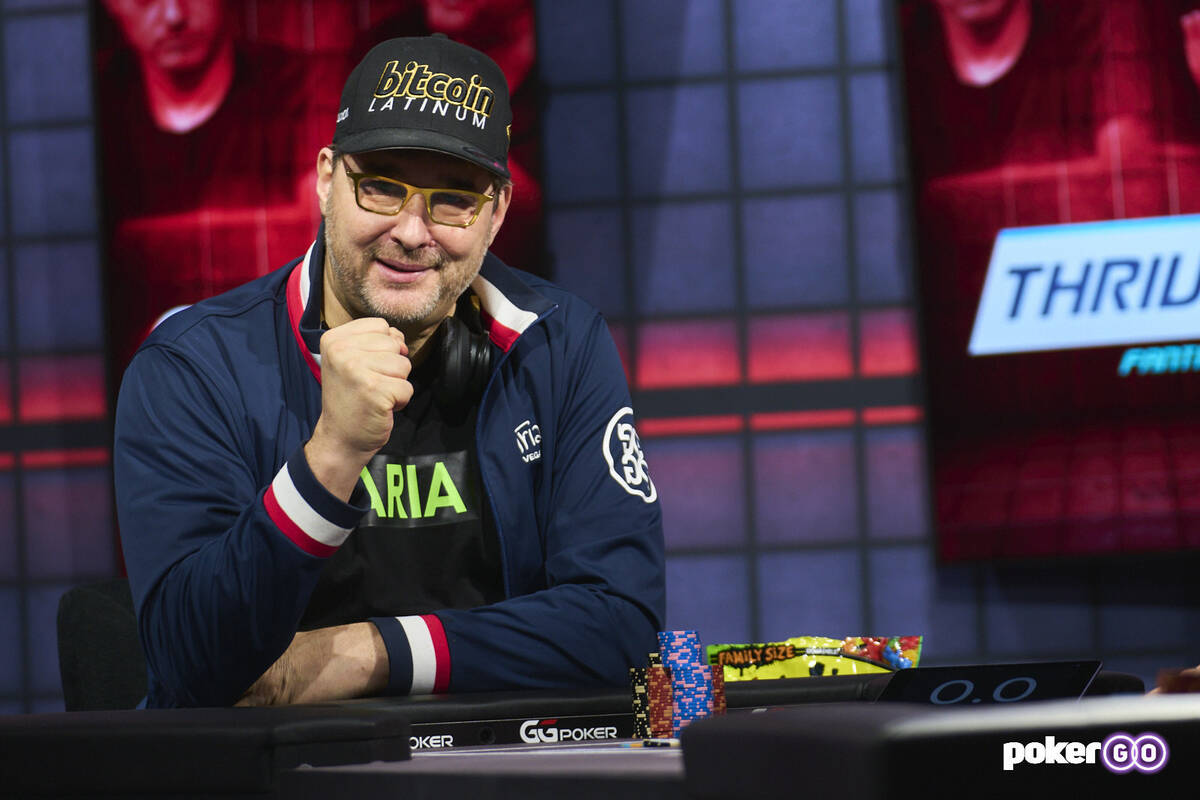 Phil Hellmuth during his victory over Tom Dwan on "High Stakes Duel" on Wednesday, Jan. 26, 2022, at the PokerGO studio. (Antonio Abrego/PokerGO) 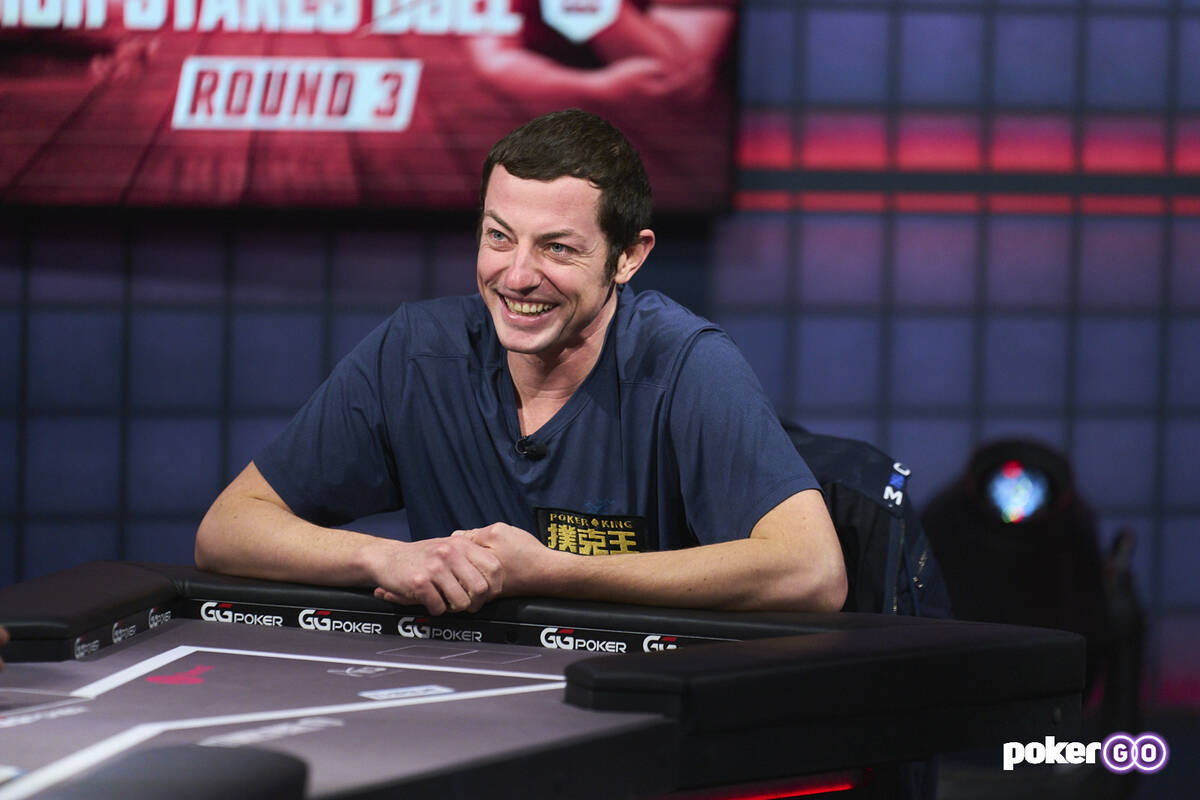 Tom Dwan during his loss to Phil Hellmuth on "High Stakes Duel" on Wednesday, Jan. 26, 2022, at the PokerGO studio. (Antonio Abrego/PokerGO) 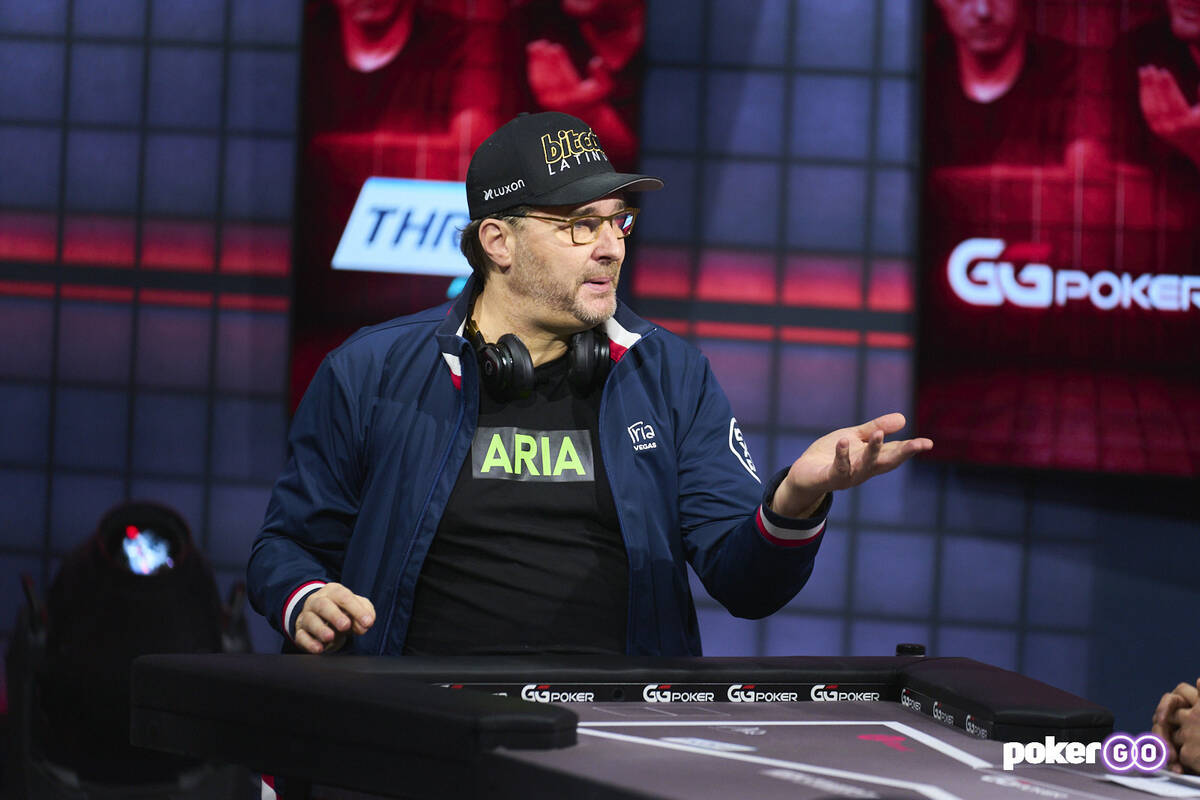 Phil Hellmuth during his victory over Tom Dwan on "High Stakes Duel" on Wednesday, Jan. 26, 2022, at the PokerGO studio. (Antonio Abrego/PokerGO)

Phil Hellmuth made sure his first defeat on “High Stakes Duel” didn’t turn into a losing streak.

Hellmuth built a big lead on one key hand, then cruised to victory over Tom Dwan in a $200,000 buy-in heads-up No-limit Hold’em match staged Wednesday by the subscription video service PokerGO.

Hellmuth had been 7-0 in PokerGO’s “High Stakes Duel” format before losing to Dwan in August. Now Dwan has the right to a third match at double the stakes.

All of those matches took at least five hours, but Wednesday’s match was finished in just over three.

And it really came down to two hands.

About 2½ hours into an even match, Hellmuth picked what seemed to be a bad moment for a bluff, but it worked out perfectly.

Hellmuth called with seven-four, and Dwan raised with pocket tens. Hellmuth then reraised, and Dwan called. Both players checked after a flop of jack-seven-deuce, then Hellmuth took the lead with another seven on the turn to make trips.

Dwan hung on for another hour, but never found a good spot to double up. In the final hand, Dwan called with pocket eights against Hellmuth’s all-in with ace-king.

Hellmuth flopped a king and finished off Dwan by avoiding an eight on the turn or river.

Dwan, 35, has nearly $5 million in career tournament earnings, but he is known more for his appearances on “High Stakes Poker,” in which he played several pots approaching $1 million. In recent years, he has been a fixture in high-stakes games in Macao.

Hellmuth and Dwan are friends now, but they have clashed memorably several times in televised games.

Hellmuth — known as the “Poker Brat” for his antics at the table — called Dwan a “sucker” and said he made a “terrible play.” Dwan responded that he had made the “standard,” correct decision, then told Hellmuth to “learn to play heads-up no-limit.”

“We’ll see if you’re even around in five years,” Hellmuth responded.

After a failed bluff in their first “High Stakes Duel” match, Hellmuth told Dwan, “I think I’d like to play you heads-up forever.”

There were no such fireworks Wednesday. Hellmuth muttered a few expletives after losing a couple of hands, but nothing derisive toward Dwan.

Of course, the way the match went, Hellmuth had nothing to complain about.