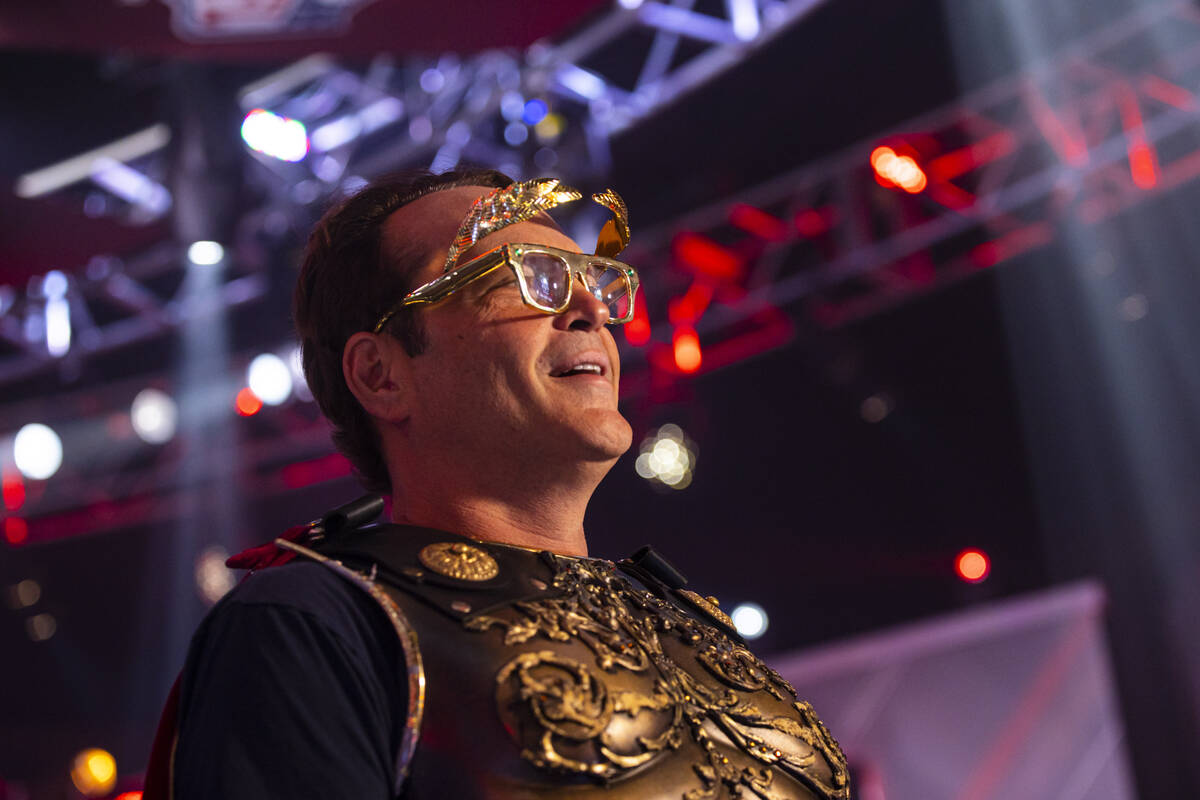 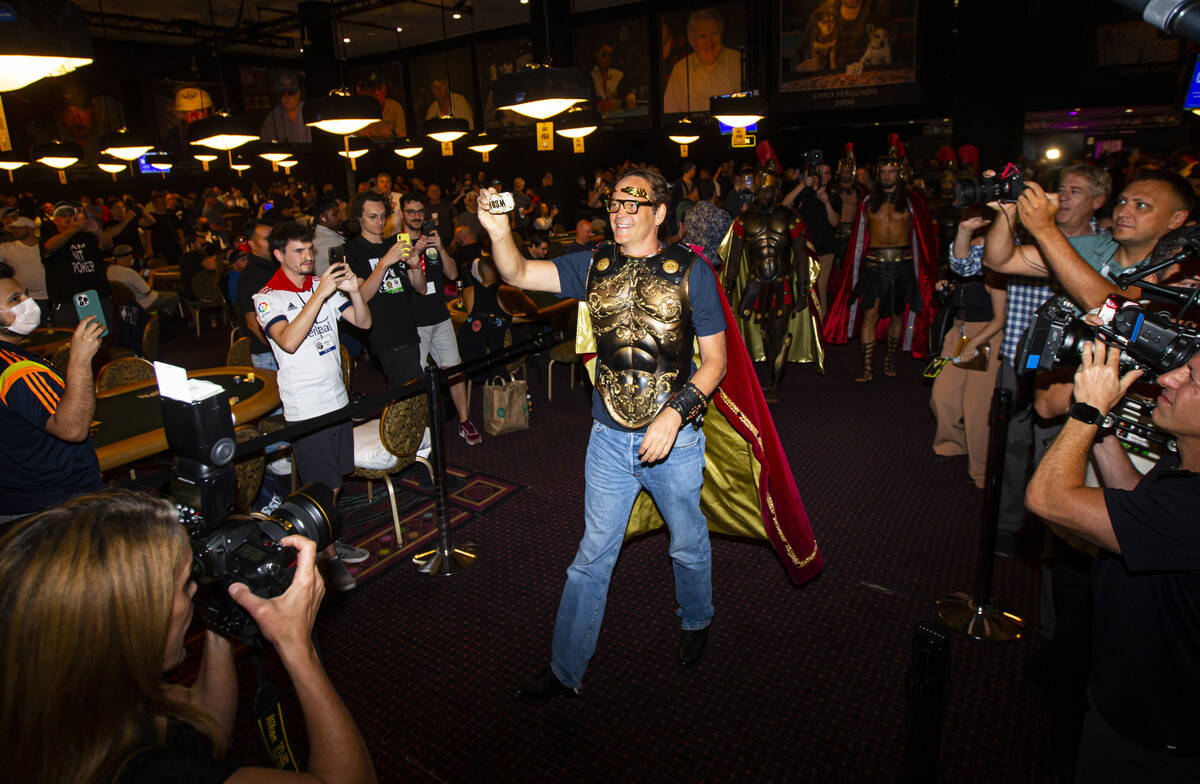 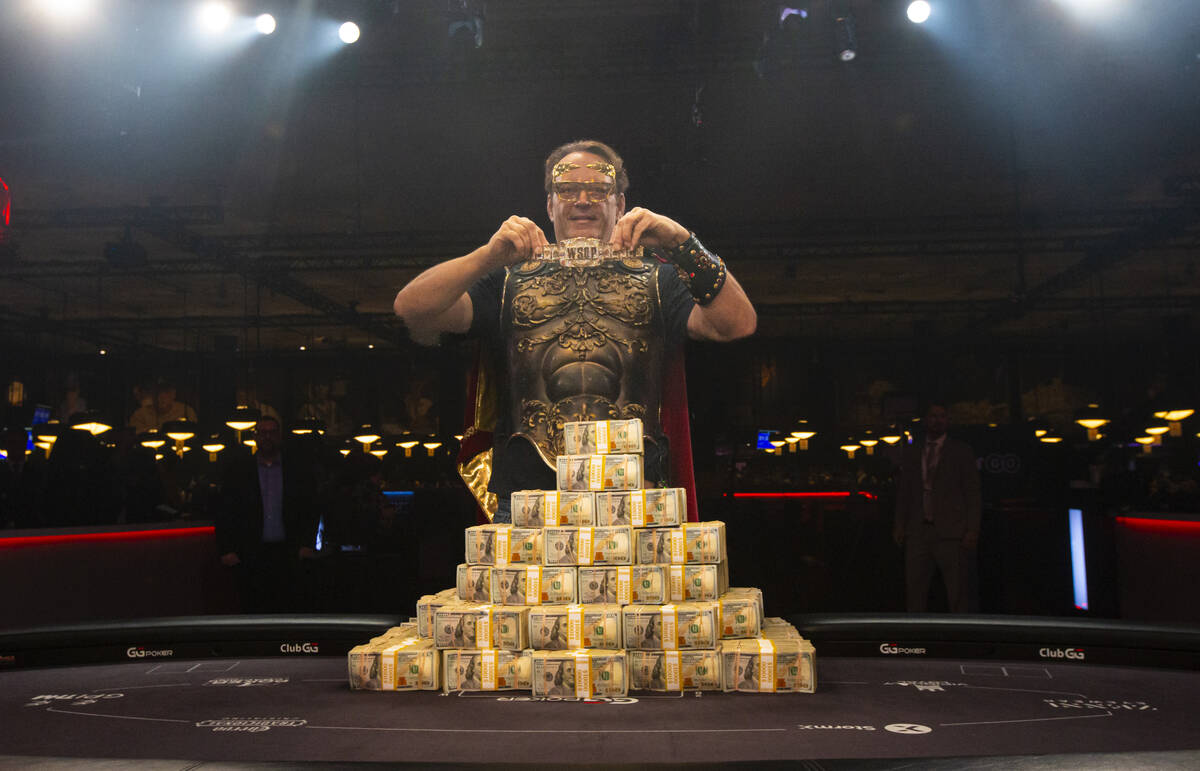 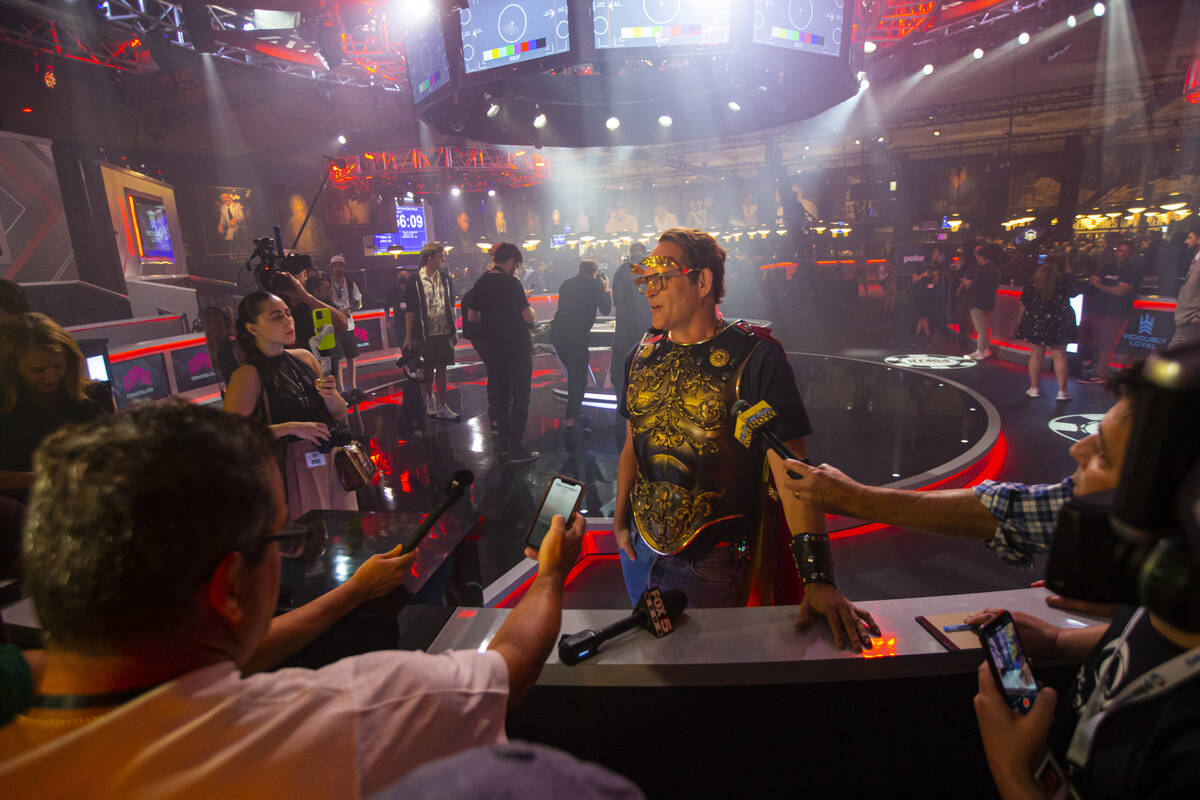 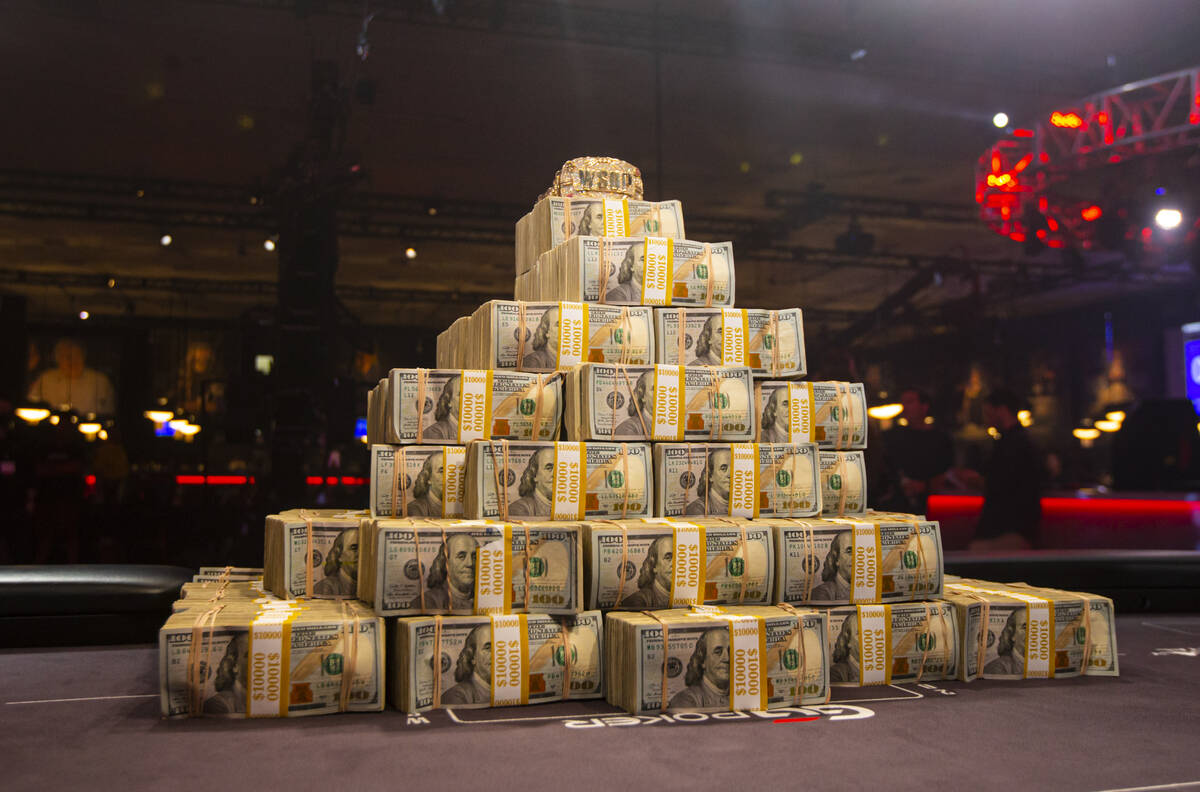 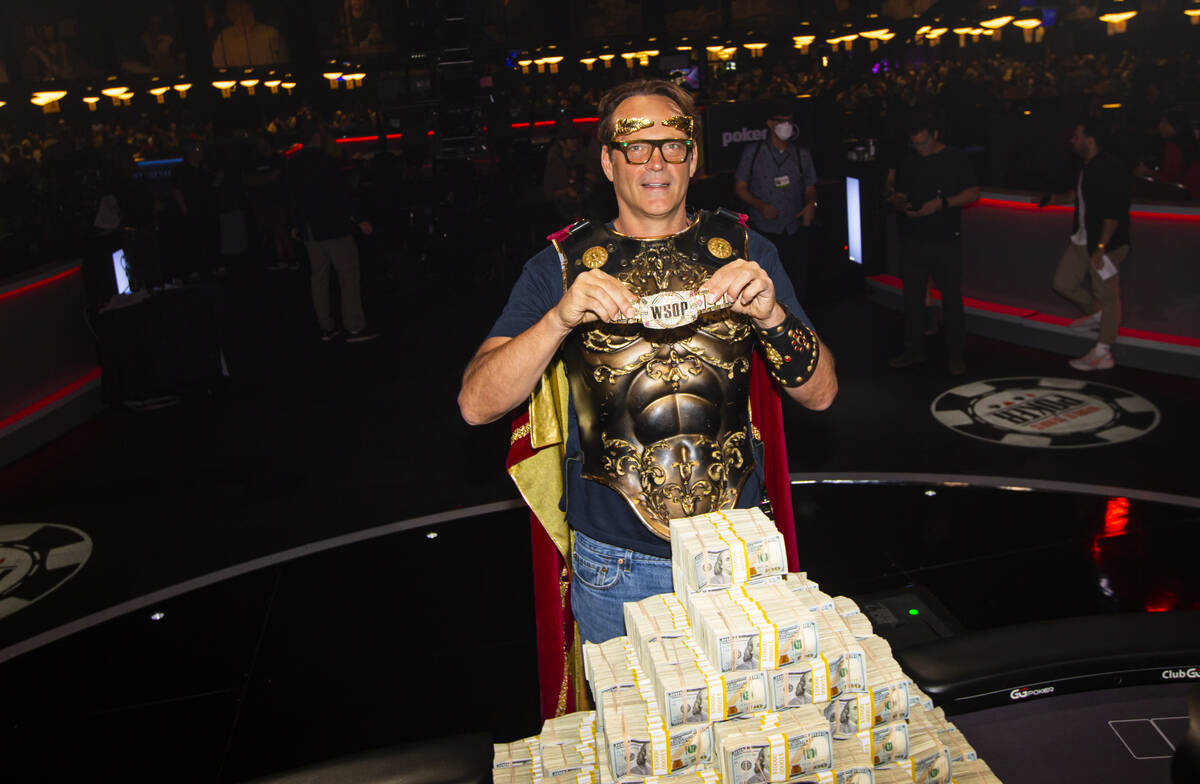 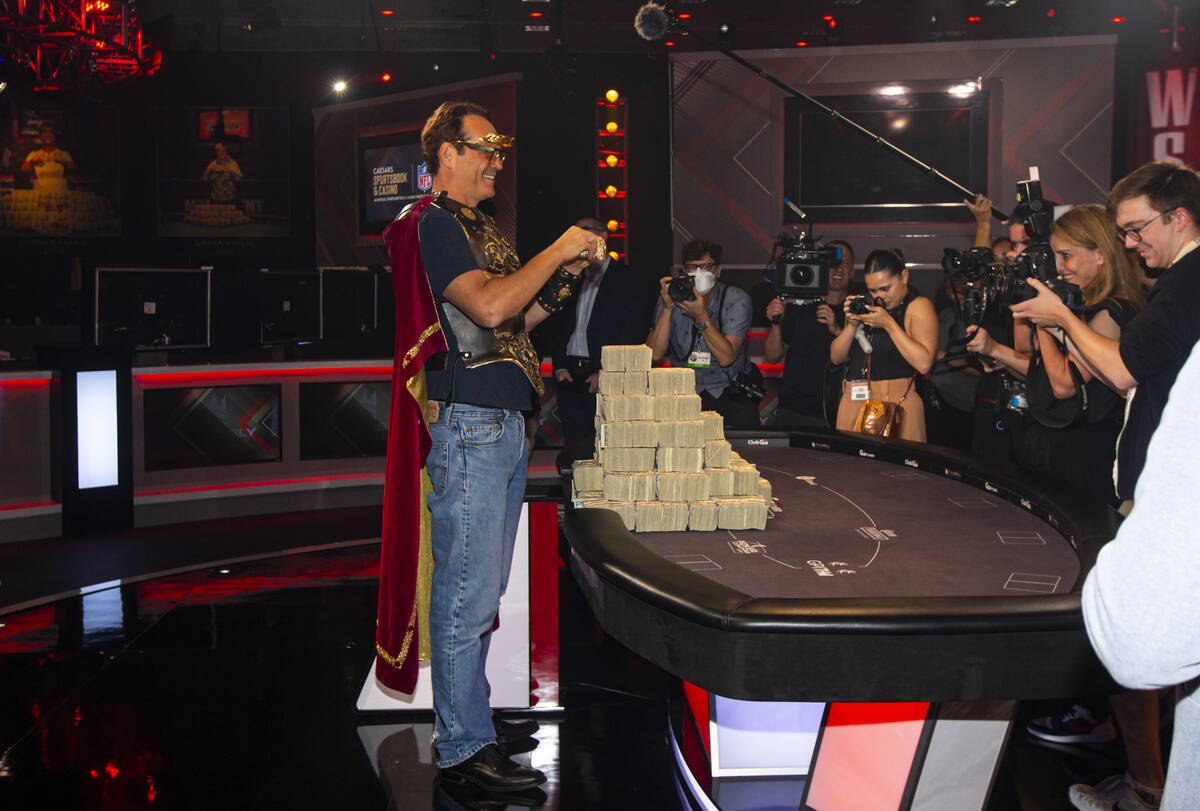 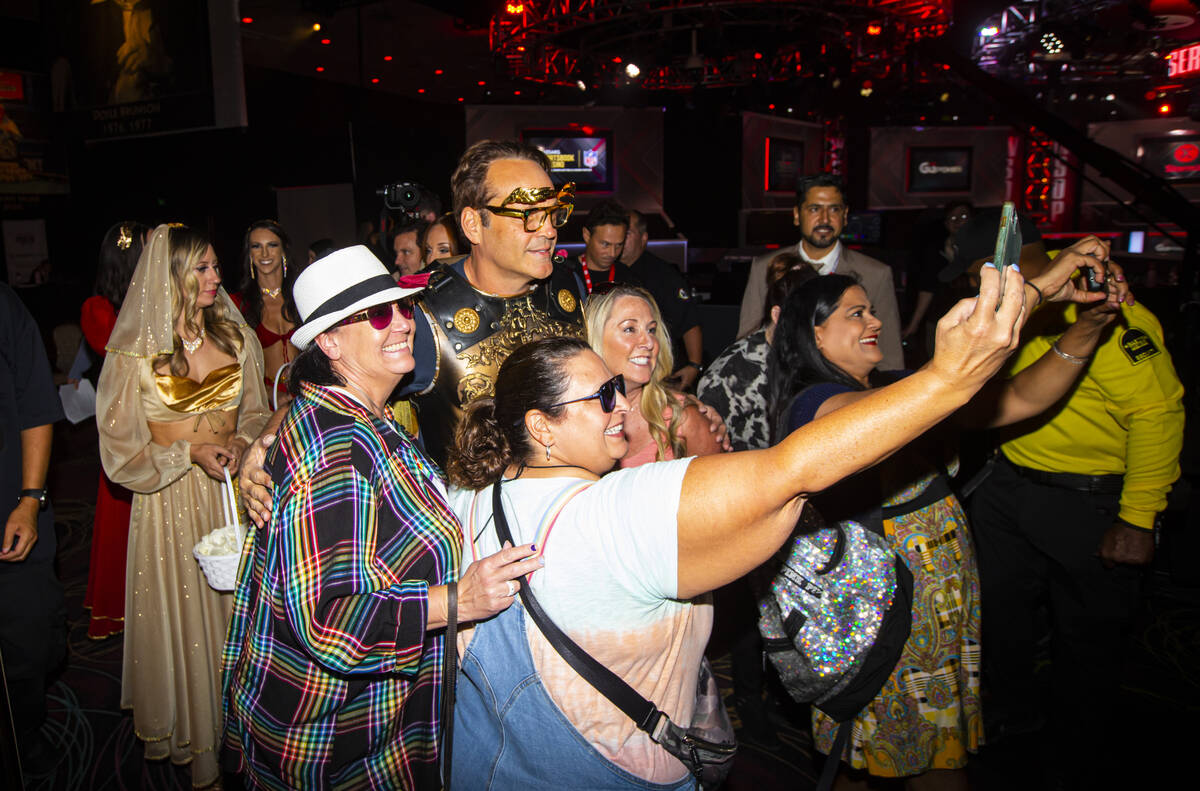 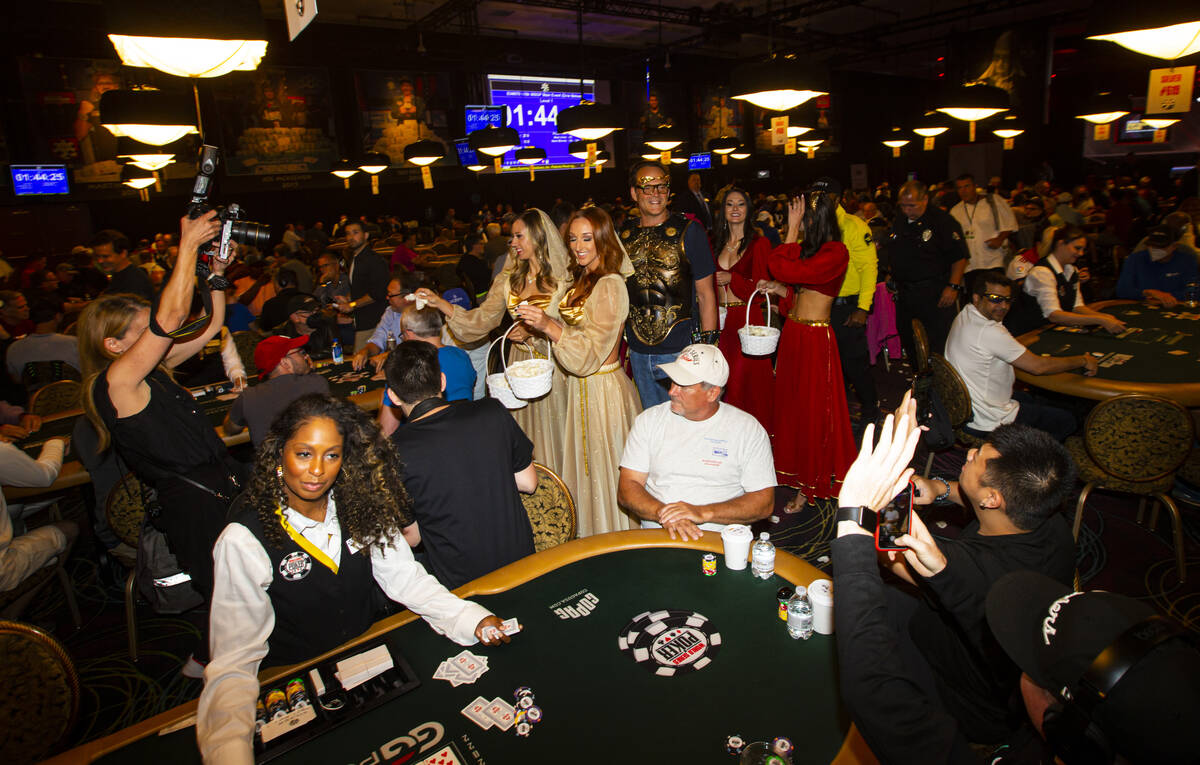 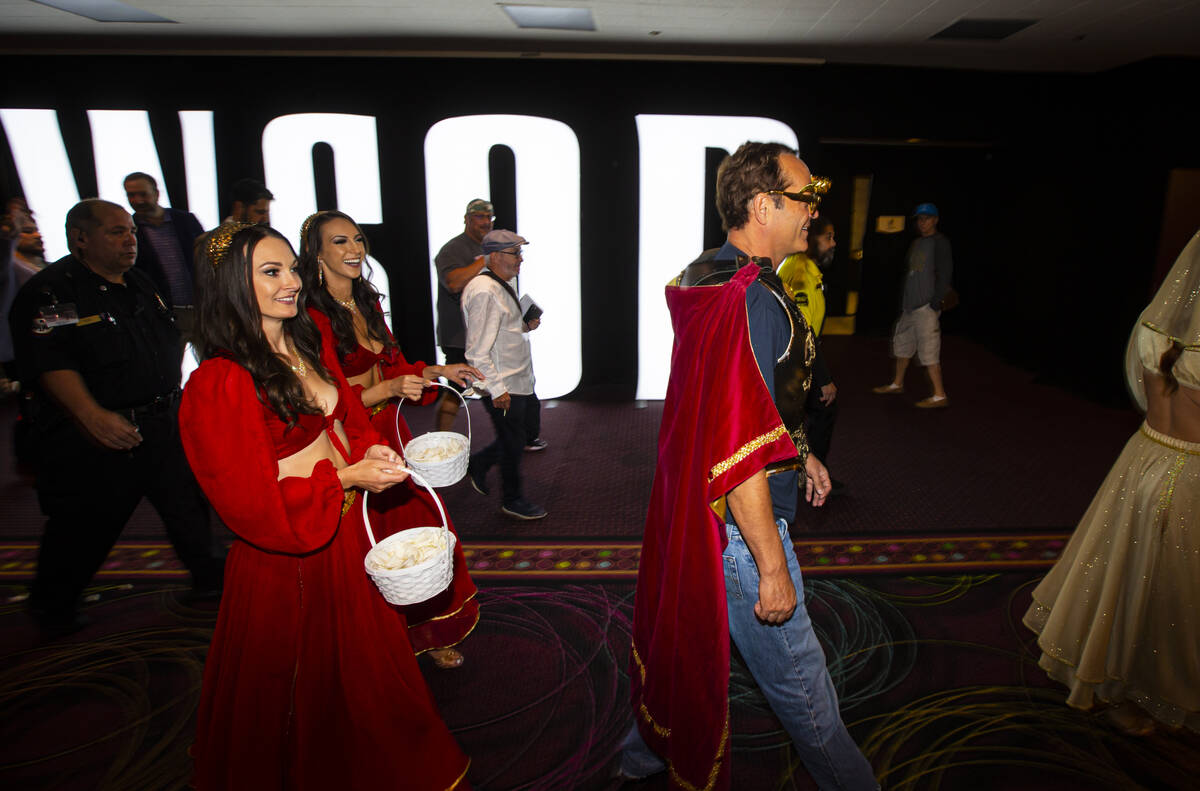 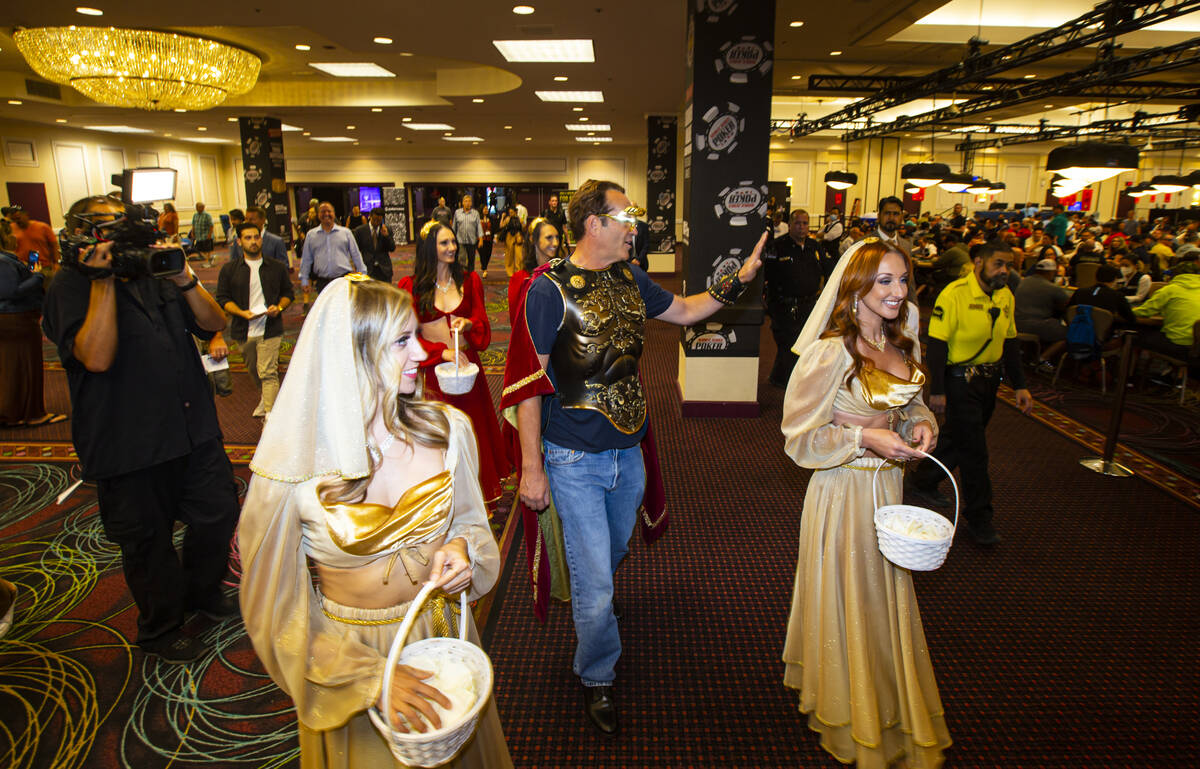 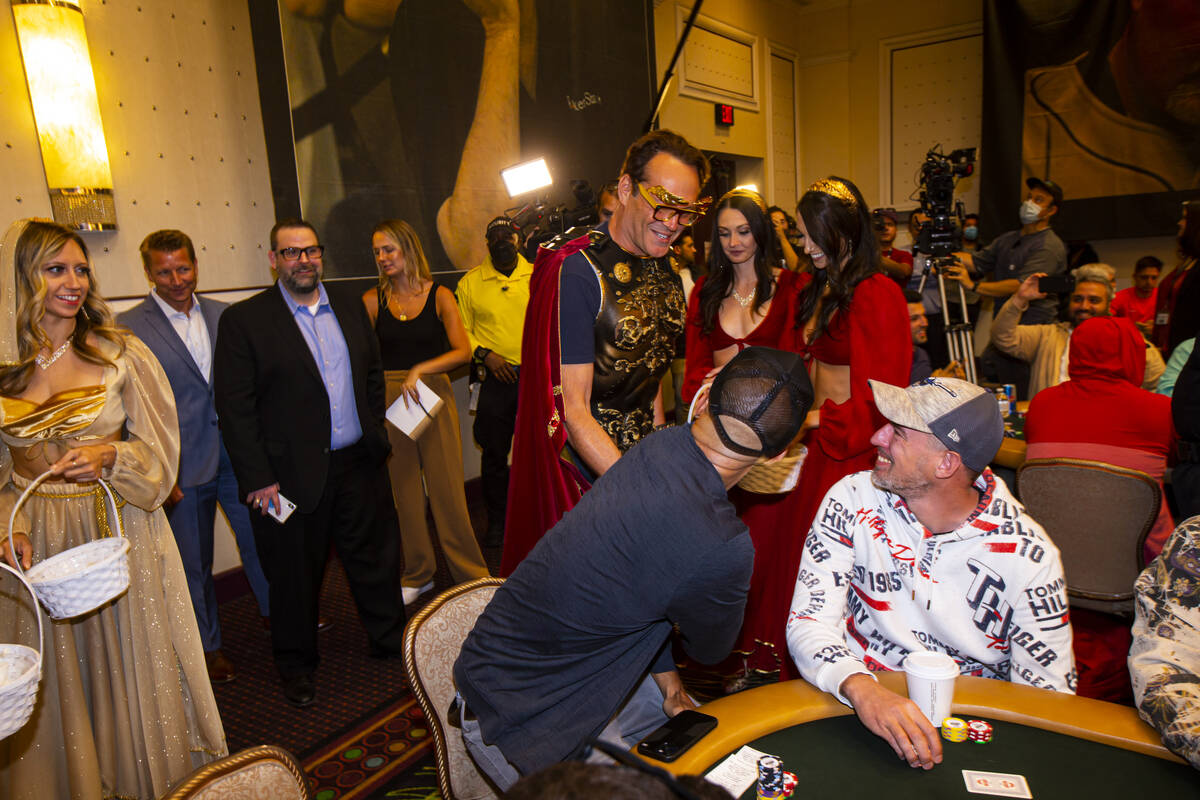 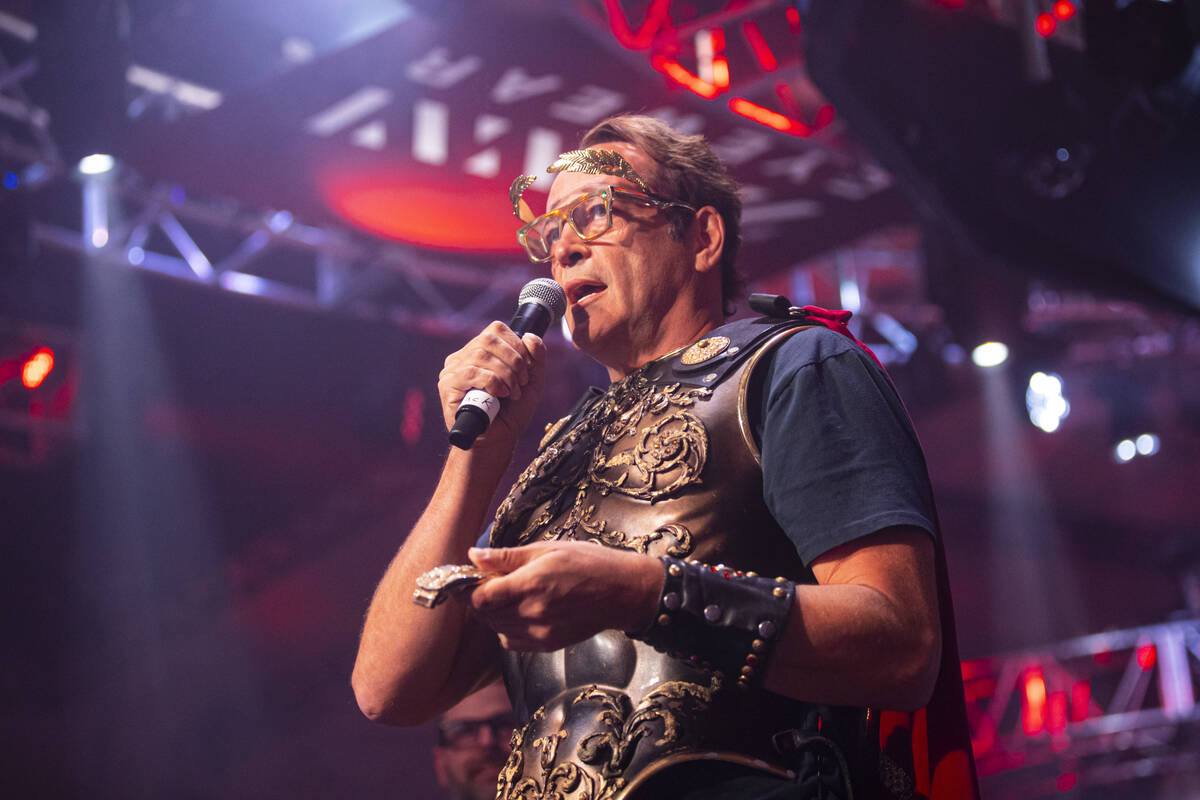 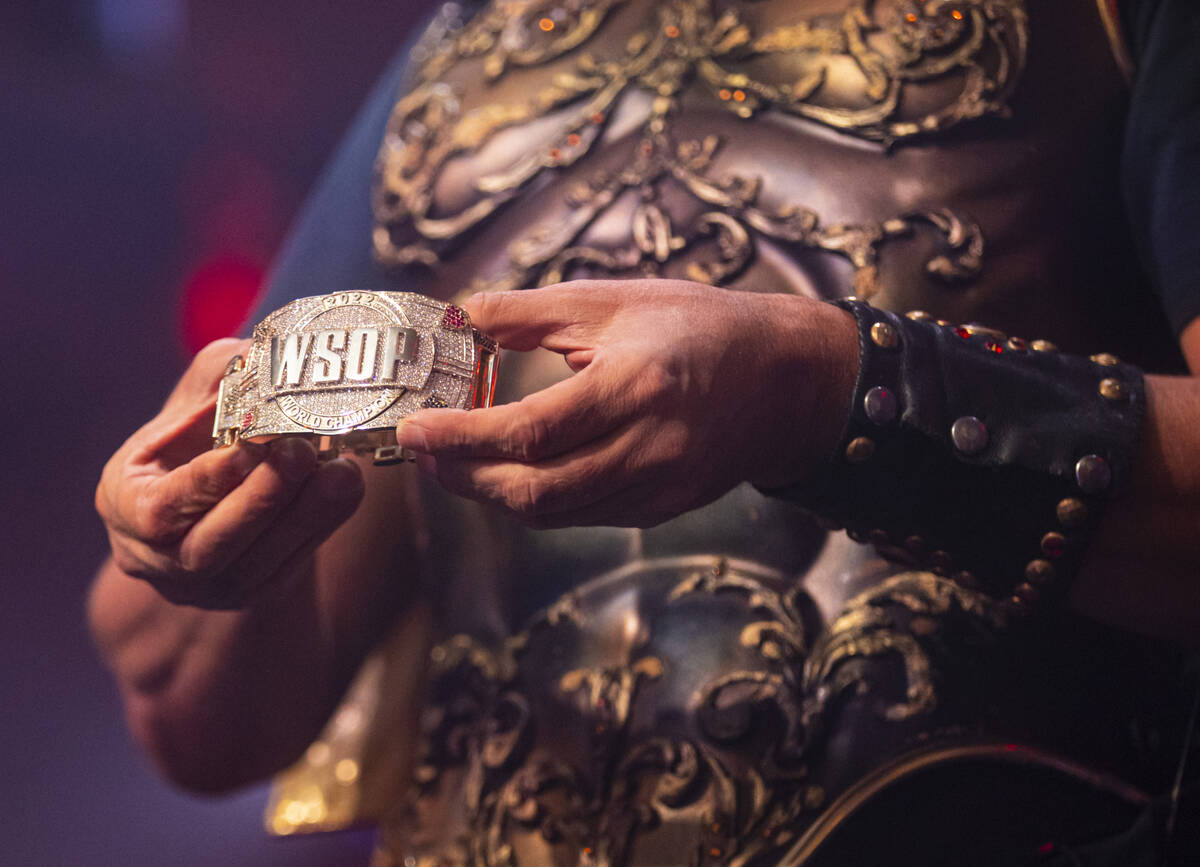 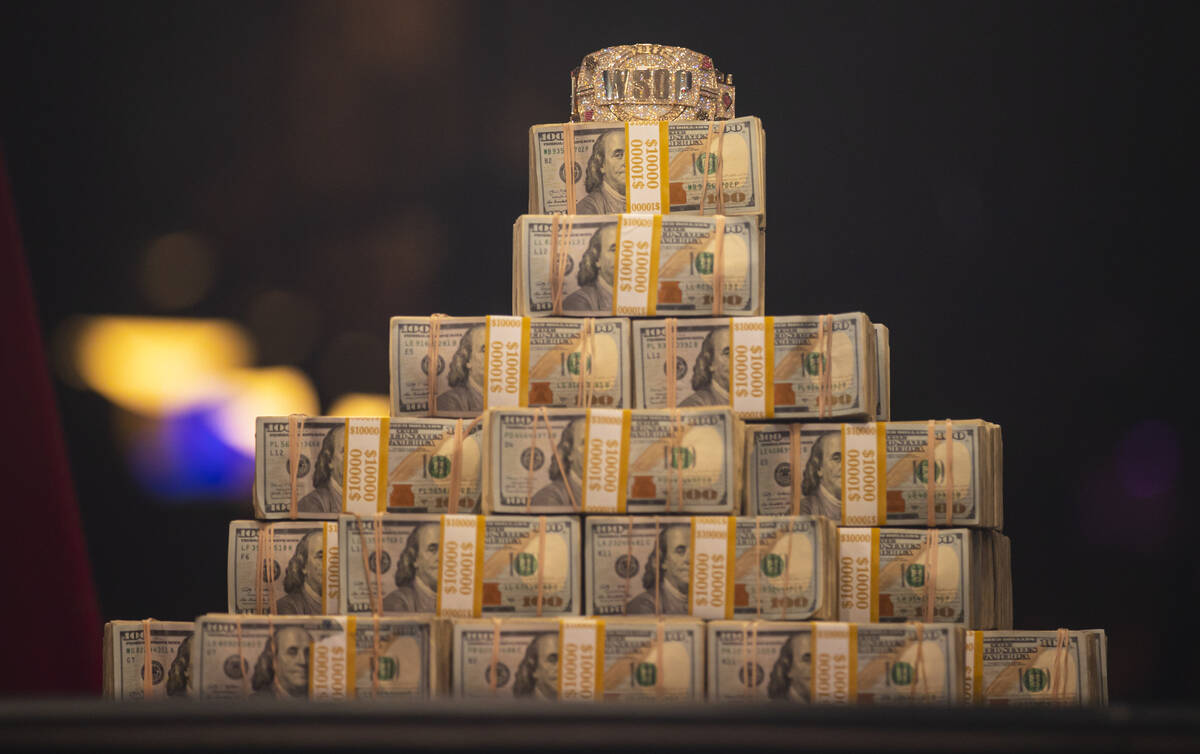 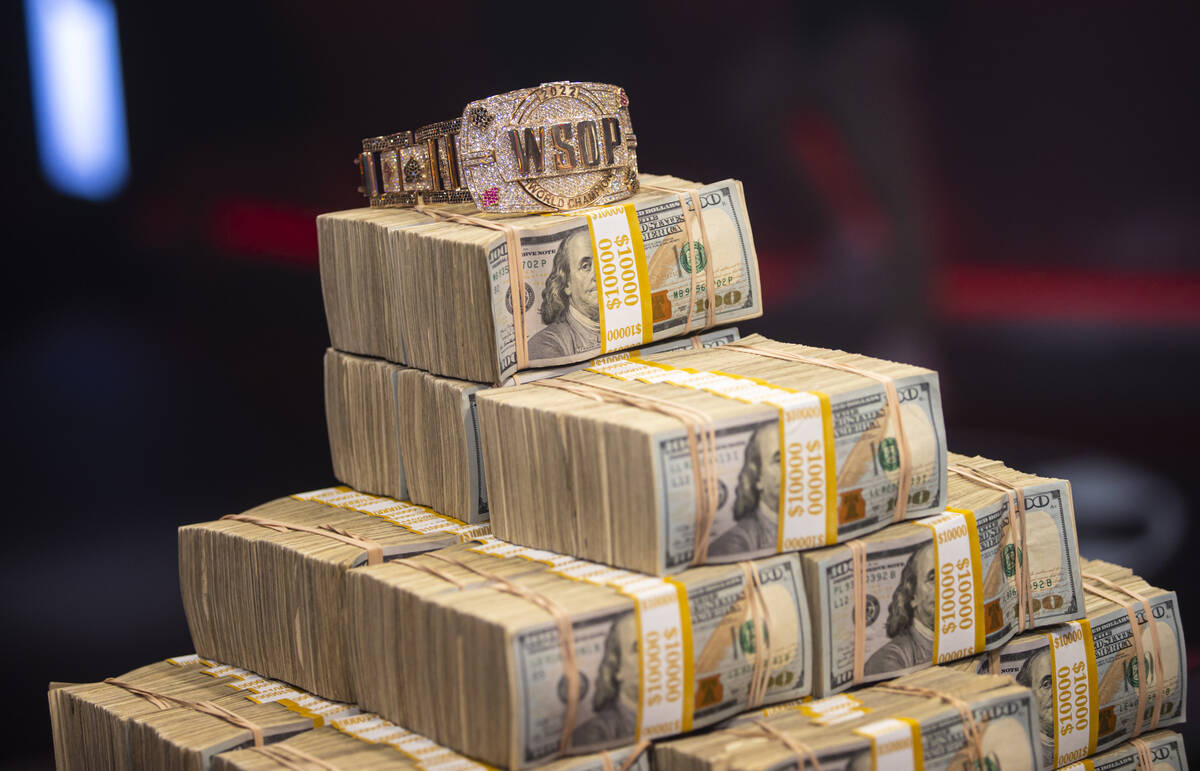 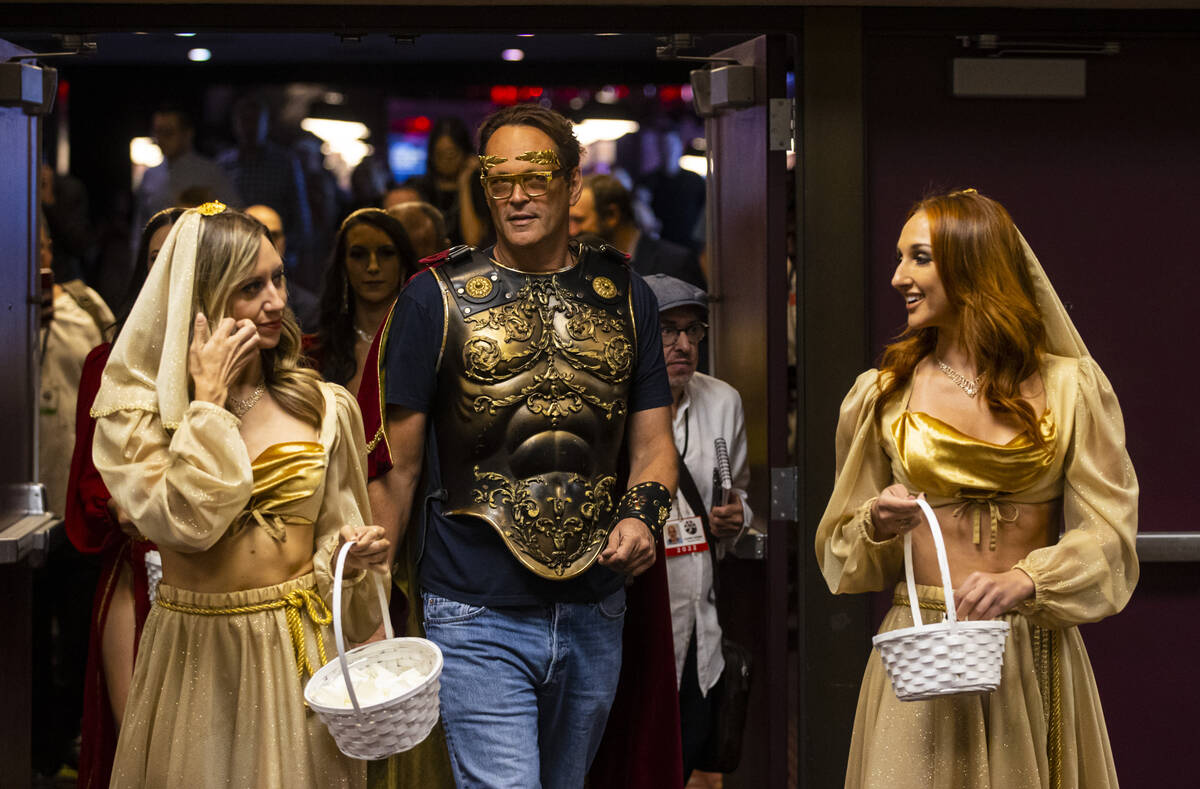 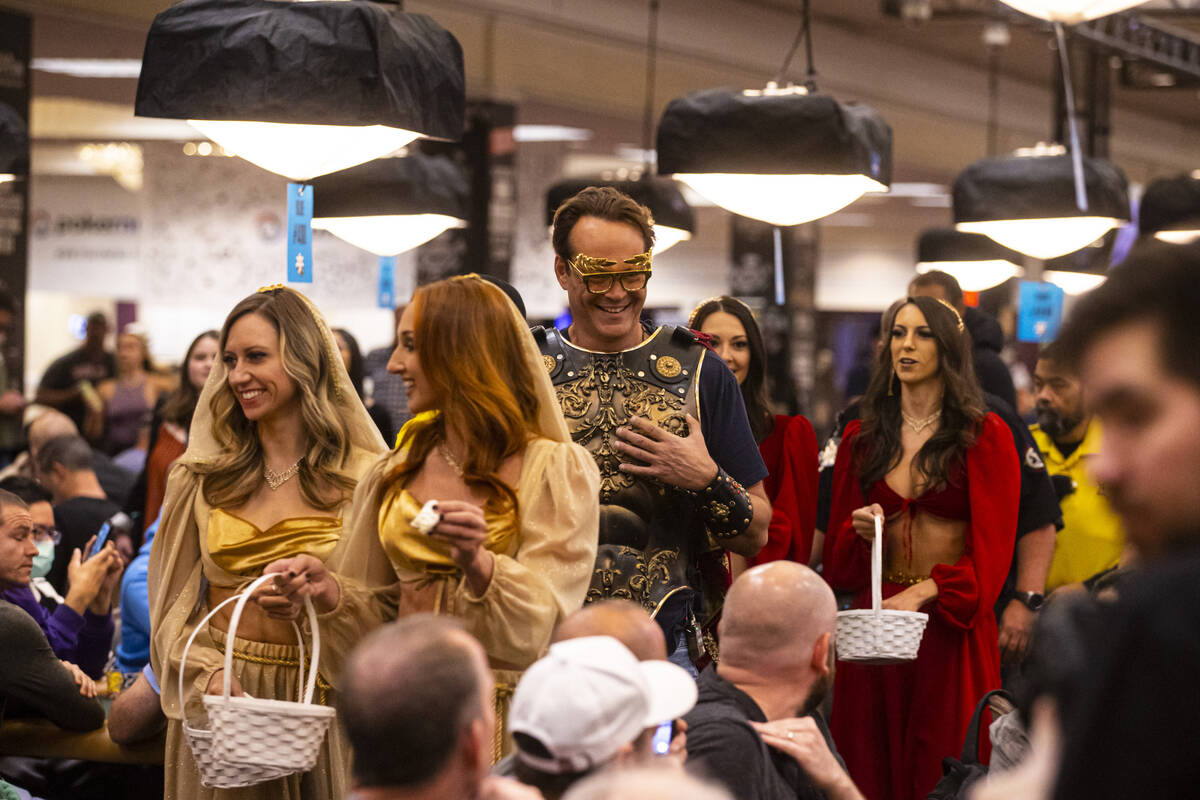 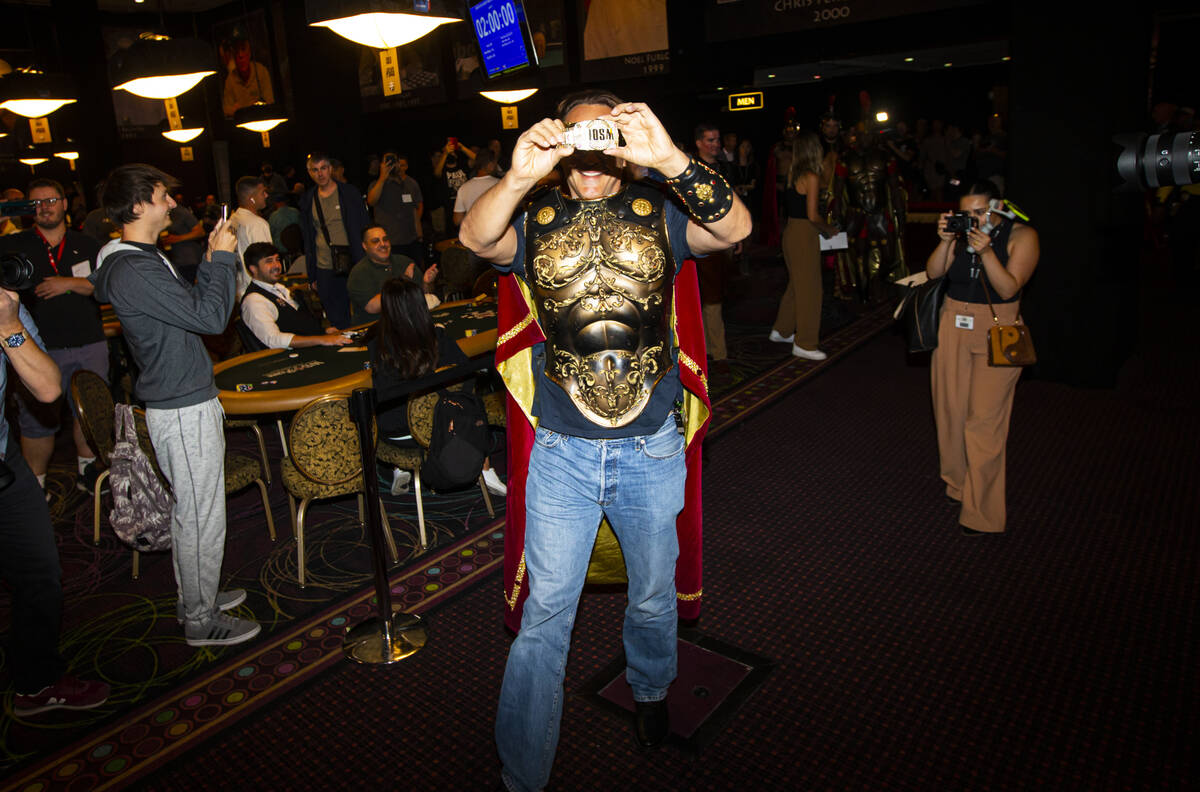 Vince Vaughn has been an unofficial ambassador for Las Vegas since he delivered the iconic line “Vegas, baby, Vegas!” in the 1996 movie “Swingers.”

The actor, also known for his roles in “Wedding Crashers,” “Old School” and “Dodgeball,” made a grand entrance Wednesday at Bally’s as the official master of ceremonies for the World Series of Poker.

After being carried into the Event Center by Roman centurion guards, Vaughn unveiled the new WSOP Main Event gold bracelet and gave the ceremonial “shuffle up and deal” announcement before holding court with reporters.

He said the line that became Las Vegas’ signature pop culture catchphrase was in the screenplay written by Jon Favreau.

“I’ve been fortunate that a lot of these comedies over the years, sometimes those things get cultural, and I’ve had it happen a few times, with ‘Ear muffs’ and different things,” Vaughn said. “But ‘Vegas, baby, Vegas,’ was definitely just the excitement to go to Vegas that I think everyone has with that drive setting out from California, and then obviously the drive being a little more tedious than one expects when the energy starts kind of made it funny.

“But it’s been nice to see how it’s kind of stayed around and been kind of a calling for such a fun American city.”

Vaughn, 52, then interacted with players, including former Main Event champion Chris Moneymaker and 10-time WSOP bracelet winner Phil Ivey, who were on hand for the fourth and final starting flight of the Main Event.

More than 4,000 entries signed up Wednesday alone for the $10,000 buy-in No-limit Hold’em World Championship, bringing the total number of entries to 7,700 as of Wednesday afternoon.

With registration for the Main Event open through Friday, WSOP executive director Ty Stewart is hopeful that this year’s tournament field will break the record of 8,773 set in 2006.

“It’s probably a coin flip right now if we get there,” he said. “We’re all shooting for the 8,774. To be quite candid, I would be disappointed if we didn’t hit the record. But it doesn’t put a damper on what is probably the best World Series of Poker of all time.

“We’ve had a series of record-setting events, and it’s been wonderful to be on the Strip.”

“I grew up playing cards, so I’ve always loved playing,” Vaughn said. “I used to go to the Bicycle Club quite a bit when I was younger in California and play. And like everybody else, we used to have those crazy games with your friends where everything was wild and you’d get to call your games.

“I definitely got interested in the No-limit once that started. It felt like something, if you spent some time on, you at least felt you could get decent at.”

Like his character “Double Down Trent” in “Swingers,” Vaughn said he always doubles down when he plays blackjack.

“I’ve always enjoyed Vegas. I like to play cards, and the shows and the restaurants. It’s always fun,” he said. “I used to come as a kid. I saw Sinatra when I was younger right here at Bally’s. I think it was 1990 or soon after. But it was an incredible experience. This is such a historic place as well.”

Vaughn is shooting a limited series in Florida for Apple TV called “Bad Monkey” with Bill Lawrence, the co-creator of “Ted Lasso.”

He said there’s been talks about making a sequel to “Wedding Crashers.”

“We haven’t landed on a script that everyone likes yet. But I know there’s some interest in it,” he said. “Wedding Crashers 2: Las Vegas. Why not?”