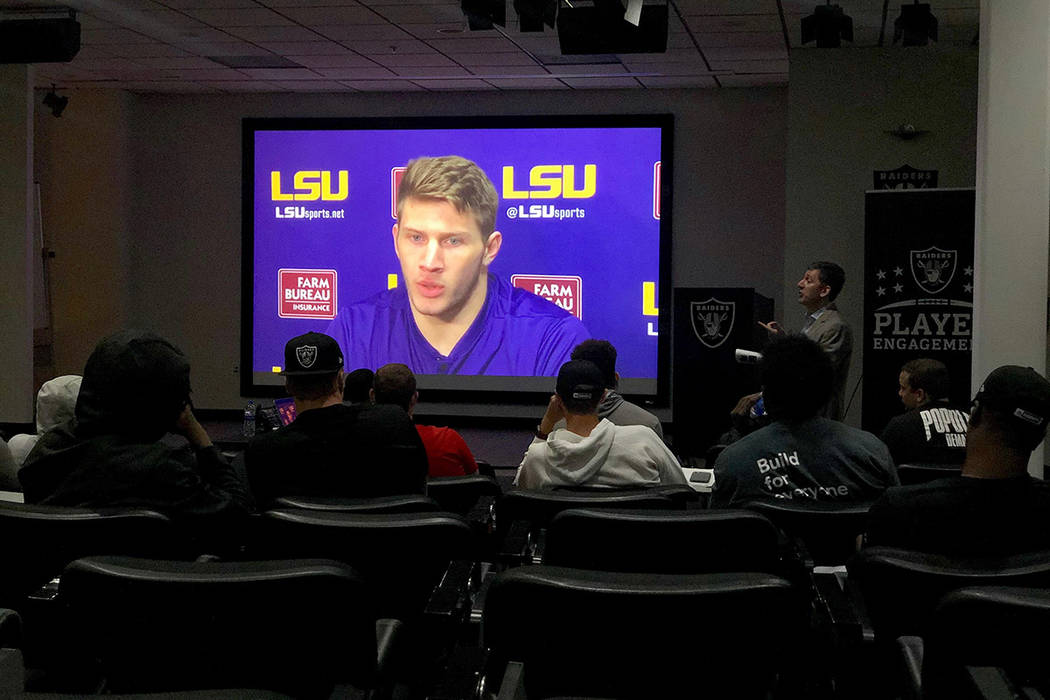 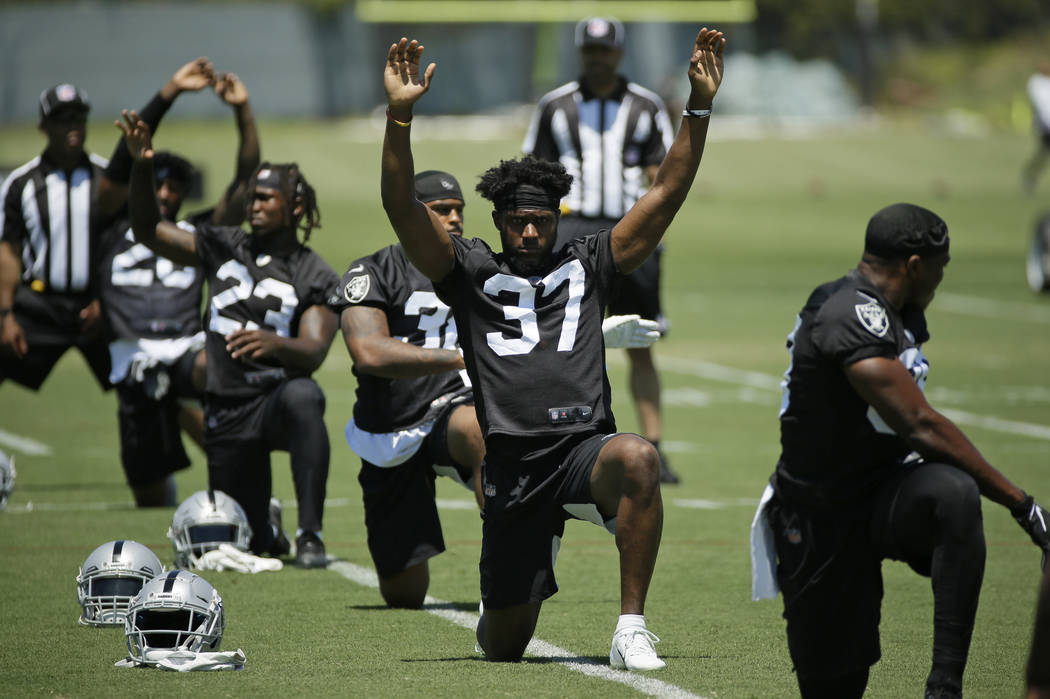 ALAMEDA, Calif. — Dylan Mabin stood behind a lectern Tuesday on an elevated stage inside the Raiders’ meeting room, scouring over about 20 of his fellow rookies.

For the next several minutes, these weren’t teammates.

What are Antonio Brown and Richie Incognito like as teammates?

What is the difference between on-camera Jon Gruden and coach Gruden?

What is your message to Oakland Raiders fans dealing with the relocation to Las Vegas?

Since 2016, all NFL teams are required to run an in-house rookie transition program. The Raiders booked Matalon, whose hourlong session on media came at a prudent time.

Arguably no rookie class will receive more media exposure in 2019.

The Raiders will be featured this summer in the NFL Films and HBO series “Hard Knocks.” An NFL-high two games will be played internationally — in Canada in August and in London in October. Community appearances are divided between the Bay Area and Las Vegas, where the club is scheduled to move in 2020.

“You’ve got to be prepared,” said Matalon, founder of Matalon Media. “What is your message? … Don’t wing it. If you plan by winging it, you’ll fail by winging it. … I’m telling them to own their key messages and then illustrate them with stories and examples that are safe because you don’t want to hurt anyone in the process.”

Along with traditional, text-driven slides, he offered photo and video examples of how members of the Raiders’ rookie class have represented themselves in the media, be it since joining the organization or while in college. Analysis went beyond a player’s words, including such components as attire.

One clip of tight end Foster Moreau, a fourth-round pick, showed him successfully addressing a tough subject last December while at Louisiana State, supporting cornerback Greedy Williams’ decision to forgo the Fiesta Bowl and declare for the NFL.

The formal media training was his first, he said.

“Growing up, as a joke, I would interview myself or interview my friends,” Mabin said. “We’d be playing one-on-one basketball (in high school) or something like that, and I’d walk up. ‘Hey, what do you have to say about this?’ We would take it serious. Someone would come up and put up a fake mic in front of you, and you’d be like, ‘Well, you know, they had us in the first half.’ ”

Raiders rookies also went off-site as part of their program.