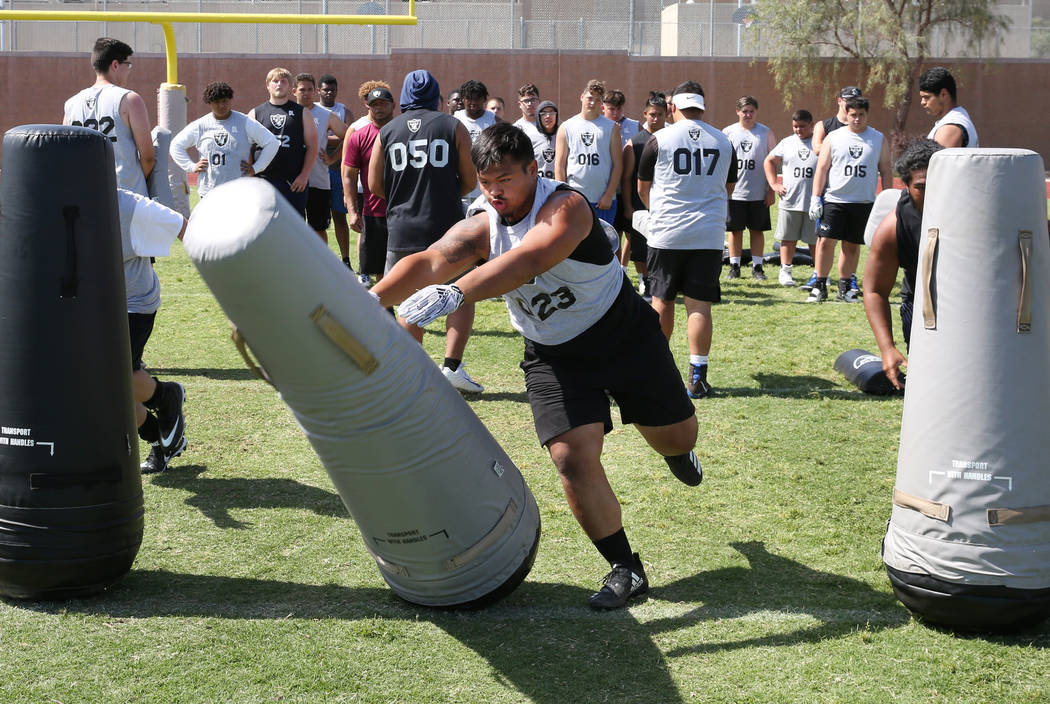 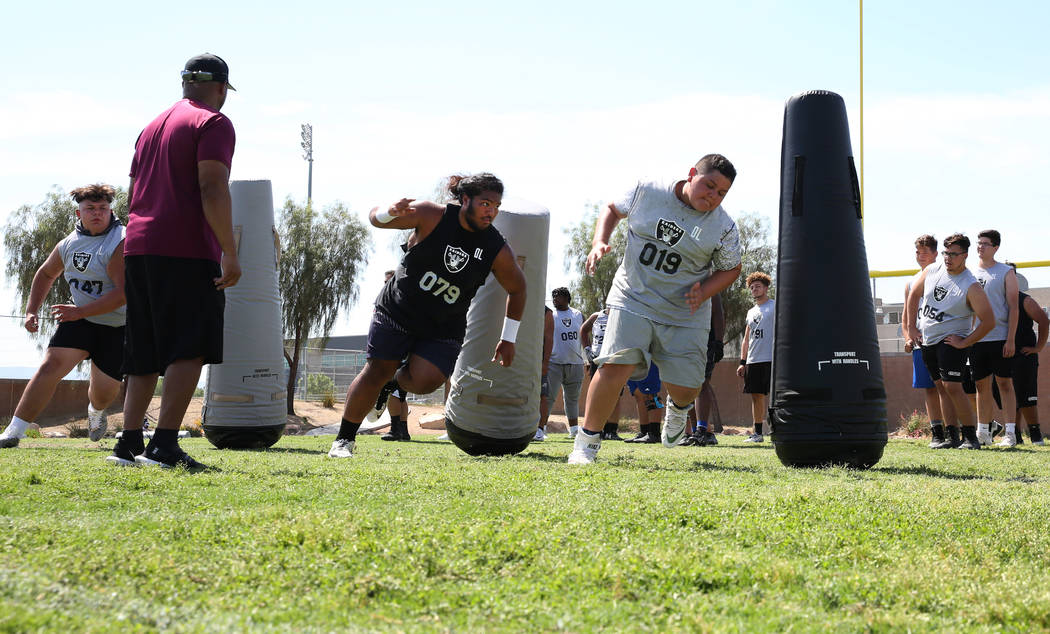 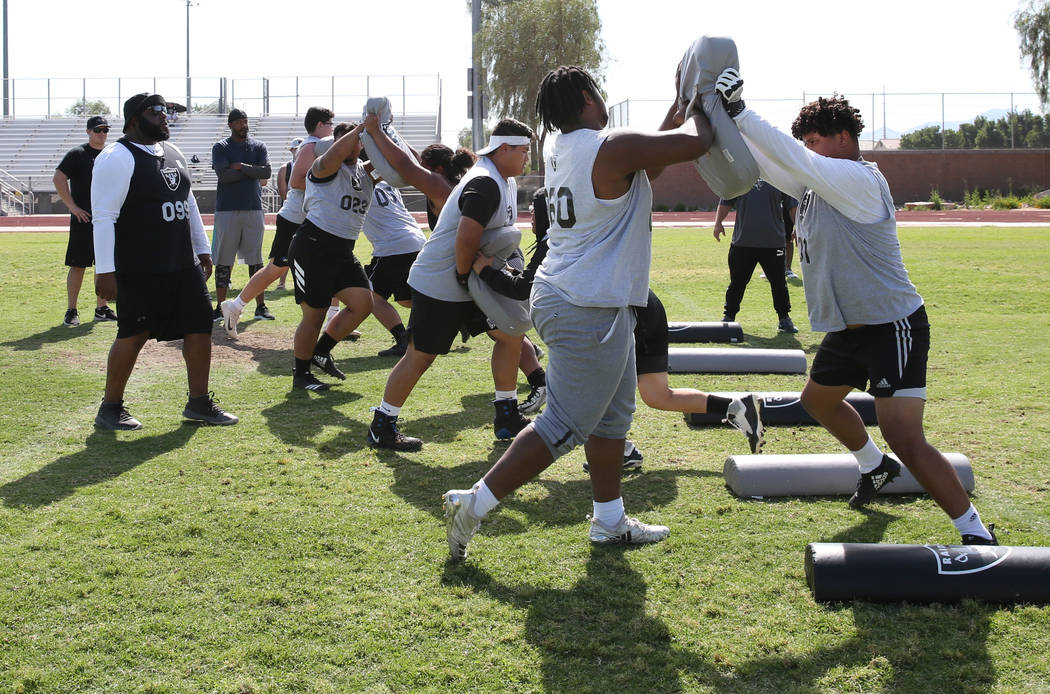 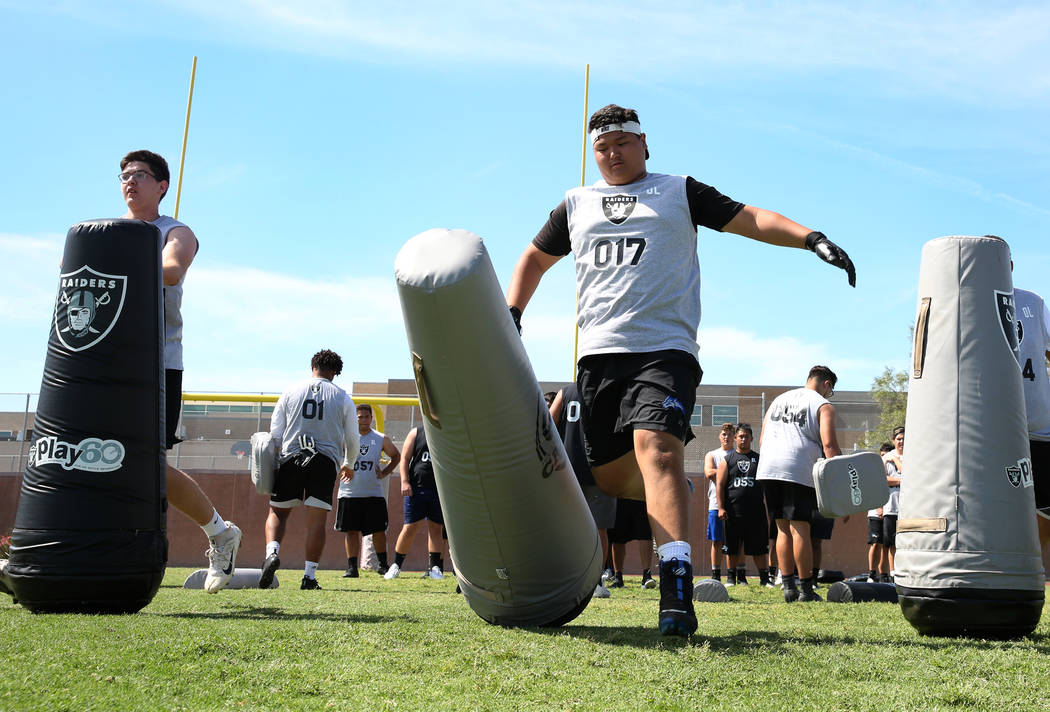 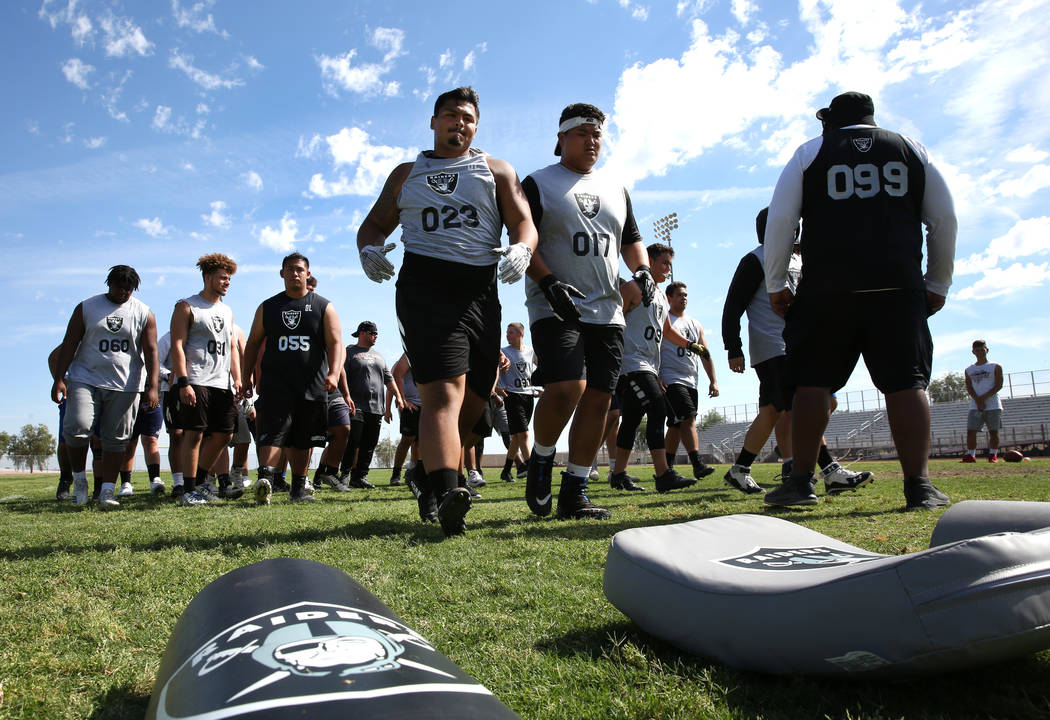 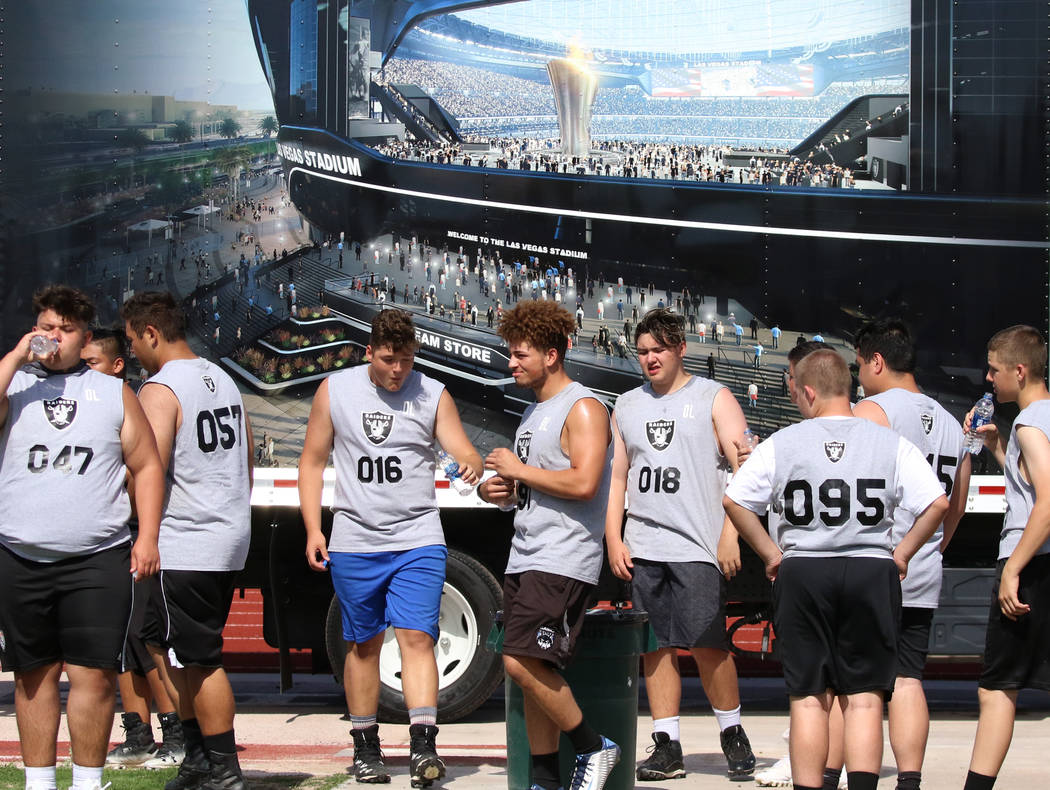 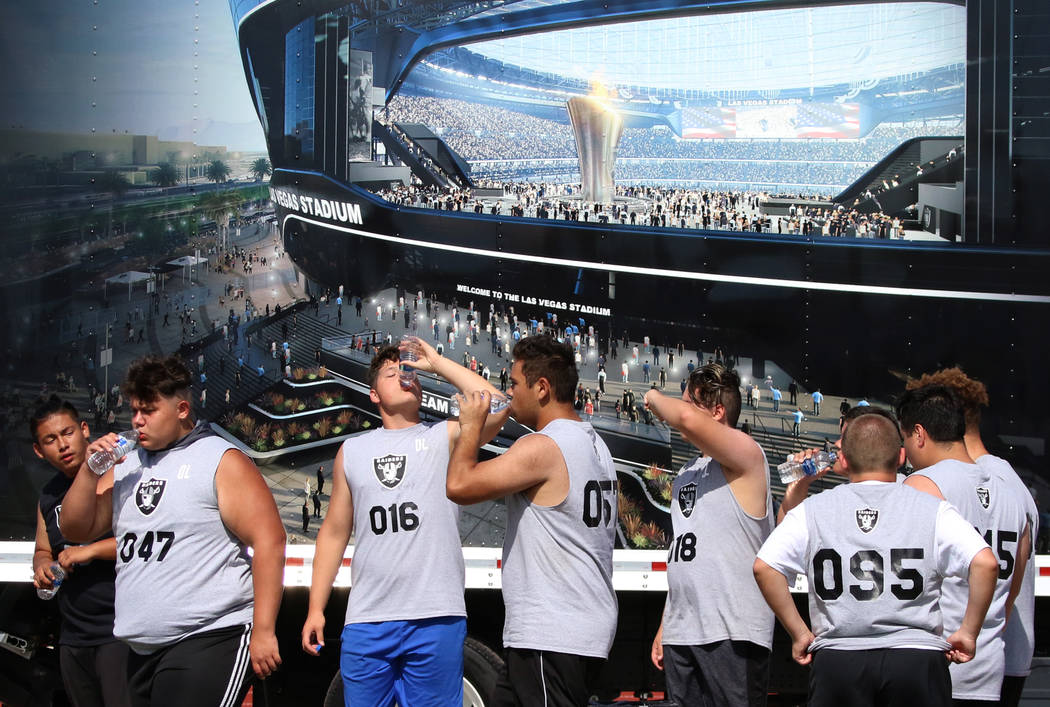 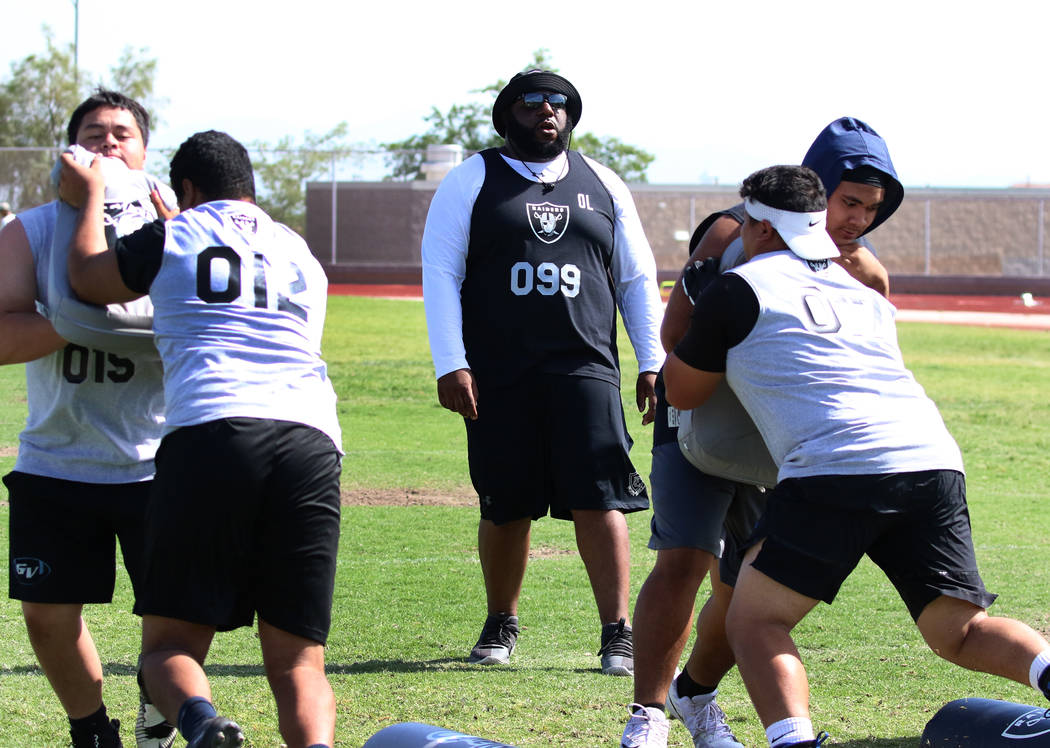 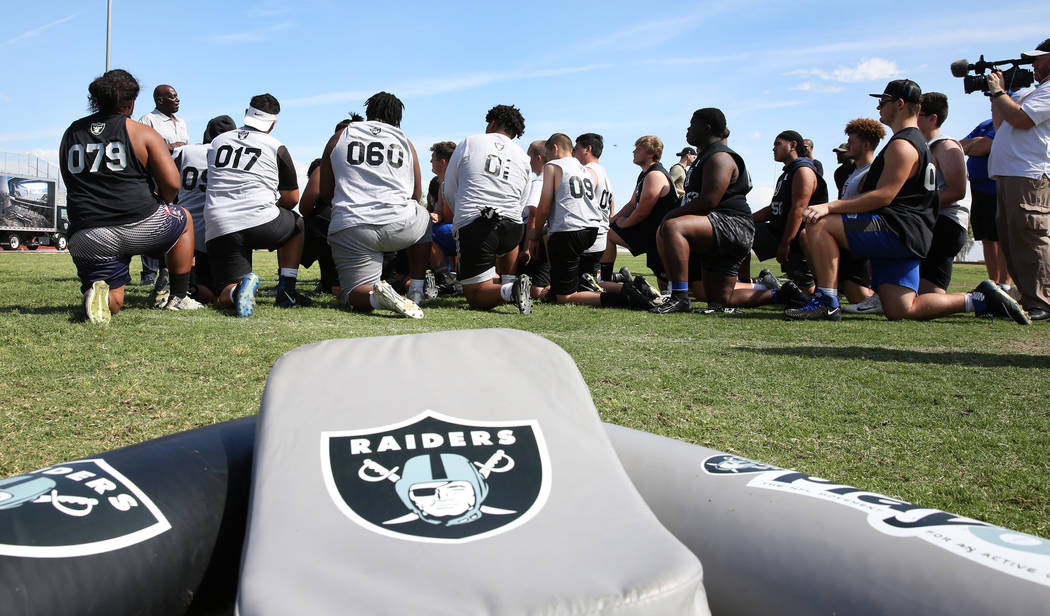 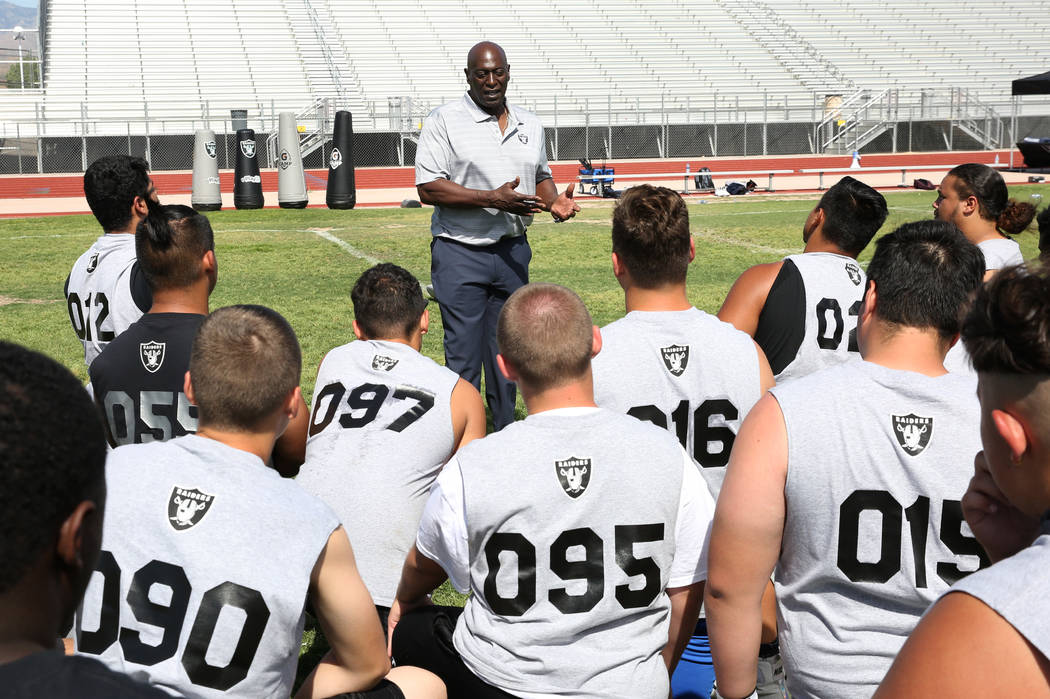 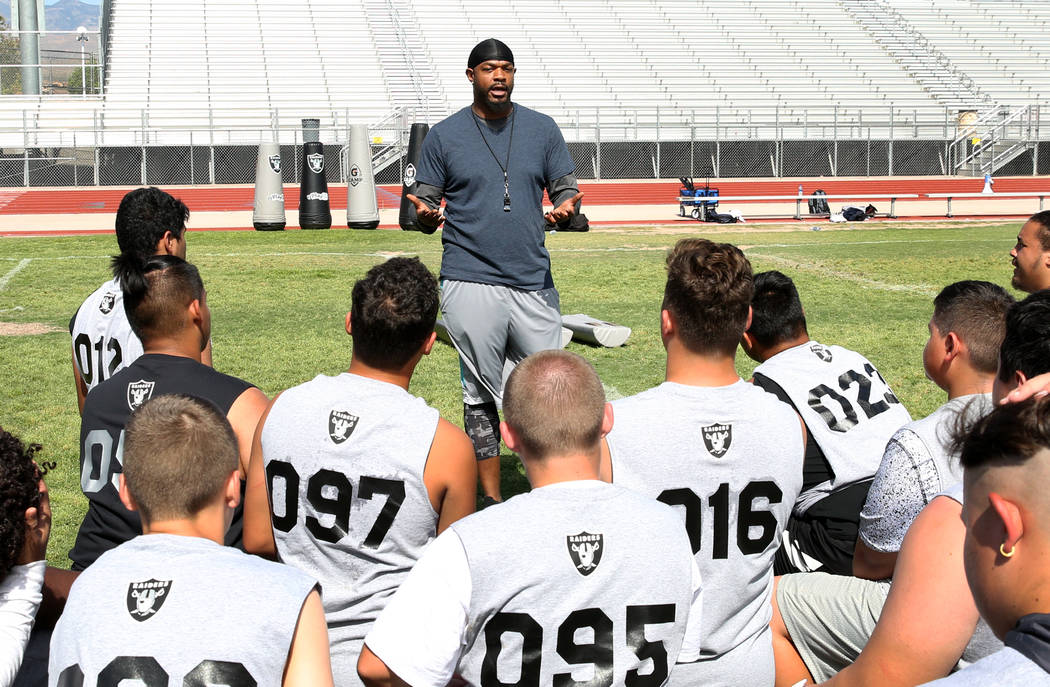 The Oakland Raiders hosted a camp for high school offensive and defensive lineman at Desert Oasis High School on Thursday.

Former Raider and two-time Super Bowl champ Reggie Kinlaw attended the camp to give the athletes some words of encouragement.