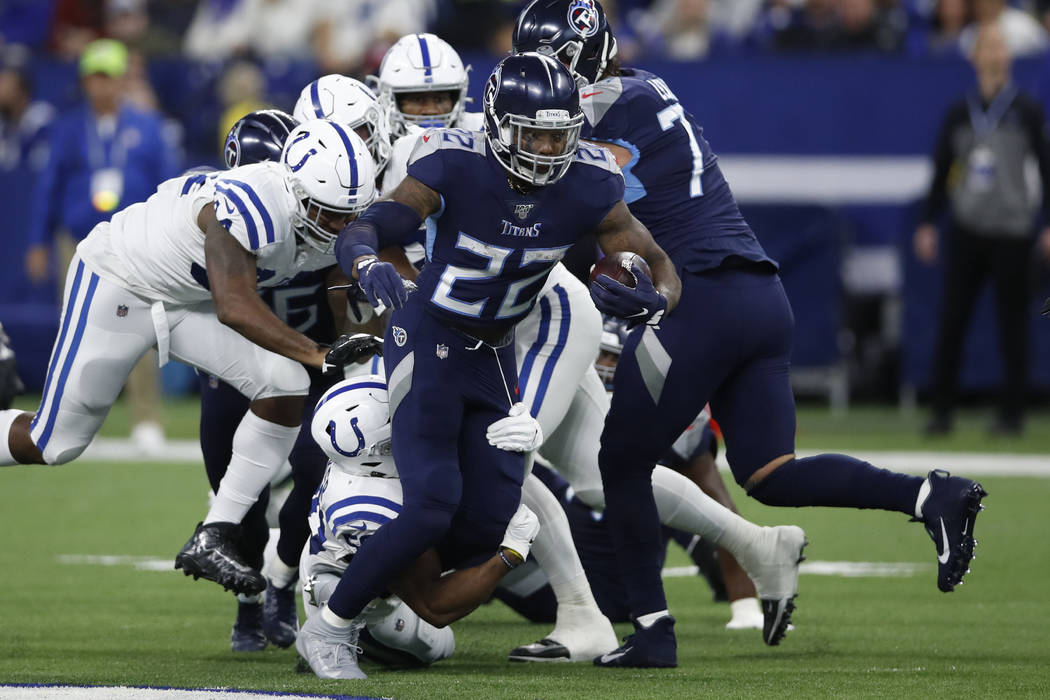 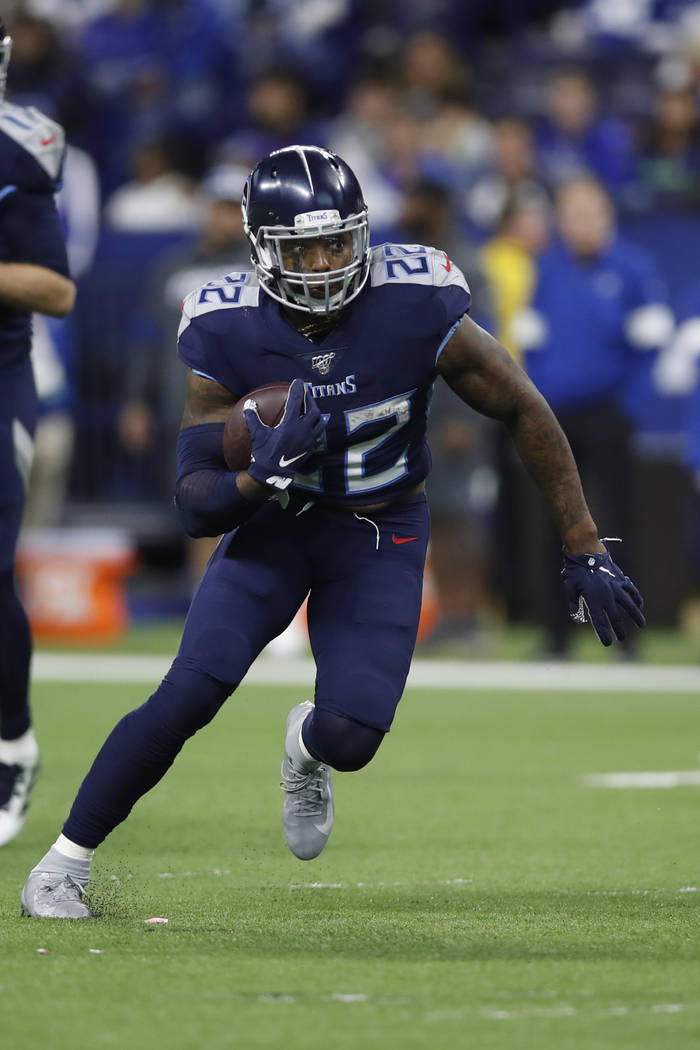 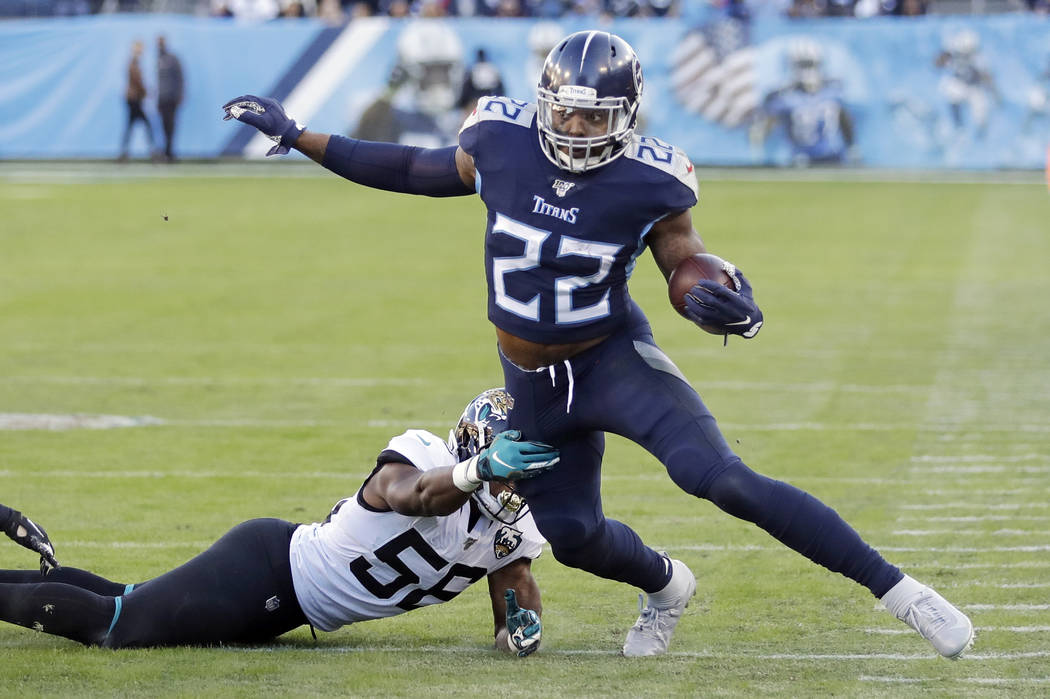 Tennessee Titans running back Derrick Henry (22) gets past Jacksonville Jaguars linebacker Quincy Williams (56) in the first half of an NFL football game Sunday, Nov. 24, 2019, in Nashville, Tenn. (AP Photo/James Kenney)

ALAMEDA, Calif. — After two blowout losses on the road, the Raiders (6-6) will be playing their penultimate game at the Oakland-Alameda Coliseum against the Titans (7-5) on Sunday.

The Raiders are 4-1 in Oakland this season, but the victories came against teams with a combined 12-35-1 record.

Tennessee has won five of its past six games since Ryan Tannehill took over for former No. 2 overall pick Marcus Mariota as the Titans’ starting quarterback after a 2-4 start.

The Raiders are still in the hunt for a wild-card spot but badly need a win Sunday to keep those playoff hopes alive.

With that in mind, here are three things to watch for:

1. Can the Raiders slow Henry?

Running back Derrick Henry has been unstoppable in the past three weeks, rushing for 188 yards against the Chiefs, 159 against the Jaguars and 149 against the Colts. He’s averaging 7.3 yards per carry on 68 attempts in the games, all victories.

The Raiders’ run defense has been mostly solid, but there were significant issues in the past two home games. Oakland defeated the Chargers but allowed 146 yards rushing, then beat the Bengals but gave up 173 yards on the ground.

If the Titans can control the game with Henry, who seems to improve the more he gets the ball, it could be a long day for the Raiders’ defense.

2. Will the Raiders fix penalty and turnover issues?

After playing three games without committing a turnover, the Raiders committed seven in their past three games, including two interceptions and a fumbled kickoff return last week in Kansas City.

Quarterback Derek Carr has been intercepted three times in the past two games but has played well at home, throwing three interceptions in five games.

Also, the Raiders committed 12 accepted penalties to the Chiefs’ zero in the 40-9 loss.

Tennessee is tied for 21st in the NFL in penalties with 80. The Raiders have been called for 104 penalties, second in the league to the Jaguars’ 105. If Oakland continues to be undisciplined — particularly on presnap and dead-ball fouls — the Titans should have a clear advantage.

3. Can the Raiders defend Tannehill?

Tannehill leads the league in yards per attempt (9.1) and passer rating (113.9). He’s thrown 12 touchdowns to four interceptions and has made plays with his legs, rushing for nine first downs and three touchdowns.

The Raiders’ pass defense has been inconsistent, but allowed only 163 yards to Patrick Mahomes last week after giving up 313 to the Jets the previous week. Oakland will need to be at its best to defend against Tannehill and his top receivers, rookie A.J. Brown and Corey Davis. Slot receiver Adam Humphries will miss the game because of an ankle injury.