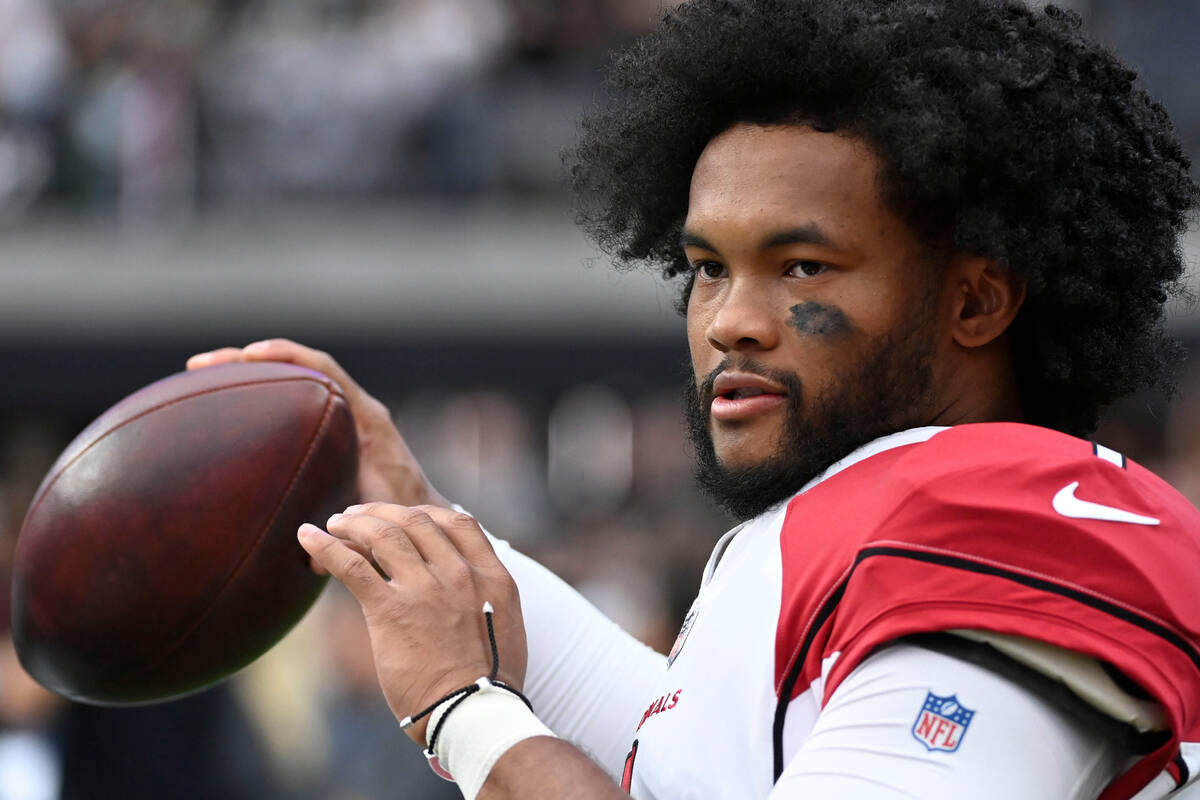 Arizona Cardinals quarterback Kyler Murray warms up on the sideline during the first half of an NFL football game against the Las Vegas Raiders Sunday, Sept. 18, 2022, in Las Vegas. Police in Las Vegas say they're investigating allegations that a fan struck Murray amid celebrations of Arizona's 29-23 overtime victory over the Raiders. (AP Photo/David Becker, File)

Las Vegas police said Monday they’re investigating allegations that a fan in the stands attacked a player after Arizona’s 29-23 overtime victory over the Raiders.

Metropolitan Police Department policy doesn’t allow them to identify victims of such alleged attacks, but a video surfaced online Sunday night that involved Cardinals quarterback Kyler Murray in such an incident.

The video shows a fan standing in the Wynn Field Club at the stadium striking Murray in the face with an open hand, as the star player celebrated the Cardinals’ overtime win against the Raiders with fans in the club area.

Metro Police said a crime report was filed and the incident is being investigated. Police do not yet know the identity of the suspect.

Cardinals coach Kliff Kingsbury said Monday that he hadn’t seen the video of the alleged altercation.

“I was just told about it,” Kingsbury said. “But I think that guy’s a lowlife, whoever did it, and I hope they arrest him, he gets fired and can never go to another game.”

Murray has not commented on the incident.

The Raiders on Monday said they were “aware of the incident” and were cooperating with the Las Vegas Metro Police Deparment in its investigation.

The more than 10,000 square-foot space brings the Las Vegas nightlife to the stadium, offering table reservations, bottle service and DJ performances. The area has become a popular place for players to celebrate with fans after big plays or wins.