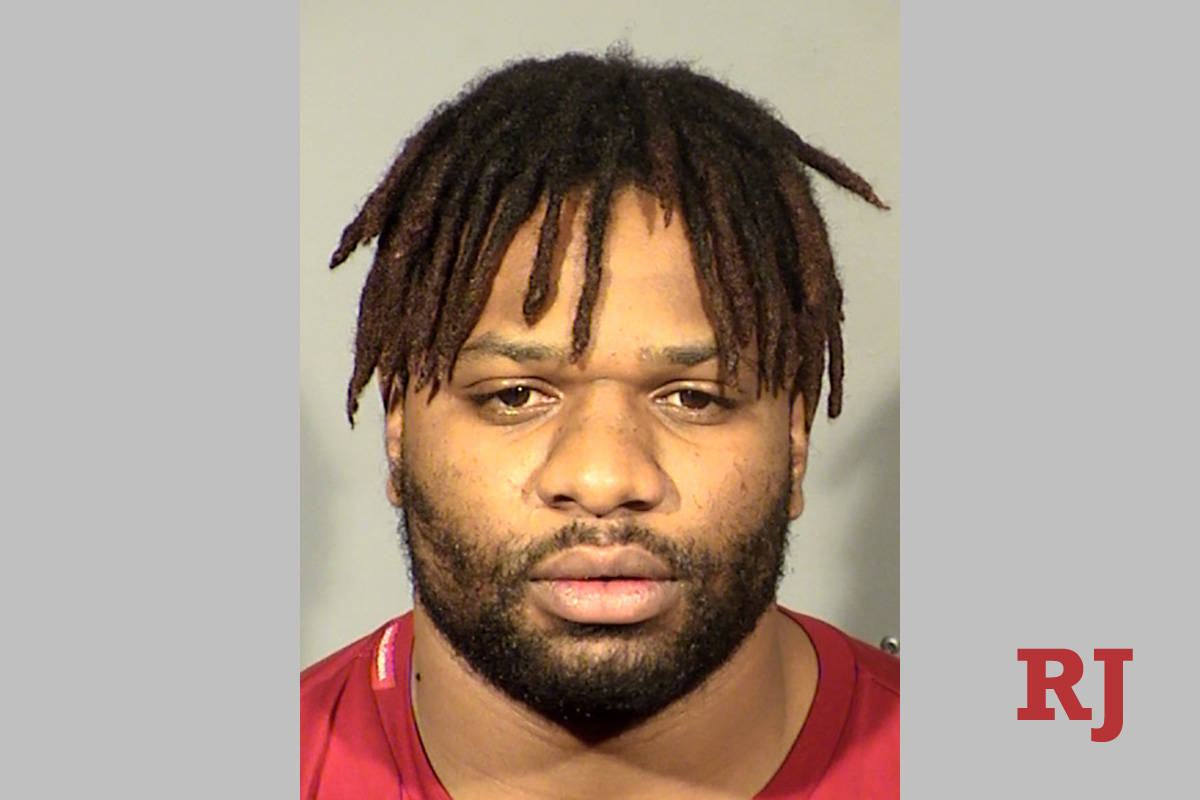 The incident that led to the arrest of former Raiders linebacker Vontaze Burfict over the weekend took place at the top of an escalator at The Cosmopolitan of Las Vegas, according to a report obtained by the Review-Journal.

Security officer Christian Anguiano wrote in a citizens’ arrest report requesting a misdemeanor charge of battery that Burfict and his two friends blocked Anguiano and another security officer from exiting the escalator before attempting to shove him back down.

A scuffle ensued with one of Burfict’s friends taking a swing in the skirmish.

According to the report, the interaction began when the group was “irate” and asking for the location of “Secret Pizza,” a common moniker for The Pizzeria at Cosmopolitan.

The group, identified in the report as Burfict and two other men, began filming security with their phone as they went up the escalator.

At one point, one of the men stuck the phone in Anguiano’s face while riding the escalator and berated him: “What the (expletive) these dudes doing behind us? Look at these clowns following us.”

The physical confrontation occurred Friday around 11:59 p.m., once they reached the top podium.

Anguiano asked them to stop filming, noting the group was blocking the exit to the escalator.

Burfict allegedly tried to push Anguiano back down the escalator and another man in Burfict’s group took a swing at another security officer.

Burfict is due in court on Feb. 3 for a hearing in the case.

Burfict, 30, is a free agent. The former Arizona State standout lists Arizona as his residence.

The longtime Cincinnati Bengals linebacker signed a one-year, $5 million deal with the Raiders in 2019 to reunite with his former defensive coordinator Paul Guenther.

He started the first four games of the season before he was suspended the rest of the year for a helmet-to-helmet hit on Indianapolis tight end Jack Doyle, the longest suspension the league has ever handed out for on-field conduct.

The league indicated the punishment was for repeated and flagrant violations of league safety policies.

He was reinstated after the season, but has not been signed by another team.