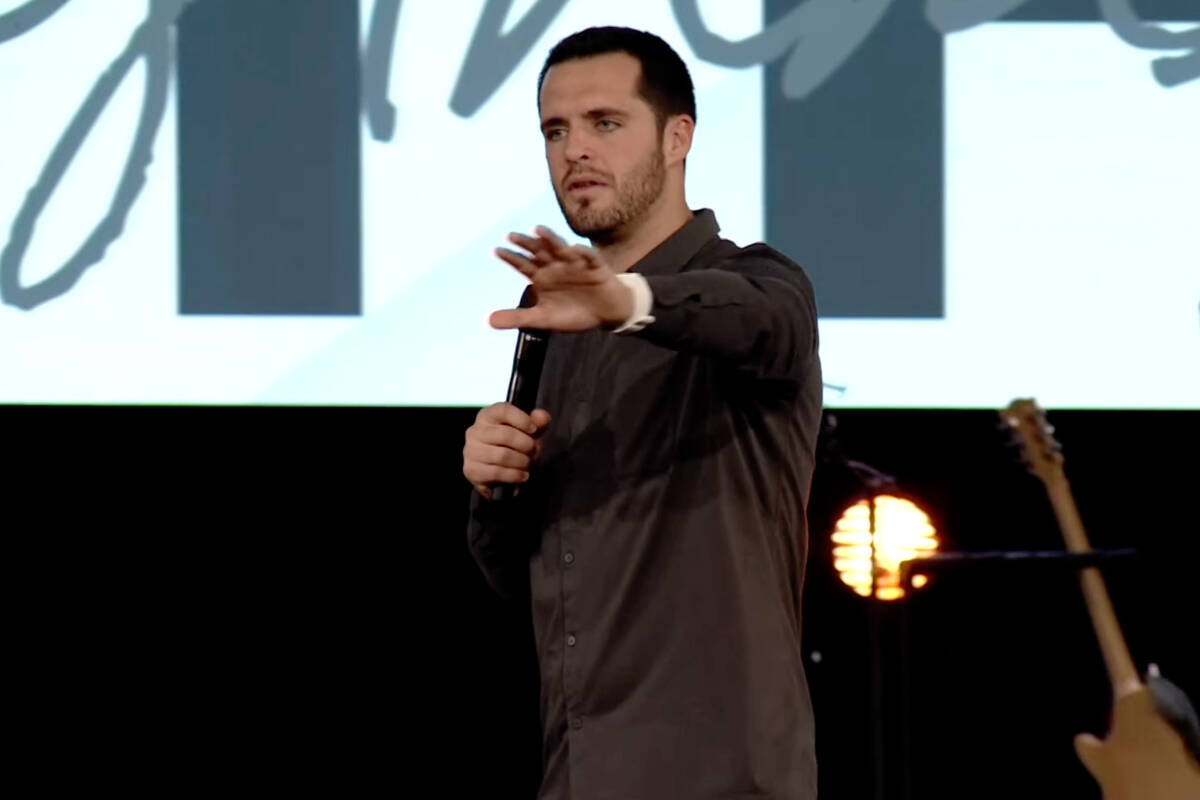 Raiders quarterback Derek Carr serves as a guest speaker during a service at ChurchLV on Saturday, Jan. 15, 2023, in Henderson. (Heidi Fang/Las Vegas Review-Journal) 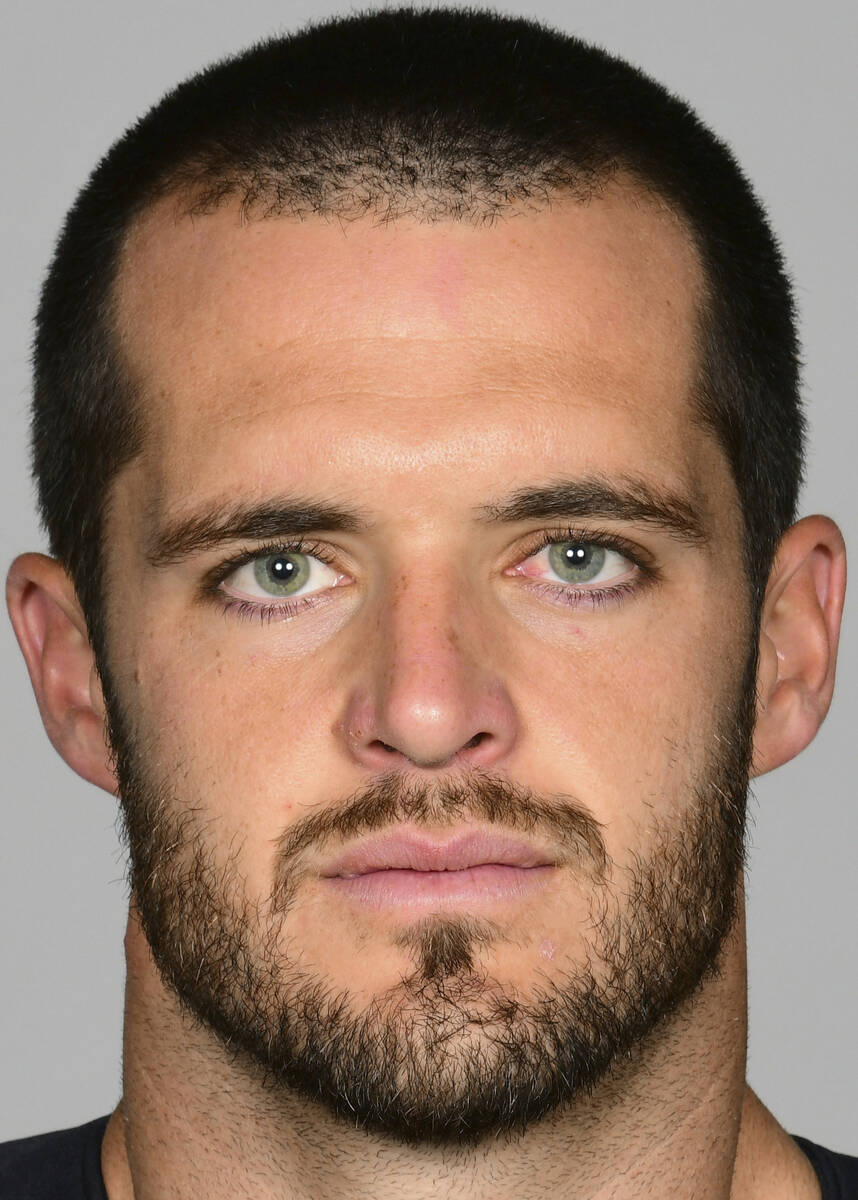 There will, undoubtedly, be time for a proper and just thank you to quarterback Derek Carr for everything he meant to the Raiders over the last nine seasons.

But with Carr almost certainly moving on to another team soon, that day resides in the distant future.

For now, gatherings like the one that occurred Saturday at ChurchLV in Henderson will suffice. Carr, an ordained pastor, was a guest speaker at ChurchLV during the evening service and is scheduled to speak again there twice more Sunday morning.

Saturday represented his first public comments since his Raiders career effectively came to a close when the club sat him down for the last two games of the season. He has since posted a heartfelt goodbye to Raiders fans, and in the coming weeks, he will either be traded or released.

His time in Las Vegas, at least as the quarterback of the Raiders, is coming to an official end.

That explains the hundreds of people who showed up for the 5 p.m. service at ChurchLV, many wearing Raiders gear and Carr jerseys. No doubt many were there to hear Carr’s sermon, one of the countless he’s done over the years.

But plenty of others were there to say goodbye and thank you to the only quarterback they have known for nearly a decade, and someone who has weathered countless storms and coaching changes and roster turnovers while always representing the Raiders with his chin up and head held high.

Fans such as Ernie Montanez, who drove all the way from Victorville to take in Carr’s sermon but also pay his respects.

“The way the whole thing went down, it was kind of a gut punch,” Montanez said. “We all understand it’s a business. And in my heart I know Derek is going to be fine no matter where he ends up. But he meant so much to the Raiders franchise. I wanted to at least be here to say goodbye.”

Carr started the evening presiding over a half-hour men’s prayer, and at times he wove his own recent experience into his message. He even made light of the situation, joking during a sound check ahead of the evening sermon: “And my next team will be,” much to the laughter of those in attendance.

Later, he pointed out the countless text messages he has gotten over the last few weeks asking “are you OK,” but pointed out that anyone who knows about his religious foundation knows he’s doing just fine.

Carr did, however, use the recent events, as humbling and disappointing as they are, as a reminder to not play the victim card or let the opinions of others shape your thinking.

“There’s only one opinion that matters,” Carr said, pointing up.

As for his next move, Carr said that his belief will be his road map and that he has complete faith in whatever the ultimate plan is.

His time with the organization wasn’t always pretty — the Raiders had just two winning seasons in his nine years — but he came to represent a certain resiliency with his never-wavering love for the organization and by showing up to work every day with the firm belief that this was the day everything was going to turn around.

“That is why we have so much respect for him,” said Ben Branco, a Henderson resident who attended Saturday’s service with his son Luke. “One door closes, another opens. He will land on his feet and do well. But it was sad, how it came to an end. I’m just happy we could be here tonight, to see him and thank him.”