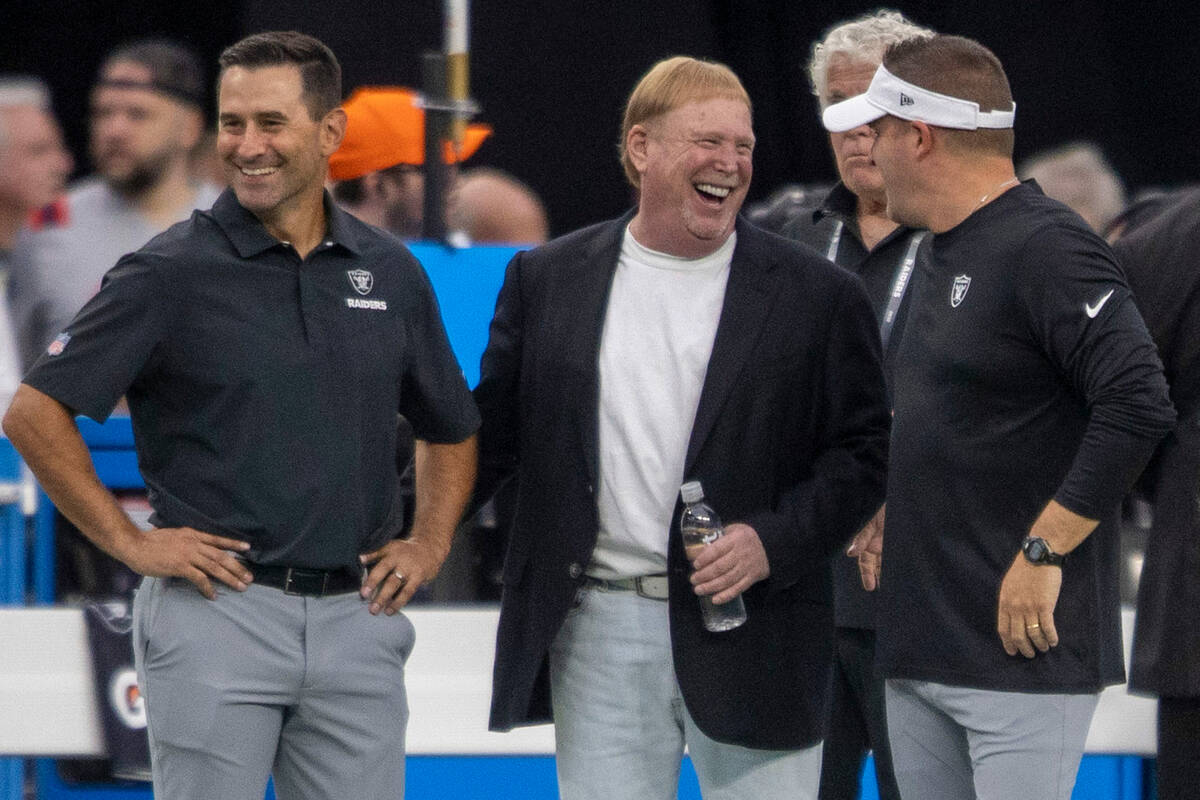 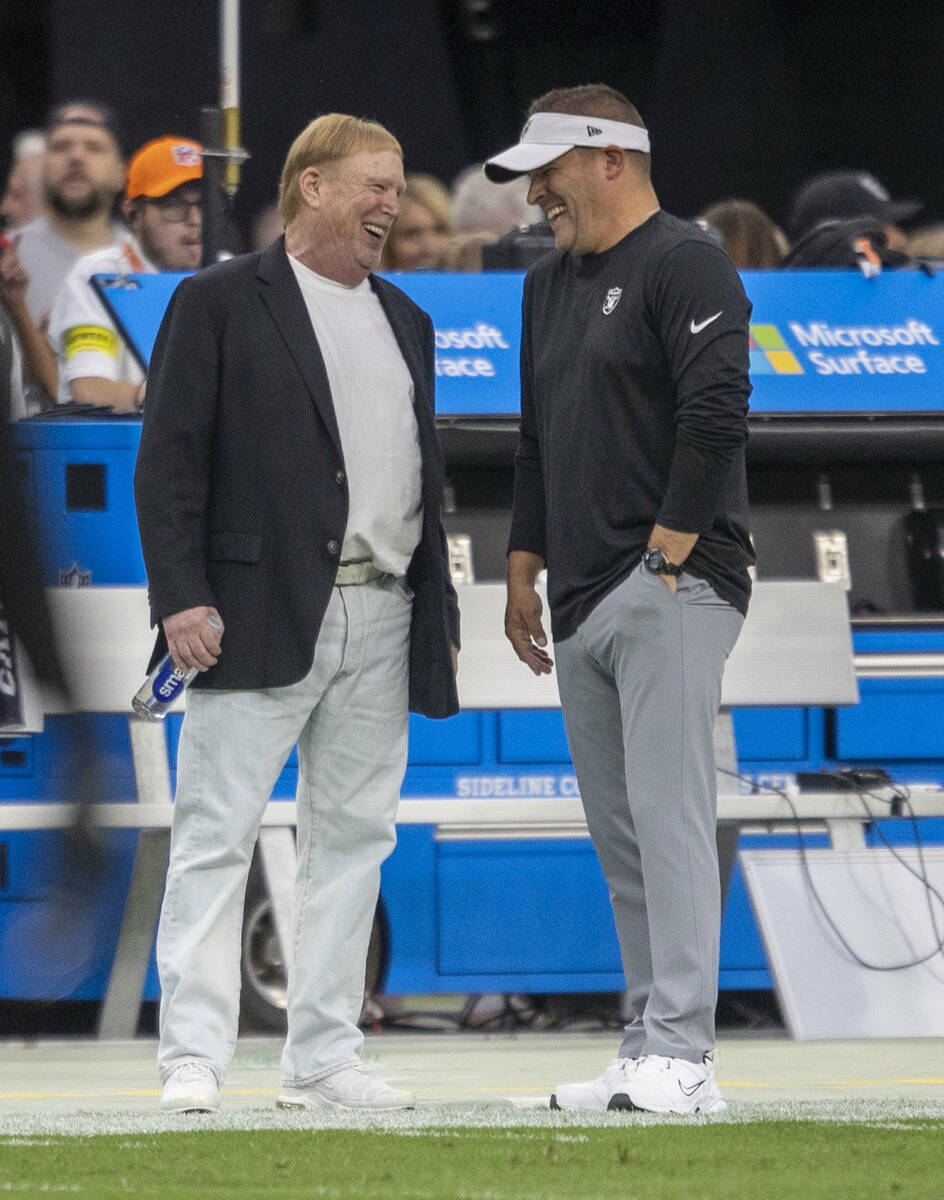 One person definitely satisfied with the job Josh McDaniels has done so far as coach of the Raiders is the most important one.

Team owner Mark Davis on Monday gave a resounding vote of confidence to his first-year coach, whose team fell to 2-7 after a 25-20 loss to Indianapolis on Sunday at Allegiant Stadium.

“As far as Josh goes, I have no issues,” Davis said. “I’m getting to know him a lot better. When you sign someone to a contract, don’t you expect him to fulfill the contract? I like Josh. I think he’s doing a fantastic job. You have to look at where we came from and where we’re going.

“We had a coach (Jon Gruden) with a 10-year contract and a 10-year plan, He had to leave the team last year. So we did an exhaustive search and found the person we believe is going to bring the Raiders to greatness in the future.”

Gruden resigned in October 2021 following reports that, over a 10-year period, he wrote emails that included racist, misogynistic and homophobic language.

Asked is he believes McDaniels is the long-term answer at coach, Davis replied: “Why wouldn’t I?”

McDaniels in January agreed to a four-year contract with the team. The financial terms of his deal were not revealed.

The coach also spoke about his relationship with Davis at a weekly news conference Monday.

“He’s been great,” McDaniels said. “He has the same urgency that that we all do, if not more. He’s been here a long time. He’s seen this when it’s been good, and he wants to win as bad or worse than anybody else does. And he feels the frustration at the same time.

“But we’re all here because of him, and we want to do well for him. And we want to do right by him. And so, whatever he feels, I want to know what it is. I think that’s my role, my job. I hope I always understand where he’s at, and he doesn’t hide anything from us.”

“You feel his urgency to try to do whatever he can do to help us get to where we want to be as fast as we can be there,” McDaniels said. “I don’t know what else I could ask from him.”

Davis and McDaniels meet shortly after the conclusion of each game, including the preseason. It’s not as if, the coach said Monday, there has been some sort of “clandestine” meeting about the future of the team as it stumbled to its record after nine games.

“I’m going to control what I can control and do the best I can at my job,” McDaniels said.

He said part of his job is to be thinking about next year and beyond and how best to construct the Raiders into a consistent winner. Davis is on the same page.

“We’re in the process of building something,” Davis said. “Life isn’t static. It’s fluid. You want to win at the end of the year and be the one holding the trophy. Obviously, we’re not there yet. I know it’s frustrating for the fan base. I feel for them. I’m a fan as well.”