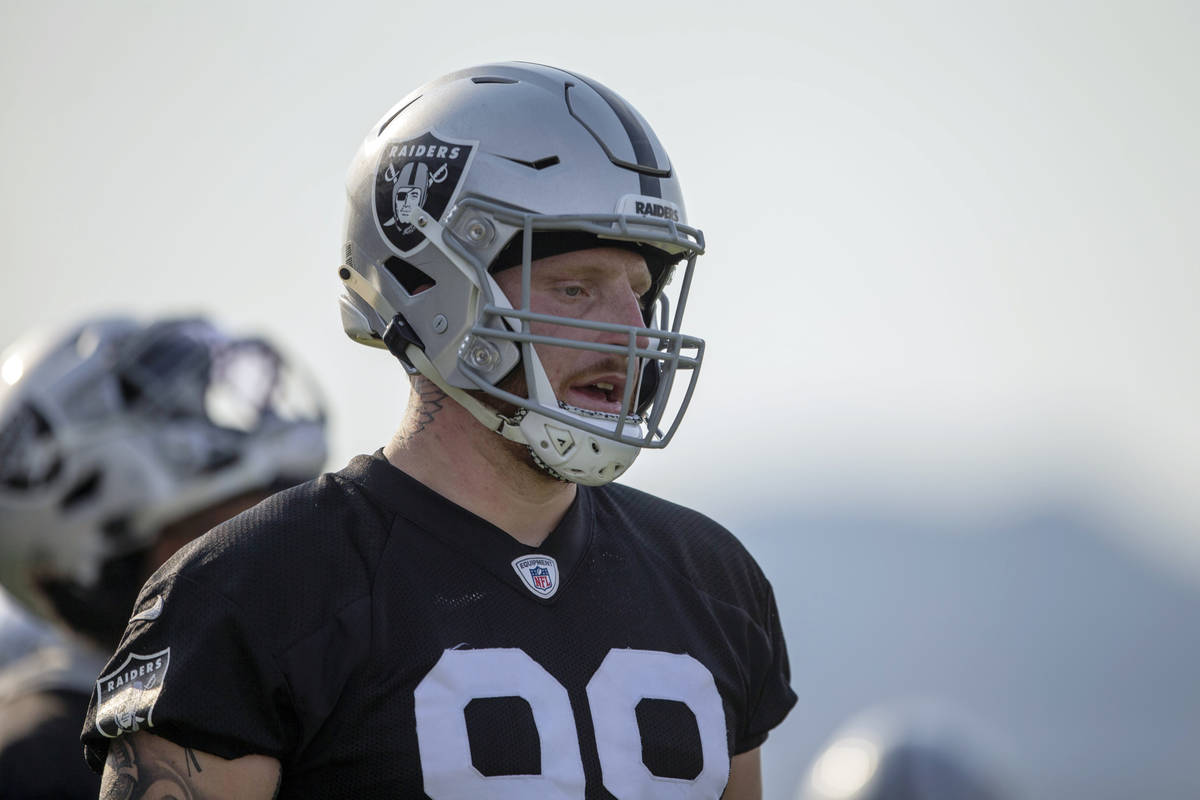 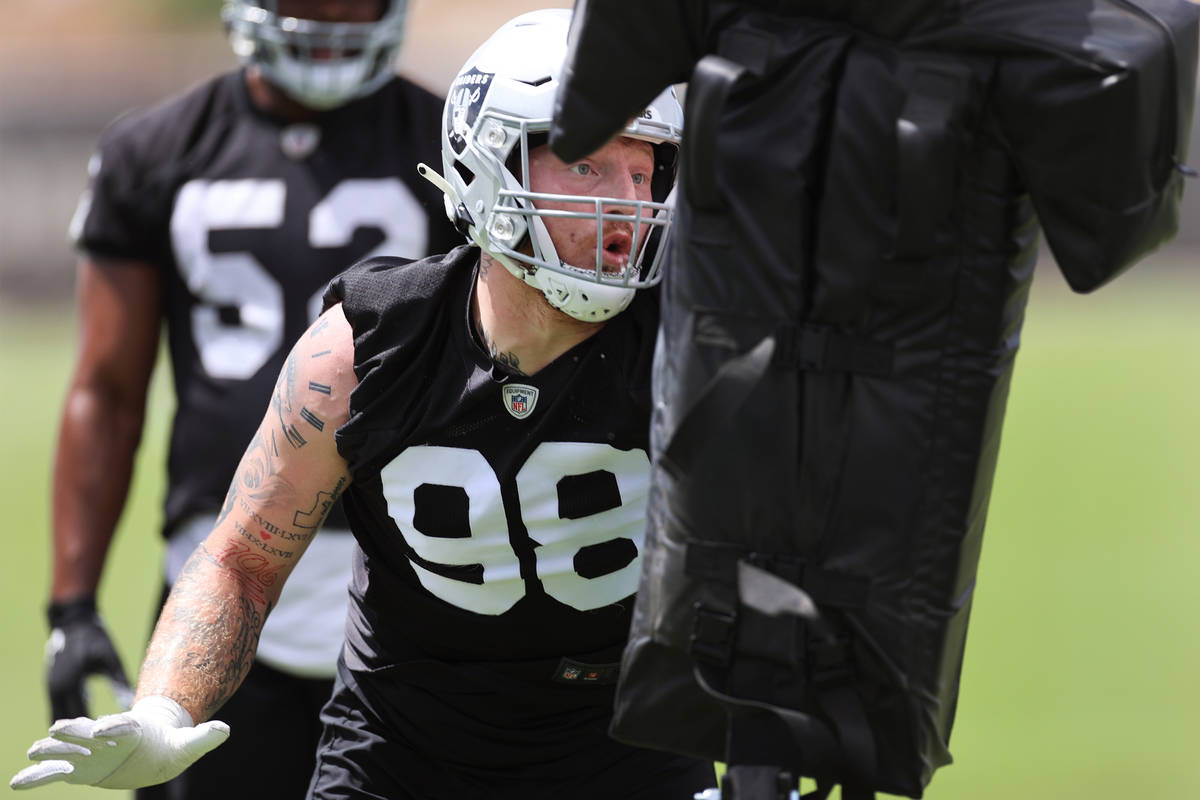 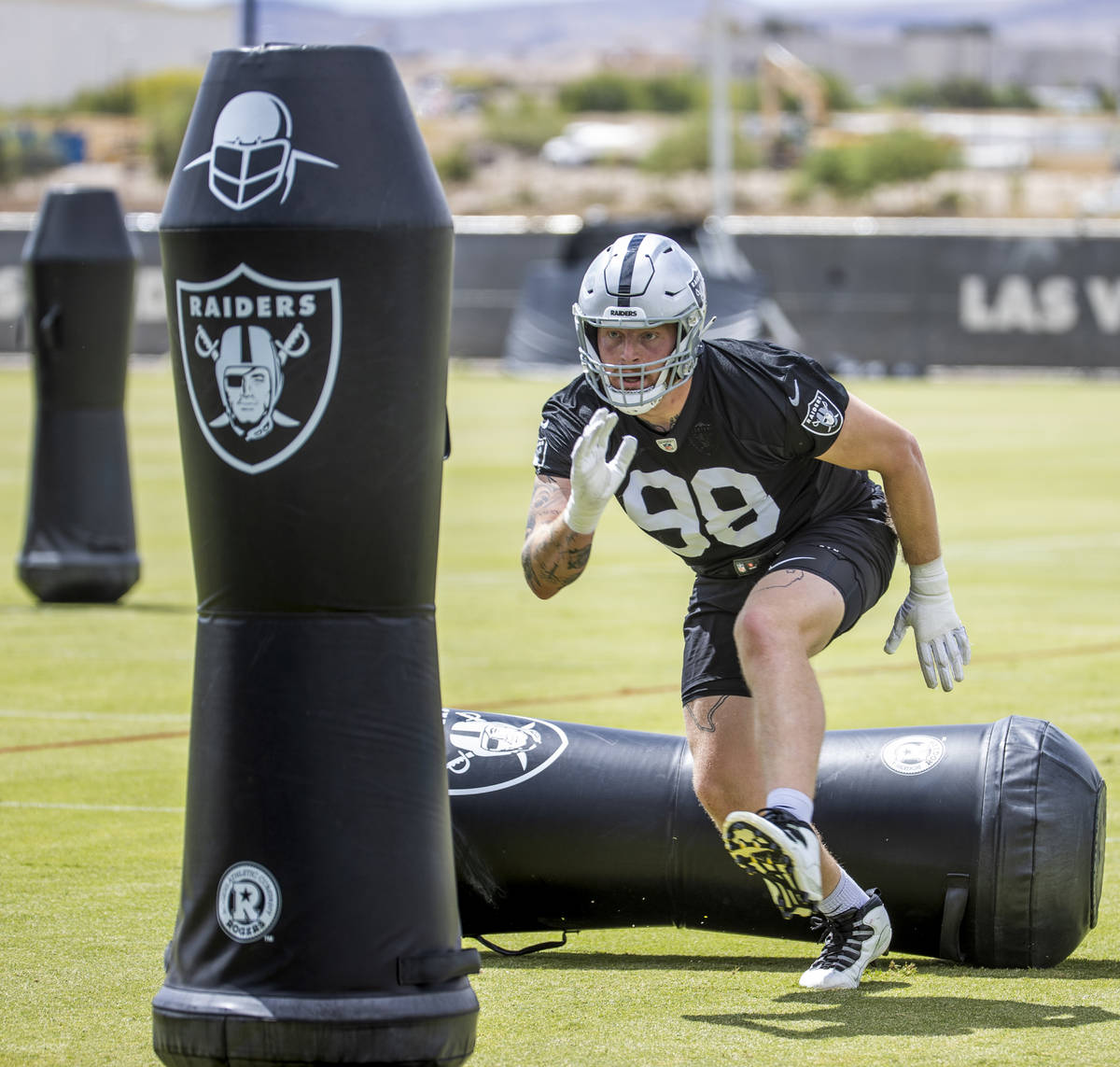 The reminders of Maxx Crosby’s tribulations are etched in ink on his arms.

One tattoo on his right forearm reads “3-11-20,” marking the first day of his sobriety. His left hand bears the symbol of sobriety — a triangle encased with a circle — which reaffirms the pledge he made to overcome addiction.

“For me, that’s just like a little reminder. … Without my sobriety, I wouldn’t be here right now.”

Crosby, selected in the fourth round of the 2019 NFL draft out of Eastern Michigan, poured all his energy into producing a solid rookie campaign. He finished the season with 10 sacks.

Then, the season ended. The downtime came. Parties ensued. Drinking persisted. Crosby said he woke one day and realized he could no longer stumble through life. If he was going to pursue his dream of becoming a Pro Bowl-caliber defensive end and be a leader on the team, the drinking had to stop.

“I have one chance to be in the NFL,” Crosby said. “I have one chance of living a life. You never know when your last day on earth is going to be. So for me, it got to a point where it was like, almost scary for me because I just didn’t feel good.

“And I knew I wasn’t going in the right direction, so I needed help. It was the best thing I ever did.”

The Raiders have been known to give second chances to those who have suffered to find balance between NFL pressures and personal strife. As general manager Mike Mayock said when signing offensive guard Richie Incognito in 2019, “You can’t have all Boy Scouts.”

Tight end Darren Waller was always forthcoming about overcoming heavy drug use. As Crosby’s close friend, he also helped him to forge a path to recovery.

“I’m about to be 16 months sober, and it’s like the best feeling on earth,” Crosby said. “It’s something I like to talk about because I really hope it can help somebody else out there because I know having a teammate like Darren Waller and seeing other guys that really are vocal talk about the real life issues, that made me become more vulnerable.”

Seeing what Waller has accomplished gave the Texas native goals to visualize. Crosby wants to be a Pro Bowler. To achieve that, he said it was imperative to get healthy.

In 2020, Crosby started all 16 games. He had seven sacks and 39 total tackles, doing so while playing through a torn labrum and with a plate from a previous break in his right hand, rebroken early in the season.

Crosby said he’s now ready to show how being recharged in all facets of his life translates on the field.

“I feel like now I’ve established myself not just off the field but on the field as well,” he said. “And I could really step up into that leadership role because that’s where I feel most comfortable.”

Heidi Fang is the host of Vegas Nation’s Takeaways podcast, which airs every Wednesday. Contact her at hfang@reviewjournal.com or on Twitter @HeidiFang.

2
Cle Ferrell facing a battle for his starting job 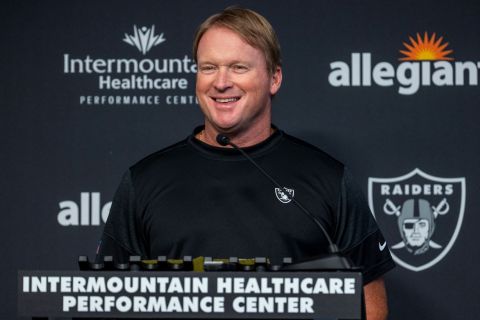