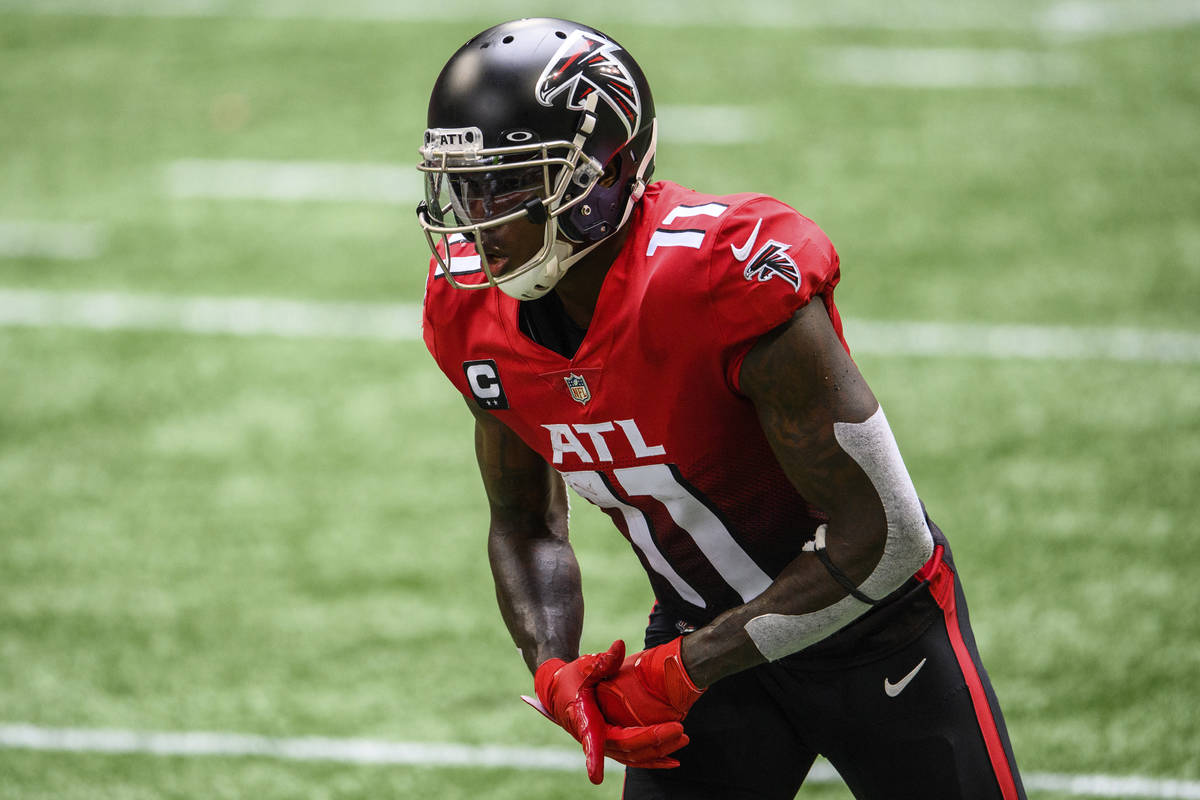 Atlanta Falcons wide receiver Julio Jones (11) lines up during the first half of an NFL football game against the Detroit Lions, Sunday, Oct. 25, 2020, in Atlanta. The Detroit Lions won 23-22. (AP Photo/Danny Karnik) 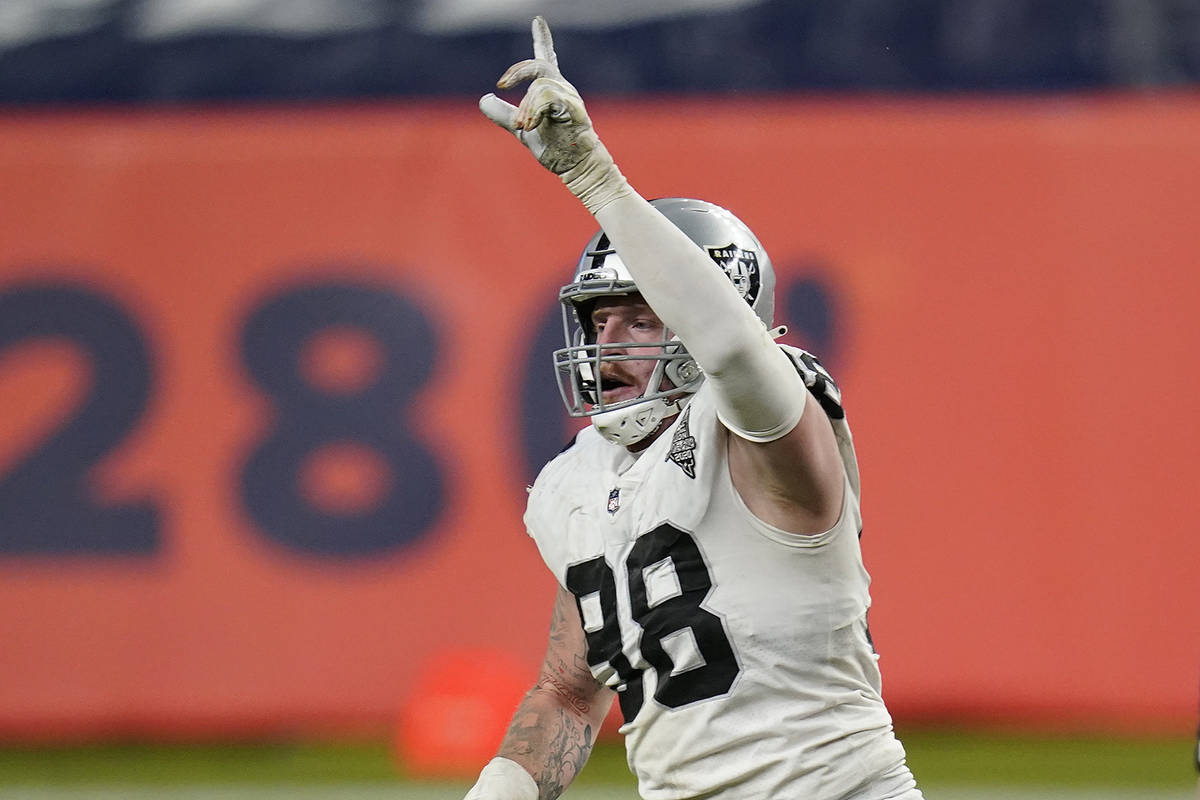 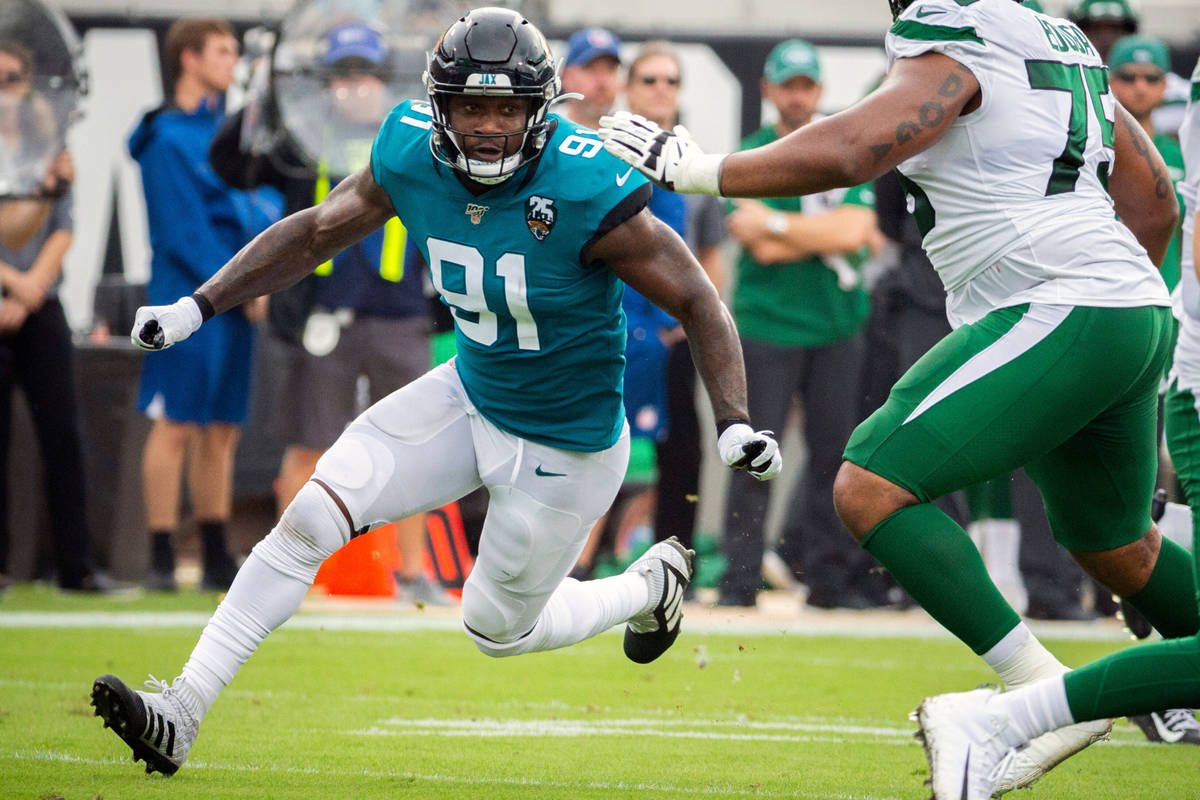 In this Oct. 27, 2019, file photo, Jacksonville Jaguars defensive end Yannick Ngakoue (91) rushes New York Jets quarterback Sam Darnold (14) during the first half of an NFL football game, in Jacksonville, Fla. Ngakoue made another public plea to be traded, this one on his 25th birthday. Ngakoue said in a Twitter post Tuesday, March 31, 2020,“ why hold a man from taking care of his family. It’s obvious my time is up in my current situation. Let’s both move on.” (AP Photo/Stephen B. Morton, File)

The Raiders will begin Phase 3 of their offseason program next week. It will run through June 18 and conclude with a mandatory three-day minicamp.

With more and more football activities being added and in-person meetings being phased in, it’s looking more and more like a traditional offseason.

With players back on the field, Raiders fans have plenty of questions.

ThatFantasyAmericanFootballPod (@TFAFP): Will the Raiders be able to get Cle Ferrell, Yannick Ngakoue and Maxx Crosby on the field together or are we likely to see one of the latter two as third-down rushers predominantly?

Vincent Bonsignore: The Raiders really went to work along the defensive line. The result is a much deeper rotation that provides new defensive coordinator Gus Bradley with all sorts of rotational options.

Crosby is an interesting case. He was playing with a hand and labrum injury last season and, frankly, probably played too many snaps. The presence of Ngakoue could mean Crosby’s snap counts are reduced.

Dan (@NY_Raider): No updates from mini-camps?

VB: There was no media availability during Phase 2 of the offseason program that ended this week. Phase 3, which begins next week, is expected to include media availability, so keep on the lookout for updates.

joe paclebar (@almustgo): I would like to know the current health status of Bryan Edwards, Tanner Muse and Richie Incognito. Are they each “full go” now?

VB: The reports on all three have been favorable. Each appears in line to be a full participant in training camp. The media has not had access yet for the offseason program, but Muse did say recently that he is ready to go after undergoing toe surgery last season.

VB: Without question that is the biggest and most important unknown of the Raiders season. The defense gave up 29.9 points per game, the third-most in the NFL last year. That is not sustainable. obviously. For the Raiders to take the next step, that has to improve.

Beginning with the hiring of Gus Bradley to run the defense and a slew of changes to the personnel, the Raiders would appear to be in line for a noticeable bump up in performance.

If the Raiders can lower the points per game to 21 or 22, they would be in line to make the playoffs.

VB: Reports out of Atlanta is Julio Jones is almost certainly going to be traded. The Falcons desperately need cap space, and cleaning Jones off their books provides immediate relief.

The Raiders make a ton of sense, and there is no question they will make a major push to add him to their offense. That said, no deal is expected until June 1.