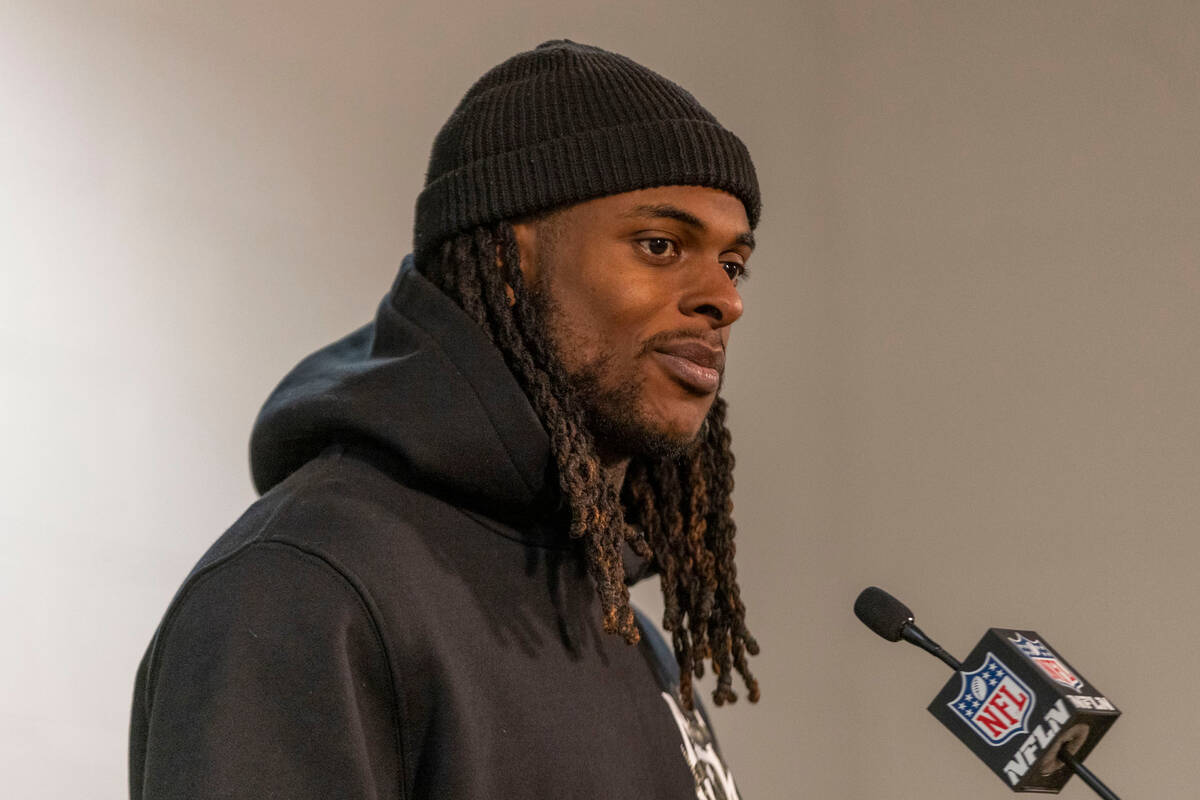 Here’s a look at selected player proposition wagers for Sunday’s game between the Raiders and Seahawks at Lumen Field in Seattle, with picks and analysis from the Vegas Nation staff.

■ Adam Hill: Over — This feels like it could be a shootout.

■ Sam Gordon: Under — The last four visiting quarterbacks have all fallen short of this figure.

■ Heidi Fang: Under — Seattle’s defense has only allowed an 83.7 average passer rating in the past five games.

■ Vincent Bonsignore: Over — He’s feeling it.

■ Ed Graney: Over — I keep trusting him. He keeps coming through.

■ Adam Hill: Under — If the Raiders fall behind on the road, Jacobs may be busier in the passing game than on the ground. His calf injury could also be a factor.

■ Sam Gordon: Over — Jacobs cracked the 100-yard mark Sunday for the first time since Oct. 23.

■ Heidi Fang: Over — Only two teams haven’t rushed for more than 100 yards against them.

■ Vincent Bonsignore: Over — It’s become a thing this year.

■ Ed Graney: Over — In a rhythm few are capable of reaching.

■ Adam Hill: Over — He’s on a roll and showed last week how much he enjoys teaching lessons to young cornerbacks drawing a great deal of hype. This week, it could be Tariq Woolen’s turn.

■ Heidi Fang: Over — I think if Adams gets his usual feeding of about 14 targets, he’s bound to hit over.

■ Ed Graney: Over — As long as he can keep those carries away from the quarterback.

■ Adam Hill: Over — He has started to establish himself as one of the top young backs in the league and doesn’t have much competition.

■ Sam Gordon: Over — The former Michigan State standout is already one of the best running backs in the league.

■ Heidi Fang: Under — He had a lot of success in receiving last game, not rushing.

■ Adam Hill: Over — He has scored touchdowns in three straight games, eclipsing this total twice over that span.

■ Sam Gordon: Over — The speedy veteran is still a threat on the perimeter and a top option for quarterback Geno Smith.

■ Heidi Fang: Over — Raiders are in the bottom 10 of the NFL when it comes to passing yards allowed.