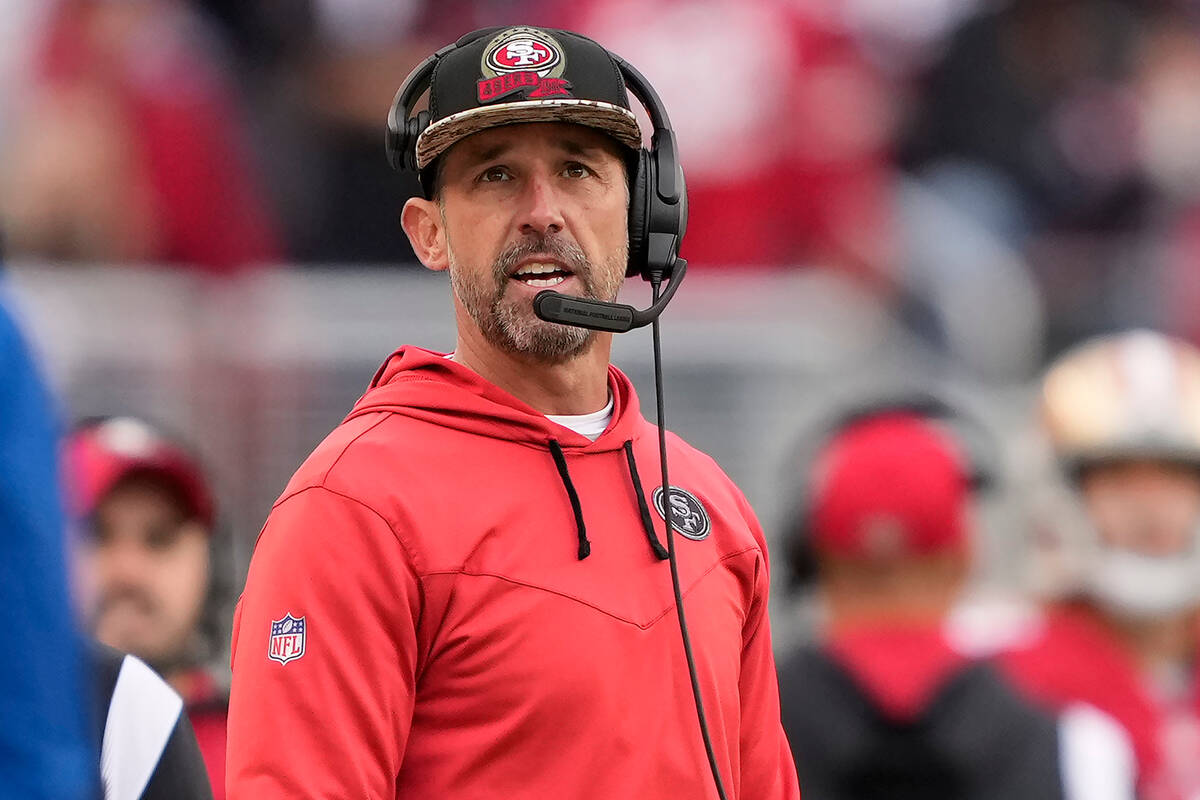 Except for one game over the last nine seasons, Raiders opponents could count on one thing when game-planning for them. Undoubtedly, the quarterback they were facing would be Derek Carr.

In fact, going all the way back to 2017, Carr made 91 consecutive starts for the Raiders. It was the longest starting streak in the NFL. Like clockwork, opponents knew exactly who would be under center when playing the Raiders.

That all changed this week when the Raiders (6-9) benched Carr for the final two games of the season. It did more than signal the end of an era for them. It sent the 49ers, their next opponent, into scramble mode trying to get a leg up on preparing for his replacement, Jarrett Stidham.

They wasted little time, by the way, trying to figure out the Raiders’ motives.

”I don’t know why they’re doing it, but it doesn’t matter to me,” said 49ers coach Kyle Shanahan. “We knew there was a possibility just looking into it. We started on Monday. But no, I don’t worry about that with our guys. Our guys know one way to play and I expect to see them that way.”

As for Stidham, Shanahan got an up-close look at him in 2019 when he was scouting the Senior Bowl in Mobile, Alabama, and Stidham was a prospect at Auburn.

“I remember we really liked how he threw,” Shanahan said. “I liked him as a guy just working with him. Never enjoyed going to Mobile that time of year, it’s just not always a good feeling. It means you didn’t do very well and you really want a break and you don’t get it, but I do remember enjoying him.

“I know he was a talented player that we all believed was going to get drafted. I was not surprised that New England took him.”

While the Raiders’ quarterback change may have come as a surprise to some, that wasn’t necessarily the case for the 11-4 49ers.

“We kind of caught wind that it may happen earlier in the week, so it’s something that we kind of thought would happen and we were aware of it,” said defensive coordinator DeMeco Ryans. “It’s part of the league. It happens. It’s no different if a guy gets injured, it’s just how you have to prepare for the next guy. So it’s next man up for those guys.

Shanahan also understands that, change at quarterback notwithstanding, the Raiders also have weapons like Davante Adams, Josh Jacobs, Darren Waller and Hunter Renfrow.

“I see some great players who can beat you,” Shanahan said. “That’s why I think they’ve had a chance in so many games this year. They have been close. They’re just a few instances of the ball bouncing a different way to be in locked in as a playoff team right now. I know they’re sitting down their quarterback, who I think’s a real good player, but they also got three big-time weapons there on offense.”