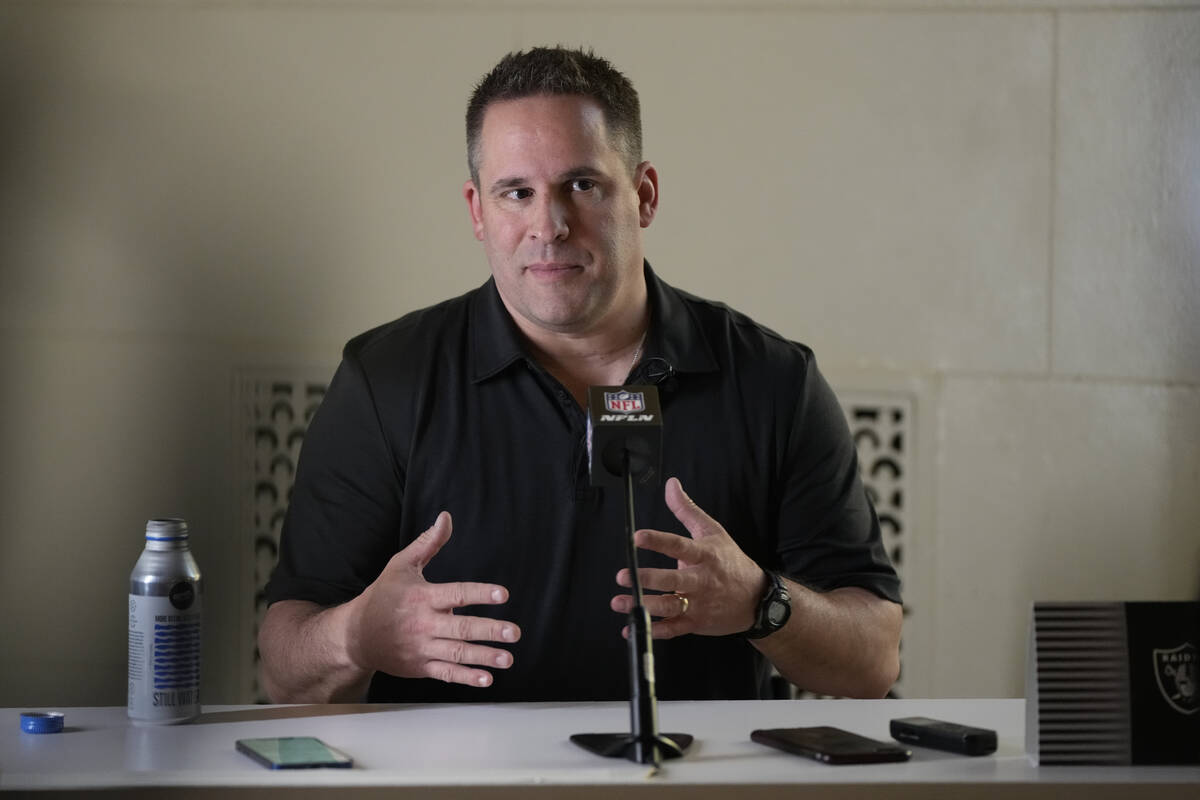 PALM BEACH, Fla. — As things stand, the only two quarterbacks on the Raiders’ roster are Derek Carr and the recently signed Garrett Gilbert. And in Gilbert’s case, he’s thrown just 75 passes in a four-year NFL career in which he’s played on four teams.

“We’re going to add to that room, it’s just a matter of how,” according to Raiders head coach Josh McDaniels.

He said his philosophy is to have a developmental quarterback, ideally a draft pick who remains under contract for a prolonged period of time. Moving forward, that will be a point of emphasis.

“At the end of the day what we’d like to do is get in a cycle where we find people that we bring in and can train. And we can develop,” McDaniels said. “A great thing for a quarterback is to have time in a system, continued development year after year. Not bring him in for one year, then sit there and say, alright, now I’ve got to it again. That’s a pain in the butt sometimes.”

The Raiders could face an issue immediately satisfying that objective, though. They surrendered their first- and second-round picks to acquire Packers wide receiver Davante Adams. Not that they were planning to select a quarterback that high in the draft. But with fewer picks, it could mean utilizing their remaining assets on more pressing needs.

However, McDaniels and general manager Dave Ziegler have stressed drafting the best player available at any given point of the draft rather than settling for an inferior player simply to fill a hole. So don’t be surprised if the Raiders add a quarterback in the draft.

“We’re going to try to draft the best players available,” McDaniels said. “If we draft three of the same position in a row because they’re clearly the three best players when it’s our turn to draft, I mean, you make a strength stronger.”

One way or another, the Raiders are not done at quarterback. “There’s a lot of things we have to look at in terms of what’s the best thing for us,” McDaniels said.

Draft board not bare

Even though the Raiders don’t have a pick until the third round, they will approach the draft as if they have their full assortment of picks.

That means building complete draft boards representing who they believe are the best players.

As Raiders general manager Dave Ziegler explained, there are immediate and long-range benefits to doing so. As a first-year group, the experience gained in conducting a full draft process is invaluable.