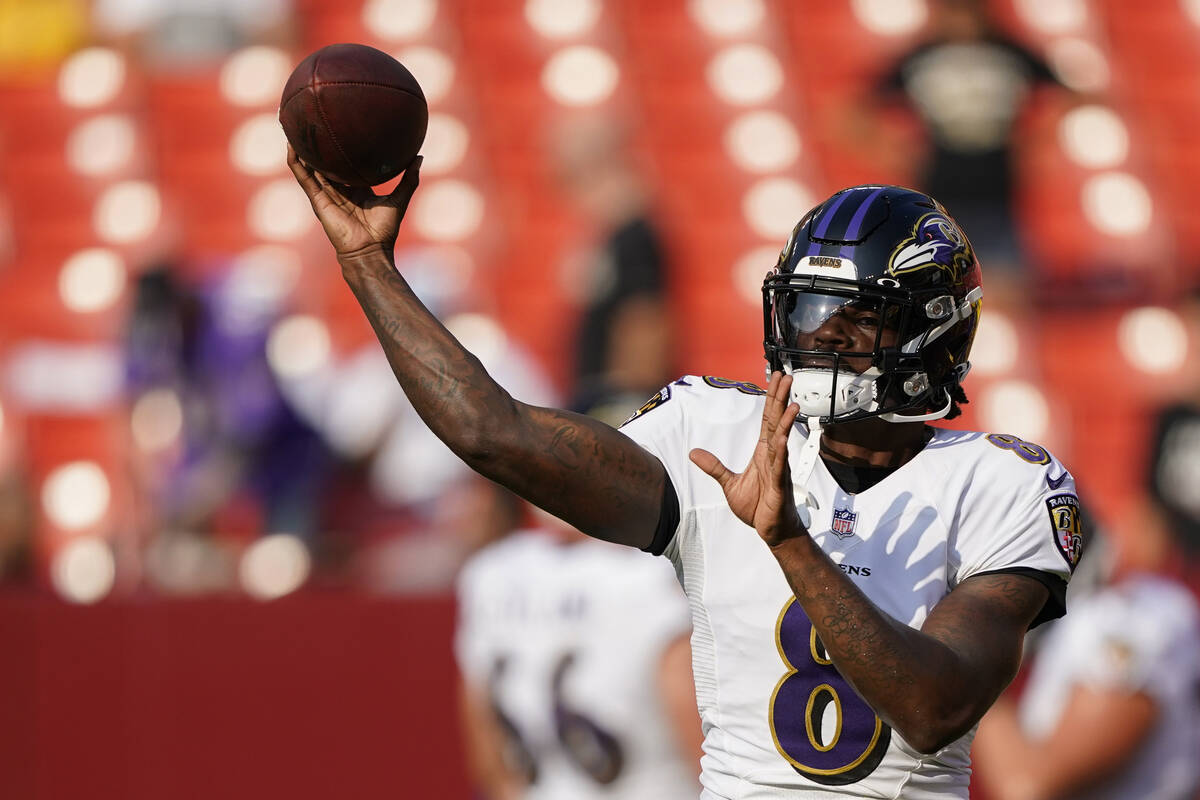 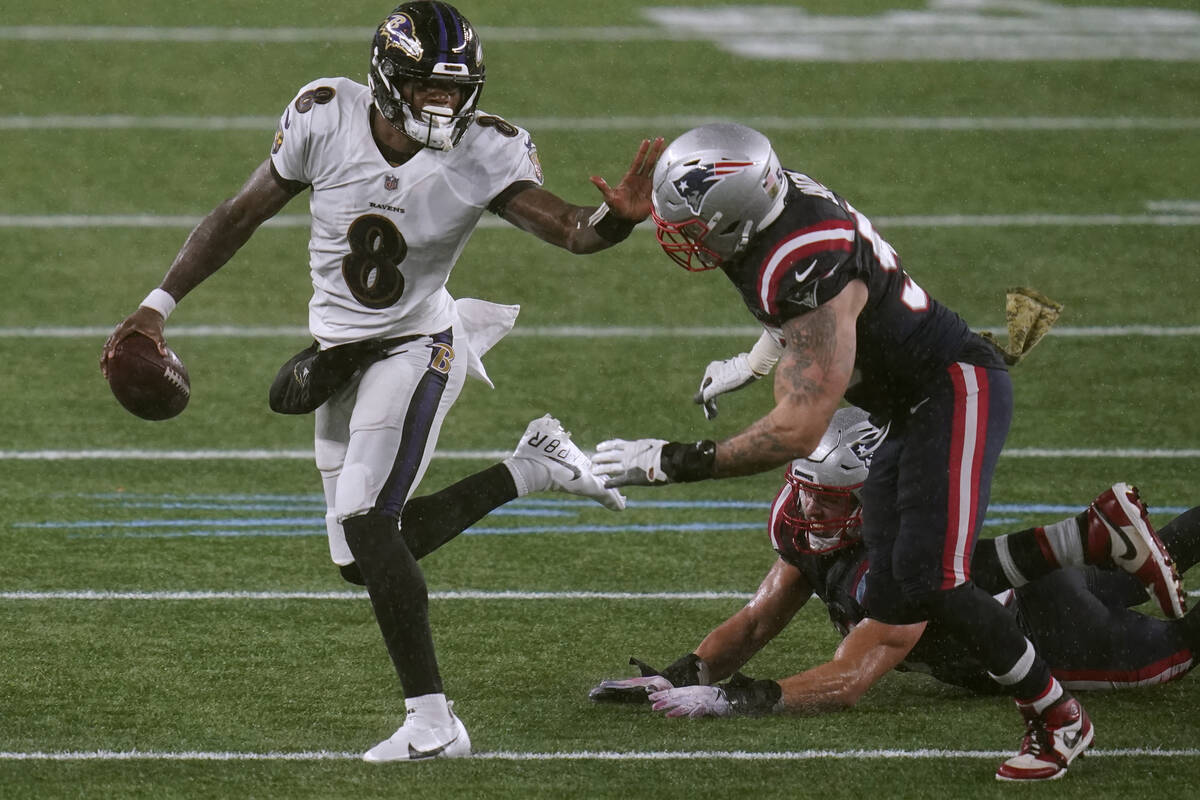 Many coaches who watch game film to prepare to play Ravens star quarterback Lamar Jackson compare the experience to watching a nightmare-inducing movie.

Jon Gruden said it is more like watching a more comedic cinematic enterprise.

“It’s like the ‘Dodgeball’ movie,” Gruden said. “He can dip and duck. I don’t remember the other D’s, but he can go crazy back there. He’s worth the price of admission. It’ll be fun to watch our guys chase him.”

Gruden and his staff put together a film of nearly 400 plays from last season that showed Jackson inflicting damage on the defense in a variety of ways, a reel the Raiders have been watching throughout the summer.

They will take a final exam on their studies Monday night. The Ravens visit Allegiant Stadium for the regular-season opener for both teams.

Jackson is the first quarterback in NFL history to rush for 1,000 yards in back-to-back seasons. He also threw for 26 touchdowns and completed 64.4 percent of his throws last season despite his receivers dropping a league-high 7.5 percent of his attempts, according to QB Data Mine.

Bradley has seen it all in his time running NFL defenses, including Jackson. One of the more intriguing storylines entering this matchup is the success Bradley had in shutting down the dynamic signal-caller when the Chargers met the Ravens in the playoffs three seasons ago.

In that game, Bradley flooded the field with defensive backs to put as much speed in play as possible. He often had six and even seven secondary players with the four down linemen up front, a lineup the Raiders could employ at times on Monday.

Of course, it’s not that simple.

The Chargers’ defensive line made a big impact that day, a factor that was apparent from the Ravens’ first offensive play. Joey Bosa penetrated the backfield and played both Jackson and the running back on a read option play that went for a 1-yard loss.

Over and over, the front four, which included current Raider Darius Philon, blew up the line of scrimmage and allowed the speed behind them to swarm to the ball and make plays. They also occupied blockers and didn’t allow Ravens backs to get to the second level where 5-yard gains can turn into 30-yard bursts.

But regardless of scheme, the Raiders’ reworked defensive line will need to win individual battles to make it work.

Even then, Jackson’s improvements over the last two years make the task even more daunting.

“He’s just so talented,” Bradley said. “I think there’s a lot of respect around the league about his ability to run and how he makes people miss and extends plays, but his passing abilities now too.

“You look at third down, I think he was like ninth in the league in quarterback efficiency. So, I mean he’s got the whole game now. That’s why he’s so difficult to defend.”

There’s another difference between then and now with the Ravens’ offense. While Jackson was very good in that 2018 season, he went to another level and won the MVP award in 2019 when Greg Roman took over as offensive coordinator and designed a scheme to make even better use of Jackson’s skill set.

One adjustment was to counter opponents’ plans of stacking the edges by using more tight end motion to both extend the defense horizontally and get blockers in front of the play.

“They’re so diverse,” Bradley said. “They can hit you in a number of ways. They can line up and just pound you. They can run the option game. They can come back and go quick. They can go deep. There’s so many things they can get to.”

Bradley’s Chargers aren’t the only team to have success against Jackson and the Ravens’ rushing attack. Tennessee flooded the box in a 2019 playoff victory. Kansas City has been effective sending pressure and then taking away the middle of the field and forcing Jackson to throw outside quickly.

The common denominator in just about every successful strategy against Jackson is getting a lead and making him play from behind. That’s when he has had the most difficulty.

Still, Jackson is 30-7 as a starter. Several Raiders defenders said they can’t focus on Jackson and instead must concentrate on gap control and sticking to their own individual assignments because the price for the occasional mistake is so severe against him.

Rookie safety Trevon Moehring will make his NFL debut against the former MVP on Monday.

”We’re going to have to be able to cover, plaster when he’s scrambling and getting outside the pocket,” Moehring said of defending Jackson. “As long as we do that, I think we’ll be able to be successful.”