RJ App
Vegas News, Alerts, ePaper
OPEN
Cutline: Raiders General Manager Mike Mayock talked on a conference call about the team's need for a wide receiver and the approach they can take for acquiring one in a talent-rich 2020 draft class. (Heidi Fang/Las Vegas Review-Journal) 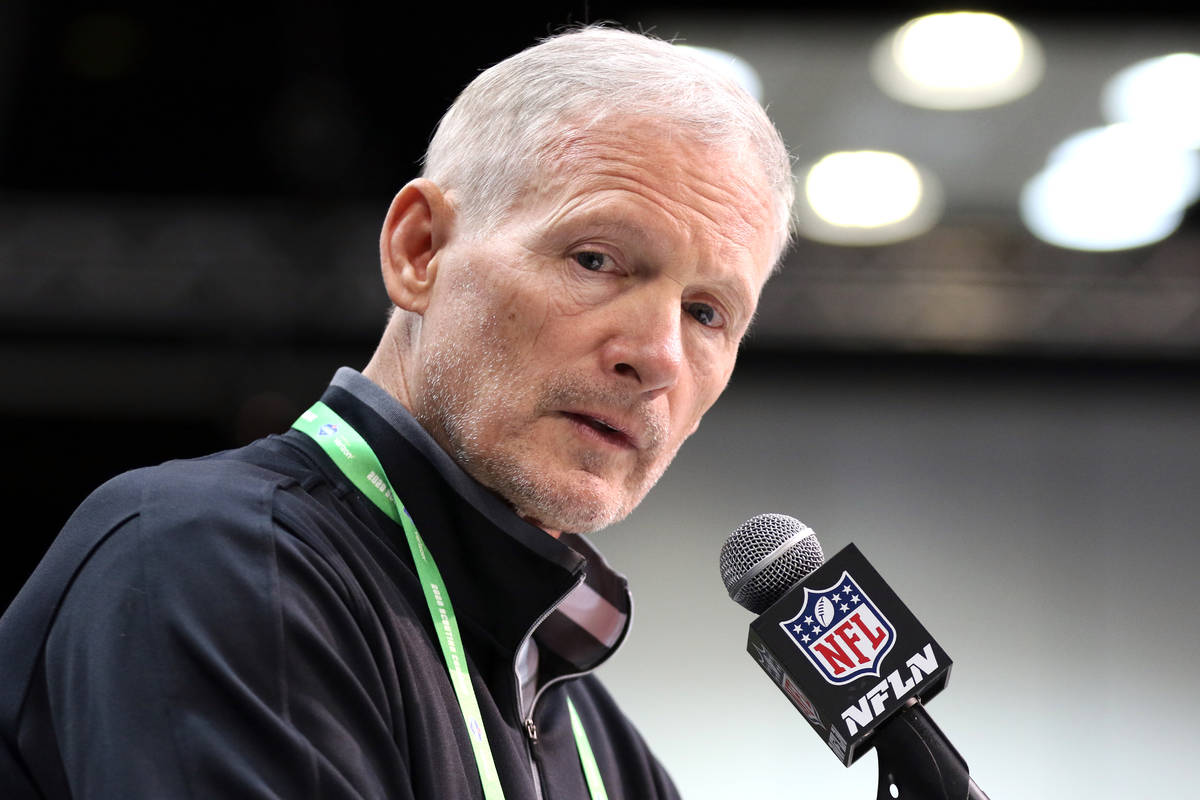 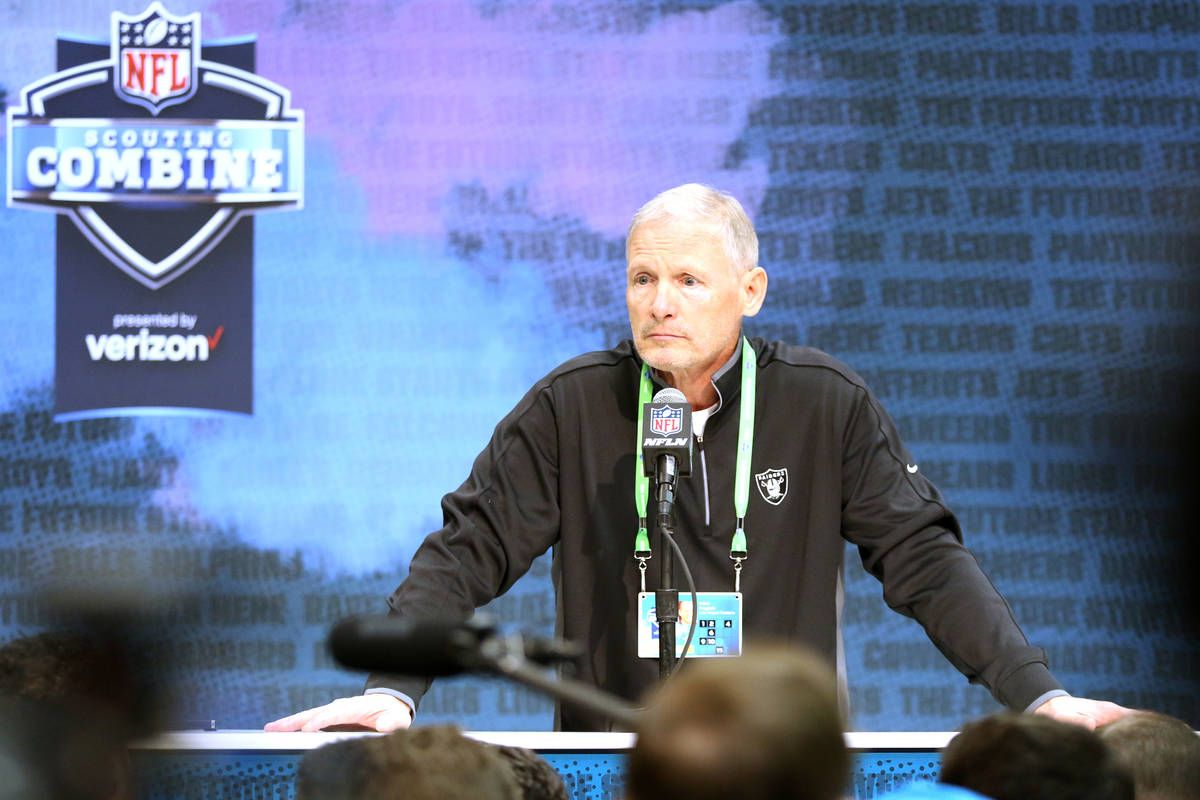 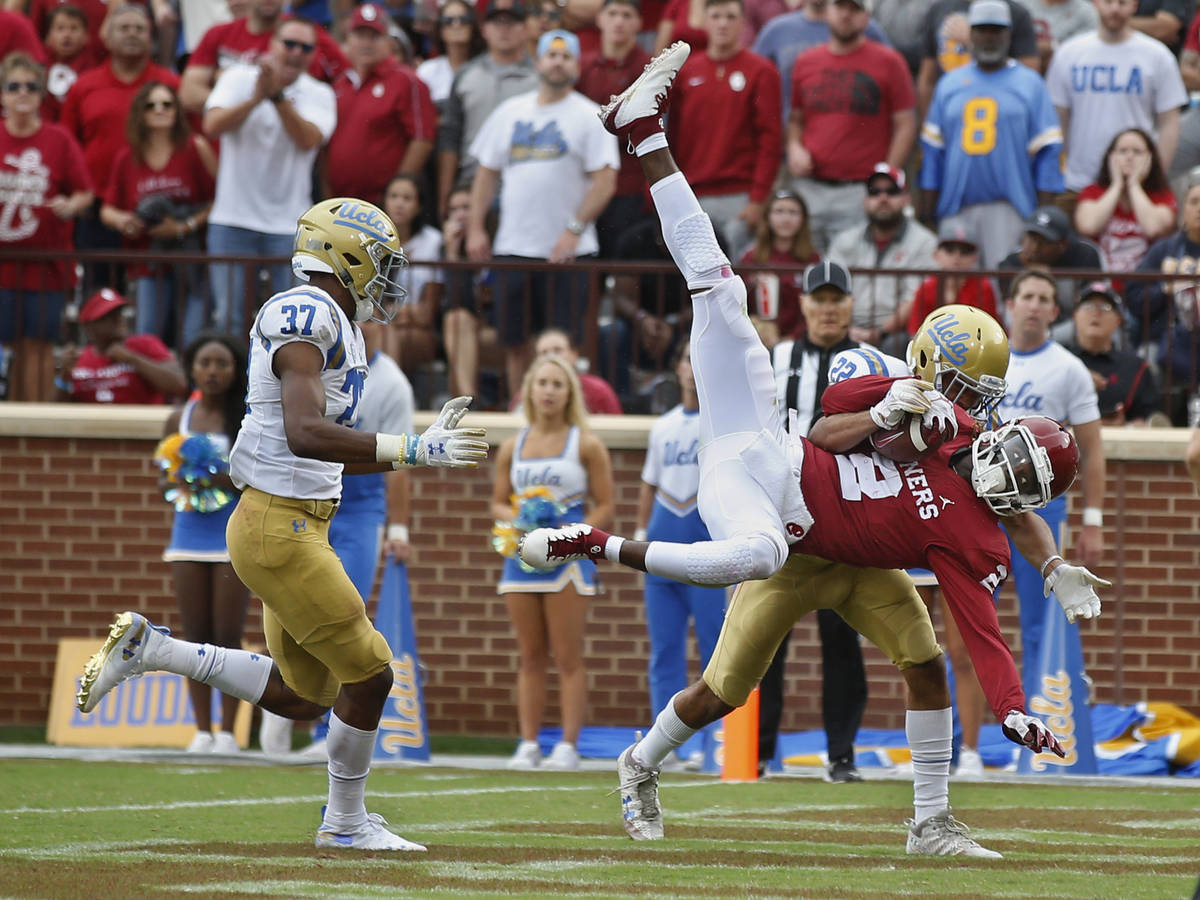 Oklahoma wide receiver CeeDee Lamb (2) comes down with a touchdown pass in front of UCLA defensive back Nate Meadors (22), rear, and defensive back Quentin Lake (37) in the second half of an NCAA college football game in Norman, Okla., Saturday, Sept. 8, 2018. Oklahoma won 49-21. (AP Photo/Sue Ogrocki)

The glaring hole the Raiders have at wide receiver makes it a near guarantee they’ll focus on that position on draft night. Very likely with the 12th pick overall, the first of their two first-round selections.

“There’s no secret we need to get better at wideout,” Raiders general manager Mike Mayock said Tuesday in a conference call with reporters.

Depending on how the draft shakes out, the Raiders could find themselves having to decide among the consensus top three wide receivers available — Alabama’s Jerry Jeudy, Oklahoma’s CeeDee Lamb and Alabama’s Henry Ruggs.

If that scenario plays out, the Raiders will be in an enviable position given their dire need to give quarterback Derek Carr a dynamic perimeter weapon. But it’s a difficult position as well, as Jeudy, Lamb and Ruggs have three distinct skill sets.

So here’s the question Mayock has been asking coach Jon Gruden about the wide receivers and every other potential draftee: “What is the right fit? A guy could be a dynamic player at any position and you look at him and you say, but does he fit what we’re looking for at this position.”

That is particularly true at wide receiver. “I think (all three) have different traits. I think they’re all high-level players,” Mayock said.

Jeudy is the precise and polished route runner with a sophisticated understanding of the position and coverage schemes. He also has an uncanny ability to create separation from defenders.

Lamb isn’t as polished a route runner as Jeudy, but he’s an explosive weapon who can be put in position to make game-changing plays almost every time he touches the ball.

And Ruggs, who recorded a 4.2-second 40-yard dash at the NFL scouting combine, has the kind of speed that creates so much havoc and fear in opponents that it frees up the field up for teammates to exploit.

One thing Mayock said that works in the Raiders’ favor is Gruden’s ability to hatch schemes that take the best advantage of his players’ skills. That was the case last year when, absent No. 1 wide receiver Antonio Brown, Gruden made Waller, a tight end, a prominent part of the offense. Waller had 90 catches for 1,145 yards and three touchdowns as a result.

“Jon’s adaptable to whomever he has,” Mayock said. “And that’s the cool thing. And that’s been the fun thing to talk to him about the wide receivers. What does this guy do for us? What does that guy do for us? Or Jon, (who) do you think is the best fit? We’ve had some great conversations about it and I’m sure we’ll continue to do so right up to the draft.”

Those conversations might not be confined to just that 12th pick. The deep well at wide receiver this year could mean the Raiders turning back to the position later in the draft.

Mayock said in a typical year most draft boards have 12 or 13 wide receivers graded for the first three rounds. But this year’s group could have as many as 20 graded that highly.

“I’m not saying they’ll go that way, but they’re certainly graded that way,” Mayock said. “There’s a bunch of guys at the top end of the draft that are considered first-rounders. There are going to be guys in the fourth round that typically would go in the third round. Or earlier. There’s quality at the top. There’s depth throughout.”

And confidence that the Raiders can add a dynamic player.

“Whether it’s in the first round, second round, third round, fifth round, I’m hoping we can find a wideout that fits what the Raiders need and our culture.”