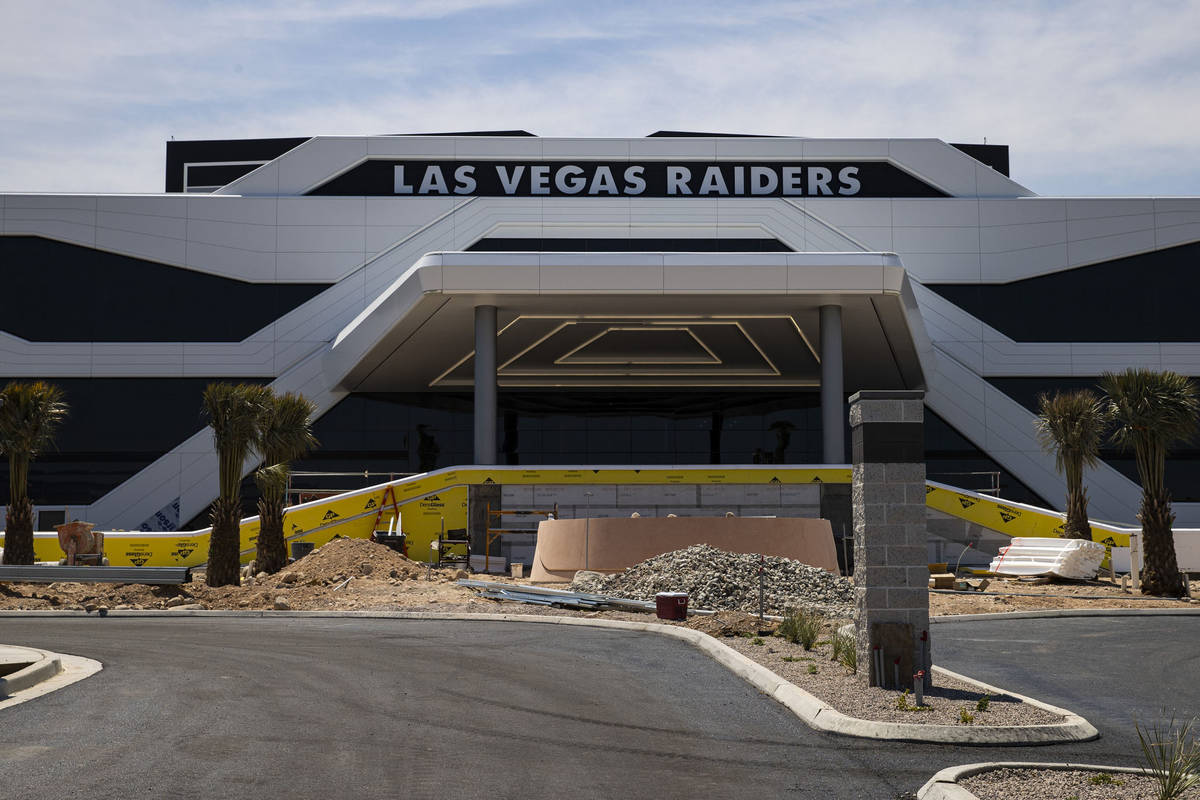 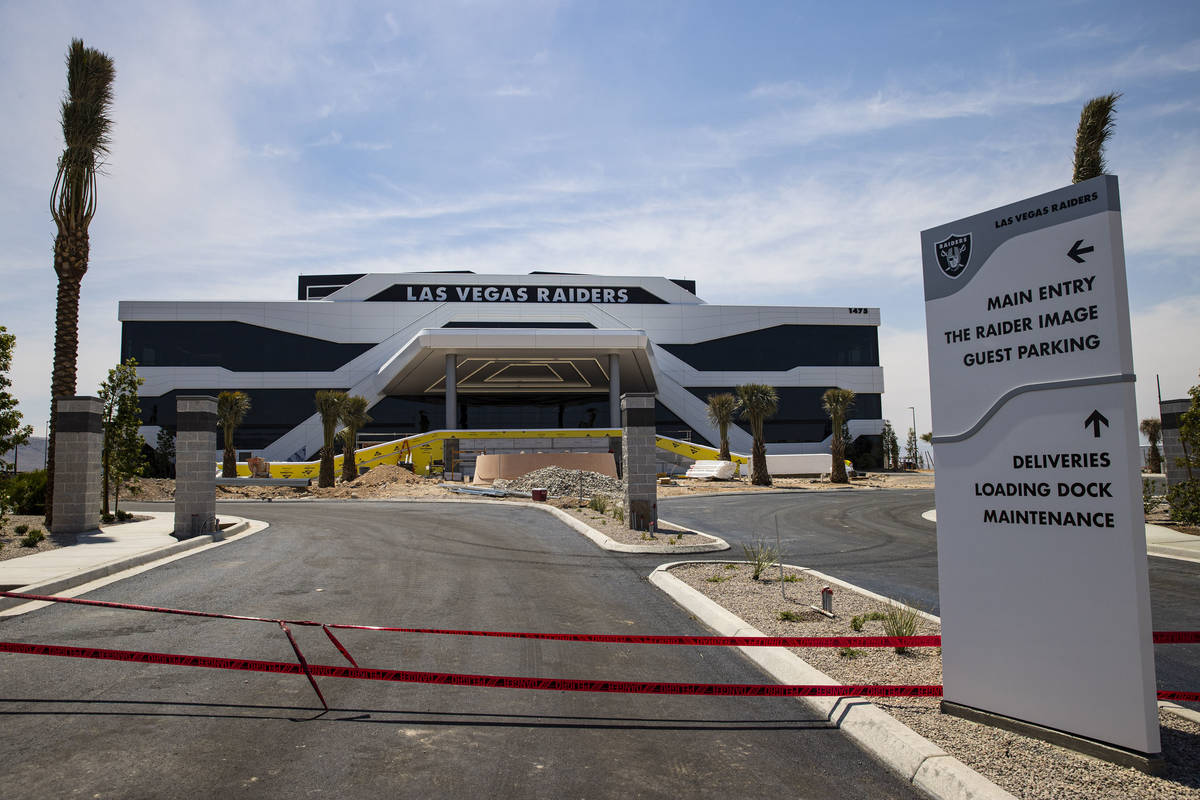 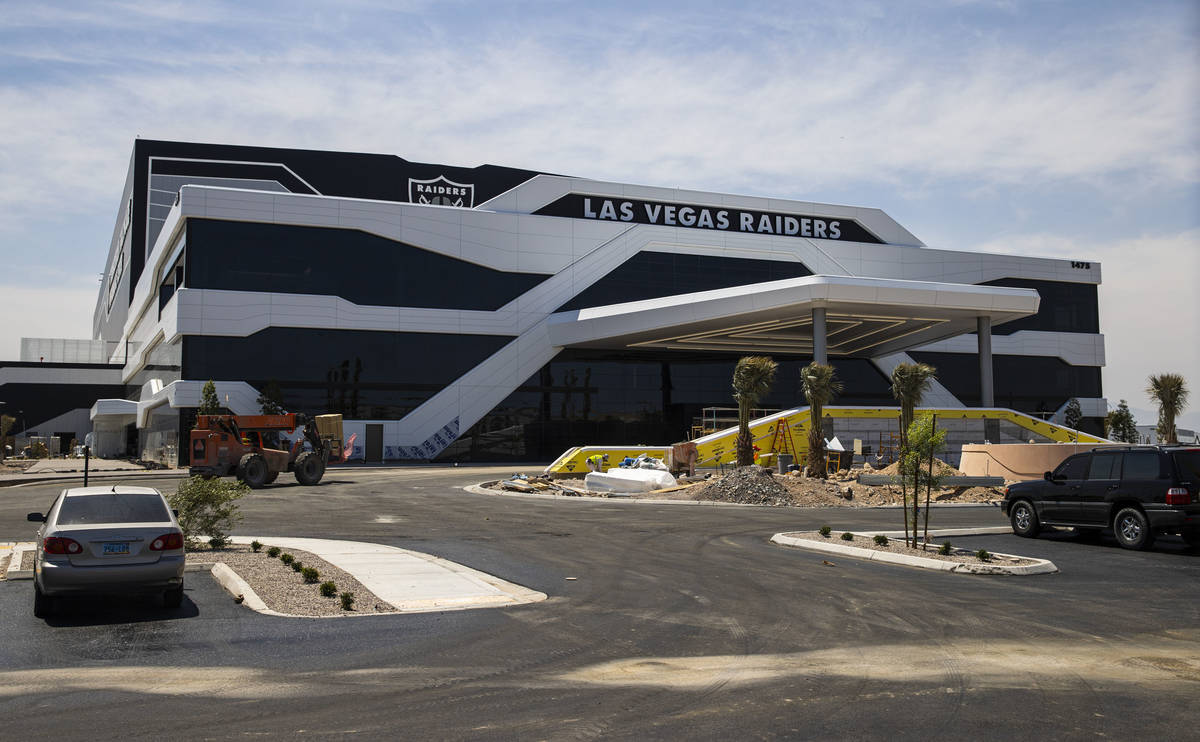 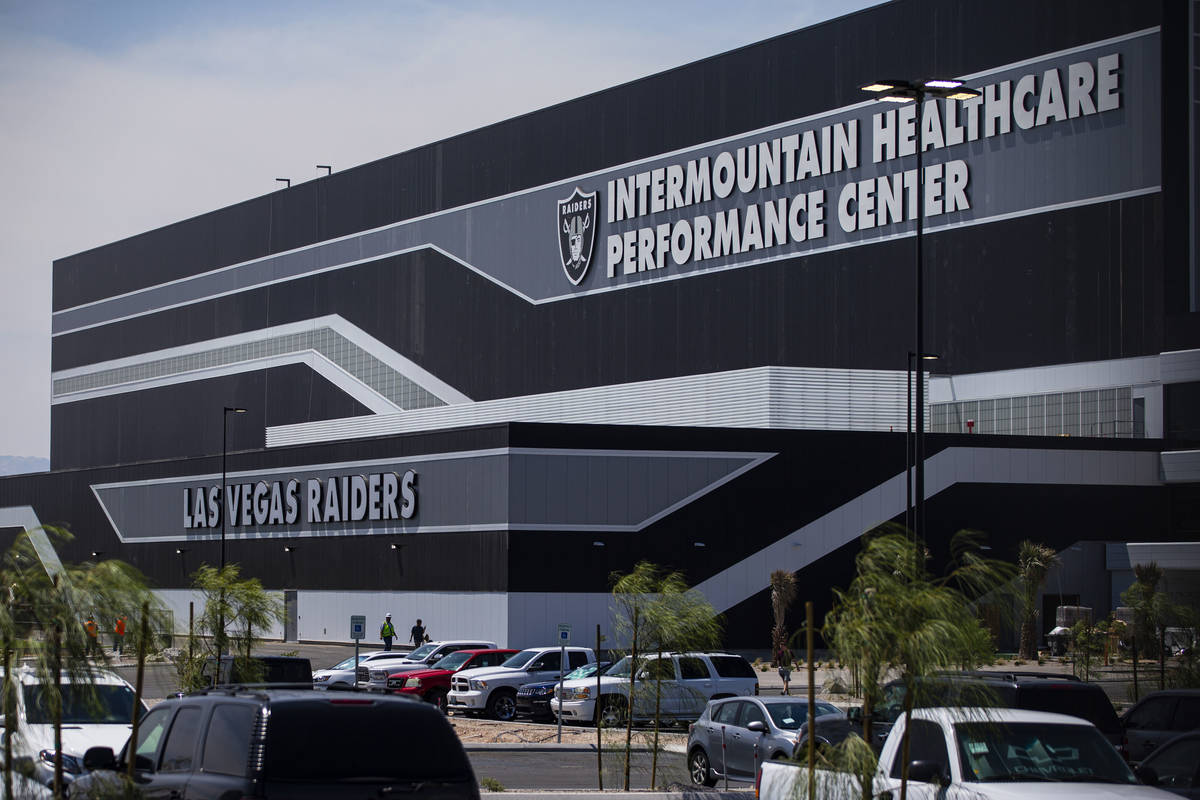 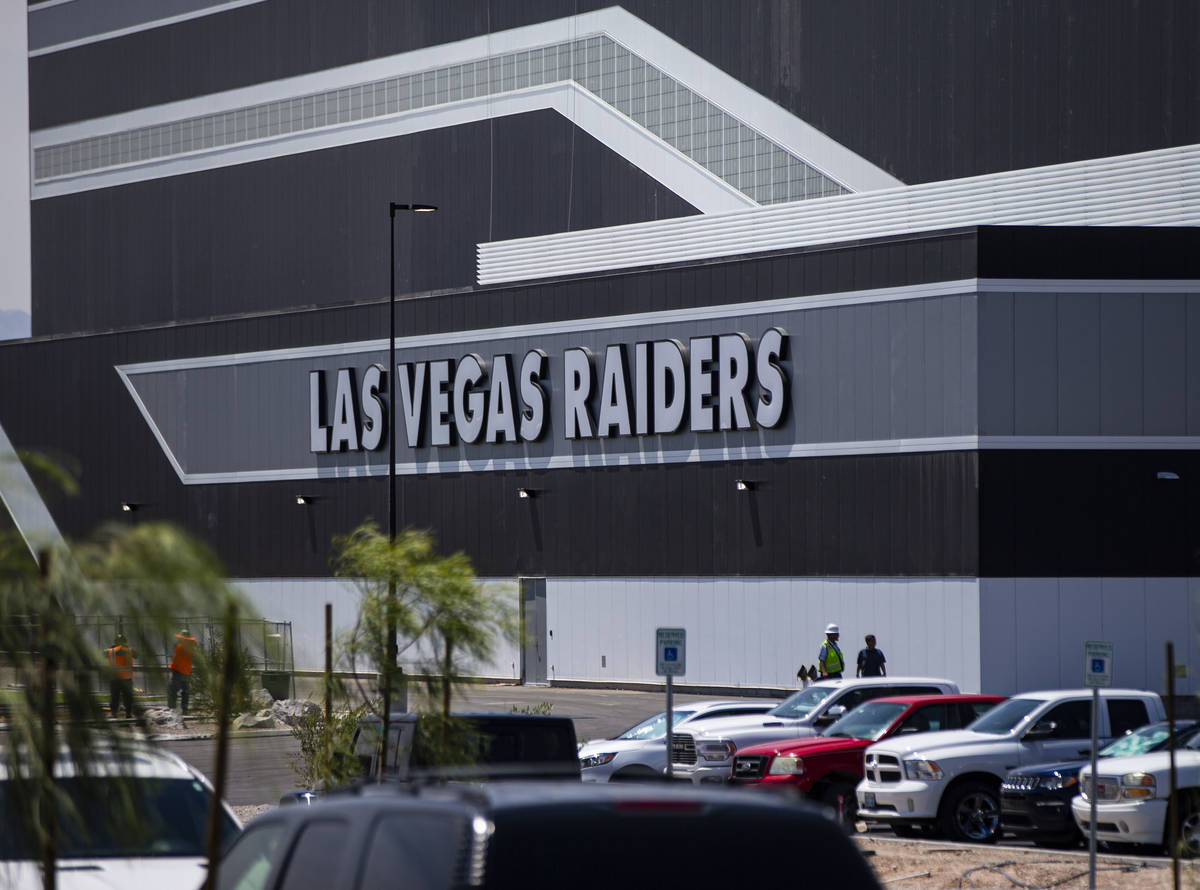 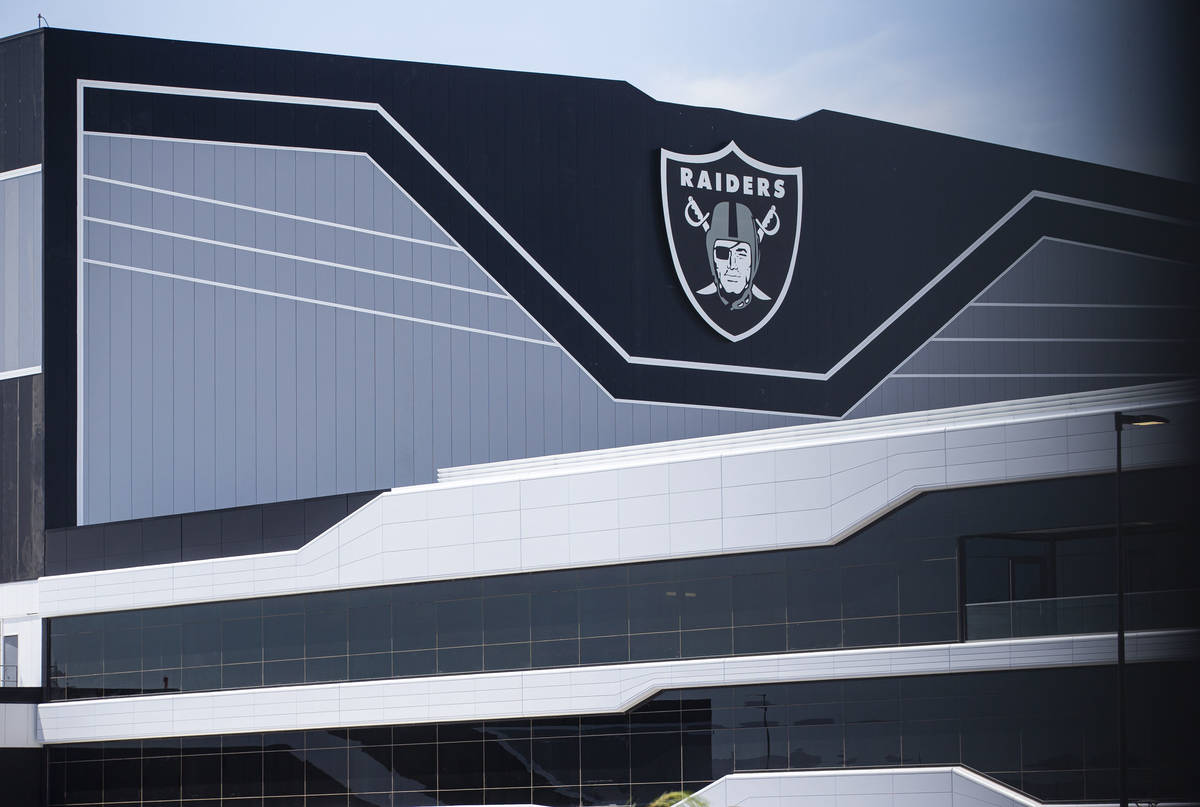 Crews are carrying out the finishing touches on both interior and exterior portions of the over $75 million facility. The team’s new home is expected to be finished later this month.

Once it’s complete, the franchise will move all operations into the building. The team also will host its training camp there this summer, instead of Napa, California, amid the continuing coronavirus pandemic.

Last week crews began moving items that arrived from the Raiders’ old headquarters in Alameda, California, into the 335,000-square-foot building.

Team officials are expecting to move into their new digs sometime this month, but they’re in wait-and-see mode as the league works around coronavirus-related protocols.

The field house is 110-feet tall, with enough height to allow for NFL punters to punt the ball at full force and not hit the ceiling. The field house also features an audio-video system that can emulate different game day scenarios.

The first floor will feature an entrance leading into a three-story atrium, where the Raiders’ Super Bowl trophies and other memorabilia will be displayed. That leads to an area where a 150-seat theater will be located. Not only will the team review game film there, it will also eventually be open for use by the public for special events, according to Don Webb, chief operating officer of the Raiders’ construction subsidiary.

Located just behind the theater will be a large cafe that will feed the Raiders’ team and staff. The cafe also will eventually be open to the public.

The cafe opens up to a series of glass partitions where the public can view practices and other events occurring in the field house, Webb said.

The second and third floors will mostly consist of office space for team and business personnel. Plans call for more than 300 employees to work at the facility.

Owner Mark Davis and president Marc Badain chose to have their offices overlook the three outdoor fields, instead of the Las Vegas Strip to the north to “keep their eyes on the prize.”

Outside of the building, crews are mainly completing final landscaping, lighting, paving and fence work. The porte cochere also is about done, with crews adding the final touches to the base of where the Al Davis memorial torch will sit.

The team’s headquarters is about 13 miles from the $2 billion, 65,000-seat Allegiant Stadium, which is slated for substantial completion July 31.