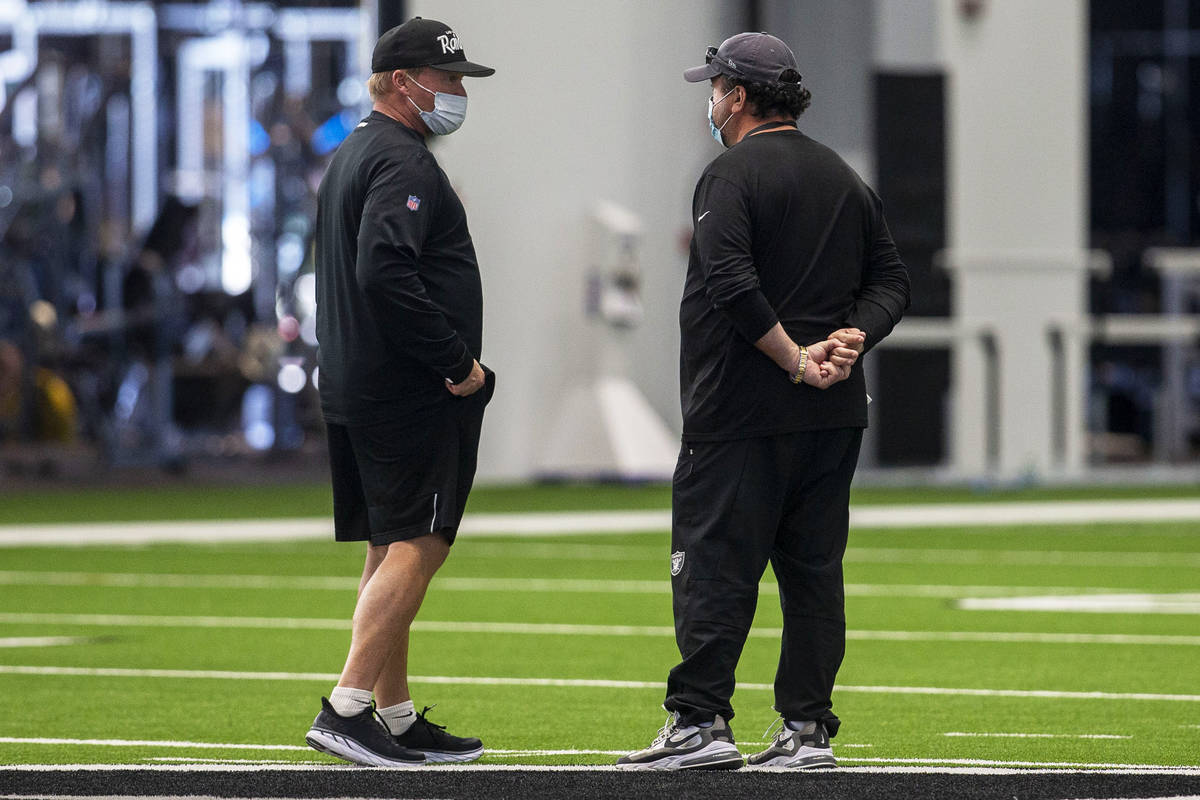 By the time the Raiders take the field against the Cleveland Browns on Sunday, Jon Gruden, Paul Guenther and the rest of the Raiders’ defensive staff will have spent six days trying to cure their ailing pass rush.

Whatever changes they make are being kept under lock and key. But as Gruden insisted throughout the week, everything from personnel groupings to scheme to play-calling is under review. Which means it might be a decidedly different-looking Raiders defense come Sunday.

“We’re going to make some changes, no doubt, with the scheme,” Gruden said. “How much? I don’t know. But you’ll see some things that you didn’t see last week.”

Six games into the season, the Raiders’ defense ranks among the worst in the NFL in a number of categories. Their inability to consistently get pressure on the quarterback is the key culprit. It has enabled opposing quarterbacks to stand tall and comfortable in the pocket and pick apart a secondary already rendered vulnerable by youth and injuries.

Among the most egregious numbers: The Raiders rank 31st in the 32-team NFL in points allowed per game (32.8) and are 30th in sacks with seven. They have accumulated the fourth-fewest quarterback hits at 26 and their 3.1 percent sack rate ranks fifth-worst.

But as time goes on, the coaching staff should have a better understanding of a unit that added seven starters from last year and have a better idea of how to deploy them.

“That’s what coaching is,” Guenther, the embattled defensive coordinator, said Thursday. “It’s … putting guys in the best position to succeed.”

For various reasons — some expected and some a surprise — fitting all the new pieces into a cohesive unit has been a slow process. The focus this week has been to try to figure out why that might be and emerge with some much-needed remedies.

“We’re not being very consistent,” said Guenther, who also warned that there is risk involved with making drastic changes. One such move would be to blitz more often. The Raiders 15.5 percent blitz frequency is fifth-lowest in the NFL.

While that seems like one obvious way to create more pressure on the opposing quarterback, it’s not that simple, Guenther said. For every player devoted to a blitz, that is one fewer player in pass coverage. And if the blitzer doesn’t achieve the goal of disrupting the quarterback, it means the quarterback has open areas in the secondary to exploit.

“There is give and take there, how you decide to do those things,” Guenther said. “There’s pluses and minuses. Sometimes it works, sometimes it doesn’t.”

What would help the Raiders most is if players they expected to perform at previous levels — or take big steps forward — would do so. But from big-ticket free agent Cory Littleton (ranked 75th overall among linebackers by Pro Football Focus) to interior lineman Maliek Collins, who is ranked 106th at his position, several of the Raiders have not played to their potential.

“We just gotta be more consistent,” said defensive end Maxx Crosby. “We gotta be on the same page at all times.”

The Raiders’ inability to do so is reflected in the players’ rankings, according to Pro Football Focus. It starts on the defensive line.

Crosby, in particular, recognizes he needs to play better.

“I gotta be more effective, as far as disrupting the game,” Crosby said. “There’s sack numbers and stuff like that, but I have to be more disruptive every down.”

At defensive tackle, Maurice Hurst is ranked 8th by PFF and Johnathan Hankins is ranked 31st. But Collins, who the Raiders invested big money in as a free agent, is ranked a disappointing 106th.

When asked if the answers to the Raiders’ defensive issues are within the walls of the Raiders facility, Crosby emphatically answered “Absolutely.”

But it’s long overdue that was reflected on the field. A good start would be on Sunday against the Browns.