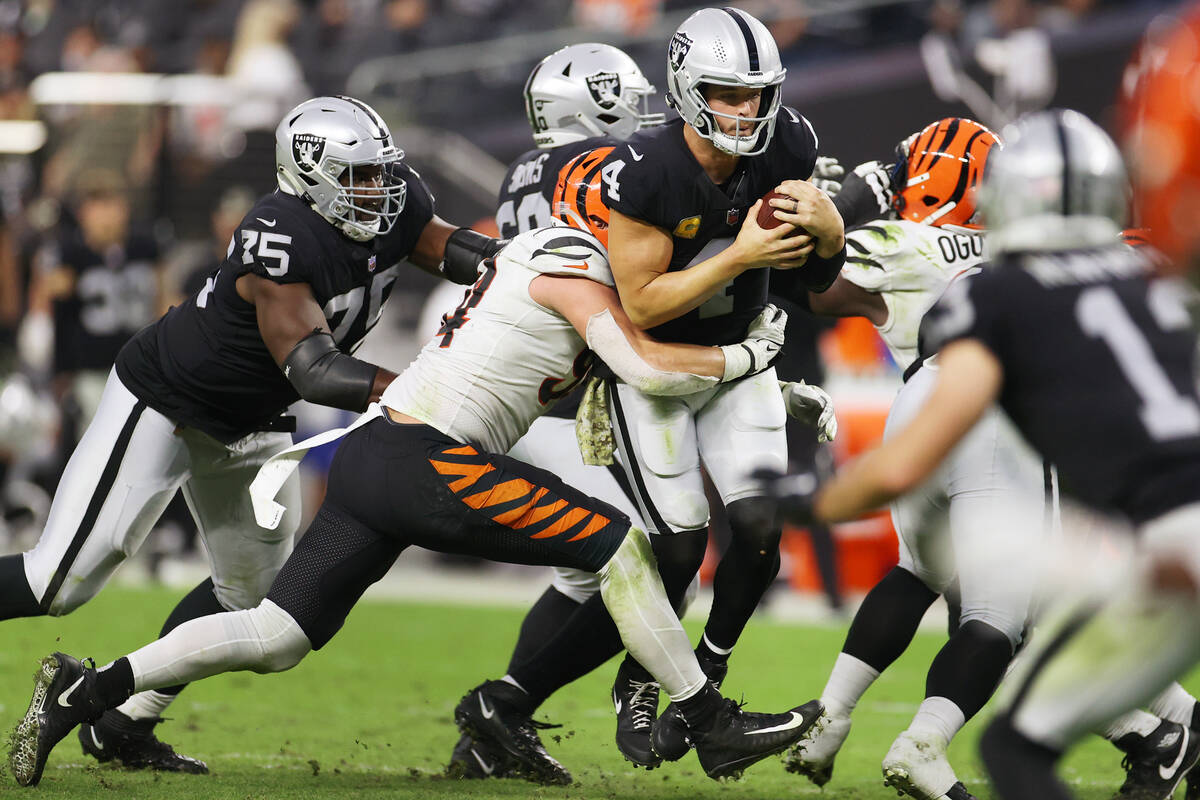 Back in September when the record was perfect and things were looking up and the playoffs felt like a realistic goal, a quiet sense of trepidation lingered in the Raiders’ Henderson headquarters.

“We started 3-0, but at the same time, we put a lot of bad ball on tape,” tight end Foster Moreau said.

In two of the three wins, slow offensive starts resulted in the Raiders falling behind by double digits that required big comebacks to overcome. In spite of a 140-yard rushing effort against the Miami Dolphins, the run game was averaging just 91.3 yards per game and 3.3 yards per carry.

Meanwhile, quarterback Derek Carr was sacked eight times behind an offensive line that also was unable to open holes for its running backs. The offensive line was so bad that the Raiders would soon make the drastic decision to move rookie right tackle Alex Leatherwood to right guard and insert Brandon Parker at right tackle.

Finally, the 7.7 penalties the Raiders were averaging were the fifth-most in the NFL.

Winning, as they say, is the best deodorant. But the Raiders were growing more and more concerned their success wasn’t sustainable if they didn’t clean some things up.

“Inside the building we were looking at those things and saying, ‘man, we have to do these things better or it’s gonna come up and get us,’ ” quarterback Derek Carr said.

The day of reckoning occurred three weeks ago in a listless loss to the beatable New York Giants. What followed were two blowout losses to the Kansas City Chiefs and Cincinnati Bengals.

In those games, the Raiders were not able to run the ball, failed to convert on third downs, fell behind and over-extended their defense.

They also haven’t helped themselves with penalties, a handful of which either sabotaged offensive drives or extended drives of their opponents. That includes three infractions the Raiders committed on Sunday against the Bengals on would-be third-down stops.

Rather than getting the Bengals off the field, the Raiders gifted them a fresh set of downs that eventually led to 16 points.

“We call them foolish because that’s exactly what it is,” linebacker Cory Littleton said of the careless penalties. “We’re shooting ourselves in the foot and putting ourselves in harder situations, and these offenses that we’ve been playing have been capitalizing off of that.”

In many ways their current difficulties are an extension of the same issues the Raiders dealt with earlier this season. Back then they overcame them. But now those same flaws are overpowering them.

“We had some things going in those games that we’re not getting away with,” Carr said.

Where the Raiders once stood 3-0 and 5-2 and at the top of the AFC West, they now sit 5-5 and need a minimum of five to six wins over their seven remaining games to have a shot at the playoffs.

That push starts Thanksgiving Day against the Dallas Cowboys.

All of which seems moot if the Raiders can’t fix their biggest problems. It starts with running the ball better and being more efficient and poised in key situations. They have been talking about it all year, but they are running out of time to do something about it.

“We believe that we can make those changes,” Carr said. “Now we have to go do it. It’s the difference between just believing it and actually doing it. We have to prove it.” 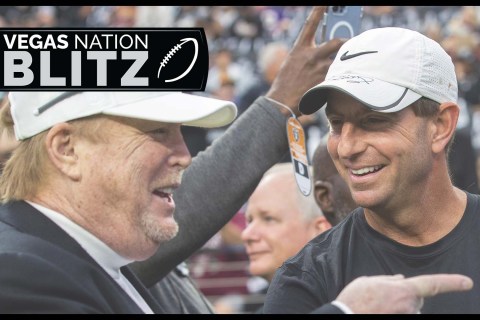 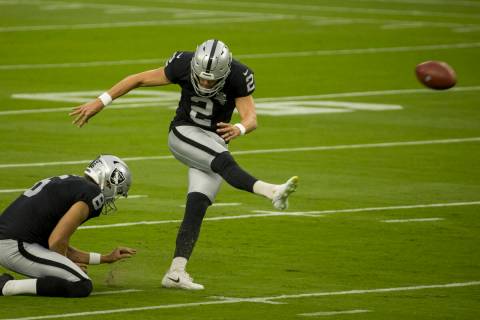 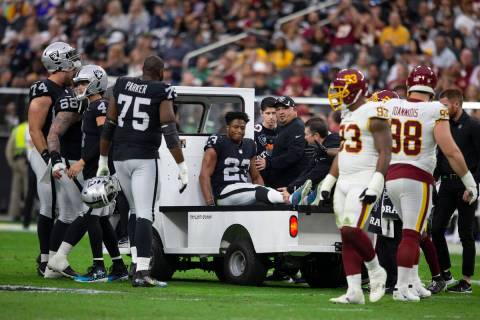 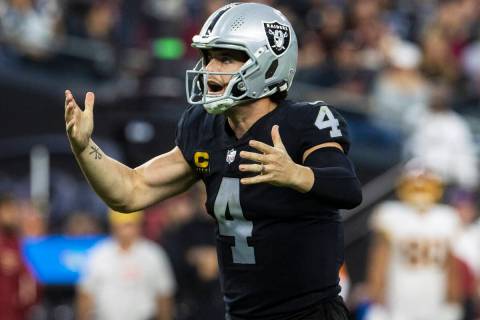