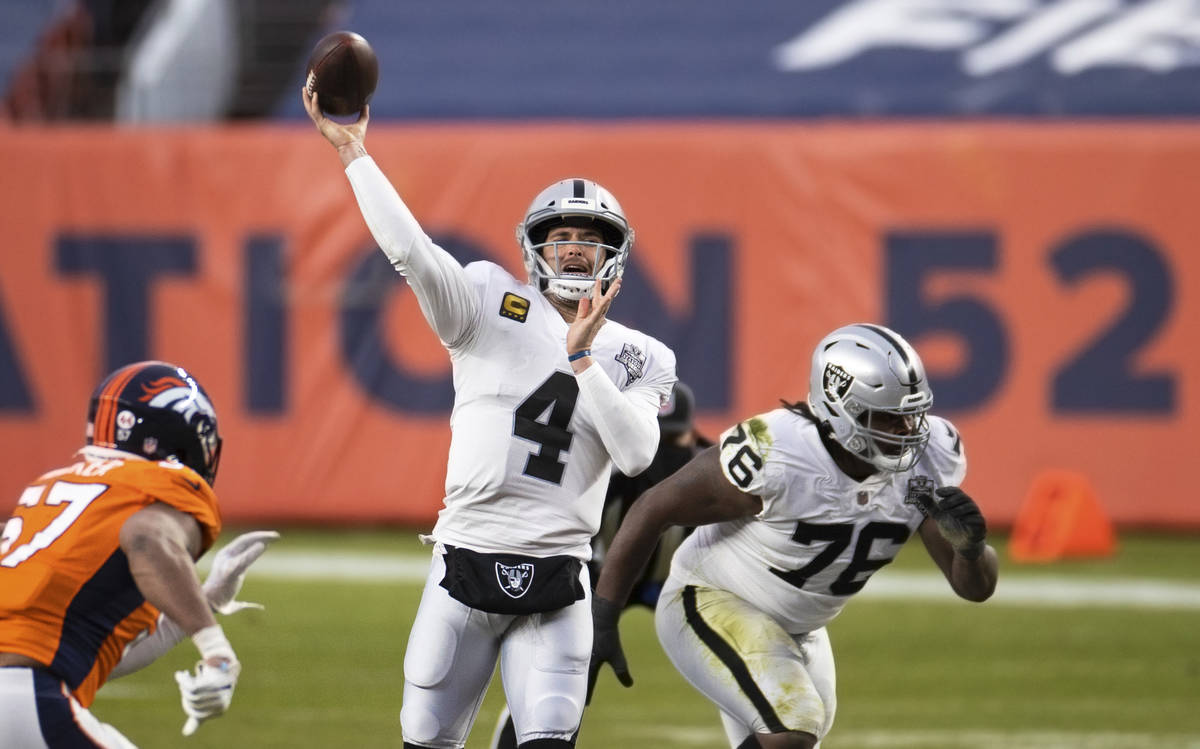 With the recent buzz that Raiders’ quarterback Derek Carr is garnering interest from other teams after a strong season, Vegas Nation’s Sam Gordon and Heidi Fang analyze what that could mean for his future, the chances the Raiders look at acquiring Deshaun Watson and they examine what the Raiders might do with their backup quarterback situation.

Each Monday, a new video will be posted taking a look at the Raiders’ position groups and breaking down what the Silver and Black may do to bolster their roster in 2021.