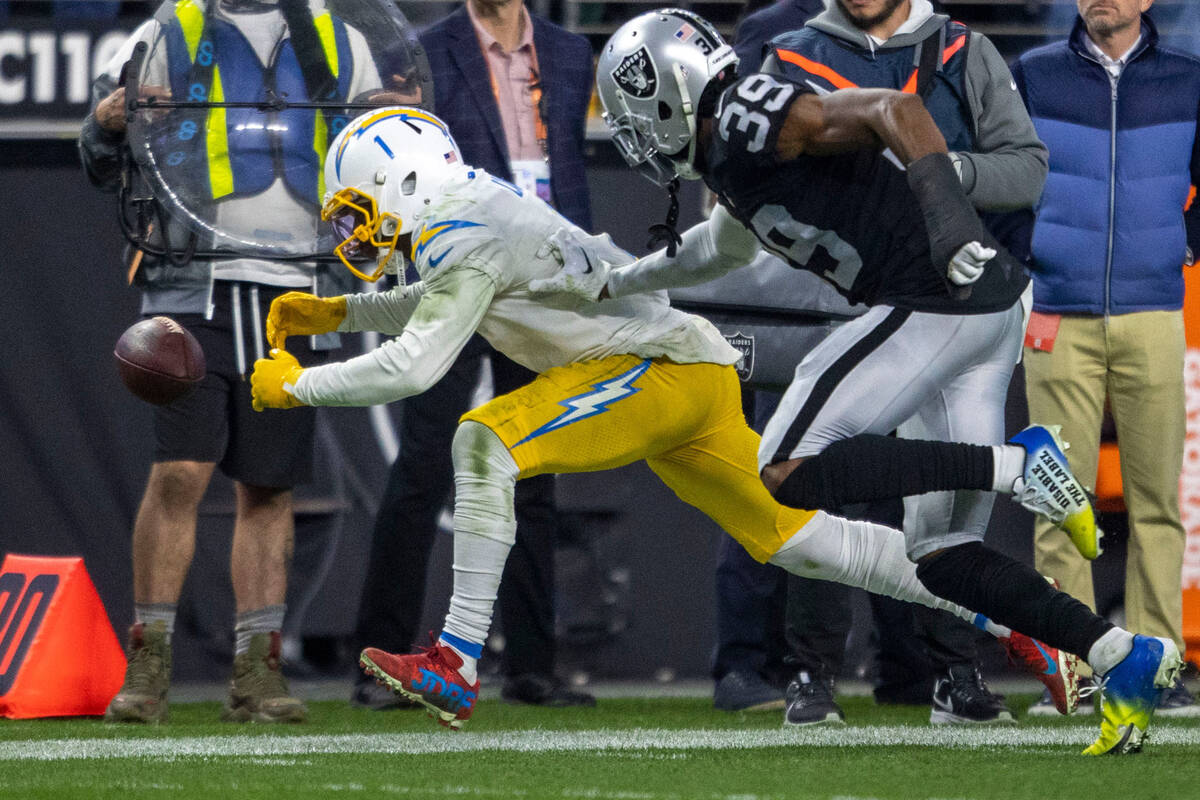 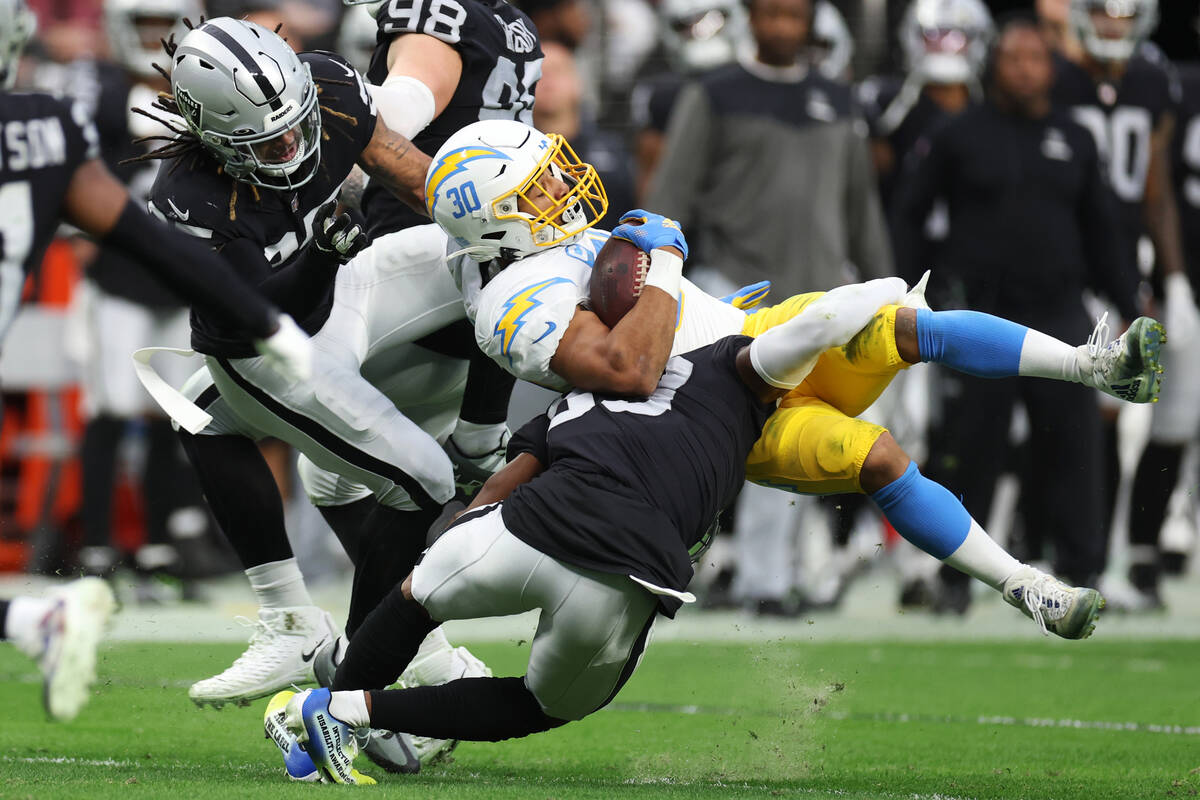 It had been so long since Raiders cornerback Nate Hobbs was on the field that he almost got romantic about his fumble recovery in a 27-20 victory over the Chargers on Sunday at Allegiant Stadium.

“I saw the ball rolling around, and three people had a chance, but she wanted me,” he said of scooping up Austin Ekeler’s third-quarter fumble. “She chose me. I just scooped the ball and tried to make something happen.”

Hobbs’ wasn’t completely satisfied with the first fumble recovery of his career because he gained just 7 yards on a return he called “trash,” but little could dampen his enthusiasm for being back on the field after missing six games with a broken left hand.

“It felt amazing,” he said. “I’ve been out so long just watching my teammates. There’s nothing like being out there and playing with them.”

Hobbs didn’t shy away from contact despite his injury. He finished with eight tackles and briefly left the game in the first half after a big hit but wasn’t about to come out for long.

“That was just a little stinger,” he said. “I’m good. I felt great. Didn’t even think about my hand. I just went out there and competed. That’s what I like to do. It’s all I tell myself every play. Just win the play and compete. I’m going to give the team everything I’ve got. I don’t care what happens.”

Hobbs said he was fighting to get back on the field since he was eligible to come off injured reserve two weeks ago. His return was complicated by an illness that caused him to miss practice before the Seahawks’ game last week.

He was already motivated, but got an extra boost of adrenaline from trash-talk directed at the Raiders’ secondary by Chargers star Keenan Allen.

“Barbecued chicken,” Hobbs said in reference to Allen’s prediction of what would happen to the Raiders defensive backs if they tried to play man-to-man coverage on him. “That’s all I’ve got to say.”

Allen did haul in six passes for 88 yards and a touchdown, but it took 14 targets and he battled tight coverage all game.

“Barbecued chicken, huh? OK,” Harmon said. “He’s a great player. One of the best receivers in this game. But at the end of the day, you have to respect the game and your opponents, and at that point, he didn’t. But I have all the respect for him, and he made plays. Always fun to compete against him, and it brings the best out of you.”

Harmon said having Hobbs back was a boost to the defense.

“He’s one of the best corners in the league,” Harmon said. “He can cover; he can tackle. He does everything the right way. He brings big energy to the defense and the whole team.”

The Raiders have three days to prepare for a Thursday night game against the Rams at SoFi Stadium, so the usual 24-hour rule of celebrating a victory or lamenting a loss doesn’t necessarily apply.

Quarterback Derek Carr said he came out of the game healthy, which will be a benefit in his preparation.

“Today is Wednesday,” said Carr, referring to the team’s normal week. “The main thing is I didn’t get hit in the ribs again.”

Running back Josh Jacobs said he might stay in bed a bit longer Monday to begin his recovery process for the short week.

With his two touchdown receptions, Raiders wide receiver Davante Adams has 85 in his career.

That puts him tops among all receivers since he debuted in the NFL in 2014. It also ranks fifth in history for a player in his first nine seasons.