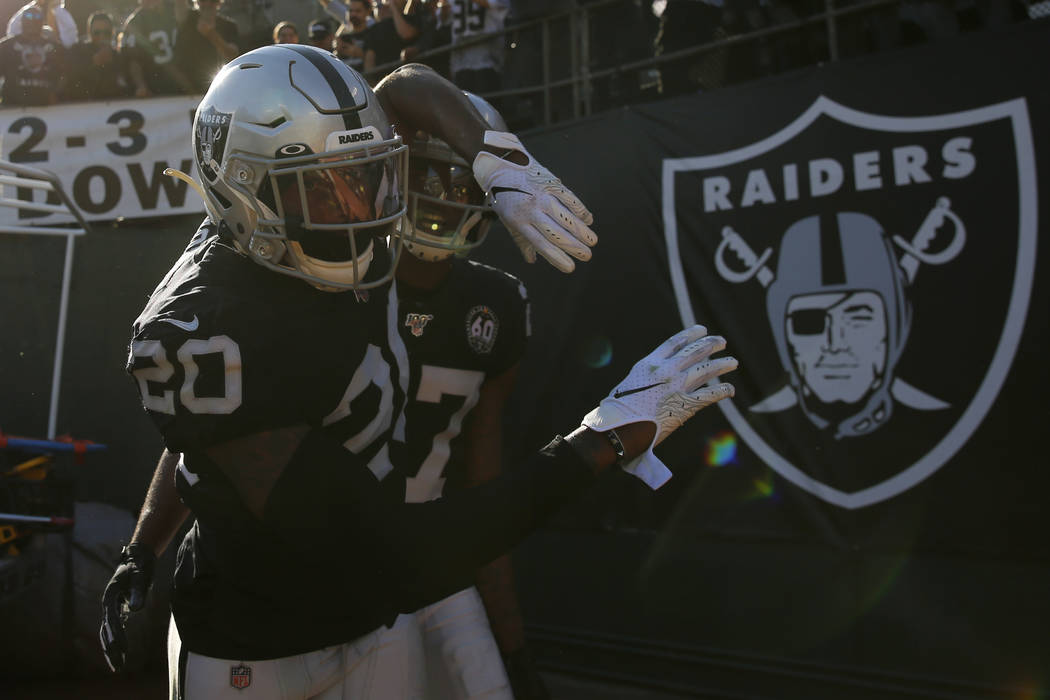 Oakland Raiders cornerback Daryl Worley (20) celebrates after intercepting a pass against the Detroit Lions during the first half of an NFL football game in Oakland, Calif., Sunday, Nov. 3, 2019. (AP Photo/John Hefti) 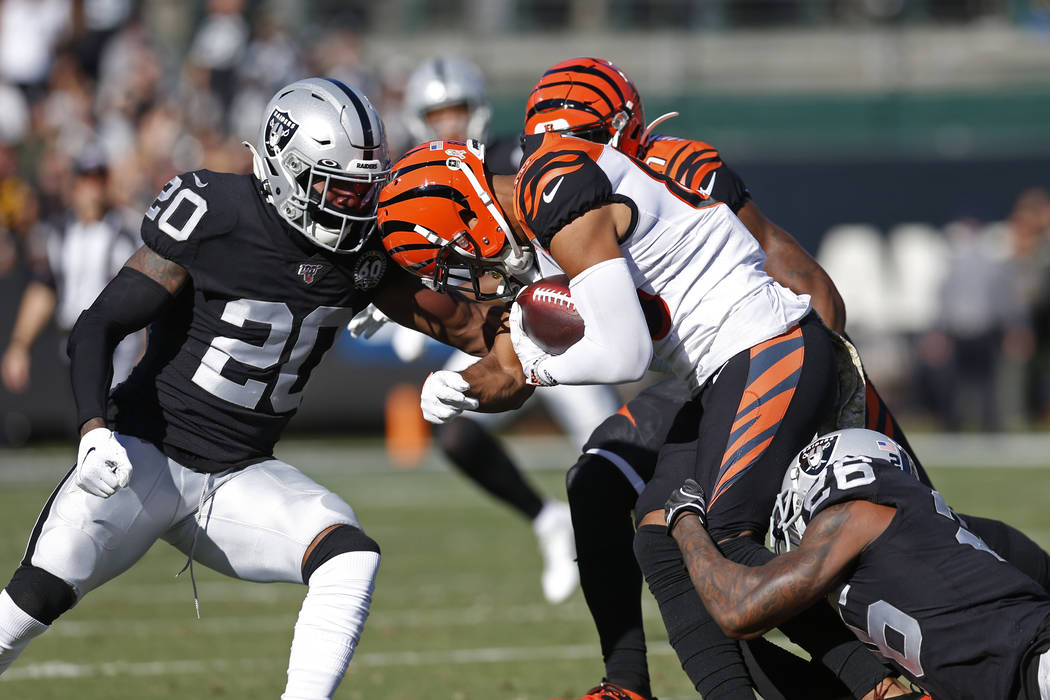 ALAMEDA, Calif. — Raiders right tackle Trent Brown is listed as questionable with his pectoral injury for Sunday’s game against the Jaguars. Brown missed the first two days of the practice week, but was on the field for Friday’s session.

“He took some reps in the team period — a couple here and there,” Raiders coach Jon Gruden said. “We’ll see how he feels here today and tomorrow.”

But the news wasn’t quite as positive for defensive back Daryl Worley (neck). He was supposed to make his debut at safety this week, but missed all three days of the practice week with a neck injury. Gruden called Worley “very questionable, indeed,” which does complicate the Raiders’ plans at safety.

“We’ll keep those plans — like a lot of our other plans — under wraps for a while,” Gruden said.

Linebacker Marquel Lee (toe) was also a spectator during the Raiders’ open portion of practice on Friday. Lee did have a helmet on, but he was still standing next to Worley as the team stretched. He’s listed as questionable.

Elsewhere on the Raiders injury report, right guard Gabe Jackson (knee) was back at practice on Friday, and he does not have an injury status. Running back Josh Jacobs (shoulder) is listed as questionable after practicing all three days this week in a limited capacity.

Wide receiver Hunter Renfrow (ribs) is out. Though he practiced on Thursday, he did not on Friday.