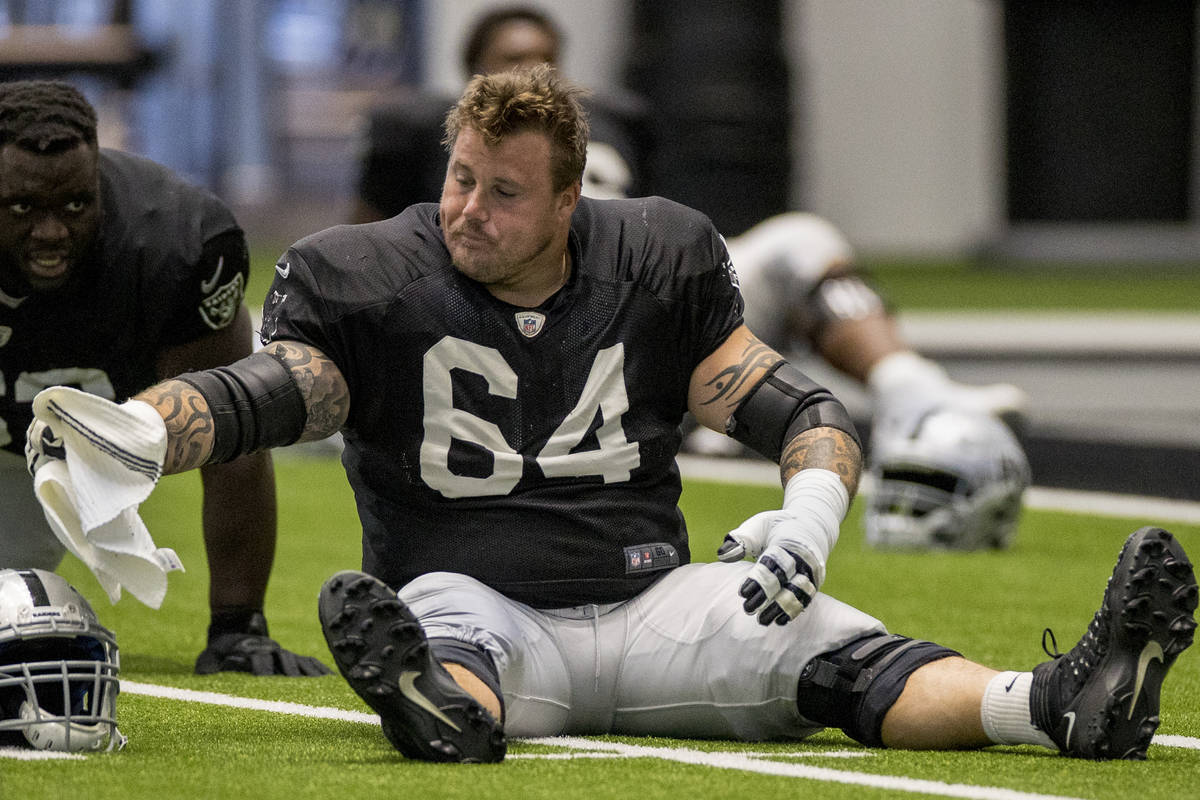 Raiders starting left guard Richie Incognito will miss the rest of the season after undergoing surgery on his foot.

“He had season-ending foot surgery,” Gruden revealed. “I hate to admit that, but we’ve tried everything we can. Richie’s tried everything he can to get back on the field. His season is over.”

The 37-year-old has been out since suffering what has been listed as an Achilles injury late in the Sept. 21 home opener against the Saints.

Gruden provided a slightly more positive update on starting right tackle Trent Brown, who has played just one full game this season and hasn’t been on the field since the first meeting against Kansas City on Oct. 11.

“His status is still up in the air,” Gruden said. “He’s still hopefully about to get started here and resume his playing.”

The coach declined to go into details about the health of the rest of his team between injuries and COVID-19 issues.

Help on the way

The Raiders are looking to bolster their pass rush with a couple of reclamation projects.

Outside linebacker Vic Beasley and defensive end Takkarist McKinley have been added to the organization. Both are former first-round picks of the Atlanta Falcons.

McKinley, 25, was claimed by the Bengals after he was released by the Falcons earlier this month, but failed a physical and was released. The 49ers then put in a claim and also released him for failing a physical.

Now it’s the Raiders’ turn to give him a shot after he was formally claimed off waivers.

He started four games with the Falcons this season, recording eight tackles and a sack. He had 3.5 sacks last season after posting a career-high seven in 2018.

Beasley has been added to the practice squad weeks after he was released by the Tennessee Titans. The 28-year-old didn’t record a sack for the Titans in five games this season after inking a one-year, $9.5 million contract in the offseason.

The Raiders failed to record a sack in a loss to the Chiefs on Sunday and have just 11 on the season.

Defensive lineman Datone Jones was released in a corresponding move.

No blame from Gruden

Gruden refused to assign blame for what went wrong on the Chiefs’ game-winning touchdown on Sunday night when tight end Travis Kelce was left all alone in the end zone.

“I’m not going to single out any player at a press conference,” he said Monday. “We lost that game because we didn’t get it done. We all have to get better. We all have to play better, and we all have to coach better. I’ll leave it at that.”

Replays showed safety Johnathan Abram, who has often been criticized for over-aggression, breaking from his deep zone when quarterback Patrick Mahomes broke the pocket and looked like he might try to run.

Gruden confirmed he planned to kick a field goal in the second quarter of Sunday night’s game even before an unsportsmanlike conduct penalty essentially took the decision out of his hands.

After an incomplete fade pass to rookie receiver Bryan Edwards on third-and-goal from between the 1- and 2-yard lines, Gruden and several other coaches and players unsuccessfully lobbied for pass interference.

The officials threw a flag on the bench for arguing.

“I was going to kick the field goal,” Gruden said. “I thought it was closer to the 2-yard line than the 1. Knowing what I know now, maybe I would’ve changed my mind, but the penalty was on me. I was outside the coaching box. Foolish penalty by me.”