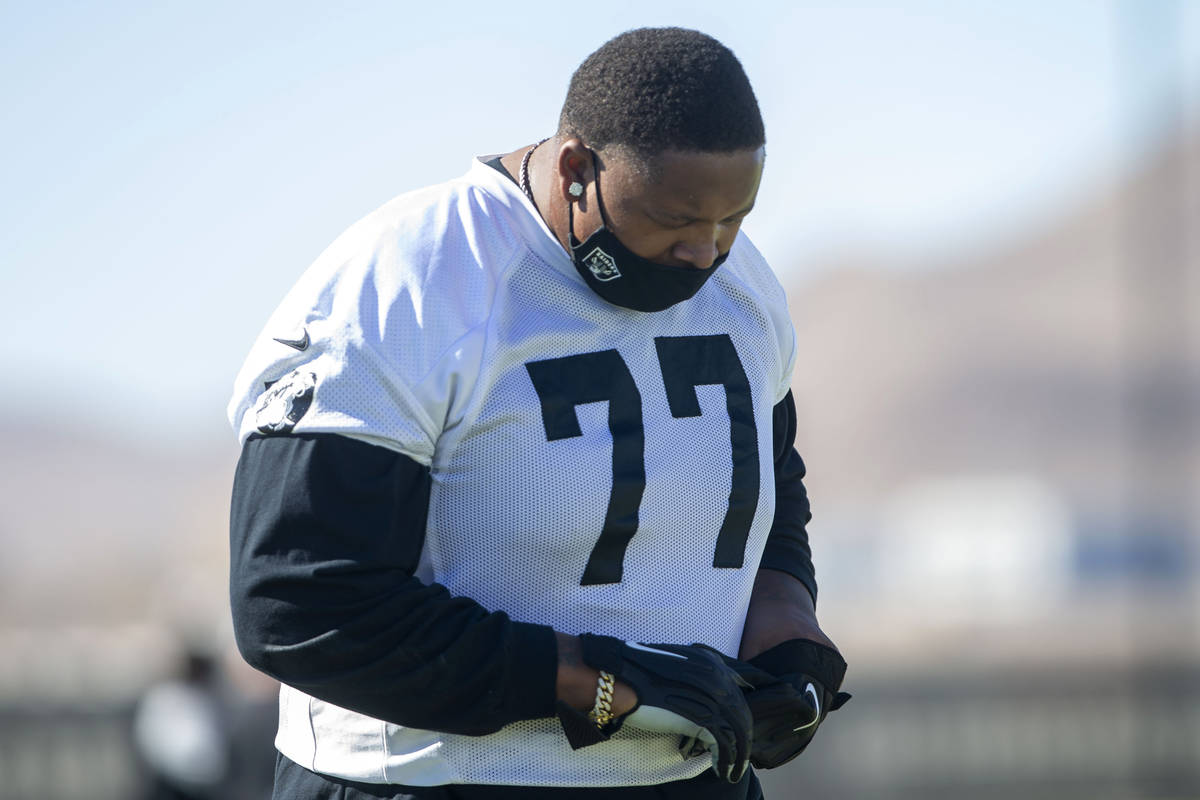 The 27-year-old on Thursday was placed on the team’s Reserve/COVID-19 list for the second time this season amid lingering issues from his bout with the virus last month, a person with knowledge of the situation confirmed.

He probably won’t play against the Chargers on Sunday, but the team is hopeful he can return and contribute during the final eight games of the regular season.

Brown tested positive for the virus late last month after the team’s bye week and was initially placed on the coronavirus reserve list in the days before the Raiders’ game Oct. 24 against the Tampa Bay Buccaneers. Precautionary contact tracing also kept the rest of the starters on the offensive line out of practice throughout that week.

They played against the Buccaneers, but Brown did not.

Brown was activated, though, from the list last Friday and returned to practice in preparation for a road game against the Cleveland Browns, whom the Raiders beat 16-6.

He was supposed to play Sunday, but a botched pregame intravenous injection resulted in air entering his bloodstream. He was scratched from the starting lineup and transported to a nearby hospital, where he spent the night before returning to Las Vegas.

Raiders coach Jon Gruden said Wednesday that Brown was in good spirits, but did not elaborate on his status.

Brown was not at practice on Tuesday or Wednesday.

Most people who recover from the coronavirus do not experience additional symptoms, but some still do, no matter how mild the case, according to the Mayo Clinic. The most common symptoms include fatigue, cough, shortness of breath, headaches and joint pain.

The virus can also cause long-term damage to the heart, lungs and brain.

Brown has played in just two games this season and accounted for 15 percent of the team’s offensive snaps through seven games of this, his second year with the Raiders, with whom he signed a lucrative four-year contract in March of 2019.

He played 11 games last season and missed all of training camp ahead of this season. He also injured his calf three plays into Las Vegas’ season opener against the Carolina Panthers, returning only for a 40-32 victory over the Chiefs in October.

Veteran swing tackle Sam Young started in Brown’s place against Cleveland, but left the game in the first half with a knee injury. Third-year tackle Brandon Parker replaced Young against the Browns and played well enough to earn praise from Brown on Twitter after the game.

Parker, who could play again Sunday against the Chargers, said that Brown has helped him “tremendously.”

“He’s always kind of been one of those guys. (He’s) at the top now, obviously so he’s not afraid to reach out to guys like myself and (third-year offensive tackle) Kolton (Miller), who are developing … to really give us pointers,” Parker said. “He’s been huge in helping me develop, along with everybody else.”