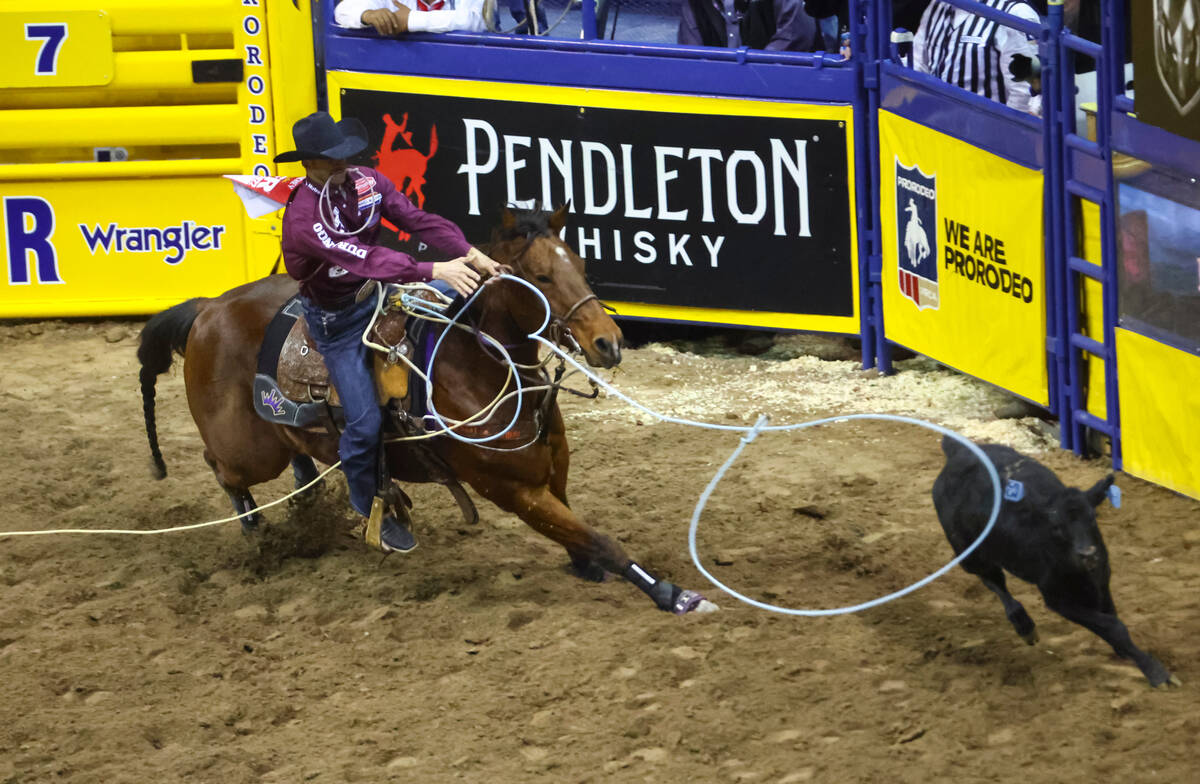 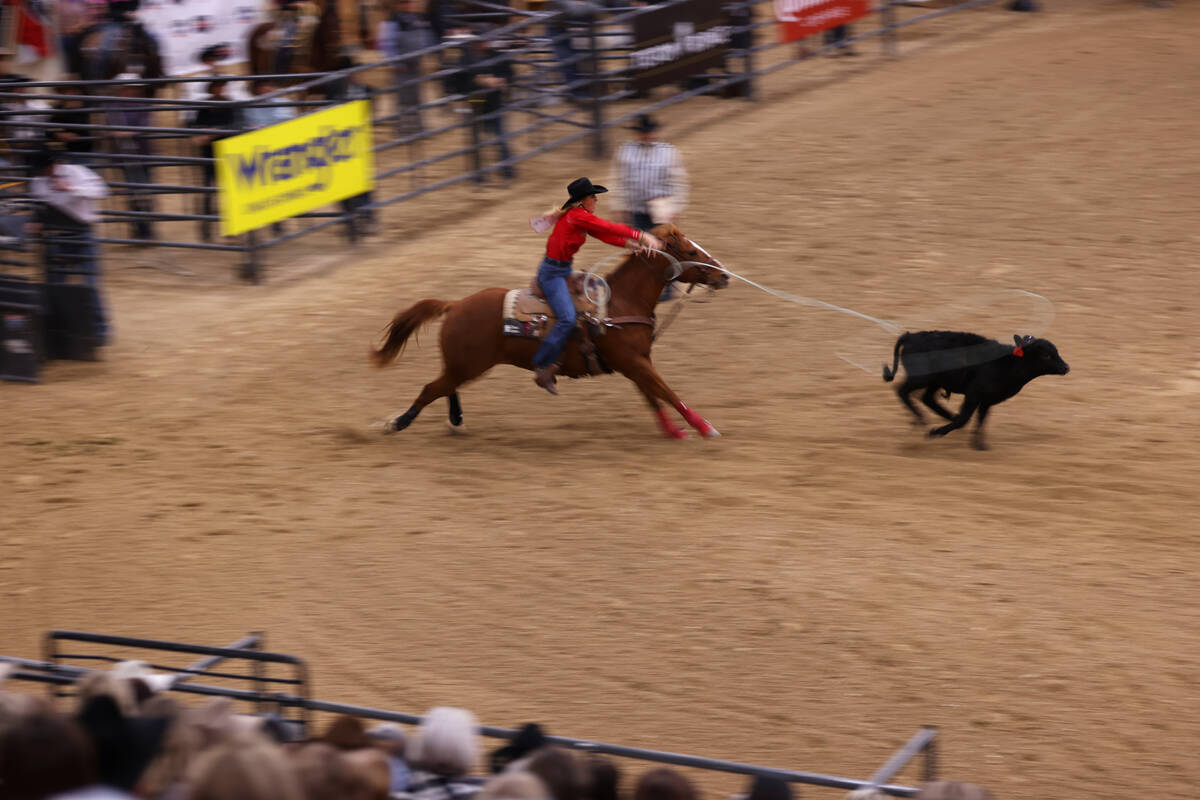 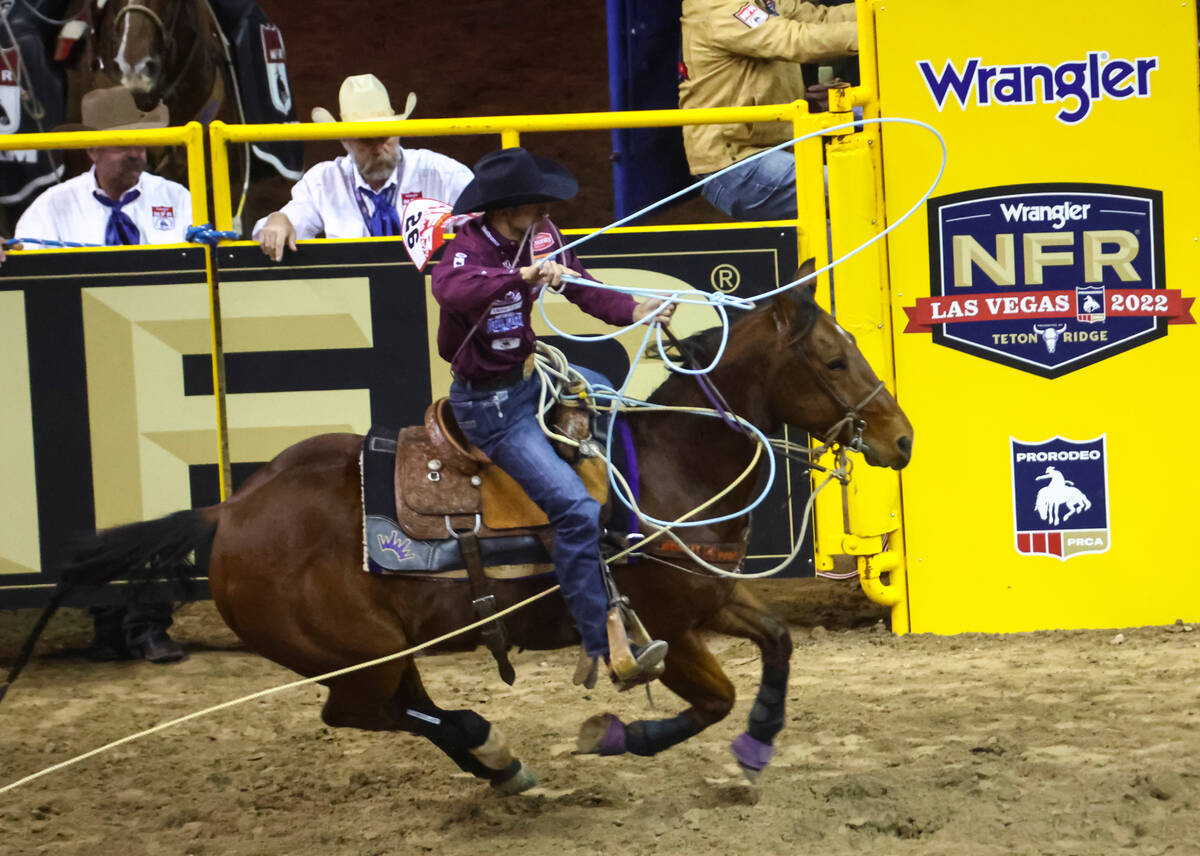 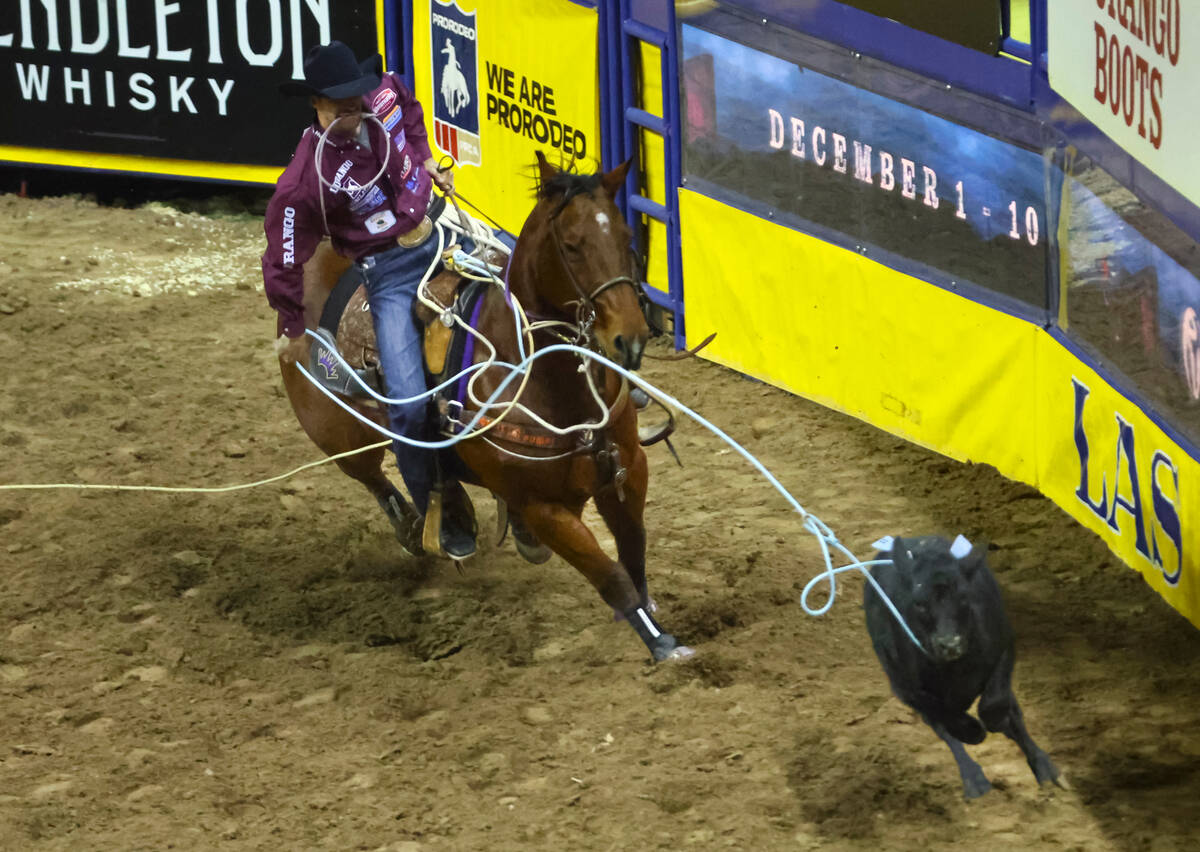 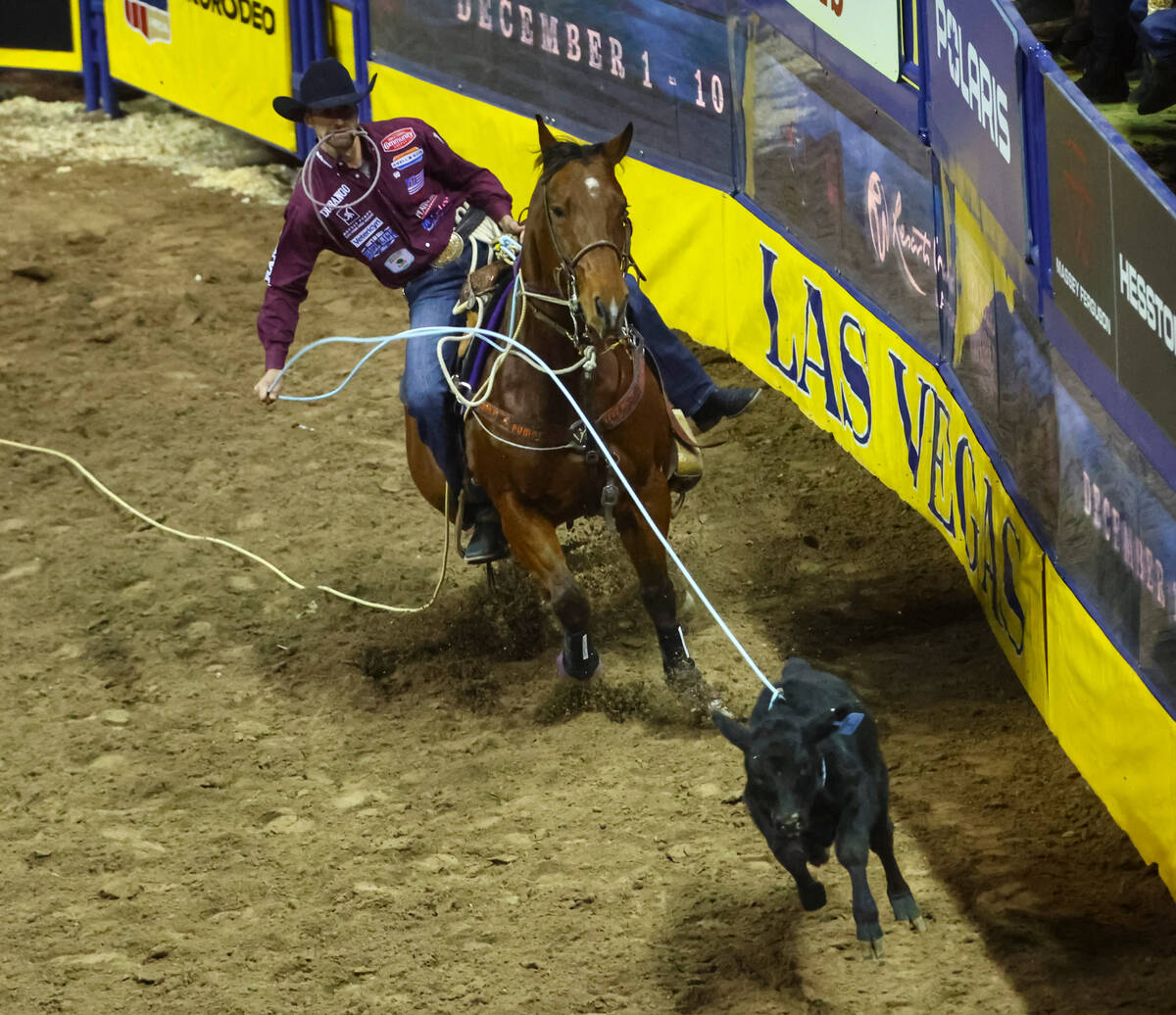 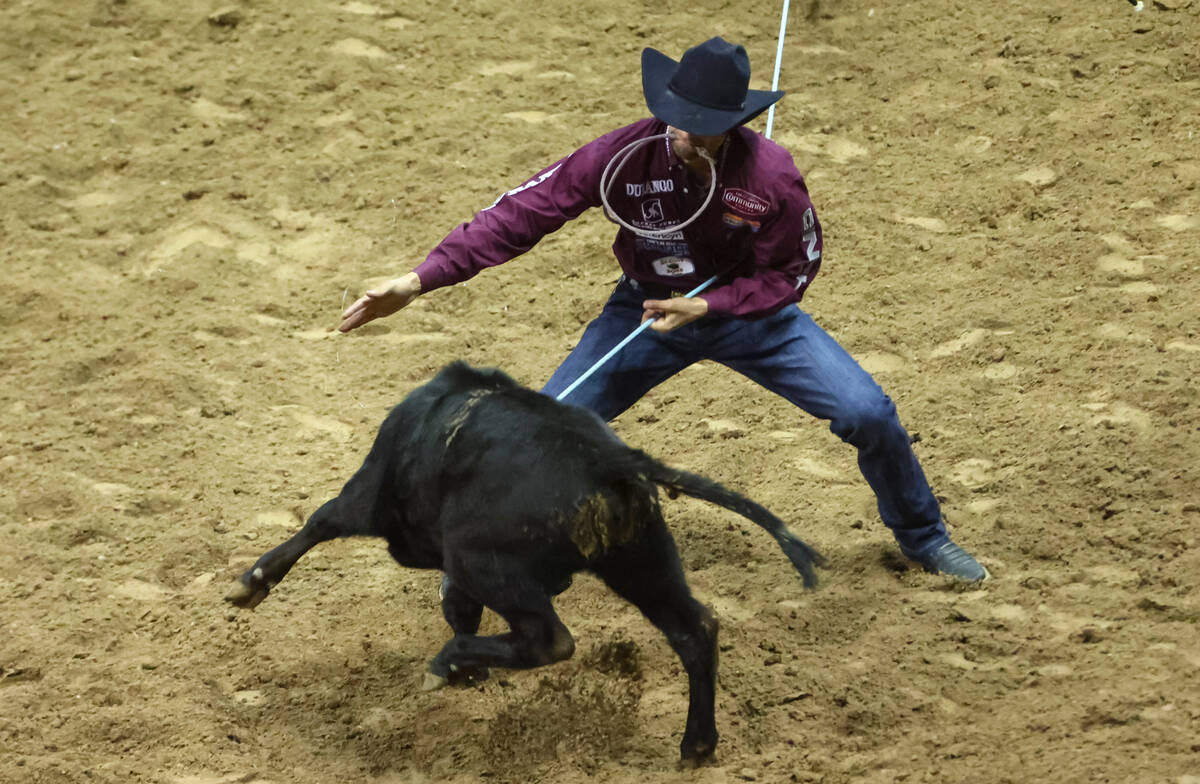 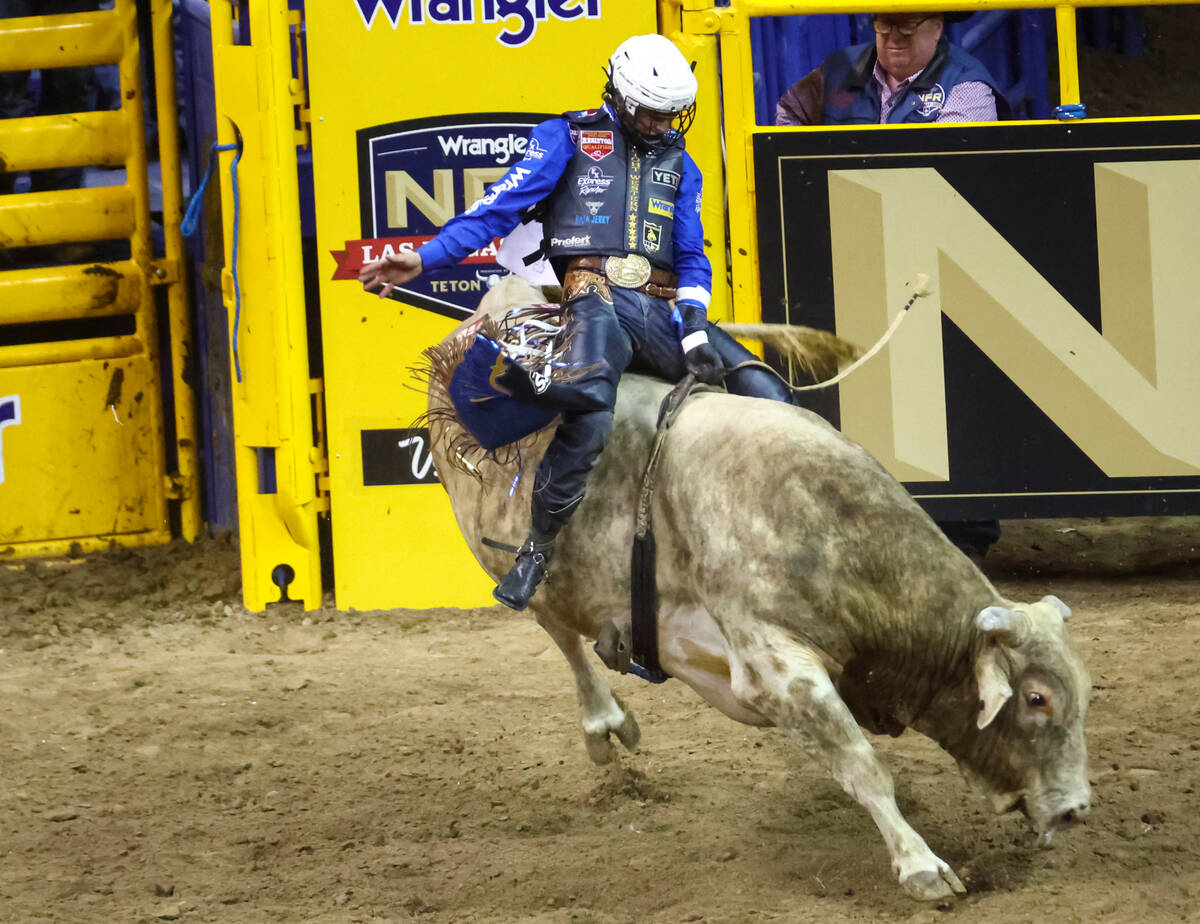 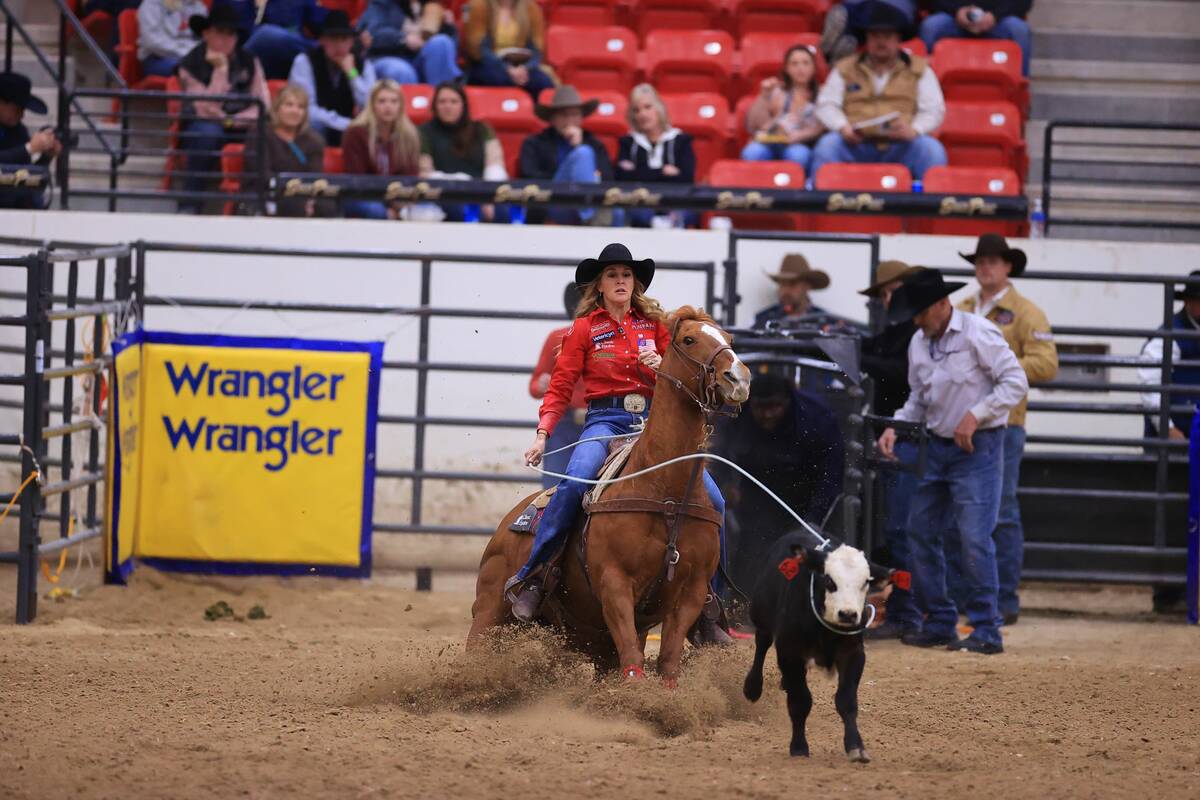 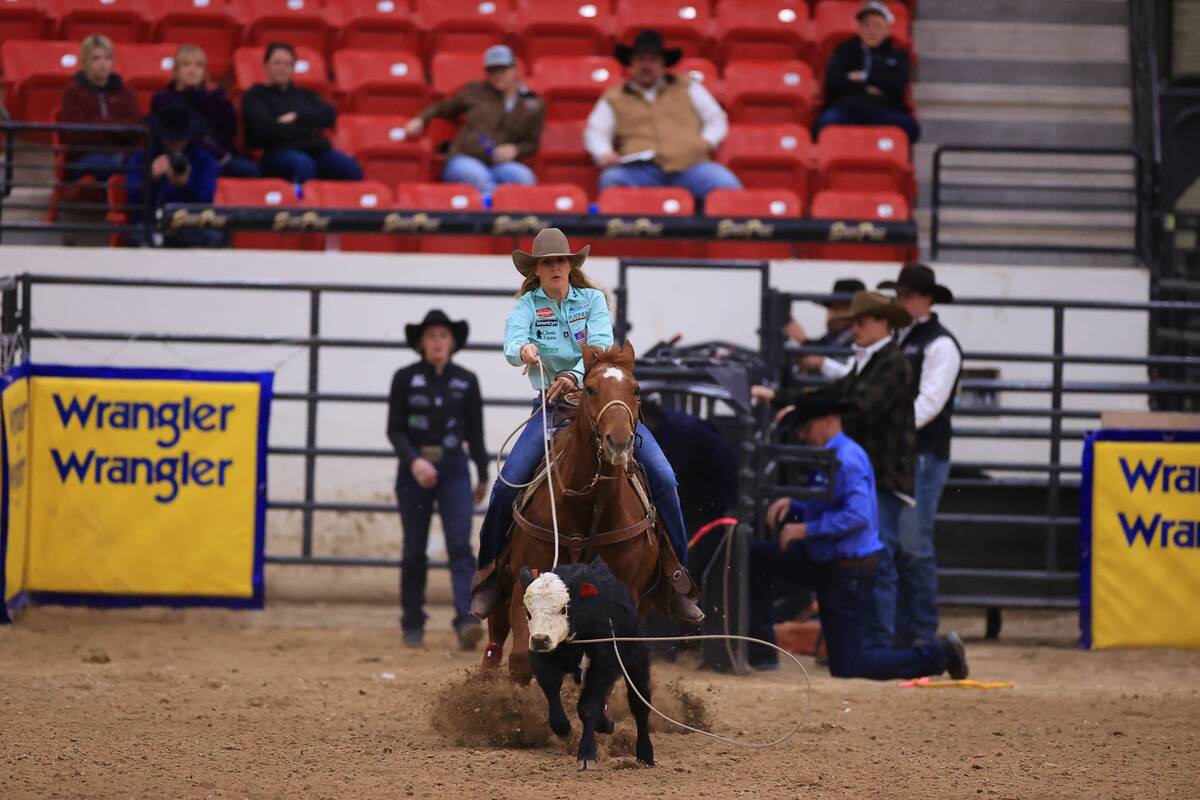 There are matches made in heaven, and then there is the tie that binds Shane Hanchey to his wife, Taylor.

That one was made in a corral.

They are now on a short list of husbands and wives who have competed in the National Finals Rodeo, which got underway Thursday night at the Thomas &Mack Center.

Shane Hanchey, the 2013 tie-down roping champion, is competing in his 13th NFR.

Taylor Hanchey rode in the 2013 and 2015 barrel racing finals. Last year she qualified for the National Finals Breakaway Roping, and Wednesday finished in a tie for ninth place in this year’s event at the South Point Arena &Equestrian Center.

“We don’t always get to compete at the same rodeo,” said Taylor, the only Women’s Professional Rodeo Association cowgirl to qualify for national finals in two events. “So to be able to compete together at our Super Bowl, that’s huge.”

Shane Hanchey said competing on different circuits with different schedules often makes the couple feel like ships passing in the night, if ships were used to haul rodeo horses.

“There’s some rodeos where we’re together. But more times than not, she’s already been there or she’s going there after me,” said the 33-year-old veteran from Sulphur, Louisiana, who missed the calf with his first loop and settled for a time of 19.9 seconds in Thursday’s tie-down roping opening round.

Despite Shane’s fate on opening night, the Hancheys are hoping to turn their NFR trip into a busman’s holiday.

Thanksgiving dinner was moved to Wednesday, because the two had agreed to host a clinic on the New Mexico State campus in Las Cruces starting Friday. The game plan was to make Wickenburg, Arizona, in time for the TV kickoff of Saturday’s college football game between Shane’s Louisiana State Tigers and Taylor’s Texas A&M Aggies.

Then on Sunday, it was on to Las Vegas for separate national finals.

“Once it kicks off, it’s kind of like herding cats,” Shane said about traveling to Las Vegas with one’s spouse in the front passenger seat and five horses in the trailer.

“I get way more nervous when she ropes than when I do … but she gives me more tips than I probably give her. A lot of times we don’t even get back to the (hotel) room before we’re discussing what she saw, what I felt, and vice versa.”

In addition to being her husband’s No. 1 fan, Taylor also is responsible for the family finances. Which can be more difficult than lassoing a frisky calf.

After a slow start in the breakaway finals, Taylor earned a go-round win during the second day of competition to add another $5,956 to the couple’s bottom line.

With each round at the more lucrative NFR paying nearly $29,000 to win, and the winner after 10 performances collecting another $74,150, Shane has his eye on cashing early and cashing often.

He also must be hoping that LSU can improve its defense. It’s a 20-hour drive back to the family ranch in Carmine, Texas, and a certain A&M fan along for the ride might be up for some serious smack talk following the Aggies’ 38-23 upset victory.