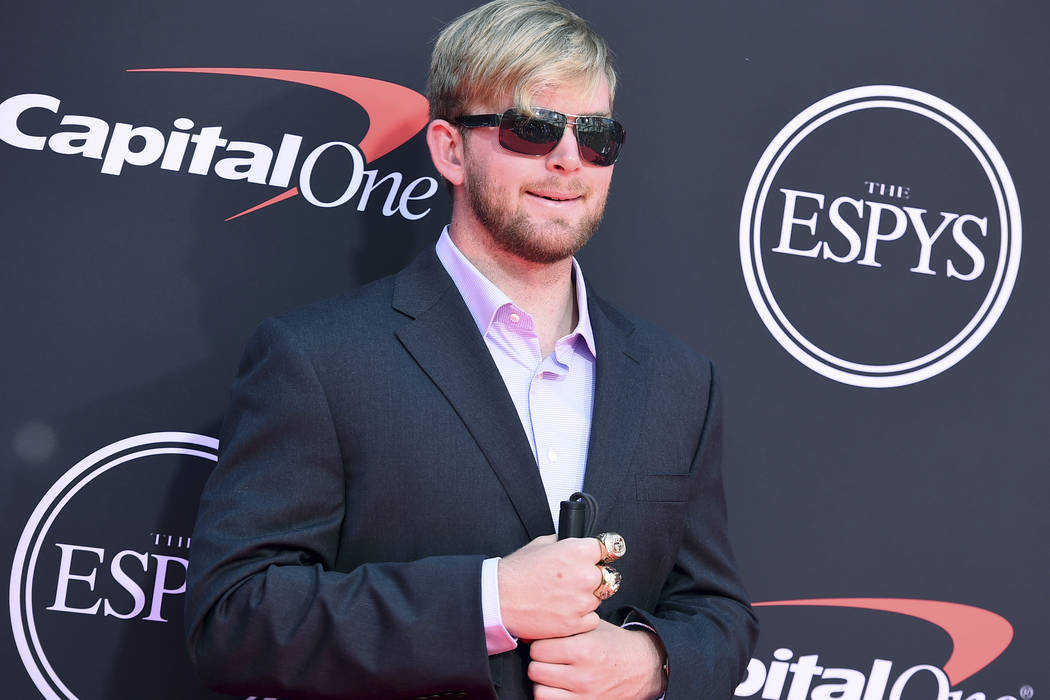 Jake Olson arrives at the ESPY Awards on Wednesday, July 10, 2019, at the Microsoft Theater in Los Angeles. (Photo by Jordan Strauss/Invision/AP) 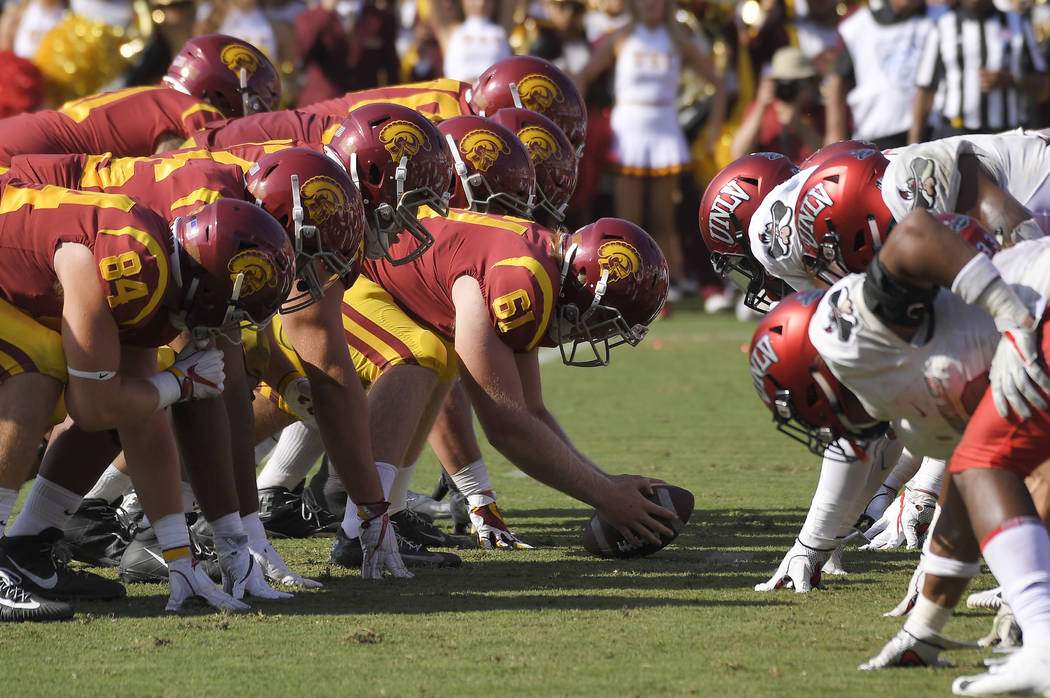 Southern California long snapper Jake Olson (61), who is blind, gets set for a point-attempt during the second half of an NCAA college football game Saturday, Sept. 1, 2018, in Los Angeles. The attempt was good. (AP Photo/Mark J. Terrill) 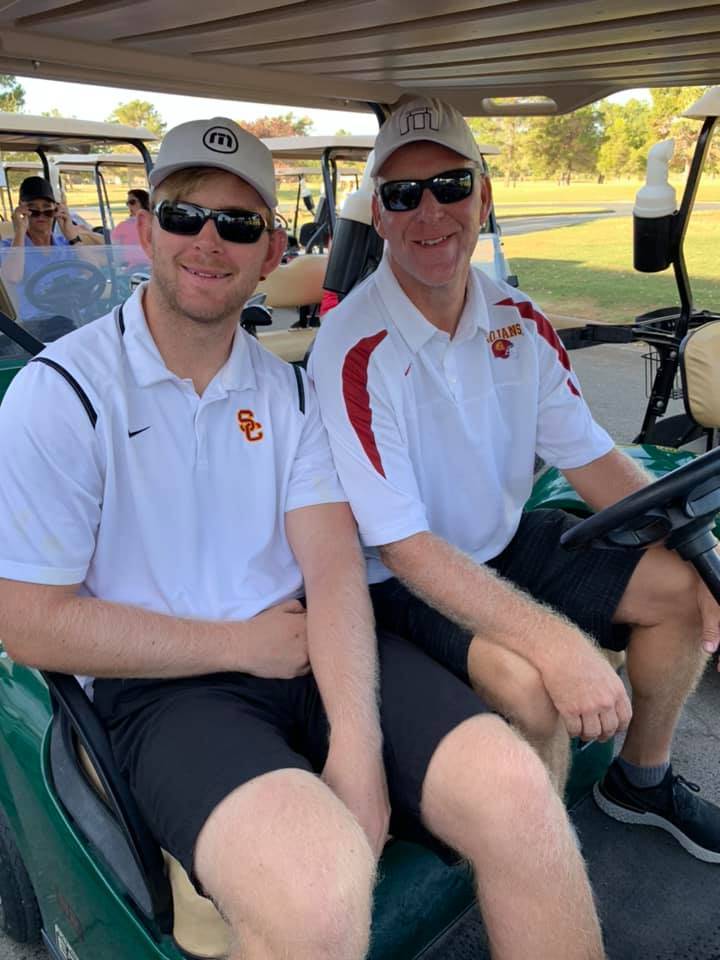 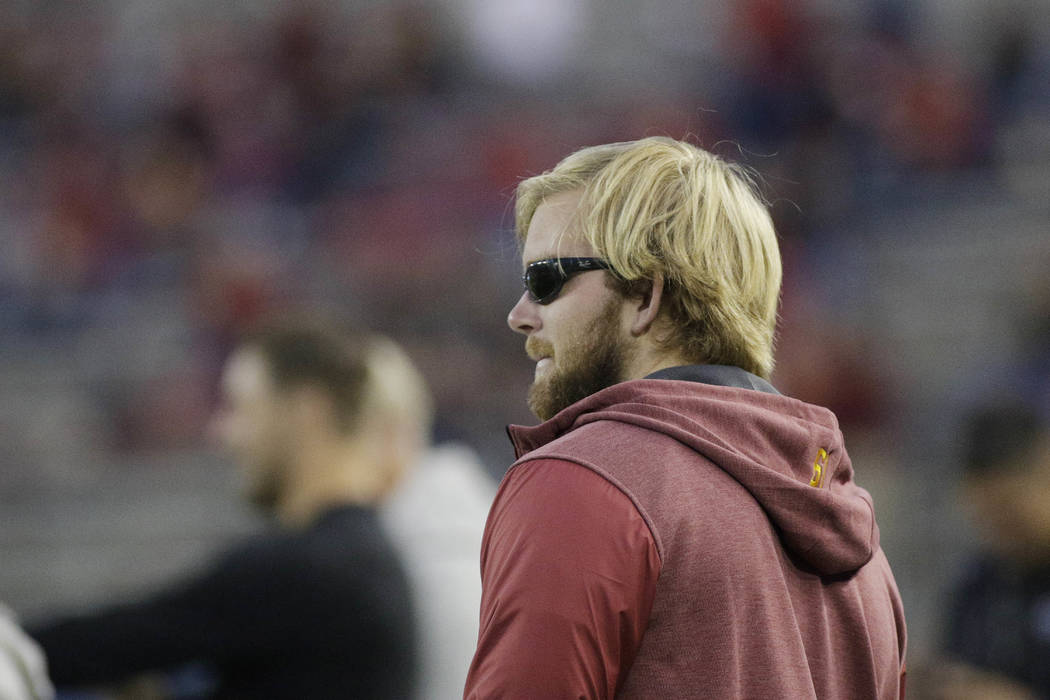 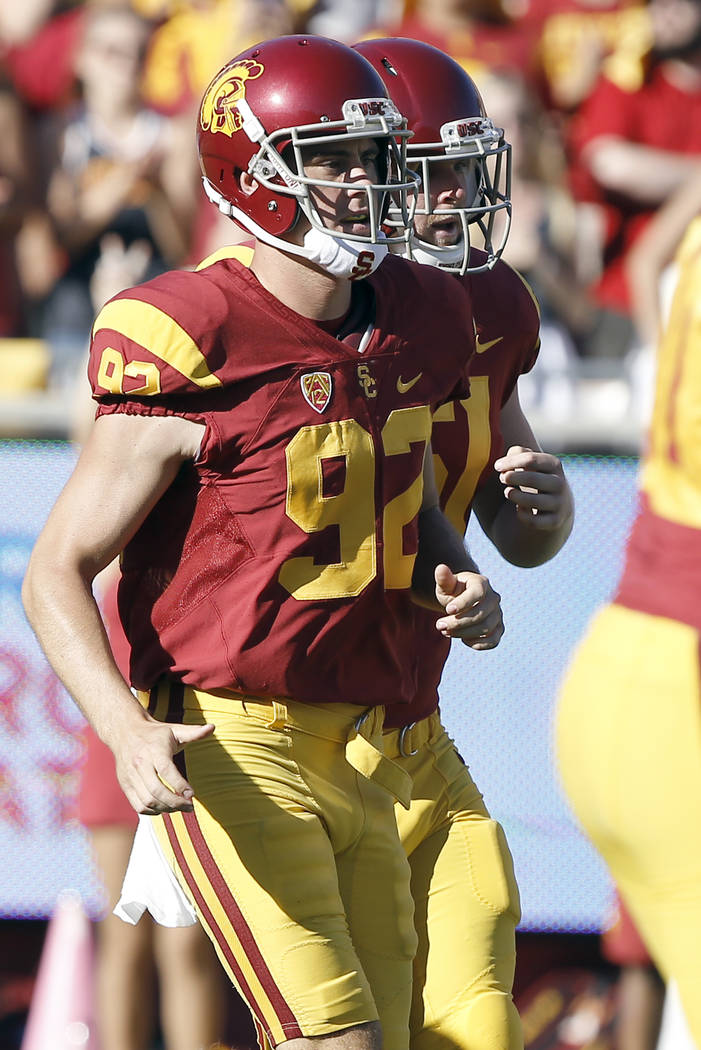 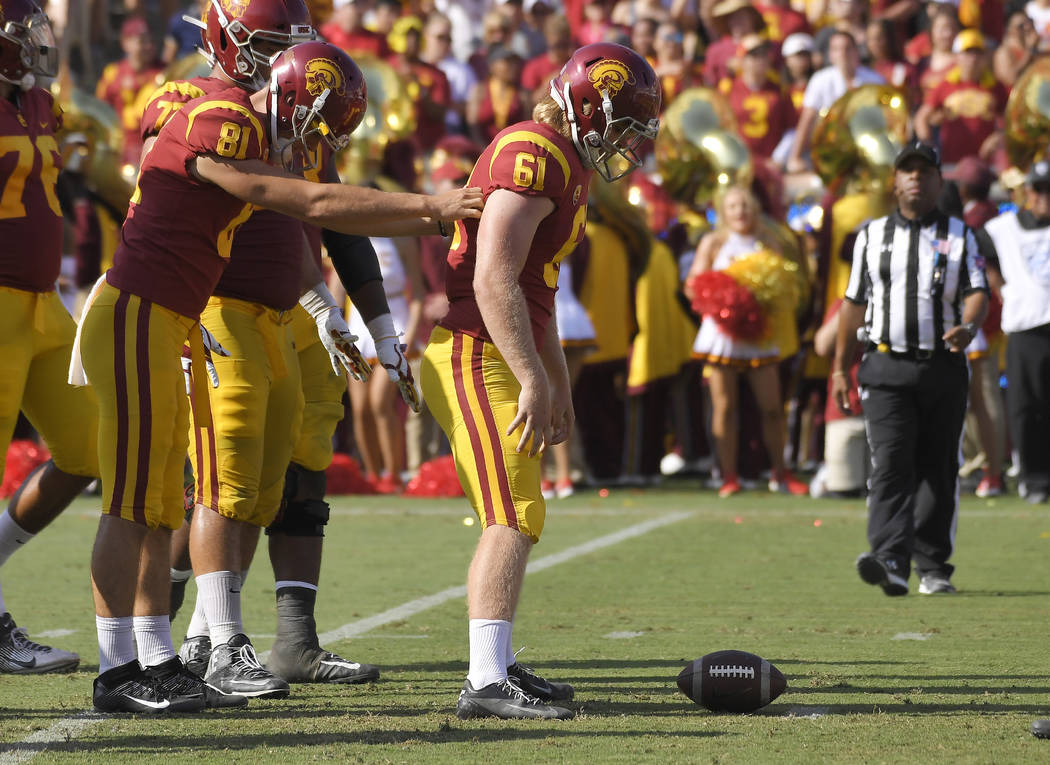 Southern California long snapper Wyatt Schmidt, left, helps long snapper Jake Olson, who is blind, into place before a point-attempt during the second half of an NCAA college football game against UNLV, Saturday, Sept. 1, 2018, in Los Angeles. The attempt was good. (AP Photo/Mark J. Terrill) 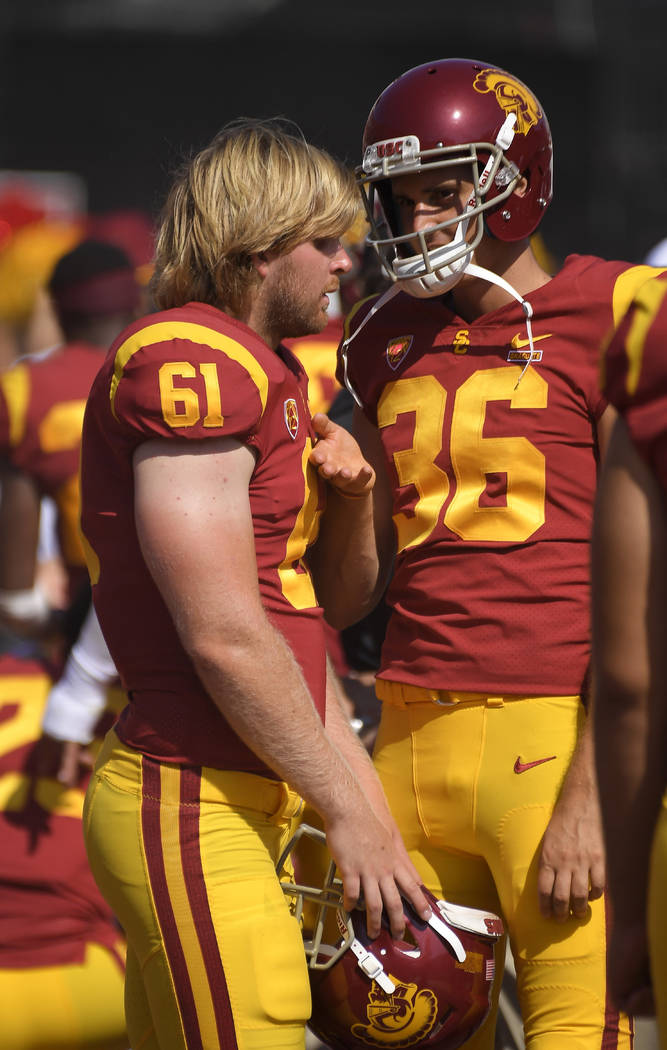 Being a long snapper in college football is pressure-packed for the best at the position.

For a blind person, it would seem impossible.

Not so for Jake Olson, who in 2017 hiked the ball for USC on a successful extra point in a 49-21 victory over Western Michigan. He also snapped in the 2018 opener against UNLV.

In 2015, he had walked-on to the Trojans after long-snapping at Orange (California) Lutheran High. He also played varsity golf at Orange and shot in the eighties.

This past September, Olson, a 16 handicap, won the United States Blind Golf Association national championship, which was held at Las Vegas Golf Club. He shot rounds of 95 and 86.

“Golf is a little sweeter, but the snap at USC was more nerve racking and a bigger adrenalin rush,” Olson said. “But both involve a lot of teamwork. In golf, it’s just me and my dad out there, and instead of just one snap in football, I have 18 holes.”

Olson was diagnosed with retinoblastoma at eight months and lost his left eye when he was 10-months old. After showing promise as a golfer, his cancer returned at age 12 and his right eye was surgically removed.

“I made up my mind up when I went blind that I was going to keep doing the things I loved and that included playing golf,” Olson said. “Where there is a will, there is way.”

For those with 20/20 vision, golf is the most difficult of games. For one without sight, it would seem impossible. Again, not so for Olson, who relies on his father, Brian, for course guidance, aiming and support.

“It takes a tremendous amount of practice and to get the win was rewarding,” Olson said. “It also takes courage because it’s scary out there and you really have to trust your swing. The eyes don’t bail me out on any shots.”

12 days of golf-mas at National

The Las Vegas National 12 days of Christmas deals begin Friday with a foursome for $99. On Saturday, spend $49 in the pro shop and get a free round of golf. Other deals on selected dates through Dec. 31 include three free drinks with golf (Dec. 13) and residents play for $29 (Dec. 29).

Play Boulder City and Boulder Creek courses for $75 with a two-week window to play. Expiration is Dec. 31.

The inaugural High Performance Golf Institute Demo Day is Saturday from 10 a.m. – 3 p.m. at Reflection Bay. Get a free swing analysis from pros Jeff Gallagher and Craig Barlow on Trackman, and demo the latest from Callaway, Cobra, PXG and Titleist.

Locals Steven Fink (senior) and Doug Pool (super senior) won titles at the Society of Seniors Founders Cup at TPC Las Vegas. Fink birdied three of his first four holes of the final round to break away from runner up Robert Funk from Canyon Lake, California, while Pool made an eagle on his 16th hole to win by a shot over Jeff Burda from La Quinta, California.