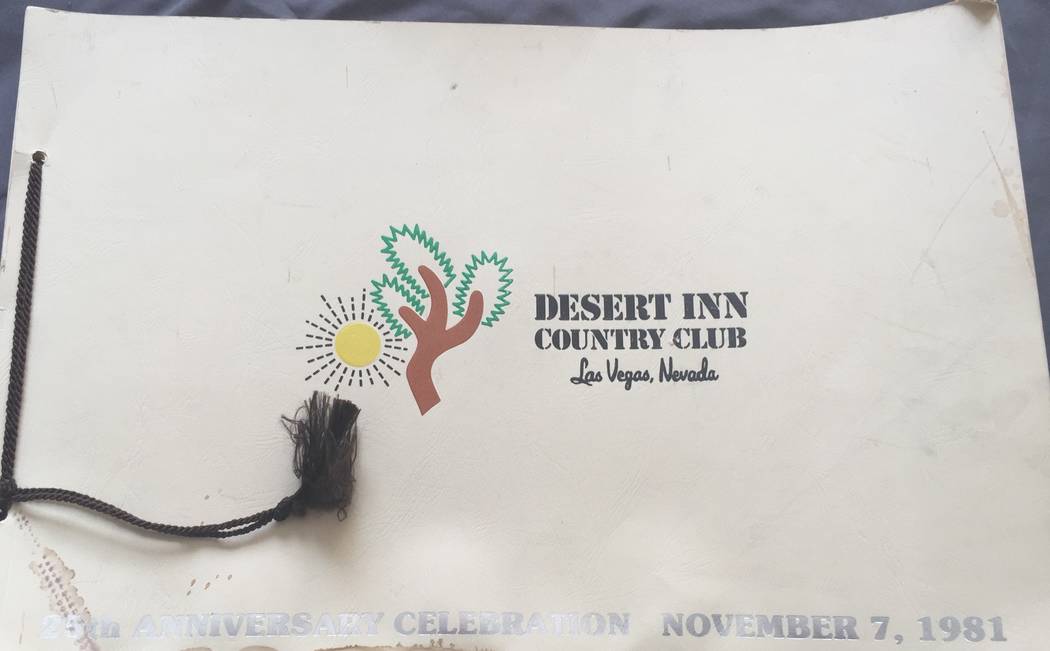 The cover of the official book from the Desert Inn Golf and Country Club 25th anniversary gala, which has been preserved by the Don Welch family since his passing in 2010. Welch was the director of golf and other roles at the DI from 1964-1976. Courtesy Don Welch family. 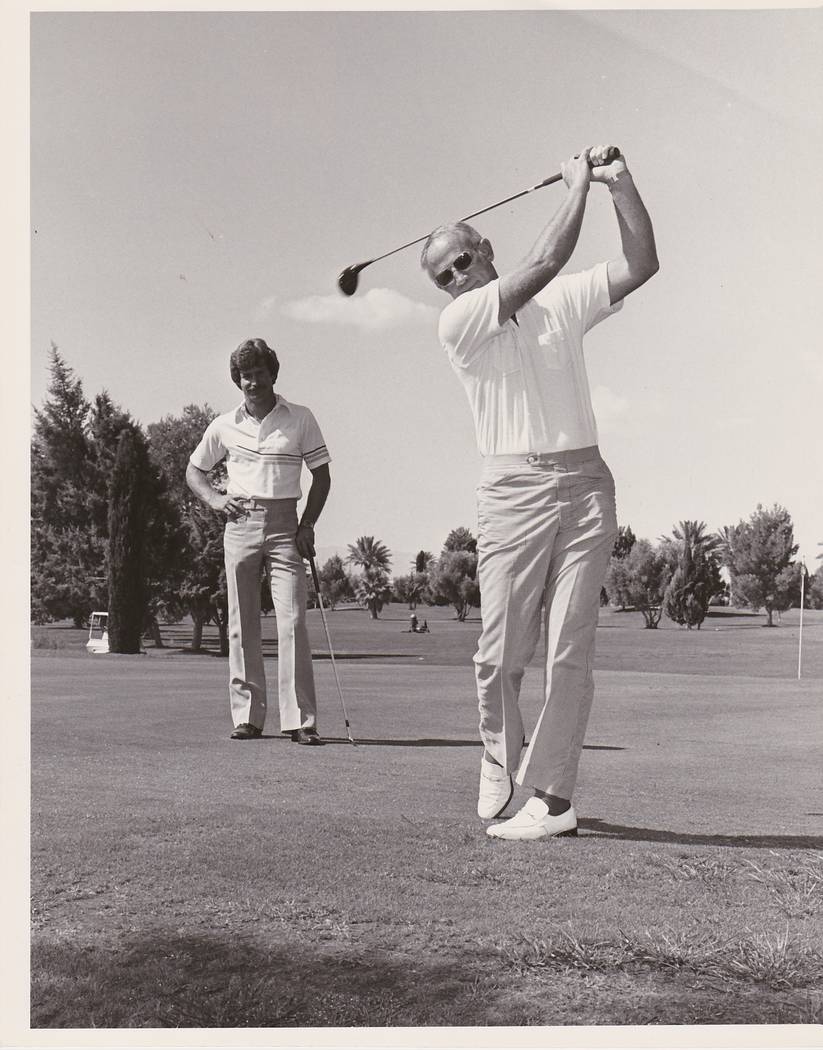 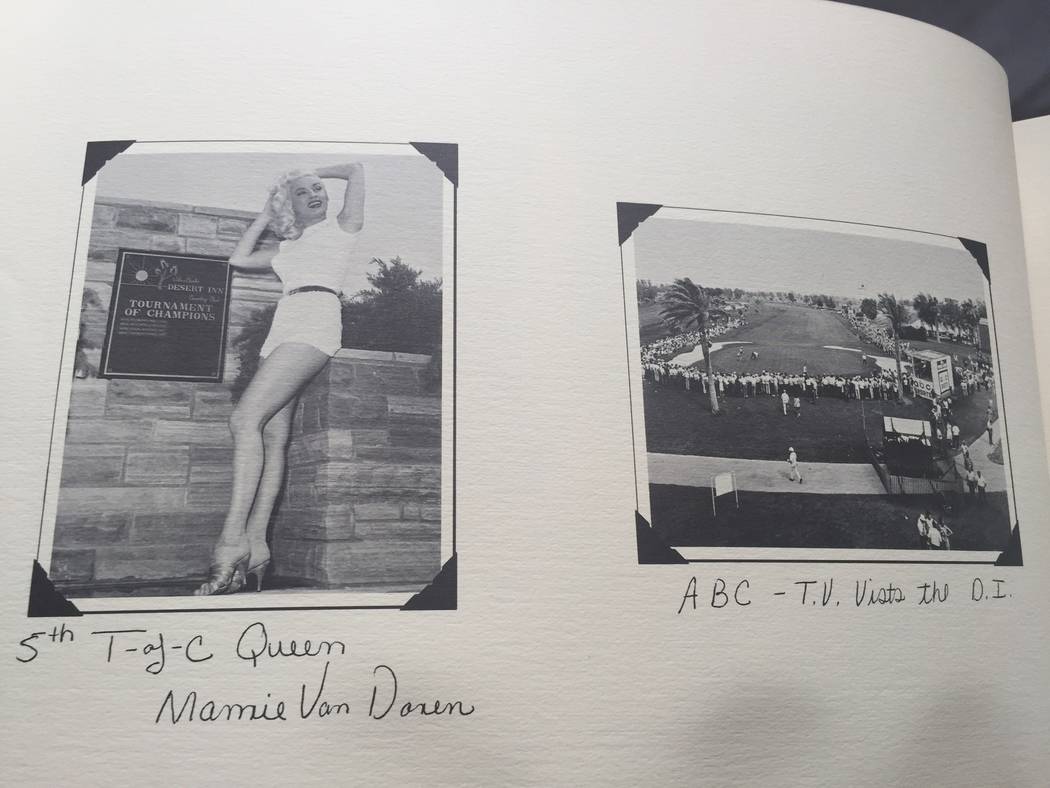 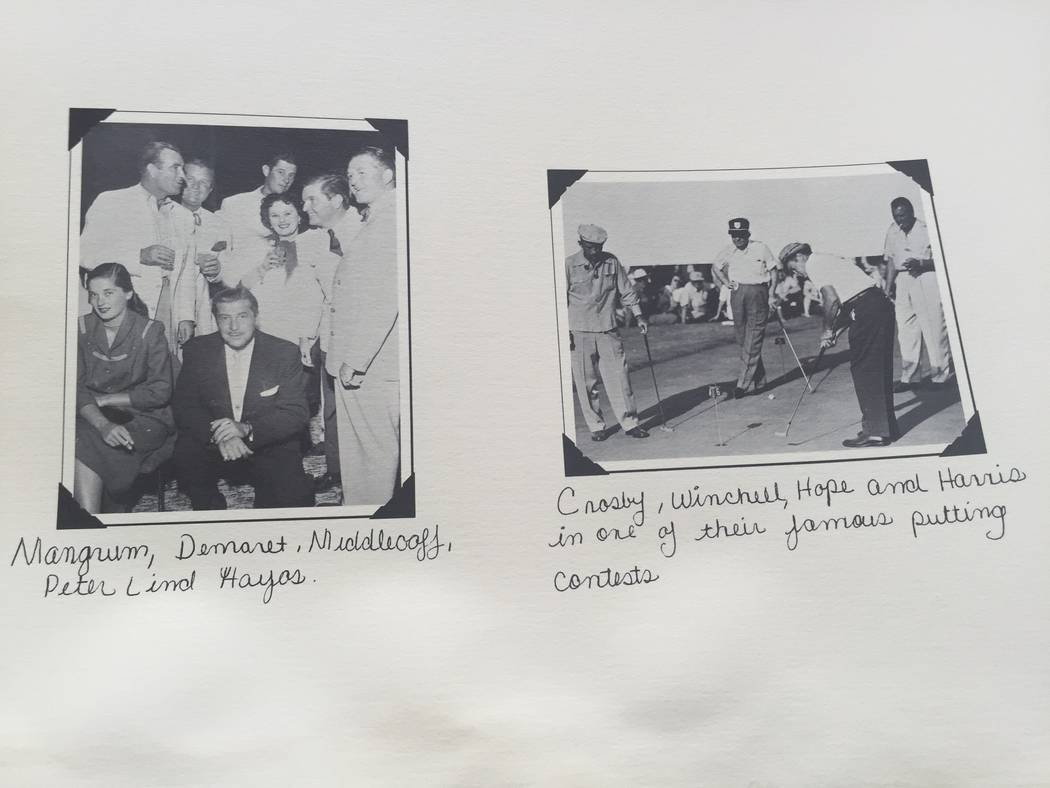 A who's who of golf and Hollywood were part of the action on and off the course at the old Desert Inn Golf and Country club including Cary Middlecoff, Jimmy Demaret, Arnold Palmer and many, many more. Courtesy Don Welch Family. 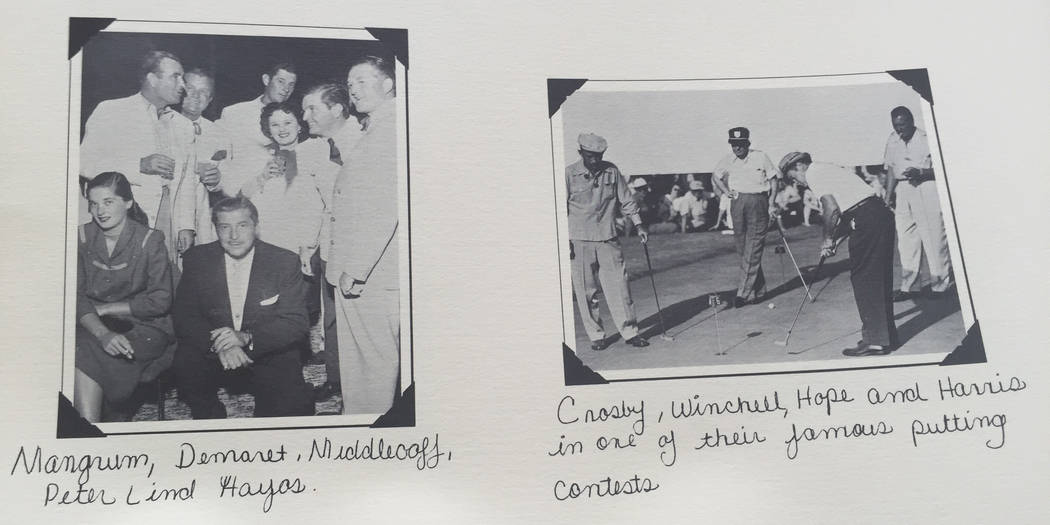 A who's who of golf and Hollywood were part of the action on and off the course at the old Desert Inn Golf and Country club including Cary Middlecoff, Jimmy Demaret, Arnold Palmer and many, many more. Courtesy Don Welch Family.

The historic treasure trove revealed Las Vegas golf’s glory days and included an official anniversary book celebrating the first quarter century of the famed Desert Inn Country Club, which was the site of the PGA Tour Tournament of Champions from 1953-66 and other PGA Tour and LPGA Tour tournaments.

Welch, a native of Whitefish, Montana, was hired as a Desert Inn teaching professional in 1961 following a stint in the Army. He became the head professional in 1964 and then director of golf in 1967. In 1976, he assumed the same role at the legendary Dunes course, where he remained until 1990.

Welch’s career was defined by helping create the Southern Nevada PGA of America chapter and also his quiet and wise leadership. A few quality hires by Welch over the years included Joe Kelly and Jerry Roberts (both preceded Welch into the hall of fame), and also Eddie Kahn, who later created the international company La Mode golf apparel.

La Mode morphed into Golf Apparel Brands and celebrated 40 years in 2018. Under Kahn’s leadership, the company has been the official apparel provider for seven U.S. Open tournaments, hundreds of PGA Tour Events and in 1992 launched Fairway Blues with Phil Mickelson.

“I remember the first week I was in business, Don called to inform me that another company had dropped the ball on delivering an order of 1,000 cashmere sweaters for the Hughes Invitational and asked if I could come up with that many sweaters very quickly,” Kahn said. “I wouldn’t be telling the story if I couldn’t deliver, and that order was a springboard to my new business.

“I think of Don every day and was very blessed to have had the close friendship with him and his family. Don is most deserving and long overdue of being inducted into the Las Vegas Hall of Fame. I am so lucky to have had the mentorship, support and friendship of this terrific man for 40 years.”

Las Vegas Golf Hall of Fame weekend is Sept. 27-28 at Spanish Trail and TPC Summerlin. Ticket information is at LasVegasGolfHOF.com.

Registration is open at CasaBlancaResort.com for the $150,000 Nevada Open Nov. 5-7 at Palms and CasaBlanca golf courses in Mesquite.