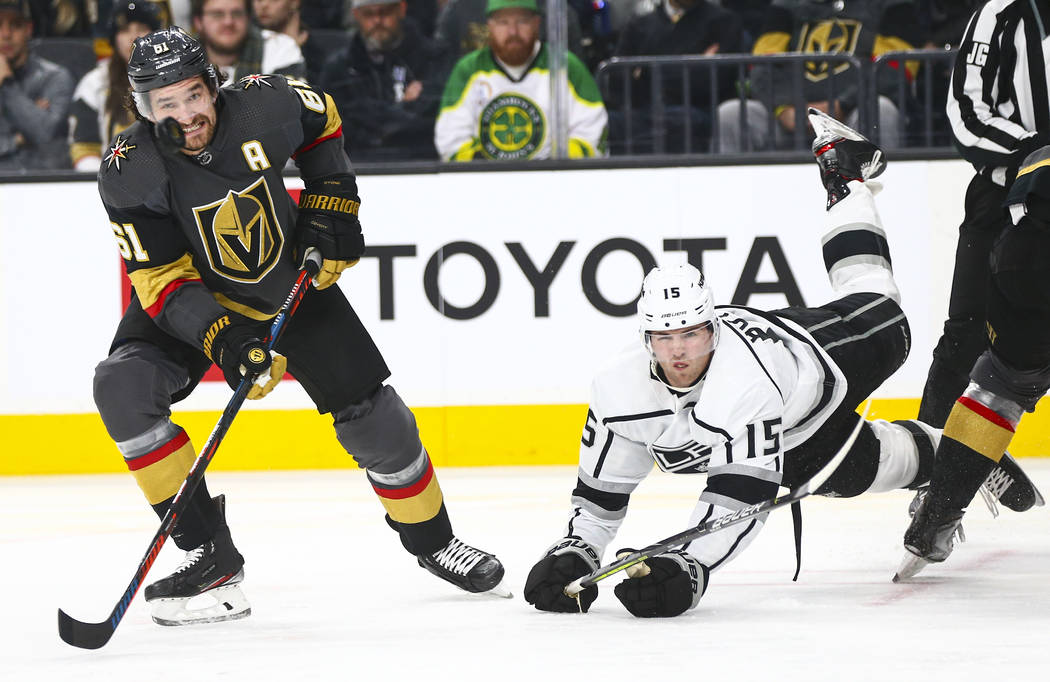 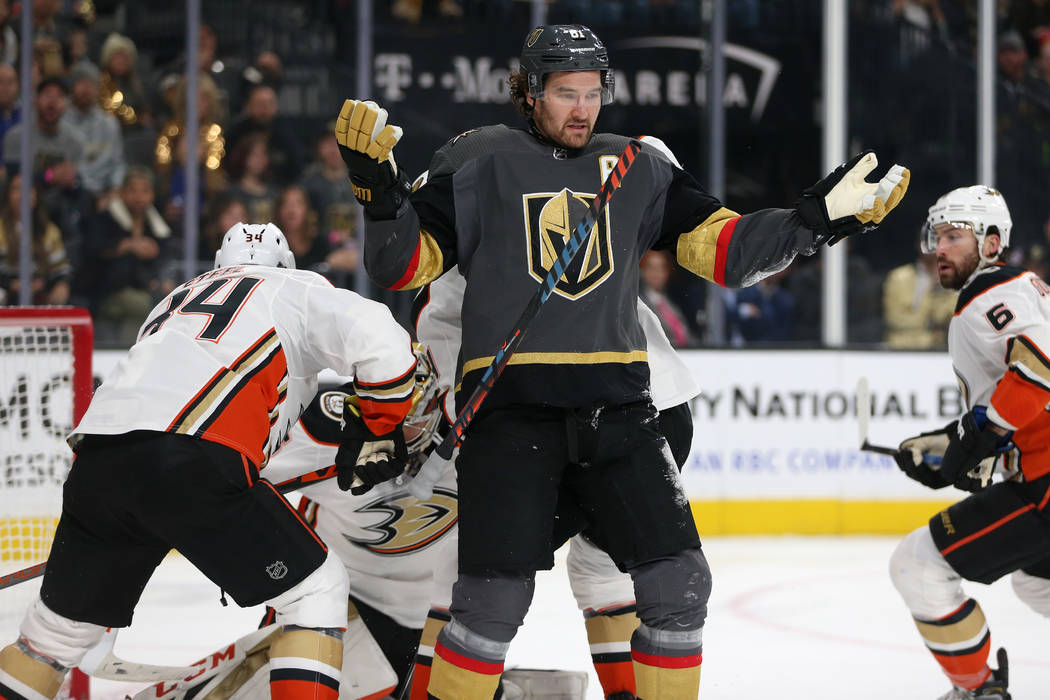 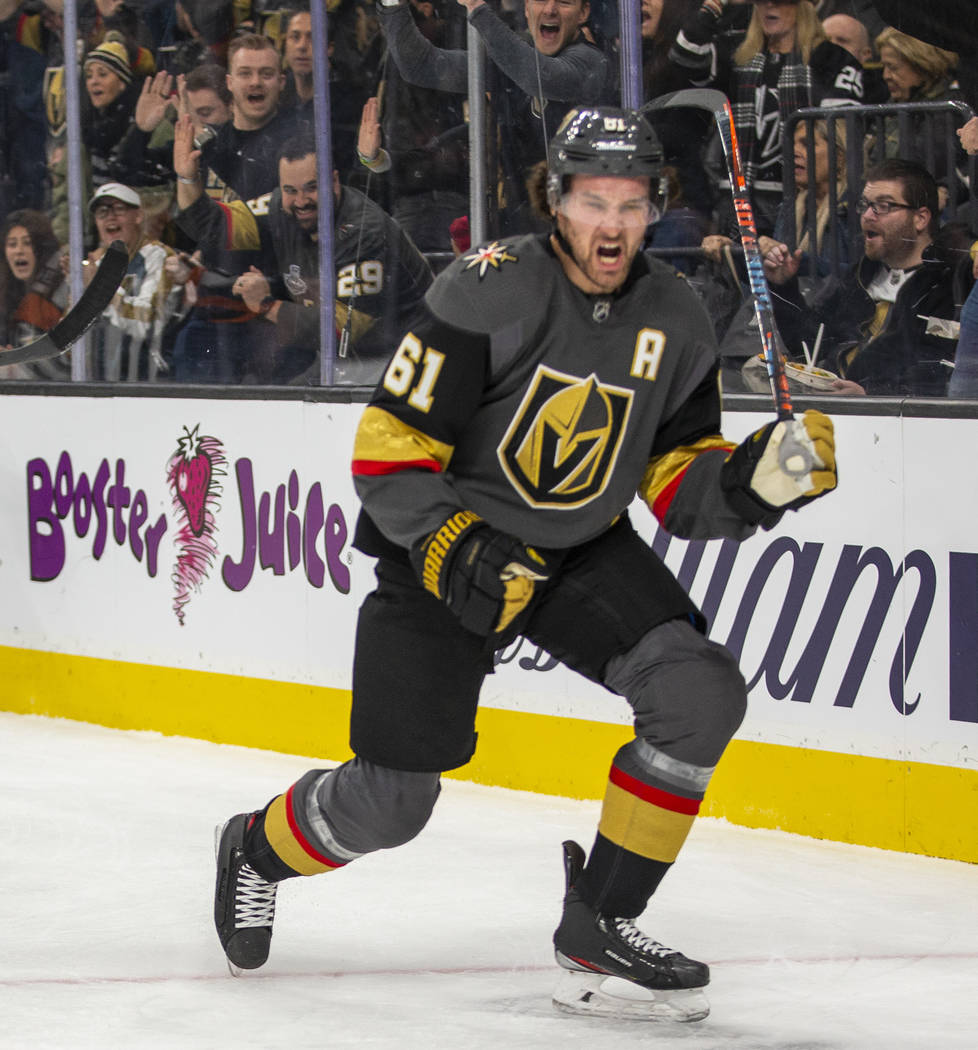 Think of the Golden Knights without Mark Stone like this: Cars don’t necessarily suffer instant engine damage when running out of coolant.

But the more you drive without addressing the issue, good luck to the cylinder block.

The significance of Stone having a lower-body injury could range from little to nothing to fans crawling into the nearest closet and weeping silently.

You know some have already begun that process.

The secrecy part is just weird.

The only thing missing was DeBoer wearing a hooded cloak.

No matter where Stone’s injury leads — returns as fast as Sunday night against the visiting Kings, returns in a while, is out long enough for every closet in Vegas to be filled — any absence from the team’s best player puts in perspective how important he is.

Which is incredibly so.

Stone has been everything and more since the Knights dealt for him at last year’s trade deadline and signed him to an eight-year, $76 million contract extension. The forward was the biggest fish in a small lake of options and they caught him.

Chandler Stephenson took Stone’s place on the second line Friday alongside William Karlsson and Max Pacioretty, and they combined for a goal in a 4-2 win over Buffalo.

“A guy like (Stone) does it all, but one thing that stands out is his ability to create time for himself and all of us,” Karlsson said. “It’s so easy to read off him. If you see a chance, you take it and just go. Usually, it’s fine.”

Here’s what really stands out: The impact of elite players is seen far beyond a score sheet, though it’s also critical there. Stone is tied for the team lead with 63 points — his career high is 64 with Ottawa in 2014-15 — but that’s not what sets him apart on paper.

Never does with the best ones.

He’s so important to what occurs at both ends that you wonder if the Knights might alter how they play without him should it be for a significant amount of time. Meaning, there likely won’t be as much trust by others to take those chances Karlsson speaks of.

Stone has driven the offense since DeBoer took over as coach in mid-January, mostly because the forward is always in the right place at the right time and there isn’t a better stick in the NHL.

Remember only a 6-5 overtime win Feb. 23 at Anaheim, when Stone had four assists and did as much to help Karlsson regain his scoring confidence as the center’s hat trick did.

Don’t begin firing off emails questioning my judgment, because this is in no way a direct comparison of Stone to the world’s best player.

Nobody has Connor McDavid’s combination of skill and speed.

But what Stone does have in common with the Edmonton star is how much better he makes those around him.

Can you imagine if Chance skated with Stone for a period?

The Vegas mascot would turn into Gritty.

The Knights will suffer at some level without Stone. Just ask those who have skated with him how much better their expected goals rate is in those minutes.

It’s not close with Pacioretty, whose production with Stone is Alabama football compared to UNLV without him.

You don’t just replace a Selke Trophy runner-up from a year ago, one of the NHL’s best defensive forwards, someone who when backchecking instinctively glides to where he knows the puck will travel before others.

Maybe he is out of the lineup a short time or maybe the cryptic message from DeBoer means Vegas either knows or fears it will be longer.

The enigma that is NHL injury information would confuse even Tana French.

But while the car was able to defeat Buffalo without Stone and extend the Knights’ win streak to eight, you can’t go long without proper coolant before things get dicey.

Mark Stone is that good, that significant to the team’s long-term ambitions.

Sometimes, no matter how long an absence this proves, it’s important to remember.