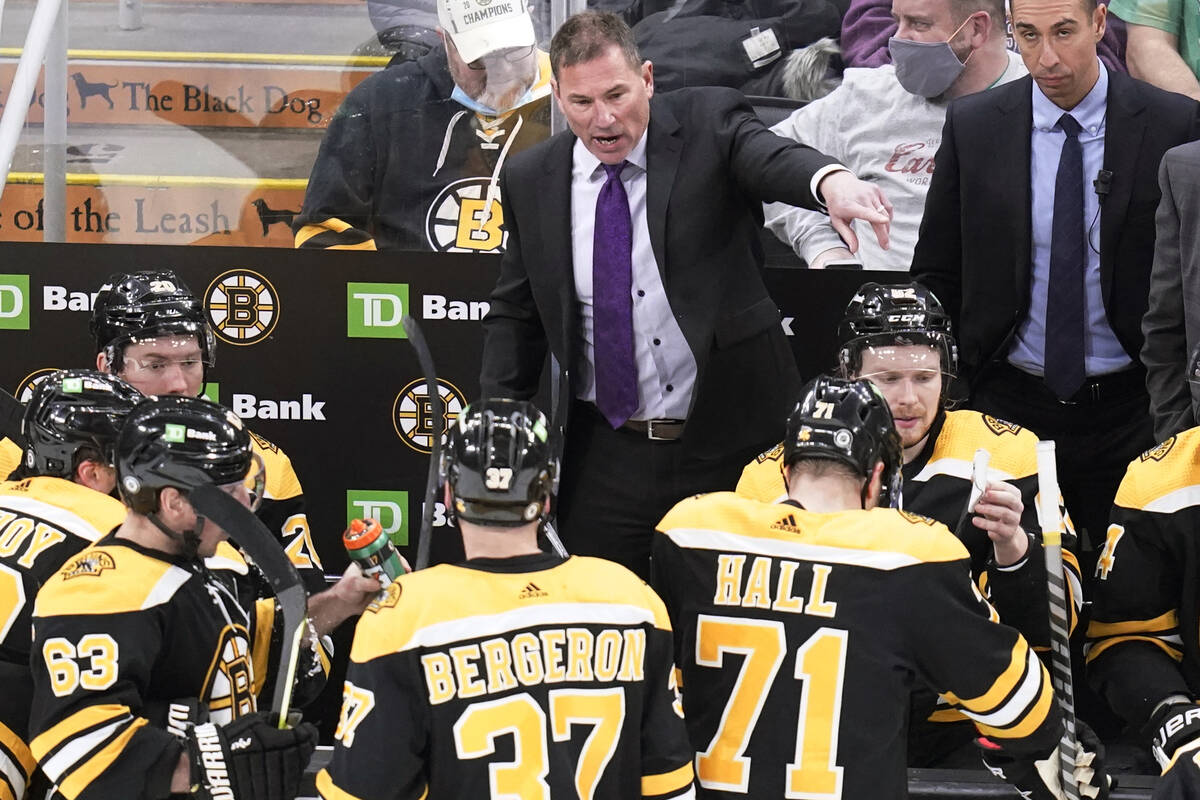 Boston Bruins head coach Bruce Cassidy, top center, talks with his players during a timeout late in the third period of an NHL hockey game against the Anaheim Ducks, Monday, Jan. 24, 2022, in Boston. (AP Photo/Charles Krupa) 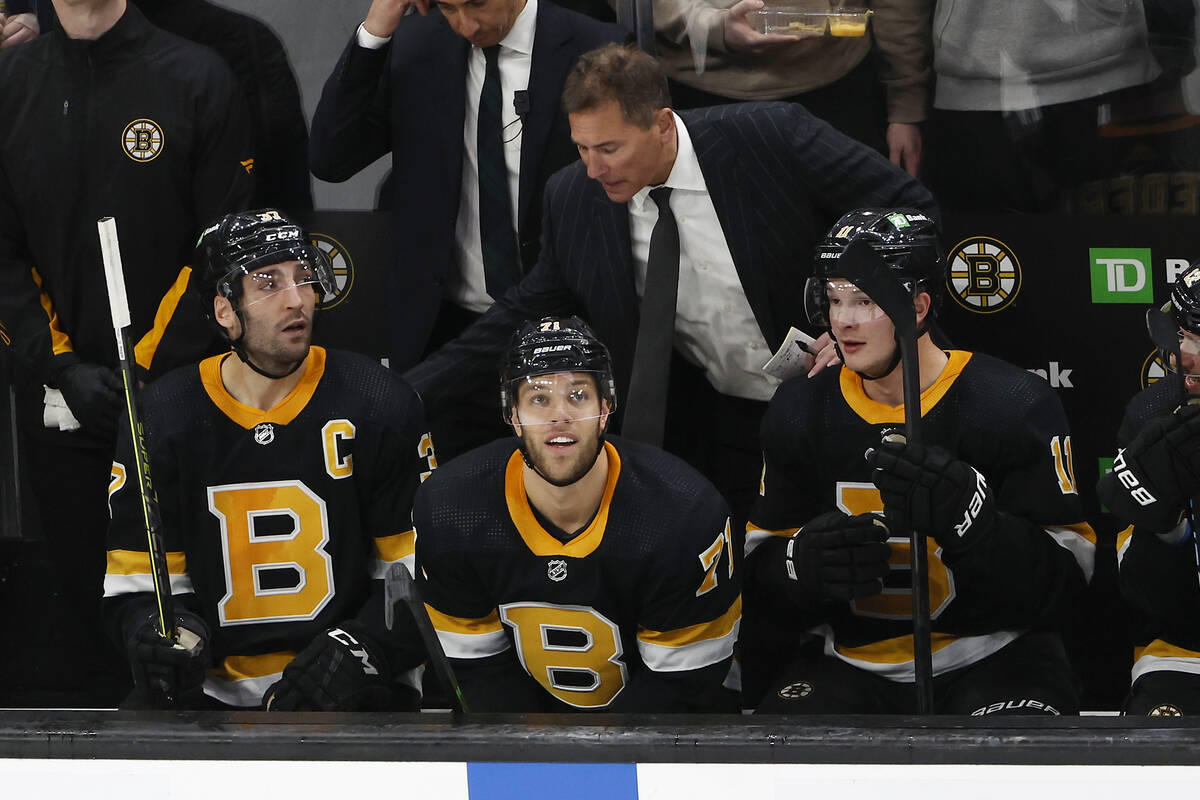 Well, no surprise here. The Golden Knights, never ones to desire a scratch single when acquiring players, also swung for the fences when pursuing a coach.

They seem to have barreled that fastball up, is right.

Bruce Cassidy is the choice, and if he wasn’t at the top of lists of those potential candidates (see Trotz, Barry), he sure appeared to be 1-A.

Heck. The Knights might have just hired the best guy, anyway.

It should tell you something — a lot, really — how coveted Cassidy was by teams in search of a coach immediately after being fired in Boston last week. That the respect of those across the NHL hold for him is overly impressive.

Those who don’t know what they’re doing aren’t wanted by so many different folks that fast. He was. Like in a nano second.

Cassidy coached the Bruins for parts of the past six seasons and never missed the playoffs. Made the Stanley Cup Final in 2019. Won the Jack Adams Award for Coach of the Year. Boston had the league’s second-best record under his watch. Heady stuff.

His teams were also consistently ranked among the best in every conceivable metric that means anything between winning and losing.

He had a no-nonsense approach that rubbed some veterans the wrong way — even though he reportedly allowed them to run the room — and had younger ones fearful of making mistakes. They did things his way or found themselves out of the lineup.

Cassidy apparently isn’t one for mincing words. You would hope players desire such candidness if it means reaching the point most believe the Knights capable. Which is to win the Stanley Cup.

“You don’t go out and get 107 points, win 51 games, if the players aren’t responding to you,” Boston general manager Don Sweeney said at the time of the firing. “It just doesn’t happen … (But) you’ve got to find a way to develop that message a little differently.”

It’s a fine line. Cassidy inherits a veteran team with the Knights. Perhaps he approaches things differently than at the end in Boston. You’ve never done this stuff long enough not to evolve.

Pete DeBoer was fired (still don’t agree with that, by the way) because the Knights thought a fresh voice was needed. They have it now, a coach with something to prove despite his success in Boston.

When you win at the level Cassidy has and still shown the door, ego invariably comes into play. He might be 57 with a deep coaching resume, but I’d gather his hunger to succeed is more voracious now than ever.

There is an obvious connection to all this. Cassidy was the coach in Washington from 2002 to 2004 when George McPhee — president of hockey operations for the Knights — was general manager with the Capitals. Cassidy was fired after 110 games.

But familiarity often plays an enormous part in such decisions, and I would gather McPhee has seen incredible growth from Cassidy since they worked together.

Guess they found it. Or at least believe they have.

“In my next challenge, I’ll make sure that I’m mindful of the messaging,” Cassidy said recently. “That’s something I’ll have to take with me to the next job … but still, drive home the accountability, because I don’t think you have much of a team if players aren’t held accountable to a standard.”

By all accounts, hit it a long ways, too.

We’ll have to wait and see if it cleared the fences.