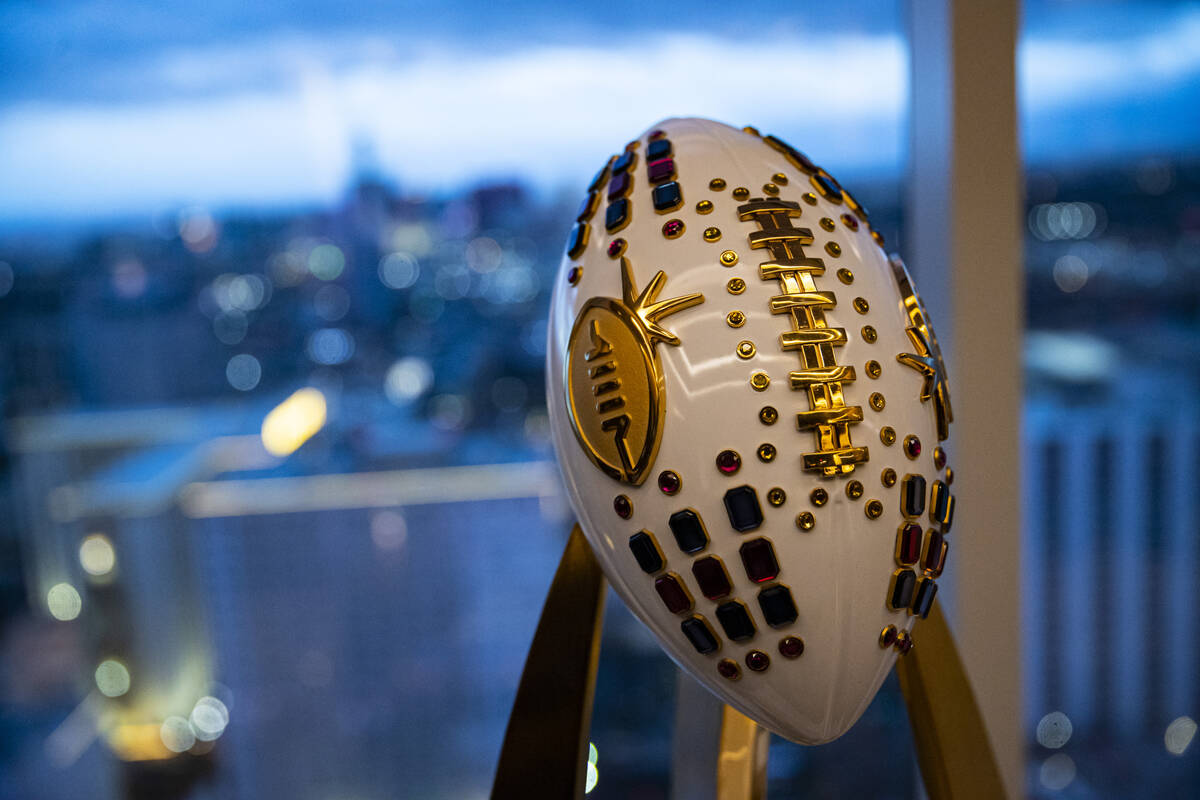 A detail of the Las Vegas Bowl trophy as seen during a media event at Circa's Legacy Club on Monday, Dec. 27, 2021. (Chase Stevens/Las Vegas Review-Journal) @csstevensphoto 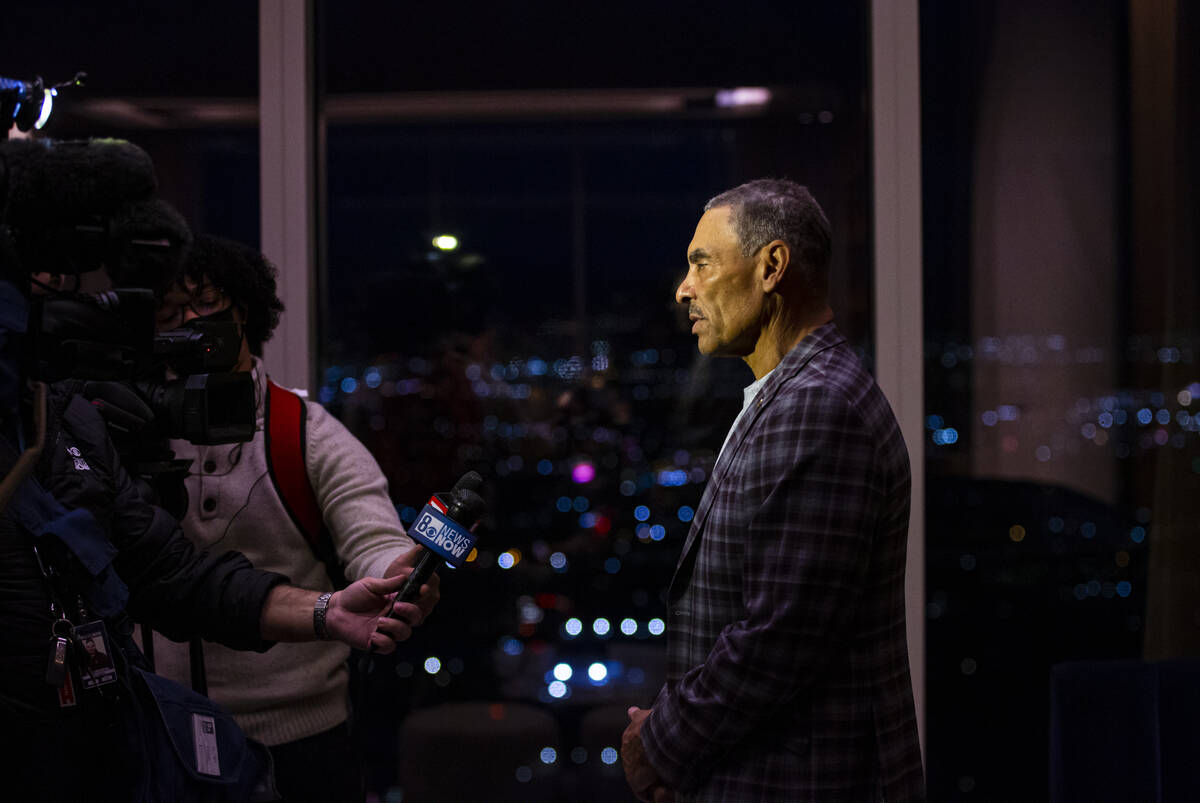 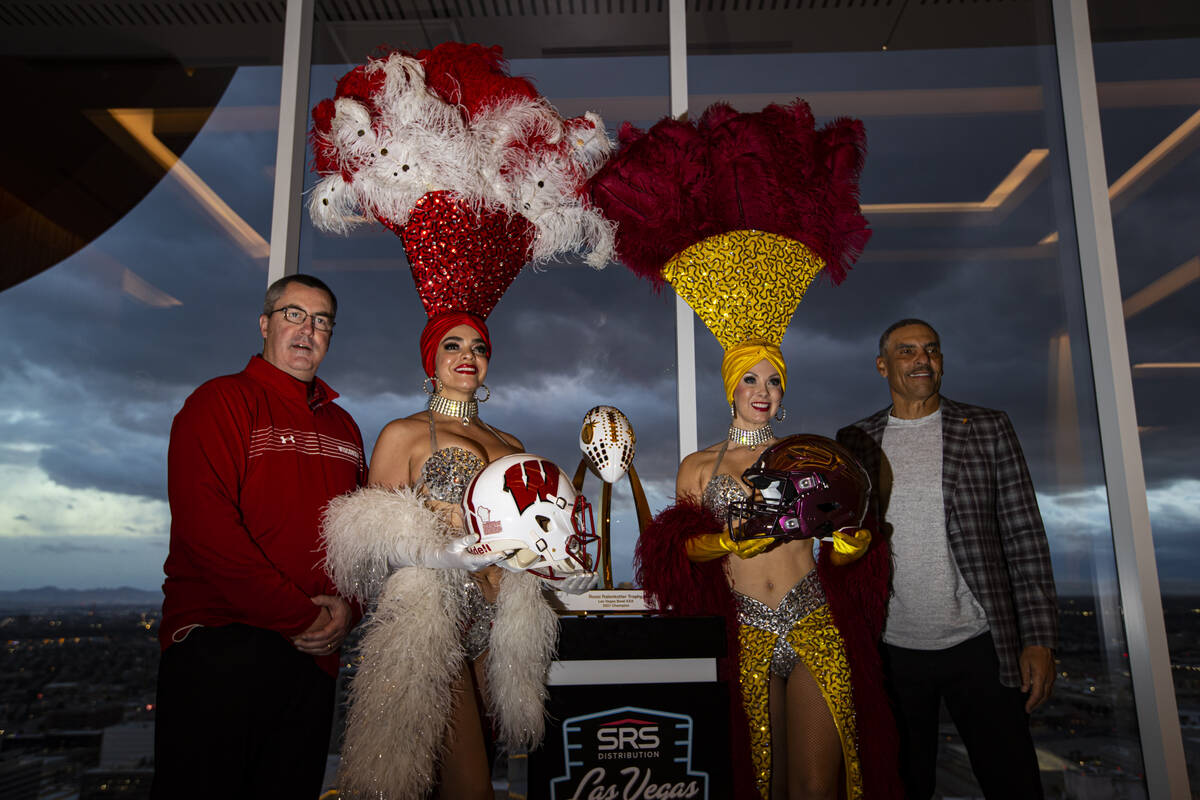 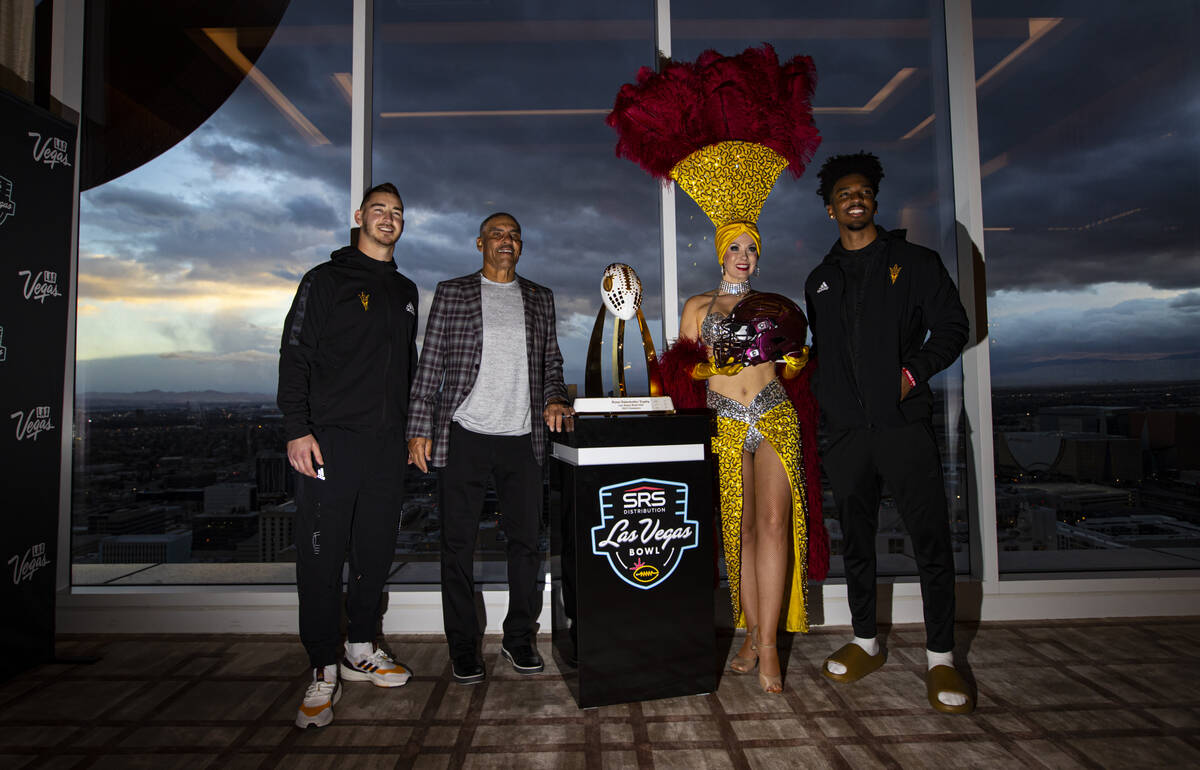 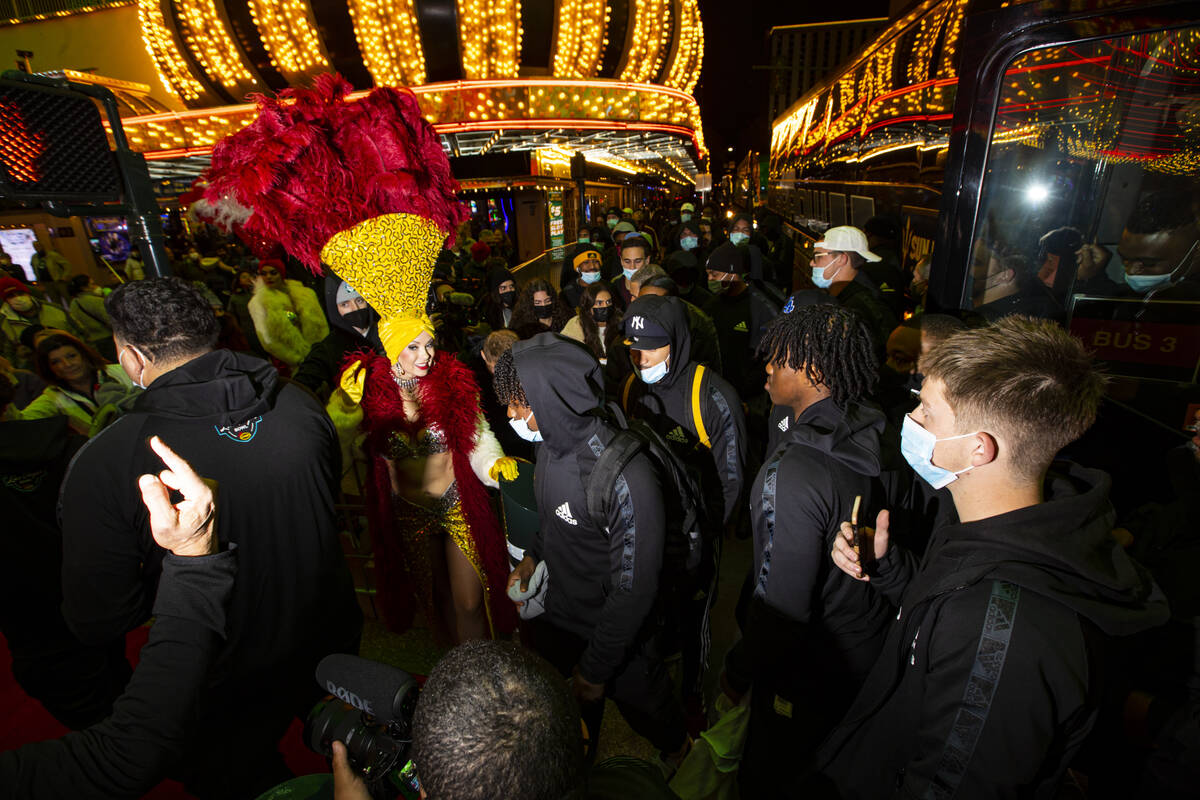 Showgirl Jennifer Autry welcomes Arizona State players as they arrive for a welcome reception at the Fremont Street Experience ahead of the Las Vegas Bowl on Monday, Dec. 27, 2021. (Chase Stevens/Las Vegas Review-Journal) @csstevensphoto 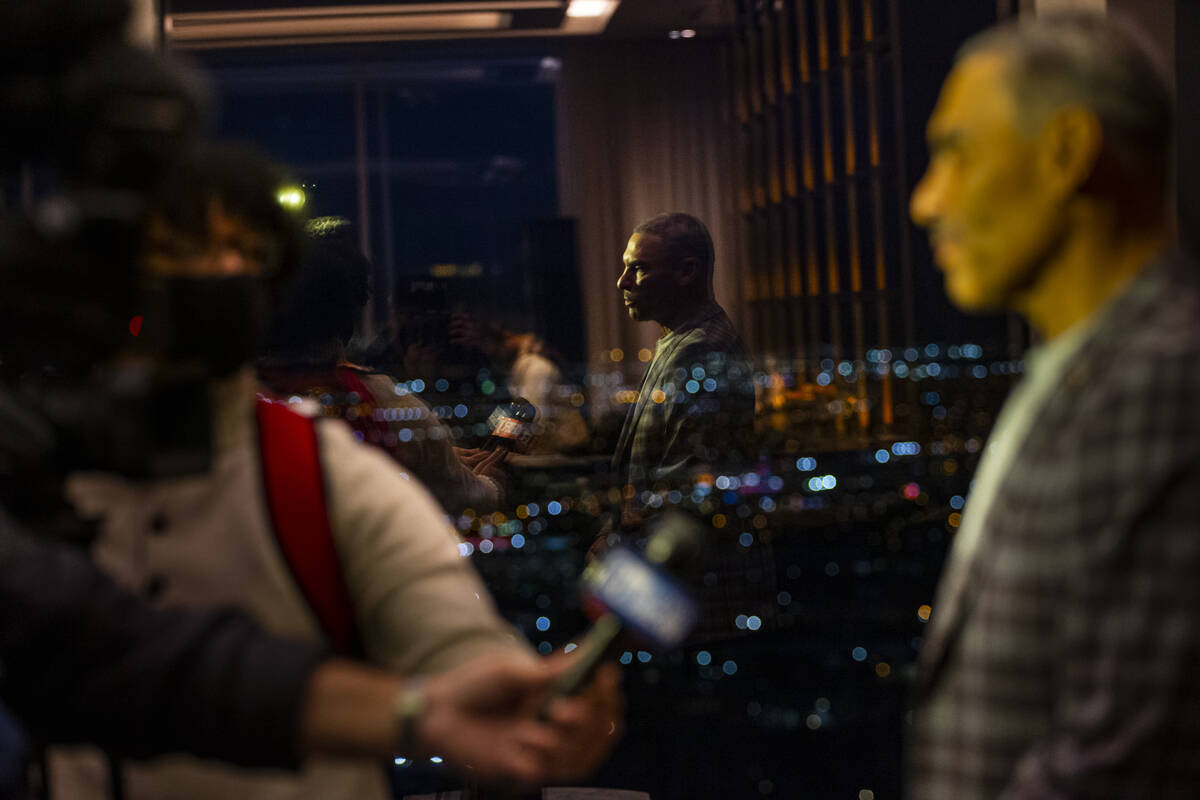 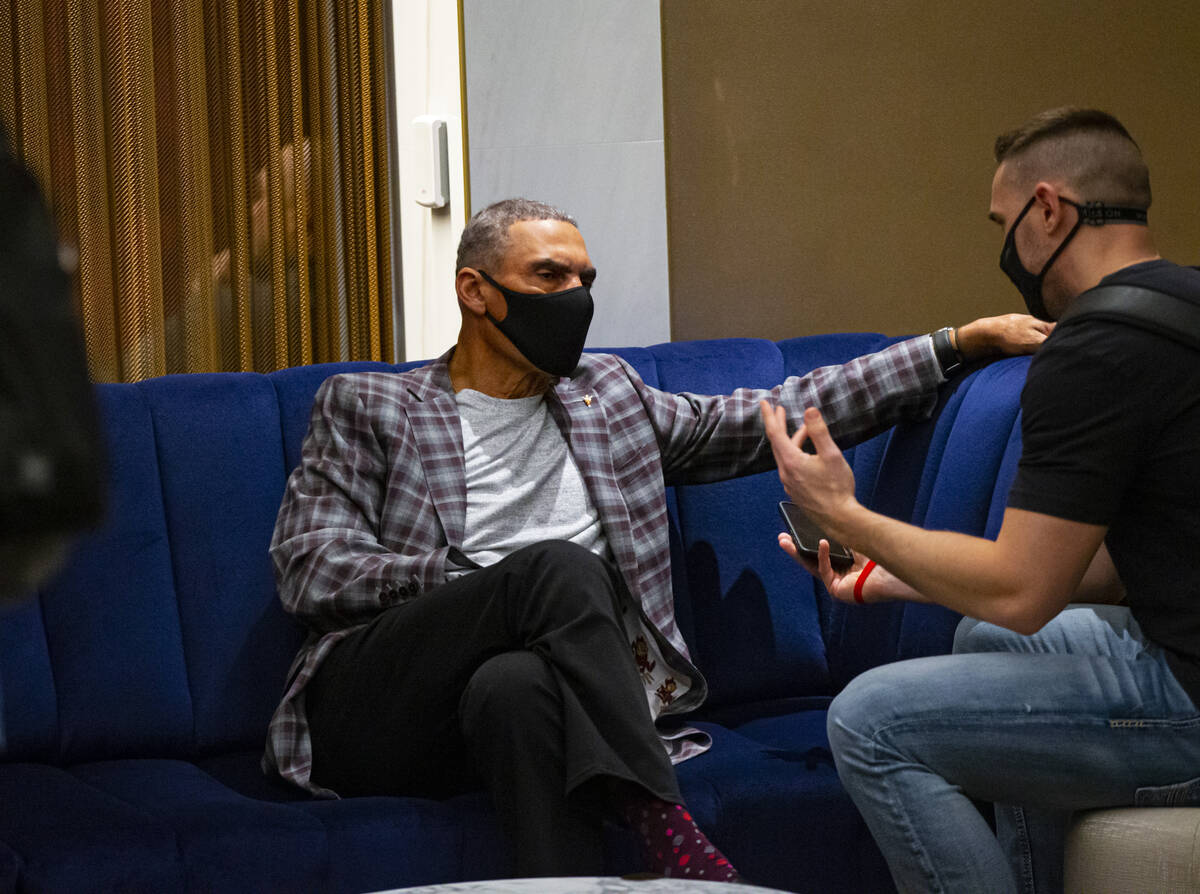 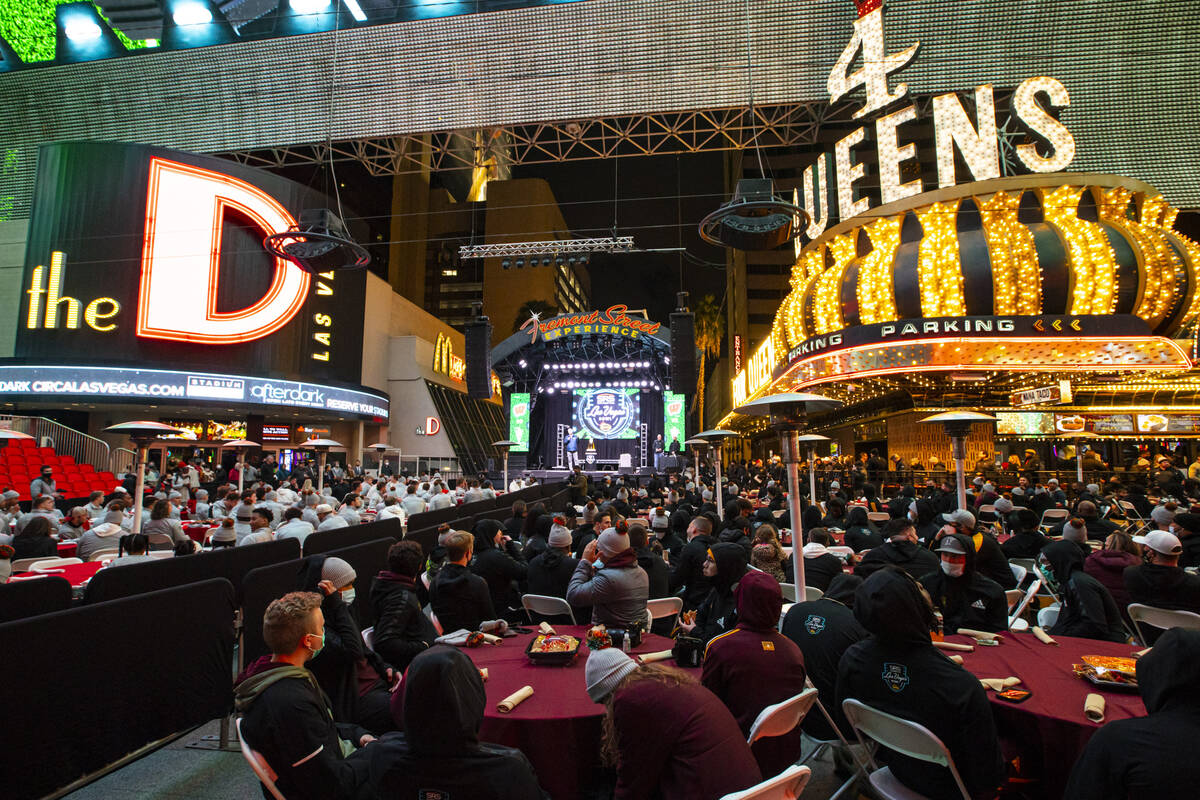 Arizona State players, right, attend a welcome reception along with Wisconsin at the Fremont Street Experience ahead of the Las Vegas Bowl on Monday, Dec. 27, 2021. (Chase Stevens/Las Vegas Review-Journal) @csstevensphoto 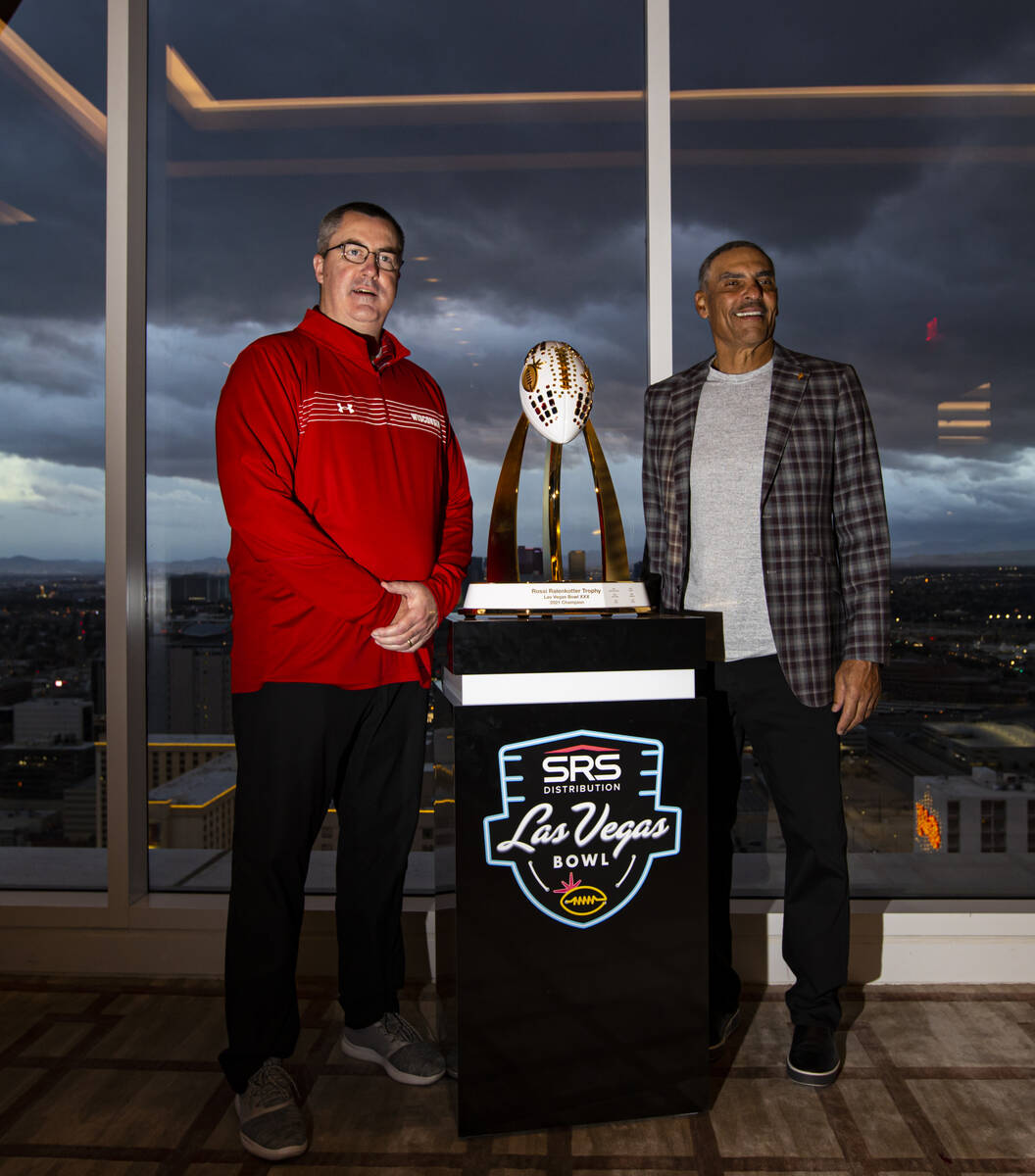 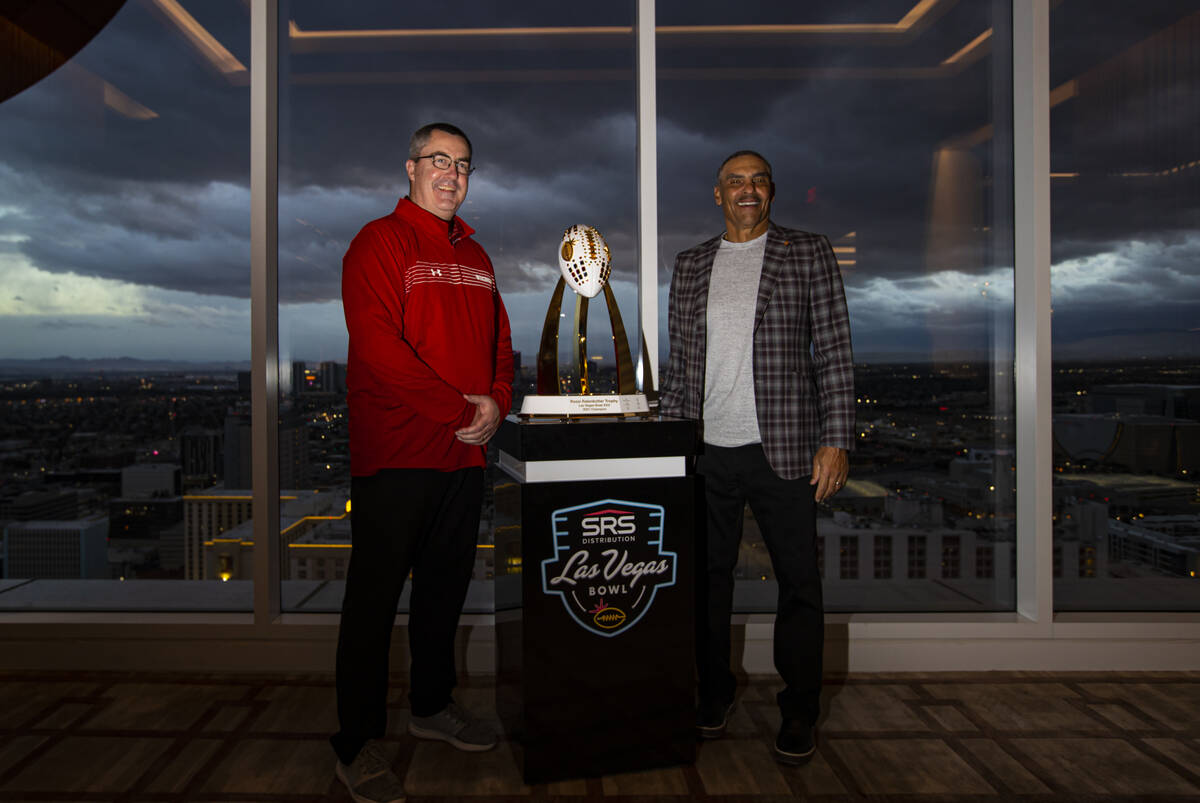 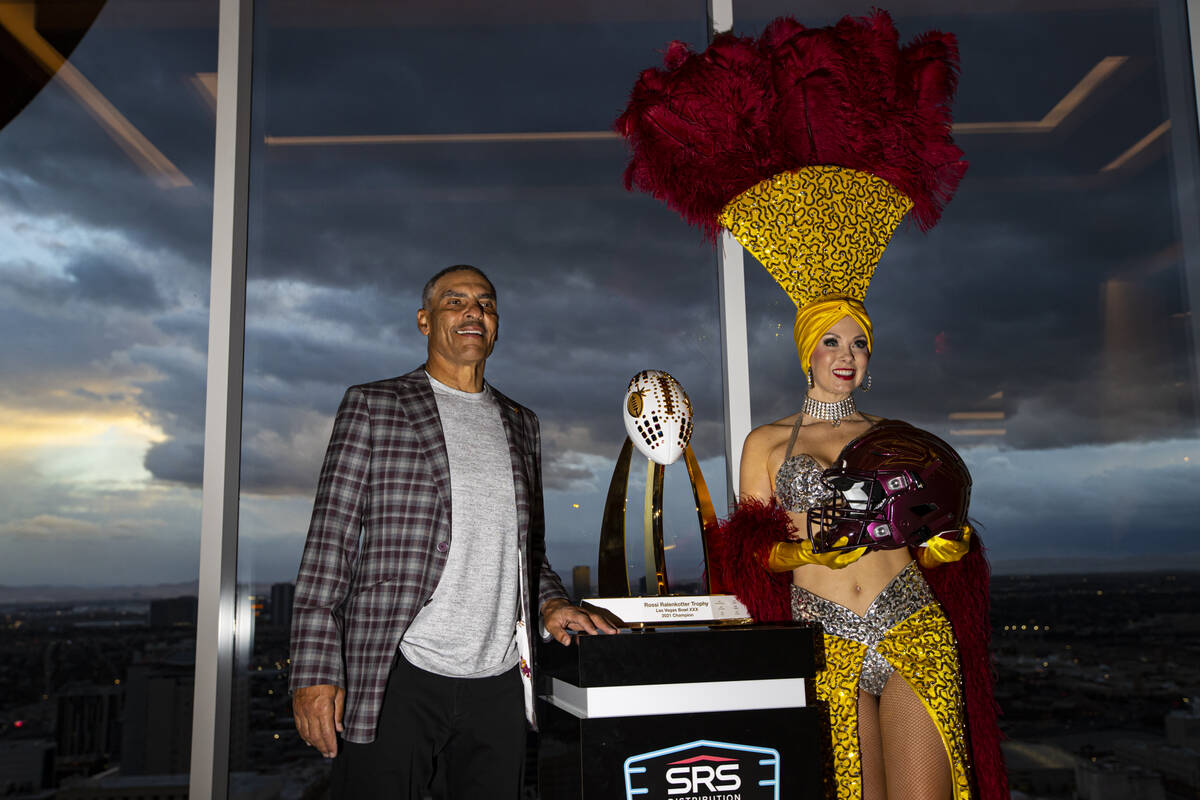 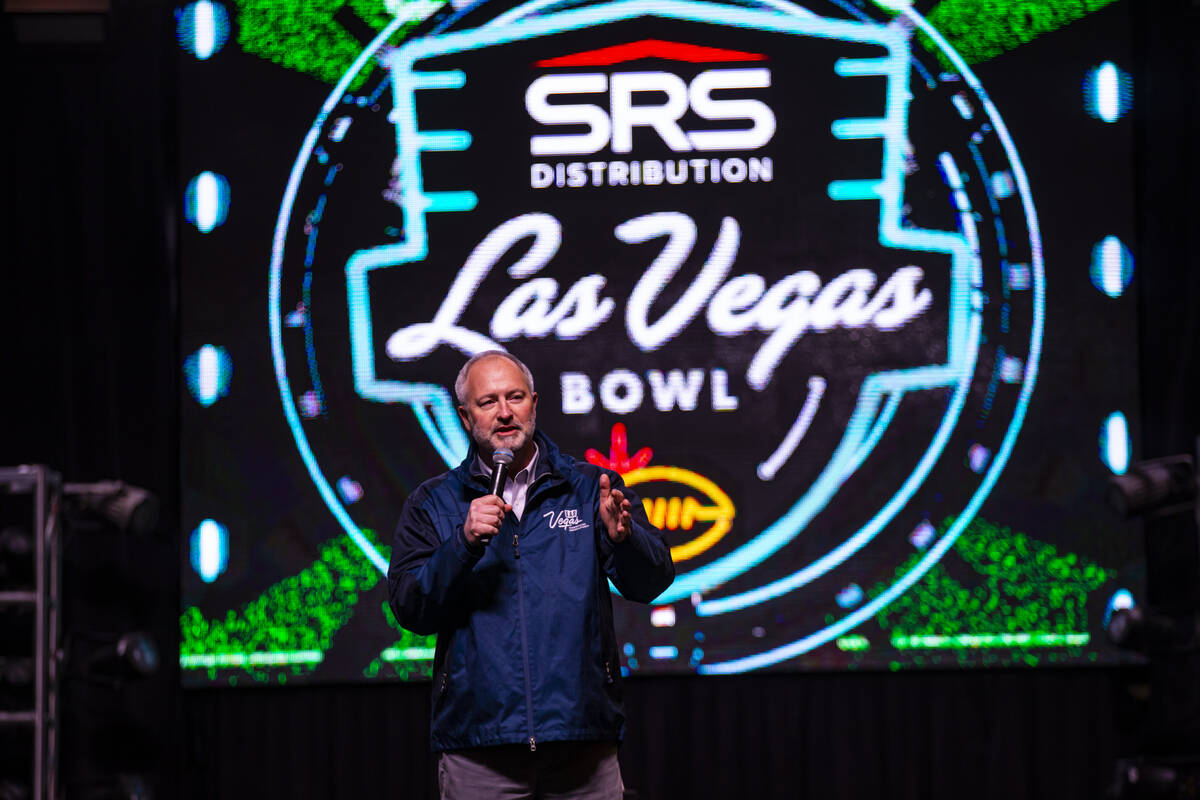 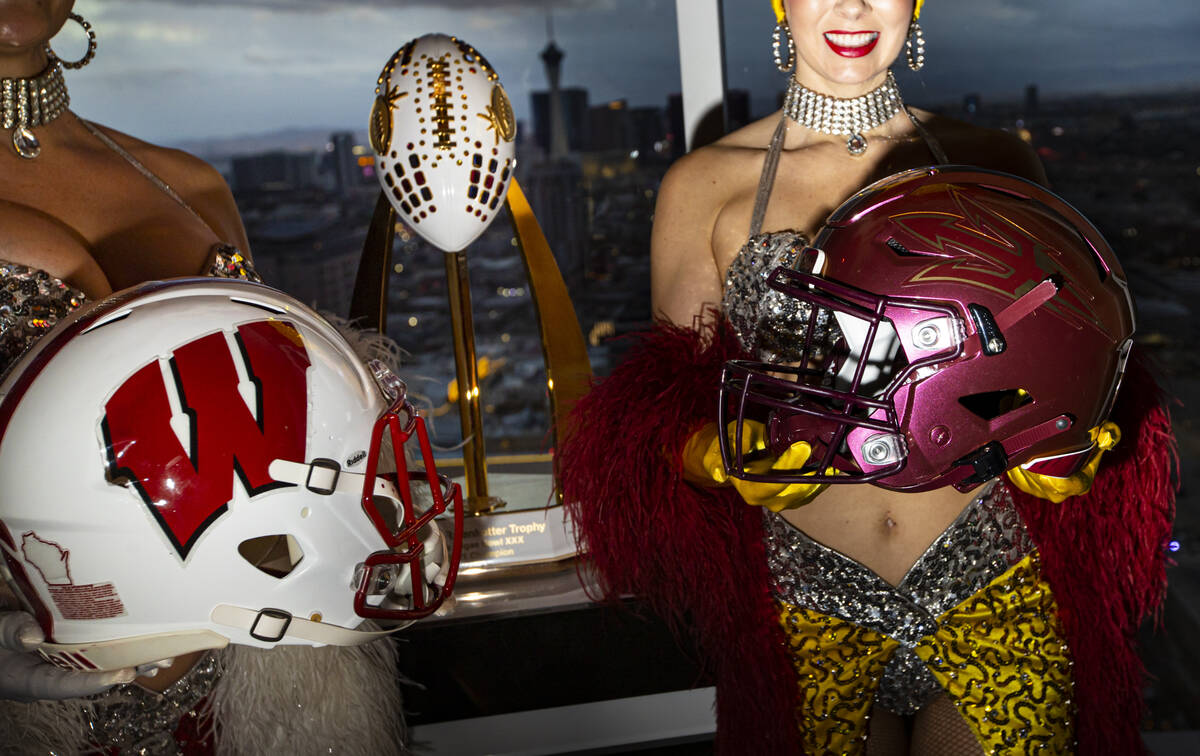 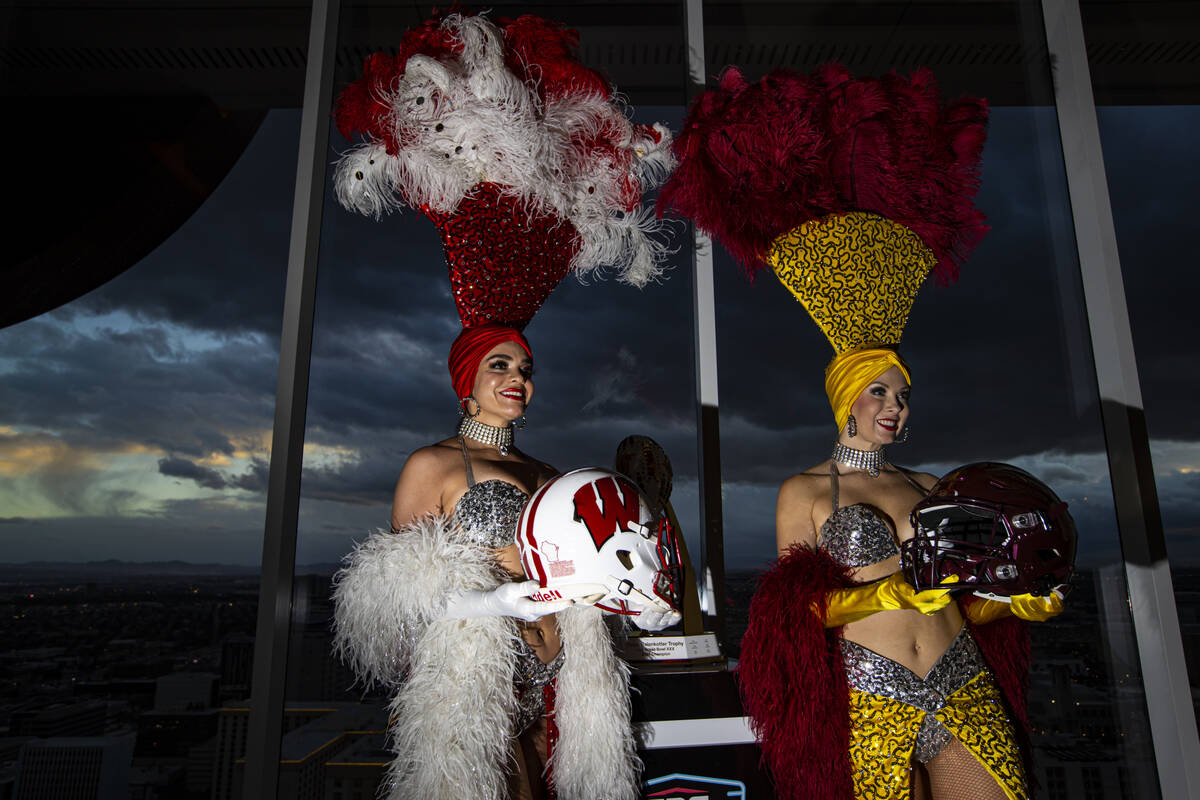 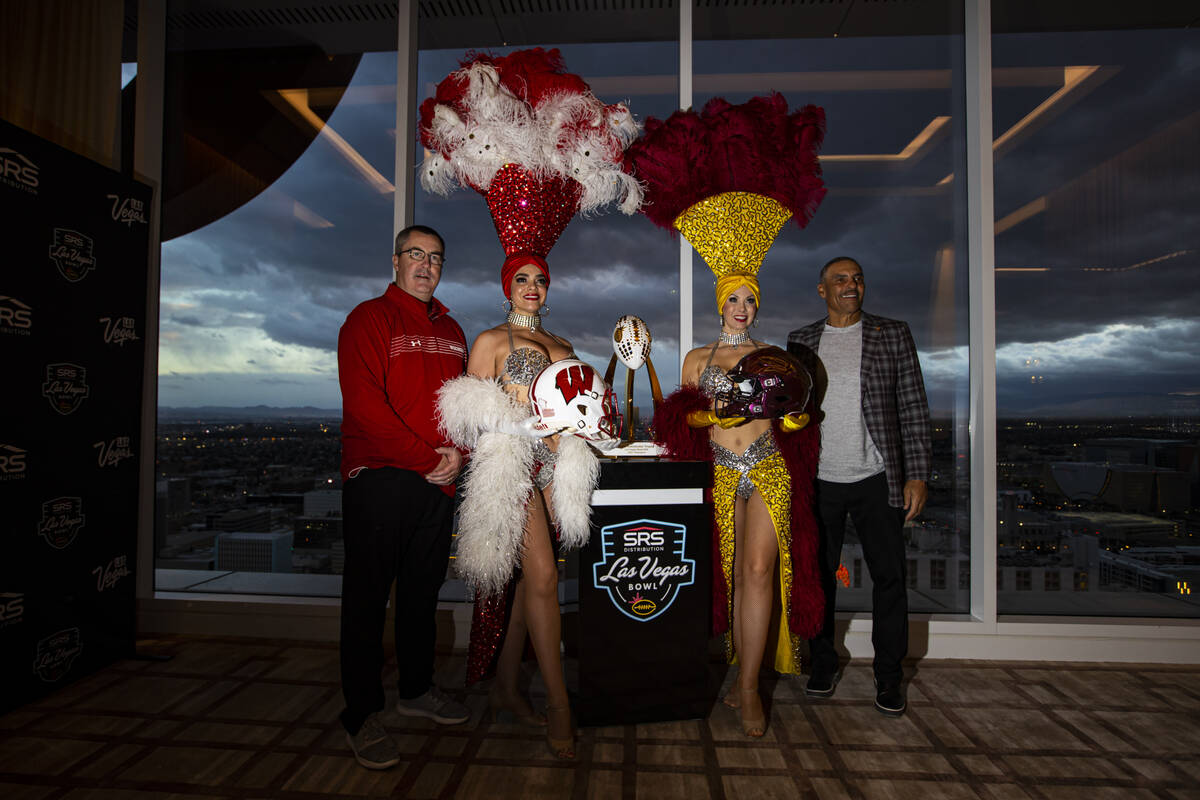 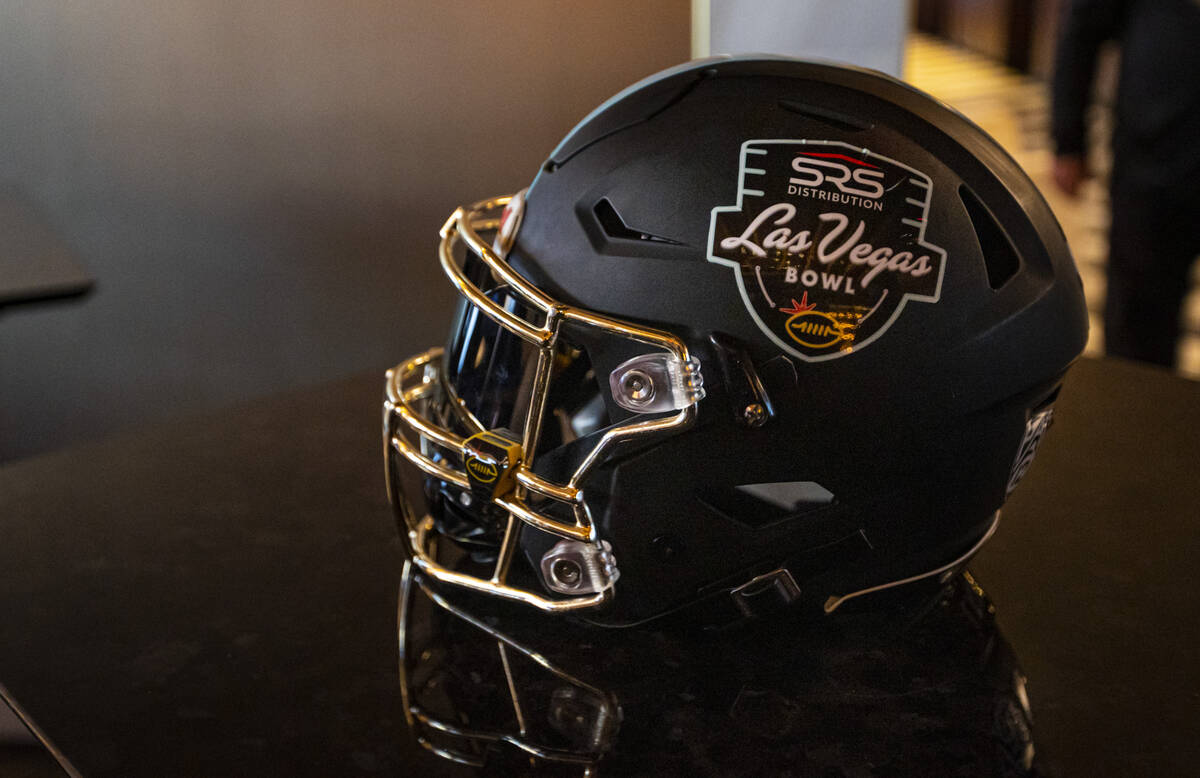 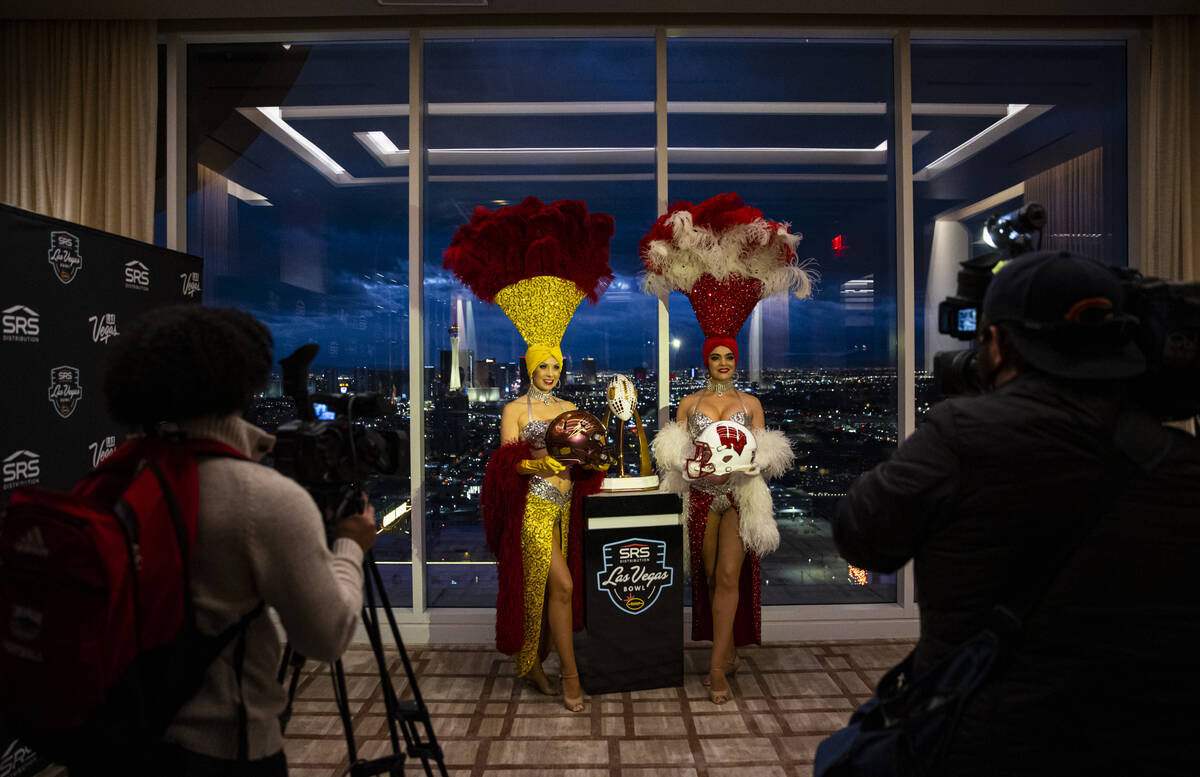 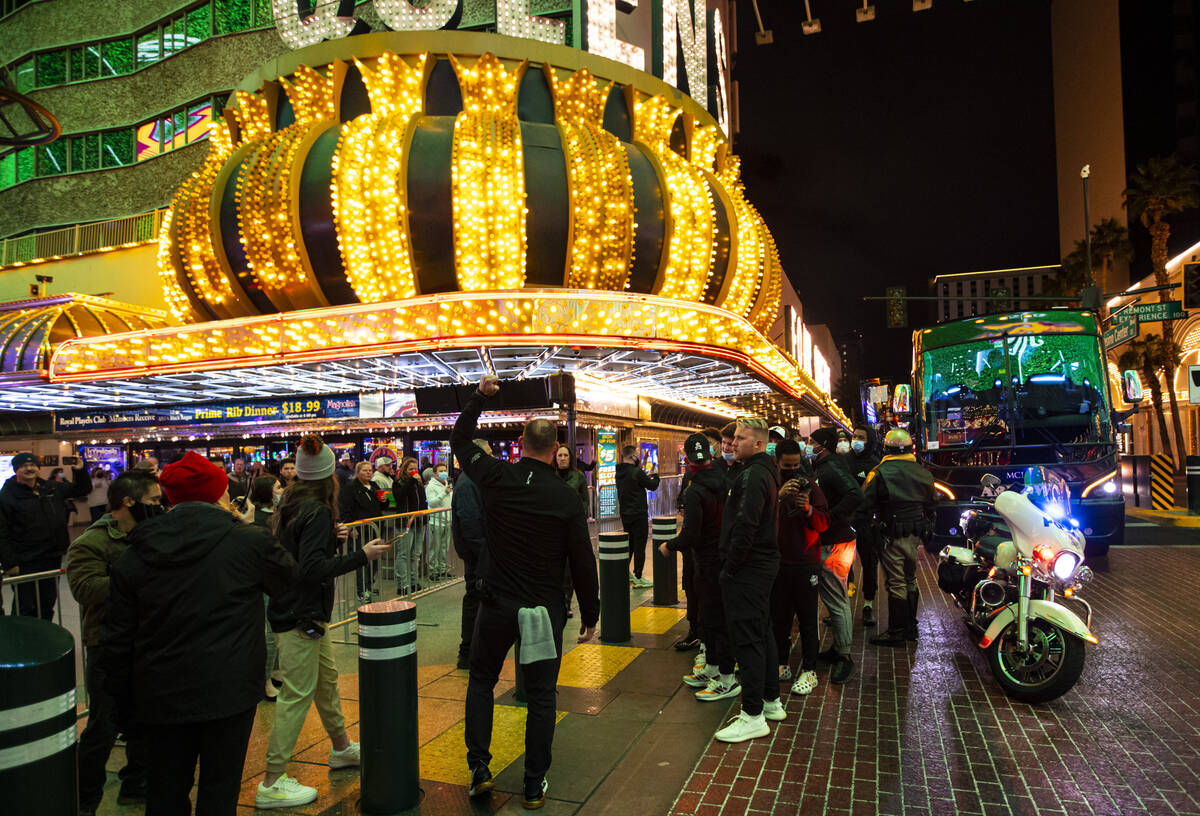 It has been called a sleeping giant for so long that neophyte college football fans probably think that is Arizona State’s official nickname.

It’s an unflattering description that has dogged the ASU football program for almost as long as the sun has risen in the valley of it.

But here’s all you need to know about Arizona State’s chronic somnambulism: It last played in the Rose Bowl in 1996, when Bruce Snyder, a former UNLV assistant under John Robinson, was coach. Then a few years after that, the foundering Rebels beat ASU in Tempe when the Sun Devils were ranked No. 15.

Arizona State’s last Pac-12 title came in 2007. Since outgrowing the Western Athletic Conference in 1977, the Sun Devils have won only three conference championships in 44 seasons.

Rip Van Winkle, perhaps best known among the sleeping giants, dozed for only 20 years before moving in with his grown daughter and resuming his idle ways — sort of what Arizona State did when it named Dennis Erickson coach.

The Sun Devils were blown out 55-24 by Boise State in Erickson’s last game as a lame duck, the 2011 Las Vegas Bowl before it was new and improved.

Now, it’s Herm Edwards, the former NFL ball hawk (33 interceptions) best known for returning Giants quarterback Joe Pisarcik’s botched handoff for a touchdown during 1978’s “Miracle at the Meadowlands,” who finds himself on the hot seat after going 25-17 in three-plus seasons.

Rumors began to sizzle after a report of potential recruiting violations and a meltdown after halftime resulted in a crushing defeat against Utah in October when the Sun Devils were 4-0 in the Pac-12. But after ASU closed the regular season at 8-4, both Edwards and athletic director Ray Anderson said he’d be back in 2022.

At Monday’s Las Vegas Bowl welcome reception at the Legacy Club atop the Circa downtown, Edwards said in retrospect the loss at Utah doesn’t appear nearly so grievous after the Utes closed the season with six straight wins to earn a berth in the Rose Bowl opposite Ohio State.

As for still being a sleeping giant, he said that term may become obsolete with the increased significance of the transfer portal, where the right add-ons could immediately wake up snoozing programs.

“The new world now in college football is the portal,” Edwards said, holding his hands together in the way a high-profile transfer quarterback would receive a snap from center. “There’s free agency in college football all of a sudden. We’re going heavy (in the portal). We have to; we’re losing 21 seniors. But I think that’s gonna help us.”

Edwards said going 8-4 and adding a win against a perennial Big Ten contender Thursday should impress those in the portal. Just as taking a step backward could hurt a program trying to awaken after a long slumber.

“Kids today, when they don’t play right away, they’re going to leave,” said the former NFL head coach with the Jets and Chiefs. “If enough of them leave, it can devastate you.

“The last time we looked, there were 6,500 kids in the portal. And here’s the crazy part: There are only 1,800 scholarships available.”

When you look at it that way, Edwards said, it’s enough to put anybody to sleep.