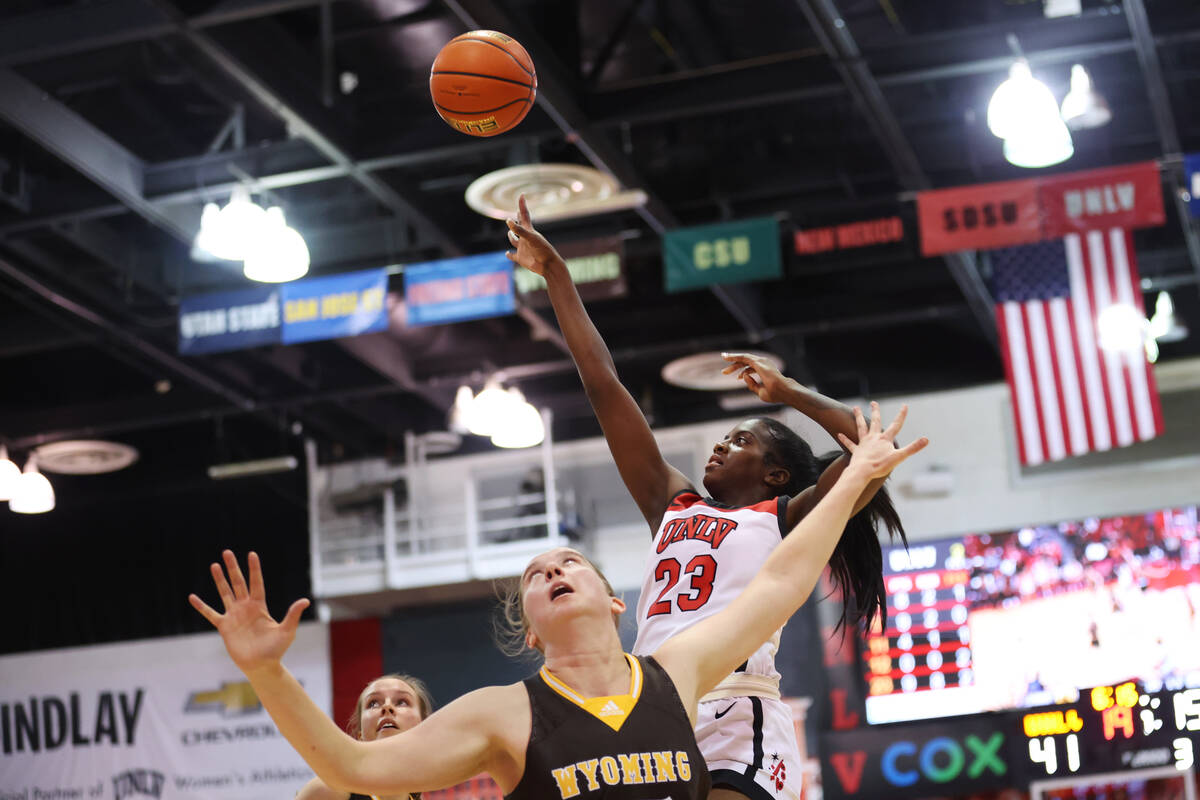 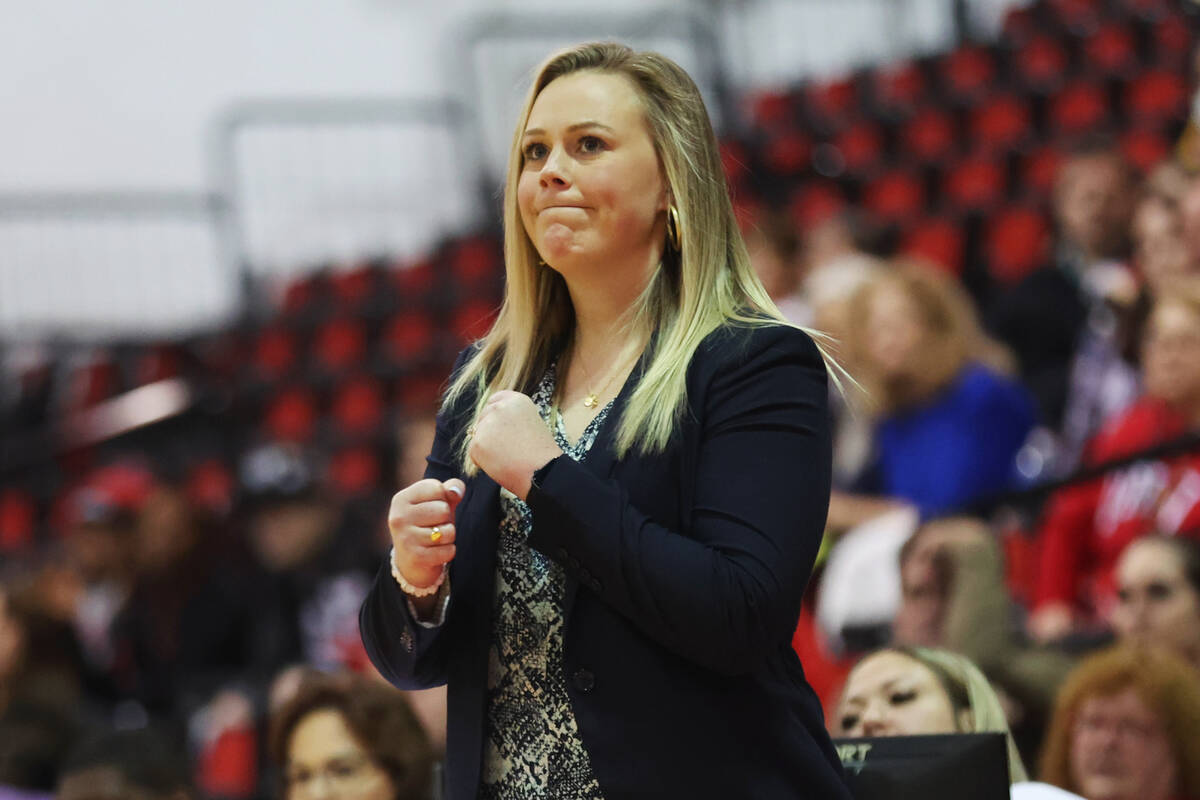 UNLV Lady Rebels head coach Lindy La Rocque reacts after her team's score against the Wyoming Cowgirls during the second half of a women's basketball game at the Cox Pavilion in Las Vegas, Thursday, Dec. 29, 2022. (Erik Verduzco / Las Vegas Review-Journal)

UNLV women’s basketball coach Lindy La Rocque says the Lady Rebels’ next game is their most important one.

La Rocque’s approach is simply that the next game is always the most important.

“It’s our team and our program’s job to keep that philosophy,” she said. “I think that’s why we are where we’re at, so we have to continue to guard that even as we get more attention.”

UNLV continued its perfect start to the Mountain West season Thursday, defeating Wyoming 71-57 in Laramie. The Lady Rebels are 8-0 in conference play, their best league start since the 1993-94 season when UNLV was a member of the Big West, and they haven’t lost since Dec. 18.

“UNLV, especially women’s basketball here, is just getting better every year and developing every day,” said junior center Desi-Rae Young, who was named Mountain West Player of the Week on Monday.

La Rocque and her reigning conference champions haven’t enjoyed an easy path back to the top of the Mountain West. Senior guard Essence Booker, a 2021-22 All-Mountain West honoree and the conference tournament MVP, struggled with her shot for most of the nonconference season, particularly from 3-point range.

The former local star from Spring Valley needed a reset, so La Rocque moved her to the bench for the first three games of Mountain West play.

“All these goals I set for myself, this being my last year, I was letting those consume me instead of just playing basketball,” Booker said.

The lineup change reignited a fire in the senior guard, who found some confidence and her scoring touch. La Rocque reintroduced Booker to the starting lineup Jan. 11 at San Jose State, and she scored 22 points on 9-of-13 shooting.

The Lady Rebels were hit by another unexpected obstacle just as Booker rediscovered her play. Junior forward Nneka Obiazor, the reigning Mountain West sixth player of the year, suffered a knee injury in early December and is out for the season.

Brown was the more obvious replacement, filling in for Obiazor off the bench before her injury. Brown, a 6-foot-1-inch forward, has improved the size of UNLV’s frontcourt and has spaced the floor, going 6 of 14 from 3 since entering the starting lineup Jan. 11. She credited her practices against Obiazor for preparing her to start.

“Coming into the season, I knew I was going to have to step up and be prepared for opportunities,” Brown said.

Winfrey is a less conventional forward on paper. The 5-11 guard had never played the position before this season, but La Rocque said Winfrey has been selfless and enthusiastic in the transition.

Aided by their revamped lineup, the Lady Rebels have a chance to establish their dominance atop the Mountain West with a win against the Rams, but La Rocque still isn’t going to look further ahead than the next game.

“We’re happy with where we’re at,” La Rocque said, “but we haven’t won anything.”