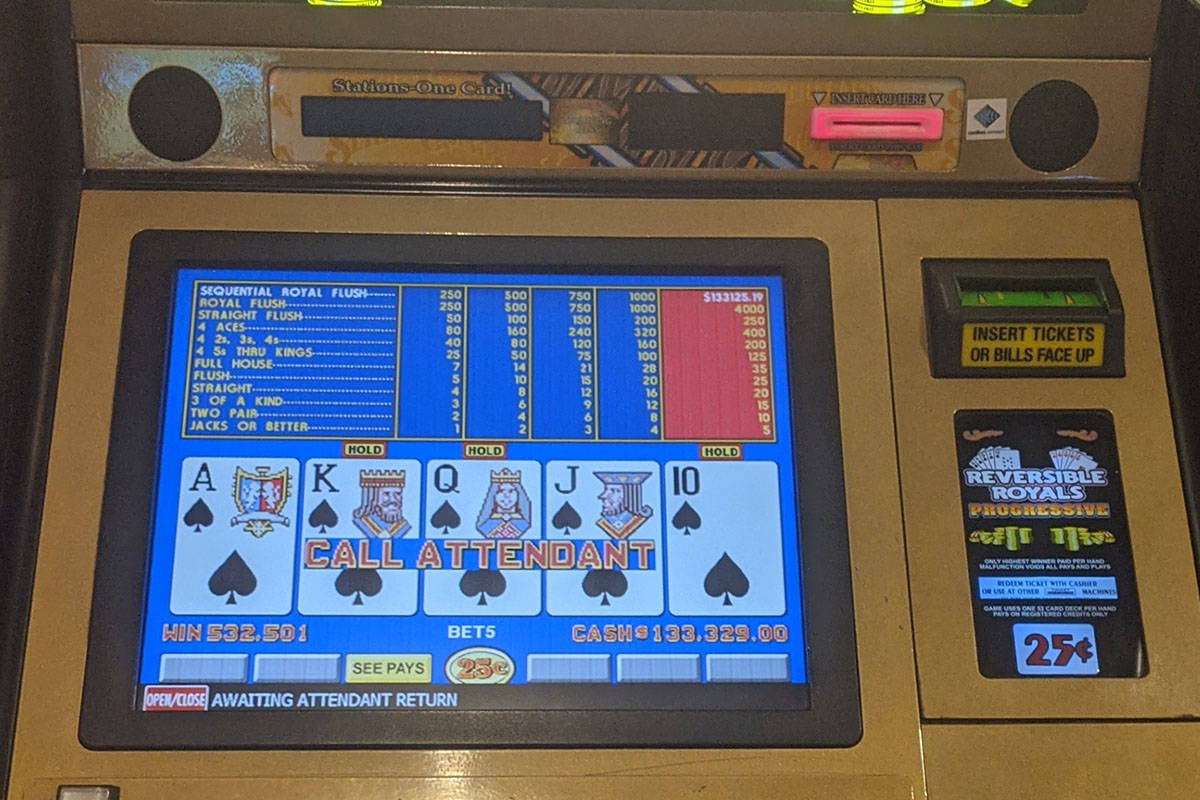 Most people hope to get their ducks in a row. Video poker players will accept their big cards in similar fashion.

The winning hand hit at 3:45 p.m. Friday, according to a Station Casinos spokesperson. The player, who wagered $1.25 on the hand, chose to remain anonymous.

It was the second sequential royal flush to hit at the southeast Las Vegas Valley casino in January. On Jan. 9, a player won $89,705 when the spades lined up.

Reversible Royals were also the rage at Red Rock Casino on Jan. 15 when two hit within hours of each other, netting the players $27,101 and $132,395, respectively.