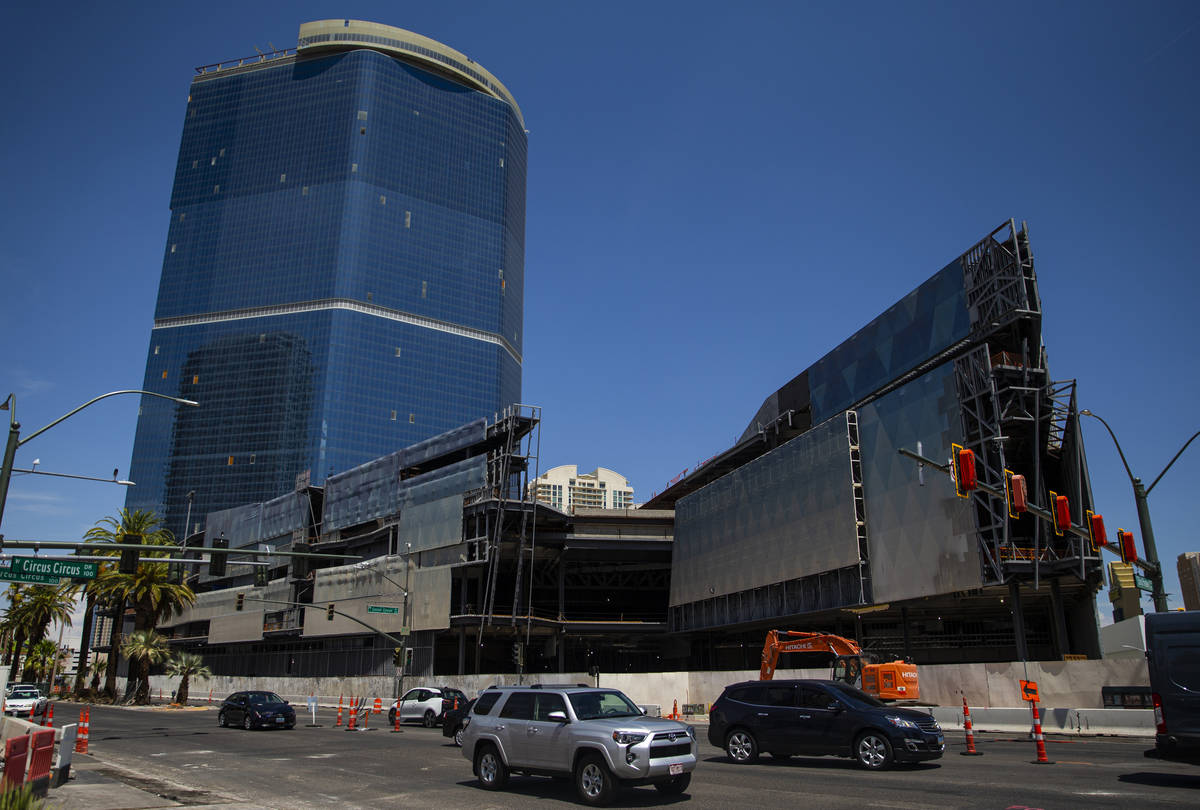 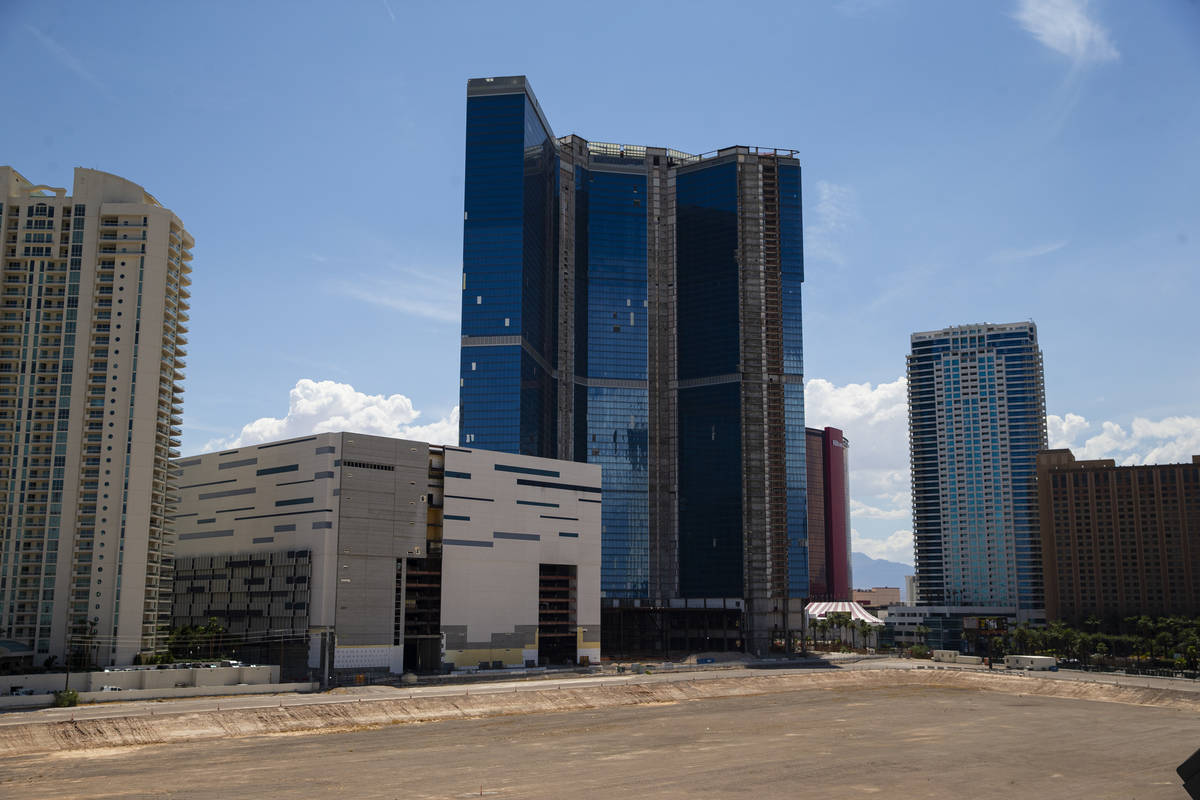 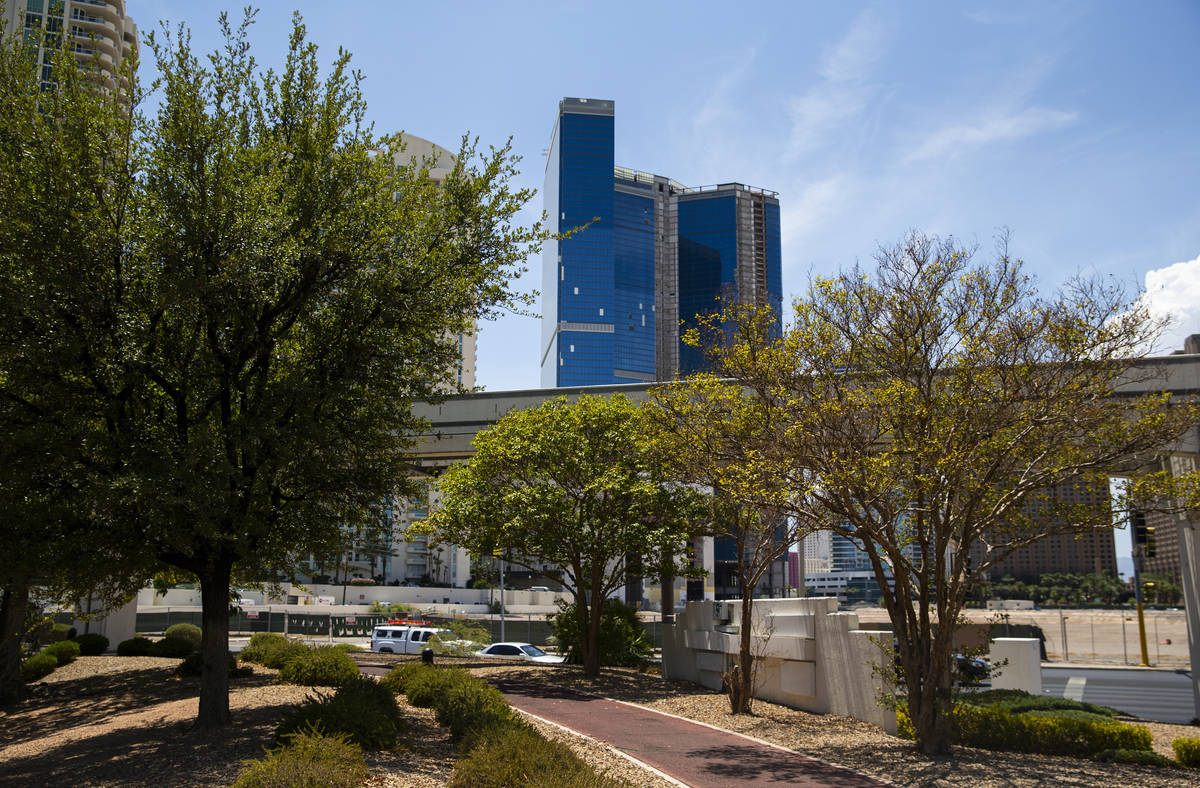 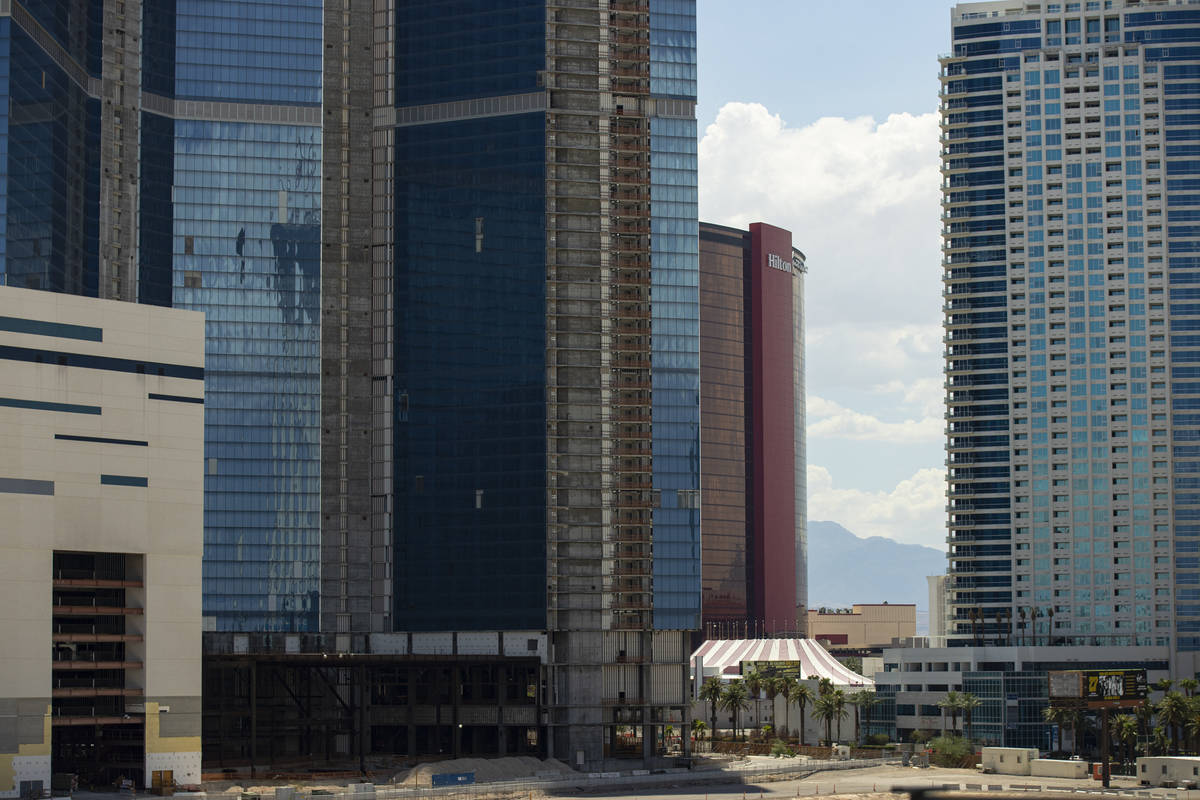 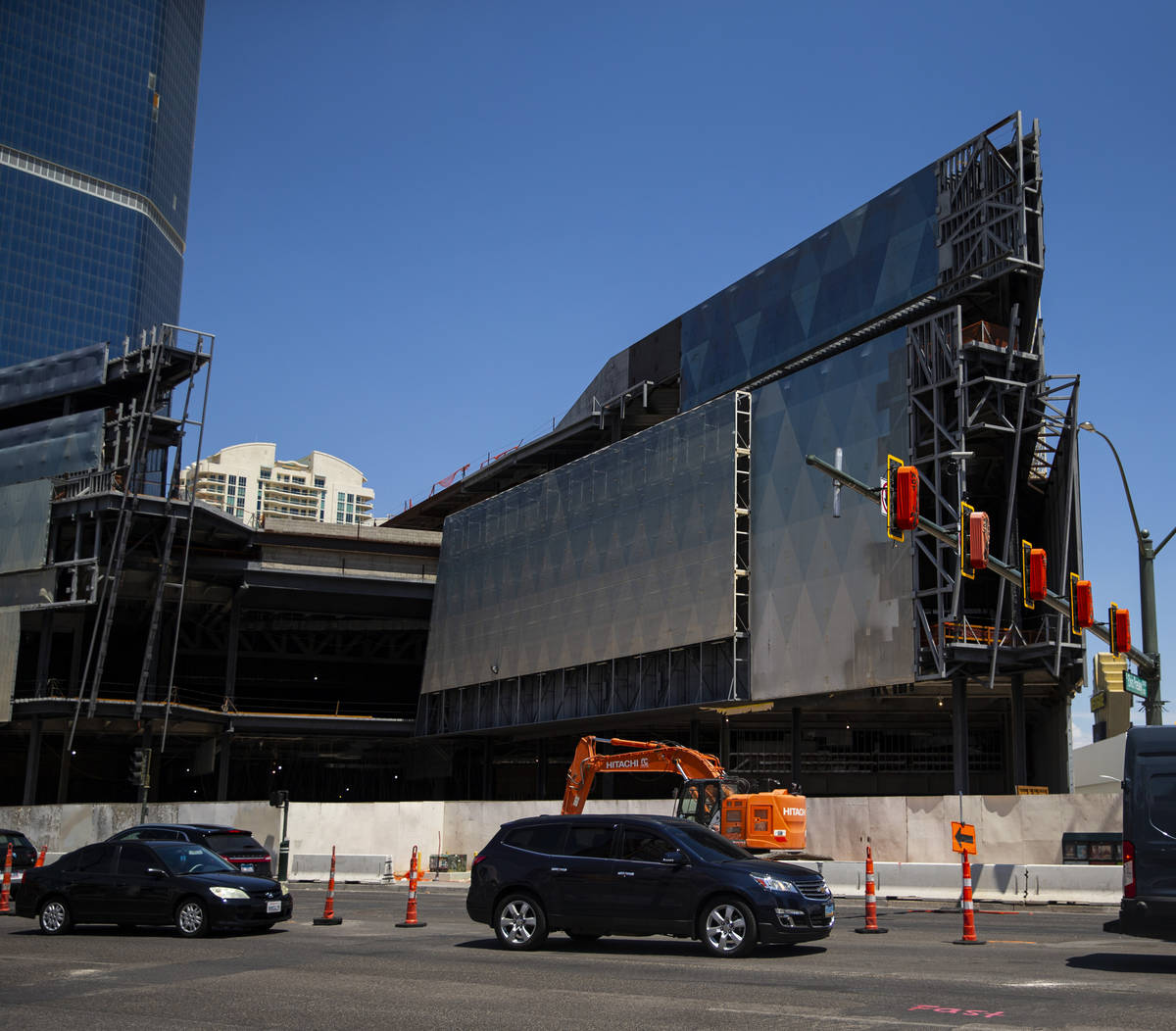 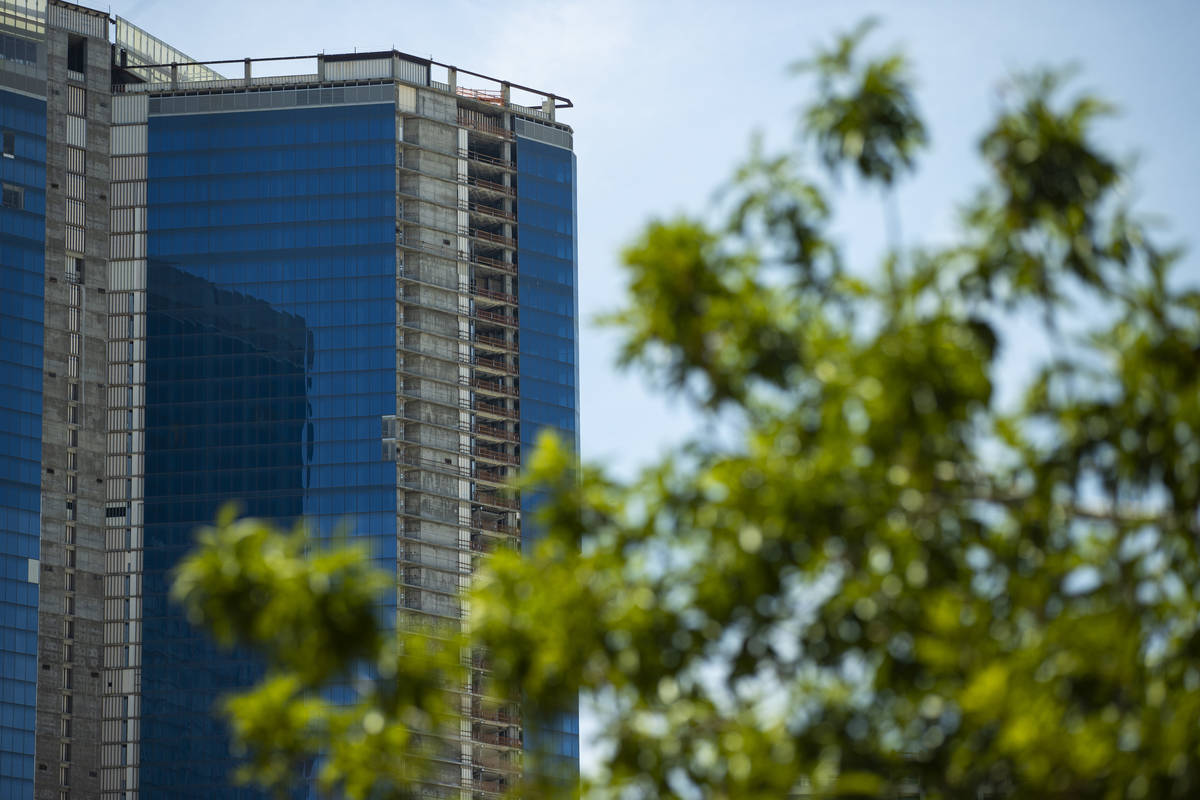 After towering over the Strip for more than a decade, the unfinished former Fontainebleau has another penciled debut.

Marriott International’s website says the long-stalled hotel-casino, which it calls the JW Marriott Las Vegas Blvd., will open in October 2023. The massive north Strip resort will feature 3,700-plus rooms, more than 500,000 square feet of meeting and convention space, and “retail, spa, nightlife, pool, casino and culinary experiences,” the site says.

It also says the property will include a pedestrian skybridge to the newly built section of the Las Vegas Convention Center.

Plans were unveiled more than three years ago for a JW Marriott at the 60-plus-story property, though it couldn’t be confirmed this week how long the fall 2023 debut has been listed on the hotel chain’s website. Moreover, the building’s owners still haven’t announced when the resort will open.

Still, the date seen online is the latest in a string of scheduled openings for a multibillion-dollar resort that remains unfinished and walled-off a dozen years after it was supposed to debut, and after the once-bankrupt project changed hands multiple times.

Media contacts for Marriott did not respond to phone calls and emails this week seeking comment on the property.

A representative for project owner Jeffrey Soffer’s firm, Fontainebleau Development, said it does not have any updates or comments “at this time.”

Plans for the Fontainebleau were unveiled in 2005, and the project, led by Soffer and former Las Vegas casino executive Glenn Schaeffer, broke ground in 2007. But the real estate market soon crashed, the economy spiraled downward, and the unfinished project went bankrupt in 2009.

Billionaire Carl Icahn acquired the property in 2010 for around $150 million and then sold it in 2017 for $600 million to developer Steve Witkoff and real estate firm New Valley, a subsidiary of cigarette maker the Vector Group.

In early 2018, Witkoff and Marriott unveiled the resort’s new name, Drew Las Vegas; the plans for two Marriott brands there, JW and Edition; and an expected opening in late 2020.

Witkoff, who later pushed the opening to 2022, said early last year that he was close to obtaining a roughly $2 billion construction loan for the project. But last March, as Las Vegas rapidly shut down over fears of the coronavirus outbreak, he suspended construction of the resort.

In a full-circle moment, Soffer reacquired the property in February in partnership with the real estate wing of conglomerate Koch Industries.

The new owners acquired debt on the project and gained ownership of the property the same day through a process that lets people avoid foreclosure.

After the acquisition was announced, a Marriott spokeswoman told the Review-Journal that while the property has new owners, “nothing has changed with respect to our role in this project.”

“Marriott remains the hotel operator and we have two brands — the Edition and the JW Marriott — that are a part of this resort and casino complex,” she said at the time.

Soffer and Koch have not announced when they expect to resume construction or open the resort.