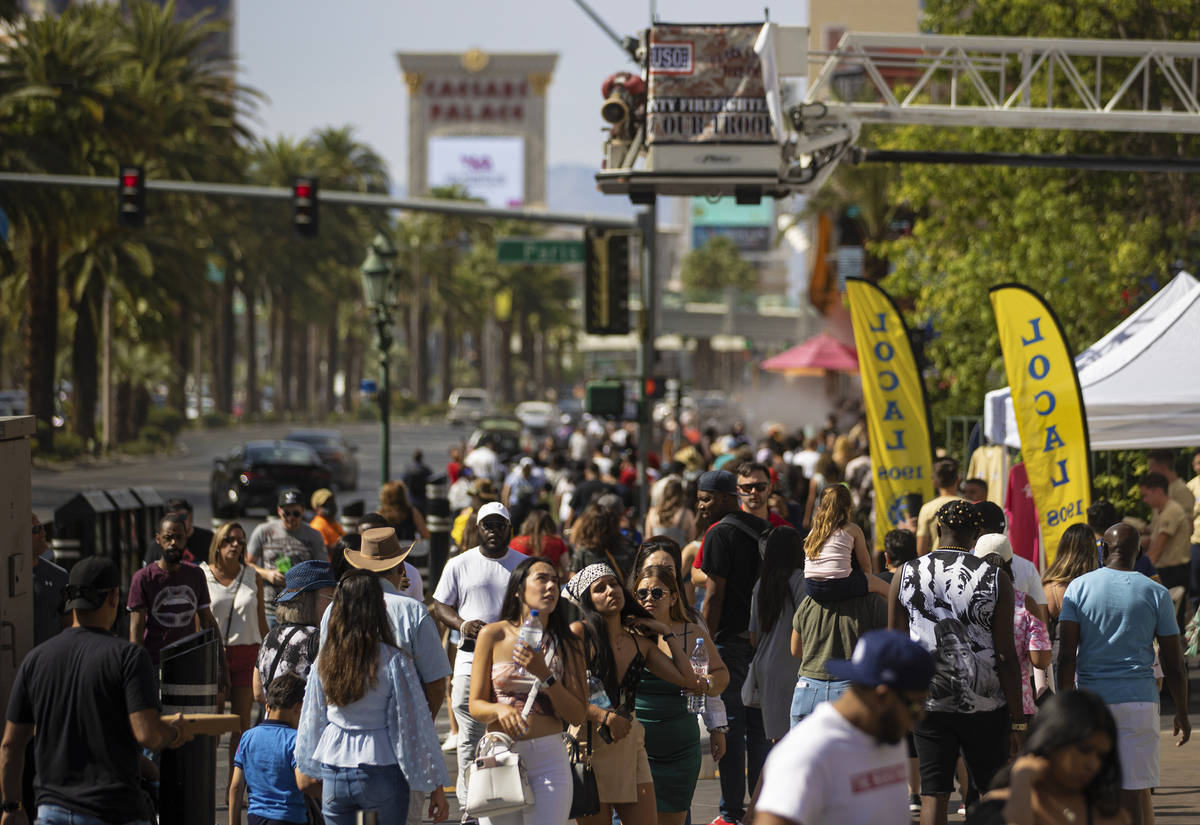 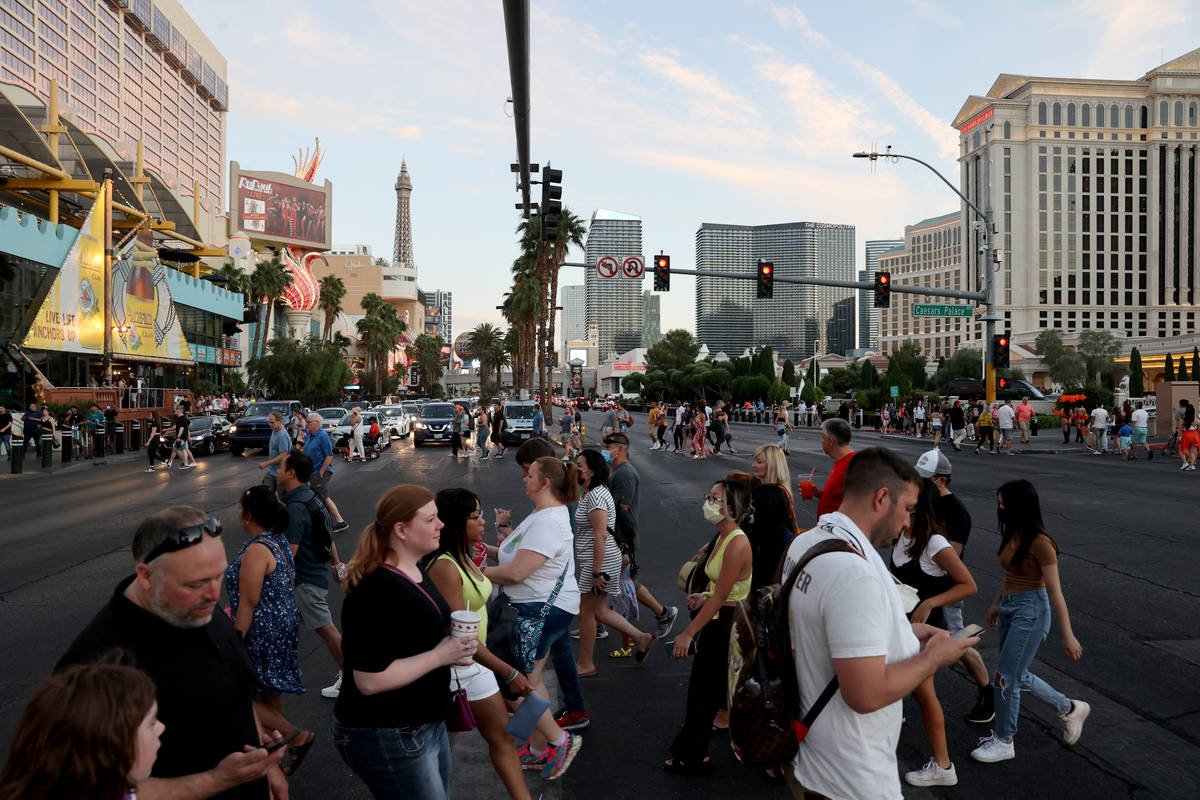 Crowds cross the Strip at between the Linq Promenade and Caesars Palace in Las Vegas Friday, May 28, 2021. (K.M. Cannon/Las Vegas Review-Journal) @KMCannonPhoto

Las Vegas’ tourism industry is expected to surge back this year from its steep plunge in 2020, but the valley’s economic recovery could stall if it suffers another wave of coronavirus infections, a new report says.

UNLV’s Center for Business and Economic Research predicts that visitor volume in Southern Nevada will climb 57 percent this year and 13.2 percent next year, following its 55.2 percent drop in 2020 after the pandemic kept people home and away from crowds for fear of getting infected.

Overall, because the Las Vegas area relies so heavily on tourism to fuel its economy, its outlook is tied to the future path of the coronavirus, the center reported.

The pandemic-sparked recession hit Southern Nevada “like a sledgehammer,” though further progress on vaccinating people and the absence of a variant that can dodge those protections “will make economic recovery much more likely,” the center reported.

But a new wave of coronavirus cases could make that comeback stall, it added.

The pandemic sparked huge job losses nationwide last year. But its fallout was especially severe in casino-heavy Las Vegas, threatening the foundation of the local economy as a place people visit from around the country and world, often by airplane, to stay in huge hotels and eat, drink, gamble, party and network, all in close quarters with masses of others and often indoors.

Many people have since returned to work, and tourism has surged lately as vaccines roll out and daily life starts to return to normal. But some resorts remain closed more than a year after they were allowed to reopen from the state-ordered lockdown, and Las Vegas’ usually lucrative convention industry is only now beginning to re-emerge after the pandemic left groups holding formerly in-person gatherings online.

Las Vegas’ unemployment rate has shrunk considerably since the early chaos of the pandemic but remains elevated at 8.9 percent as of May, state officials reported.

Southern Nevada is “exposed significantly” to sectors that rely on in-person gatherings, and as a result, “our economic recovery is really tied at the hip” to the recovery from the pandemic, UNLV economics professor Stephen Miller said in a presentation Thursday.

Miller told the Review-Journal that he figures it will take another year before the convention industry is back to normal. Such gatherings normally take far longer to plan than a typical vacation to Las Vegas.

All told, the economy has not fully recovered but is moving in the right direction, he said.