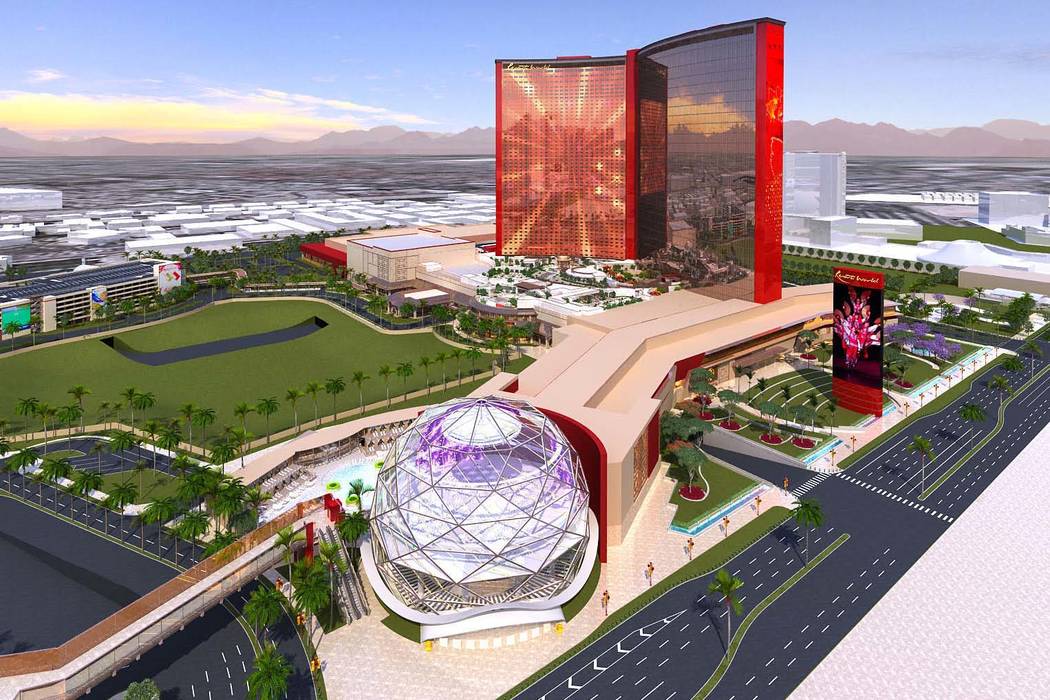 Rendering of Resorts World being built on the Las Vegas Strip. (Genting)

Wynn and Genting, developers of Resorts World, issued a joint statement Friday stating they had reached a settlement agreement on a dispute involving the design of the 3,000-room Chinese-themed resort being built across Las Vegas Boulevard from Wynn Las Vegas and Encore.

“Genting’s Resorts World Las Vegas project will be the launching point for the next generation of integrated resorts and the aesthetics of the project will play an important role in its future success,” said Michael Levoff, senior vice president of public affairs and development for Genting.

“While the company believes the design to have had differences with Wynn and Encore’s once fully realized, after further consideration and conversations with the Wynn team, we have directed our design team to make several changes that will clearly differentiate the two properties,” Levoff said. “This mutually beneficial settlement will allow Genting to continue to develop Resorts World Las Vegas with minimal impact to cost and the overall project timeline.”

The two companies had been scheduled to argue the case before U.S. District Court Judge Gloria Navarro on Jan. 29

“Wynn Resorts’ world-renowned signature architecture and design are among the elements that have built our brand’s reputation for excellence,” said Michael Weaver, chief communications officer for Wynn Resorts.

Resorts World, which is expected to open in 2020, faced the threat of having construction shut down under the temporary restraining order Wynn was seeking.

In a January response, Resorts World said its building would look dramatically different than Wynn’s properties upon completion. The company also said that if the project was shut down it would cost it an estimated $169 million and result in 500 construction workers being immediately laid off.

Currently, the buildings have a similar look with bronze glass and dark horizontal bands between floors, but a rendering released Friday by Resorts World showed vertical bands of red along the building’s sides.

Neither company had additional comments about the settlement or how it was reached.