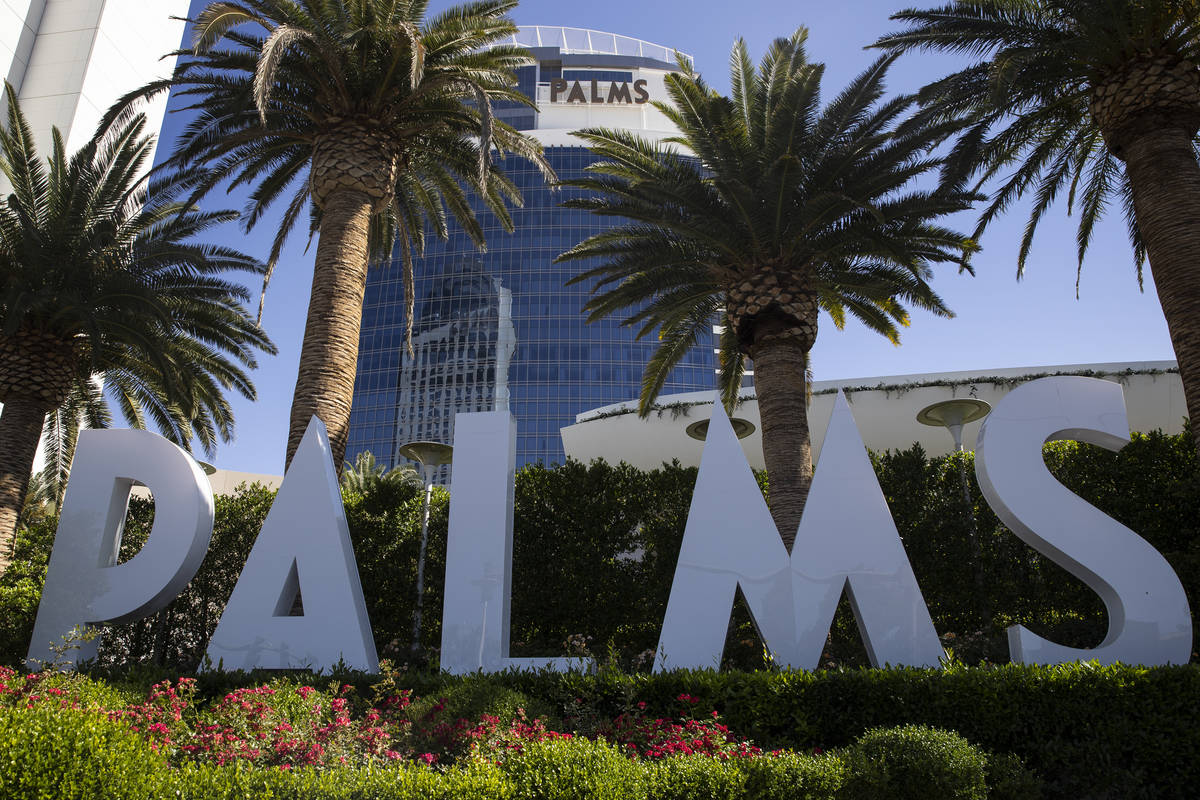 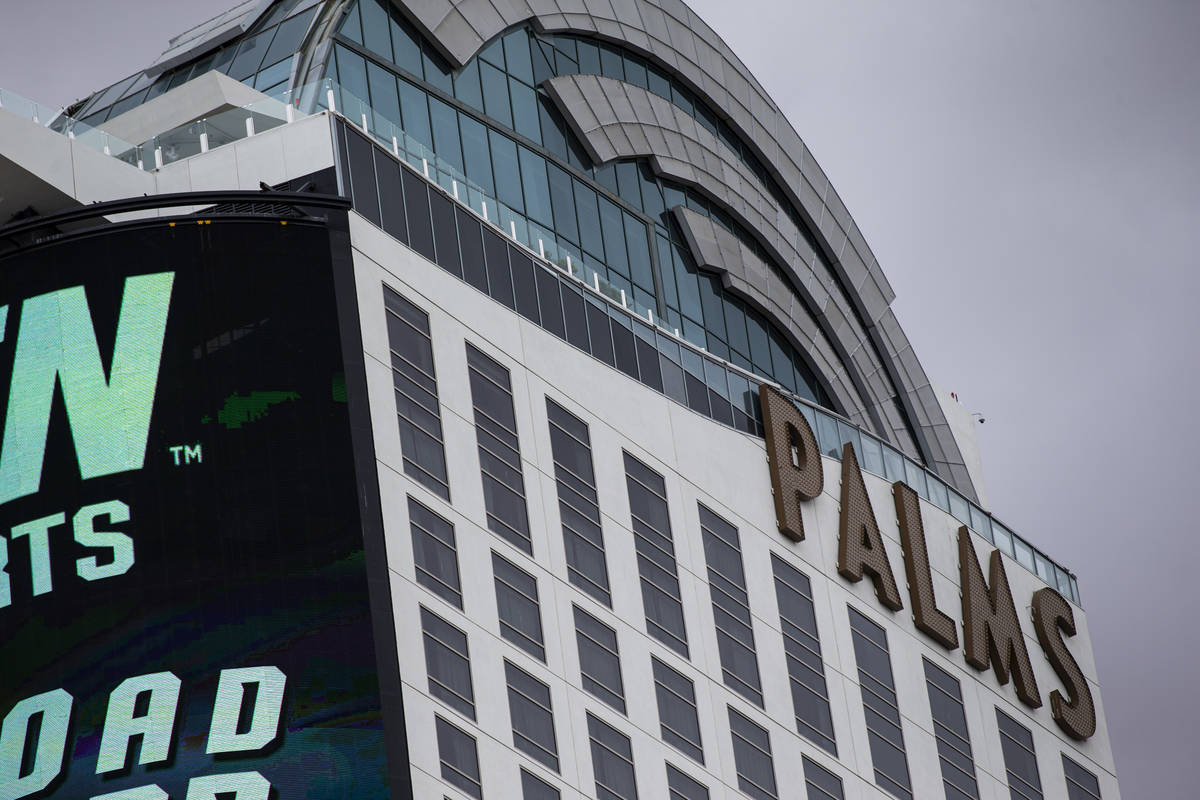 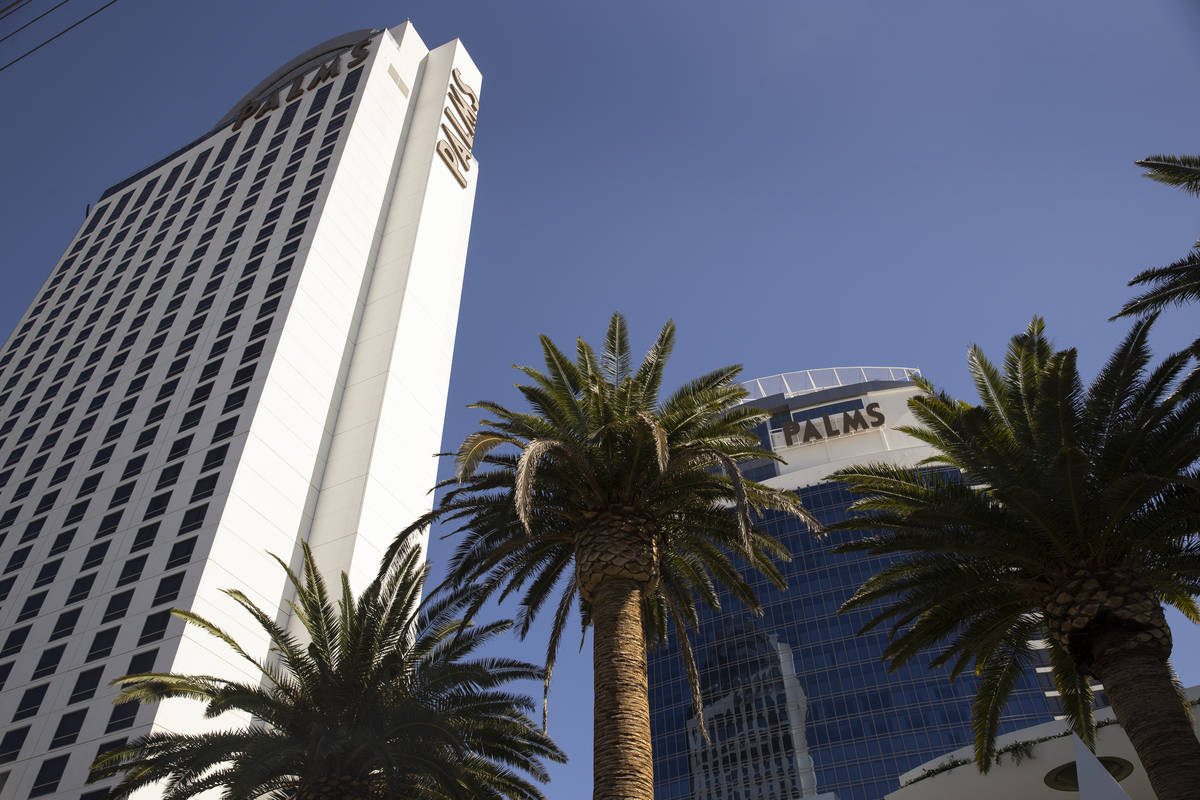 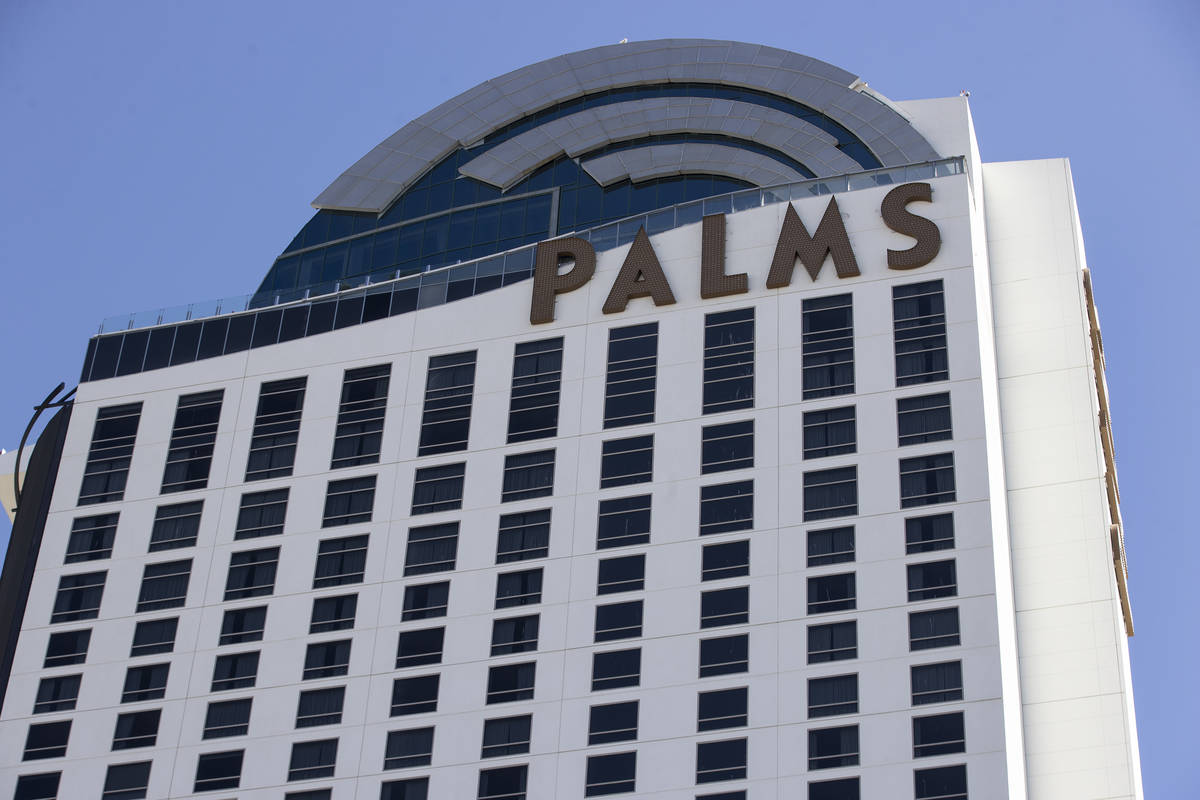 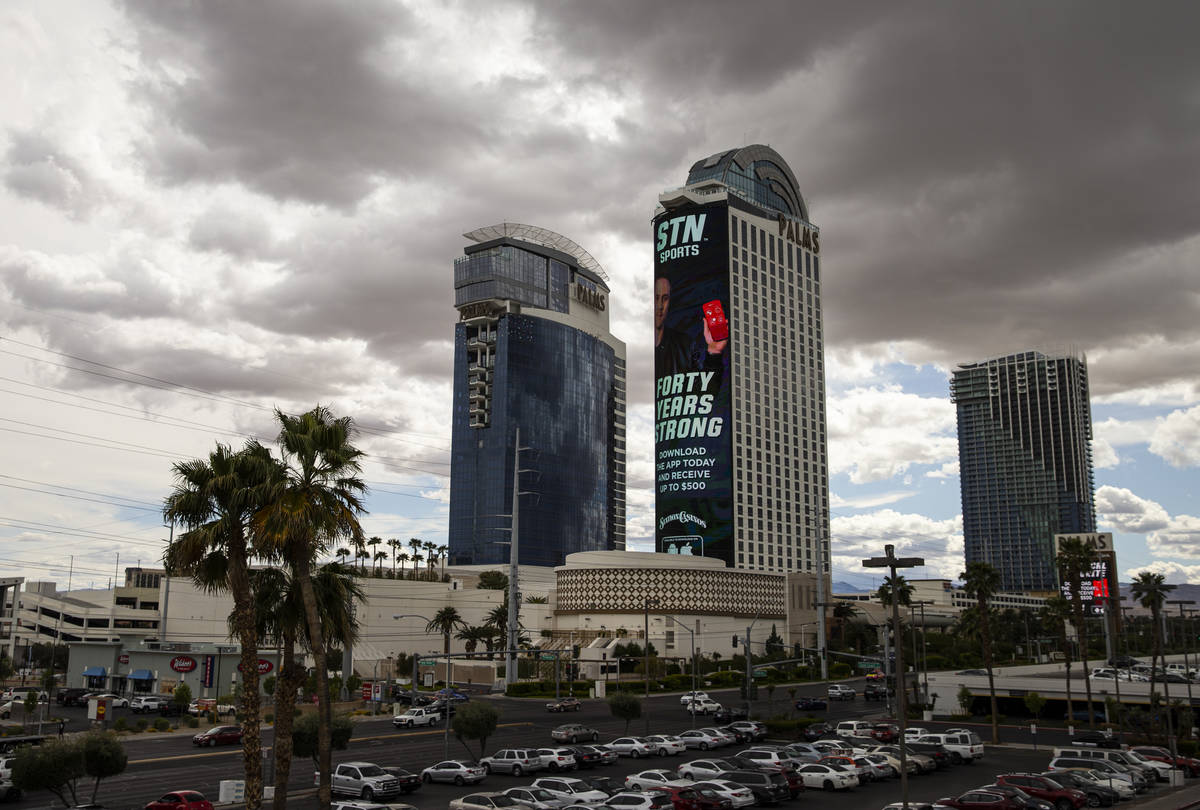 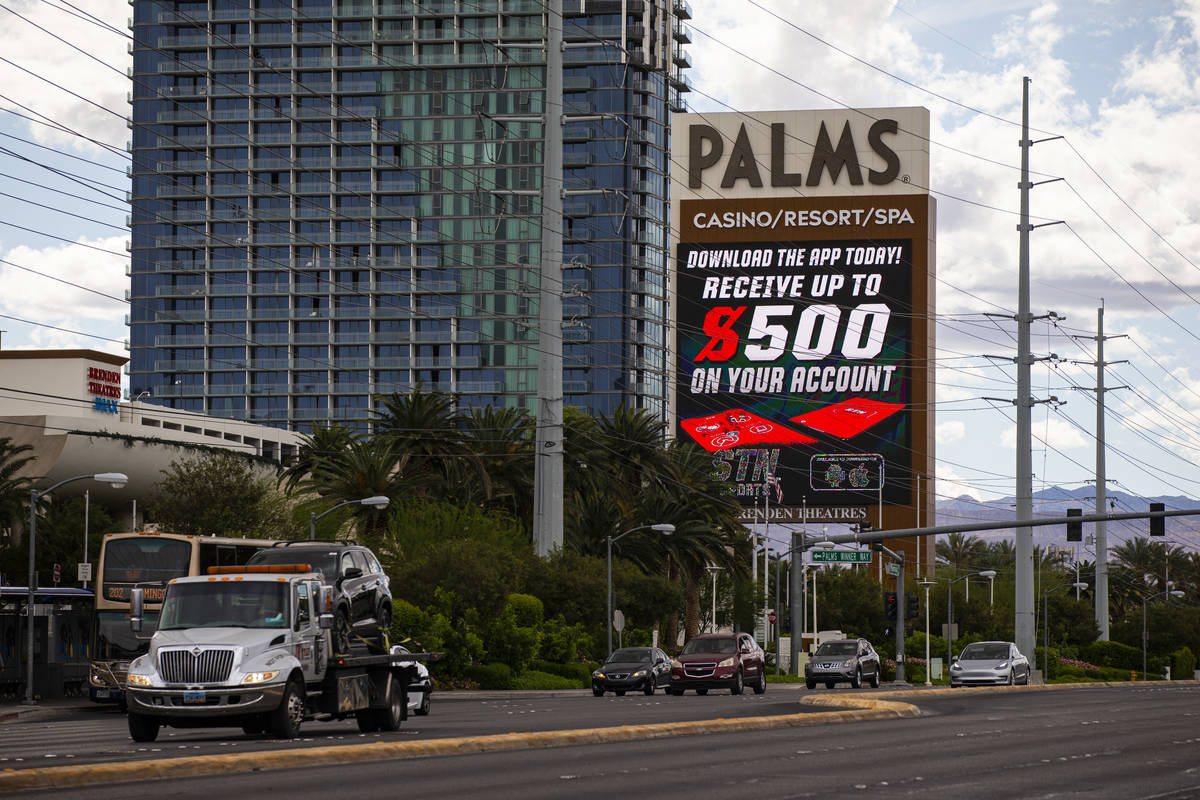 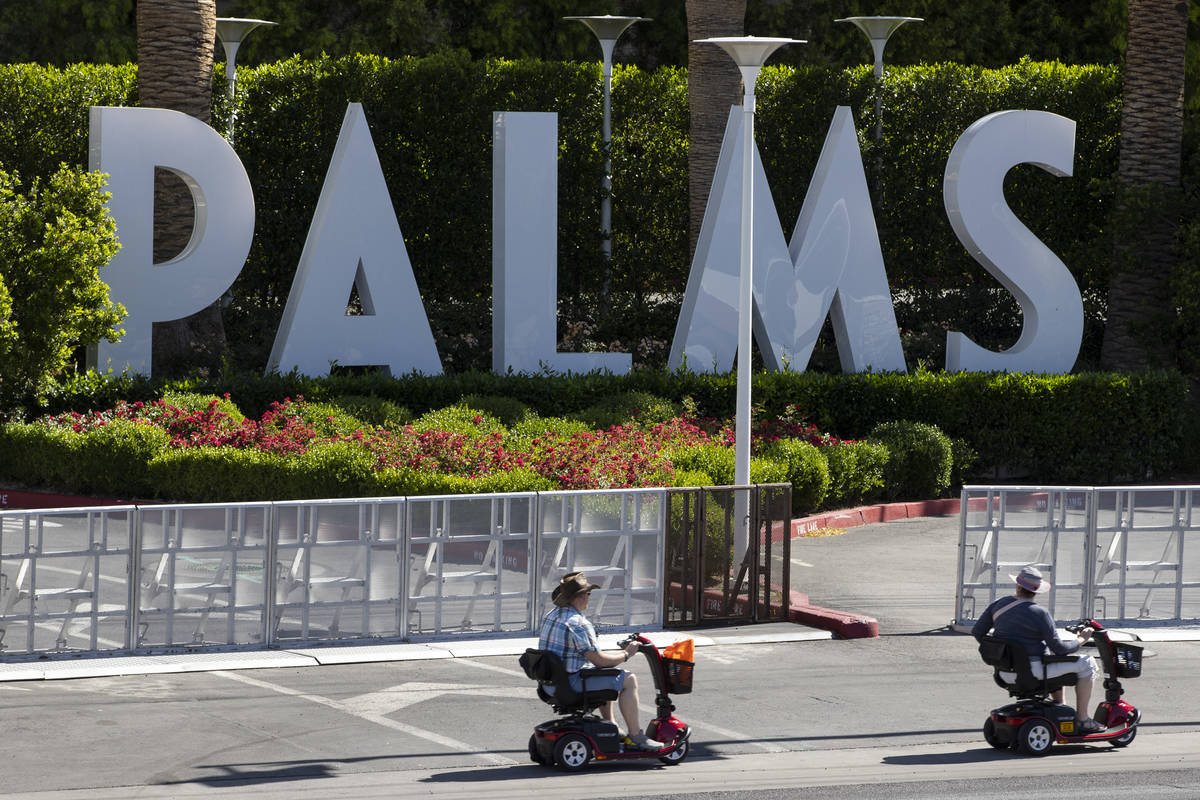 The Palms wasn’t for sale until the San Manuel Band of Mission Indians came calling.

Now Red Rock Resorts is selling the Palms to the San Manuel tribe for $650 million, or $40 million less than the company paid to renovate the 700-room, 19-year-old property.

The gaming company and tribe announced the deal Tuesday, nearly five years to the day Red Rock Resorts struck a deal to buy the Palms from the Maloof family in 2016 for $312.5 million.

“We are incredibly proud of how we transformed this iconic property,” Red Rock Resorts Executive Vice President and Chief Financial Officer Stephen Cootey said Tuesday. “We determined that the sale of the property is the best way to create shareholder value and enables us to emerge from a pandemic on a more accelerated timeline.”

For Red Rock Resorts, the parent company of Station Casinos, the sale represents the end of an up-and-down five years with a hybrid tourist/locals property that stood out among the company’s many locals casinos, as well as a chance to double down on its locals-centric gaming ventures in the Las Vegas Valley.

For the San Manuel tribe, the sale realizes a yearslong goal of expanding beyond its flagship San Manuel Casino and into the Las Vegas gaming scene and diversifying its economic resources.

“Today represents an important step for the tribe and its long-term economic diversification strategy,” San Manuel Chairman Ken Ramirez said in a release announcing the transaction. “On behalf of the tribe, we are thankful for the opportunity to join a community that we have come to know and appreciate.”

The tribe will become the second tribal enterprise to enter the Las Vegas market this year after Mohegan Gaming and Entertainment, operators of the casino at Virgin Hotels Las Vegas, which opened in March.

“The Palms is a well-designed property which has been beautifully redeveloped and maintained by Red Rock Resorts,” San Manuel Gaming and Hospitality Authority Chairwoman Latisha Casas said in an emailed release. “Our board believes that the Palms is a casino resort that many of San Manuel Casino’s loyal guests would enjoy. We are excited to move forward with this transaction.”

The deal is expected to close later in 2021 and is subject to regulatory approvals and other closing conditions.

It includes Palms Place and restricts Red Rock Resorts from reopening the Palms, according to Securities and Exchange Commission filings. The sale price can increase by up to $28.5 million if Red Rock Resorts and the San Manuel tribe don’t close the deal within 18 months.

The Palms has been closed since March 2020 when the coronavirus pandemic resulted in casino closures across the state for 78 days. Located a little over a mile west of Interstate 15 on Flamingo Road, the resort includes a 94,840-square-foot casino, multiple casual and upscale dining options, meeting and convention space, a 2,500-seat theater, pool and spa, other amenities and the Palms Place condominiums.

The Palms underwent $690 million in renovations and held a grand reopening in April 2019. But the property’s pièce de résistance, Kaos nightclub, closed Nov. 5, 2019, just seven months after its ballyhooed opening.

The Palms, like other casinos, was shuttered during the statewide shutdown and stayed closed. In February, Station Casinos president Frank Fertitta III told investors that Palms would reopen when its tourist customer base returns. At the time, Fertitta told investors that the company sees a “light at the end of the tunnel” with vaccine rollouts and at-the-time declines in COVID-19 cases.

Station Casinos CEO Frank Fertitta III dismissed the idea last May when discussing plans to reopen all but four of the company’s properties, including the Palms. Station Casinos would instead reopen the off-Strip resort from pandemic closures based on demand trends, he said.

“First, we can dispel the rumors that the Palms is for sale,” Fertitta told investors during a first-quarter earnings call May 19, 2020. “That is a rumor. It’s not correct.”

A sale “wasn’t something we were contemplating pre-COVID,” his brother, Lorenzo Fertitta, director of Station parent company Red Rock Resorts, told investors a year later on a Tuesday earnings call. The pandemic prompted the company to reassess its entire business, “top to bottom.”

The company invested too much money and focus into nightlife and daylife at the Palms at a time when there was plenty of competition in the Las Vegas Valley, he said. There were “probably too many players in the market” at that point, and the market wasn’t really growing, he said. “And I think we missed that.”

No strangers to Las Vegas

It was a historic milestone day for the San Manuel Band of Mission Indians, according to San Manuel CEO Laurens Vosloo.

The tribe had considered entering the Las Vegas market for the past two or three years and has looked for economic diversification opportunities for the last couple decades, he said. Las Vegas is about a four-hour drive from the San Manuel Casino in Hillside, California, and many of the casino’s guests already visit Las Vegas.

“We thought it’s a natural and a good fit for us to have an asset there that we can send our customers to contribute to that economy and be part of the Las Vegas community,” Vosloo said Tuesday.

The tribe knows the community well, thanks to sponsorship deals with the Vegas Golden Knights, Allegiant Stadium and the Las Vegas Raiders. The tribe also presented a $9 million combined gift to UNLV’s William F. Harrah College of Hospitality and Boyd Law School — its largest out-of-state philanthropic gift to an educational or health care institution.

Over the past four months, the tribe has donated $250,000 across eight Las Vegas charities: the Public Education Foundation, the Mayor’s Fund for Las Vegas LIFE, Catholic Charities of Southern Nevada, The Shade Tree, Noah’s Animal House, Make-A-Wish of Southern Nevada, Nevada Public Radio and The Smith Center for the Performing Arts.

Gaming analyst Chris Grove said he expects the Strip and nearby areas to “de-consolidate” in the near future and tribal gaming to be a “material component of the next wave of Las Vegas casino ownership.”

“San Manuel has long been one of a short list of elite tribal casino operators thought to have the ambition, financial wherewithal, and operational chops to execute on a Las Vegas opportunity,” said Grove, with Irvine, California-based Eilers & Krejcik Gaming.

The tribe owns and operates one of Southern California’s most successful casinos, the San Manuel Casino in Highland, California, about 70 miles east of Los Angeles.

The San Manuel Casino, which opened in 1986, is a top-10 private employer in San Bernardino County with more than 4,900 team members.

The tribe temporarily closed its casino on March 15, 2020, because of the coronavirus pandemic, but it has since reopened.

New York-based gaming analyst Joe Greff of J.P. Morgan called the announcement “a big positive (that) enhances equity value and meaningfully improves the balance sheet,” particularly as the Palms is “an asset for which we, and most investors we think, gave zero value.”

“We would assume the net proceeds get deployed into net debt reduction (as opposed to incremental project capex or immediately into new development such as Durango, though we can see this more medium-term),” Greff said in a report to investors issued Tuesday.

“The deal is notable as we think the Street had ascribed limited value to the property given its recent challenges and post-COVID closure,” the note said.

He also said, “We are positive on the sale as we think it helps clean up the story while $650M (or $5.50/share) in proceeds (plus reduced ongoing burn) should be entirely additive to the story.”