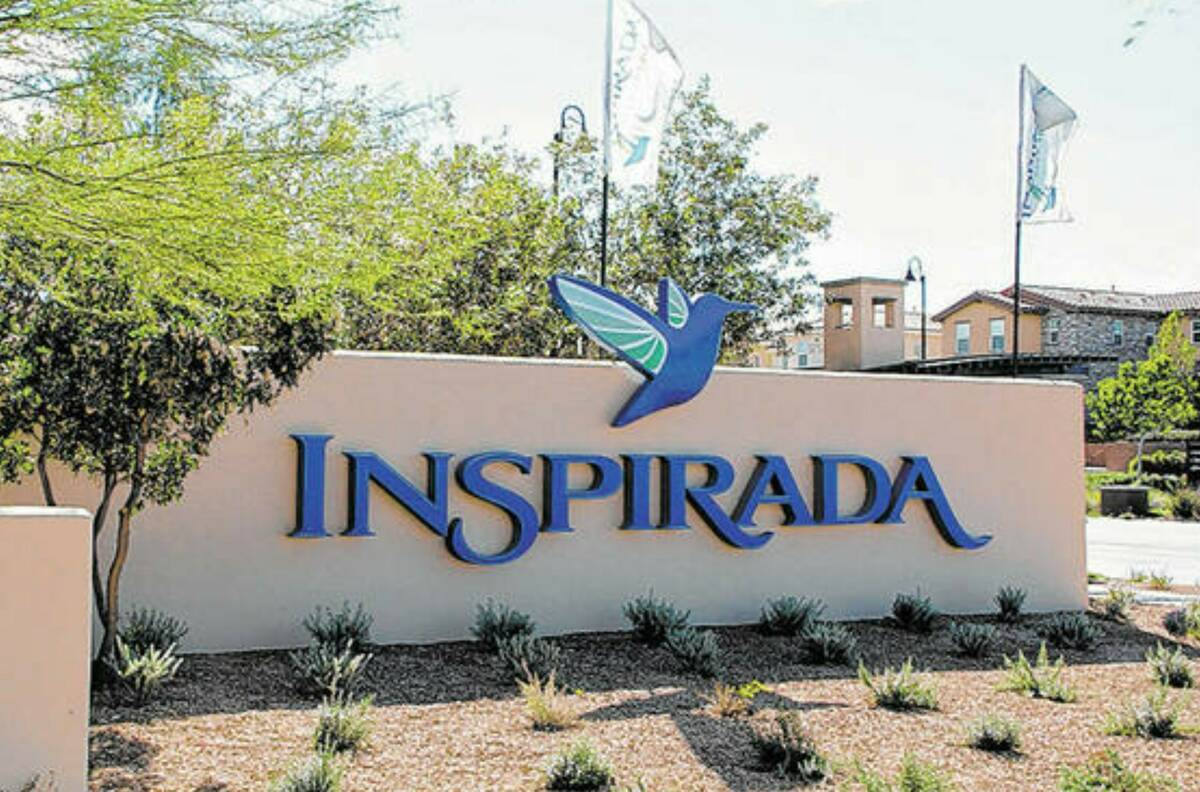 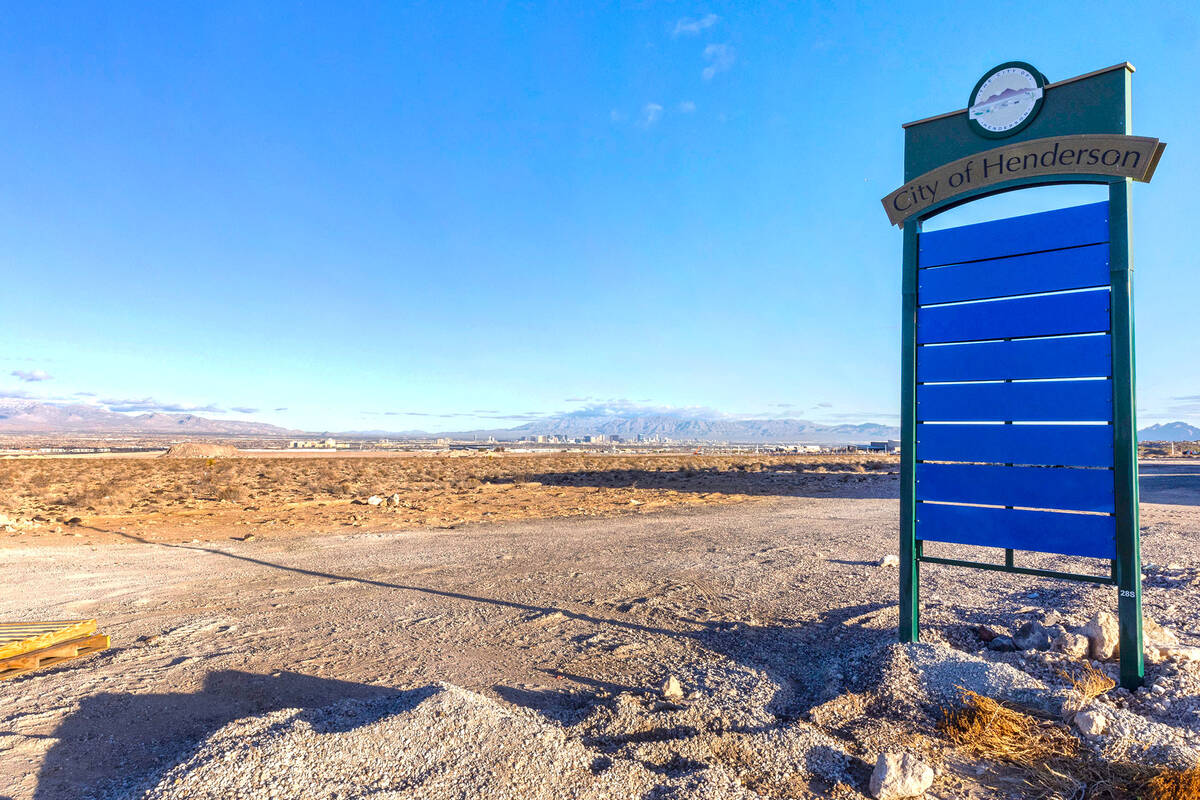 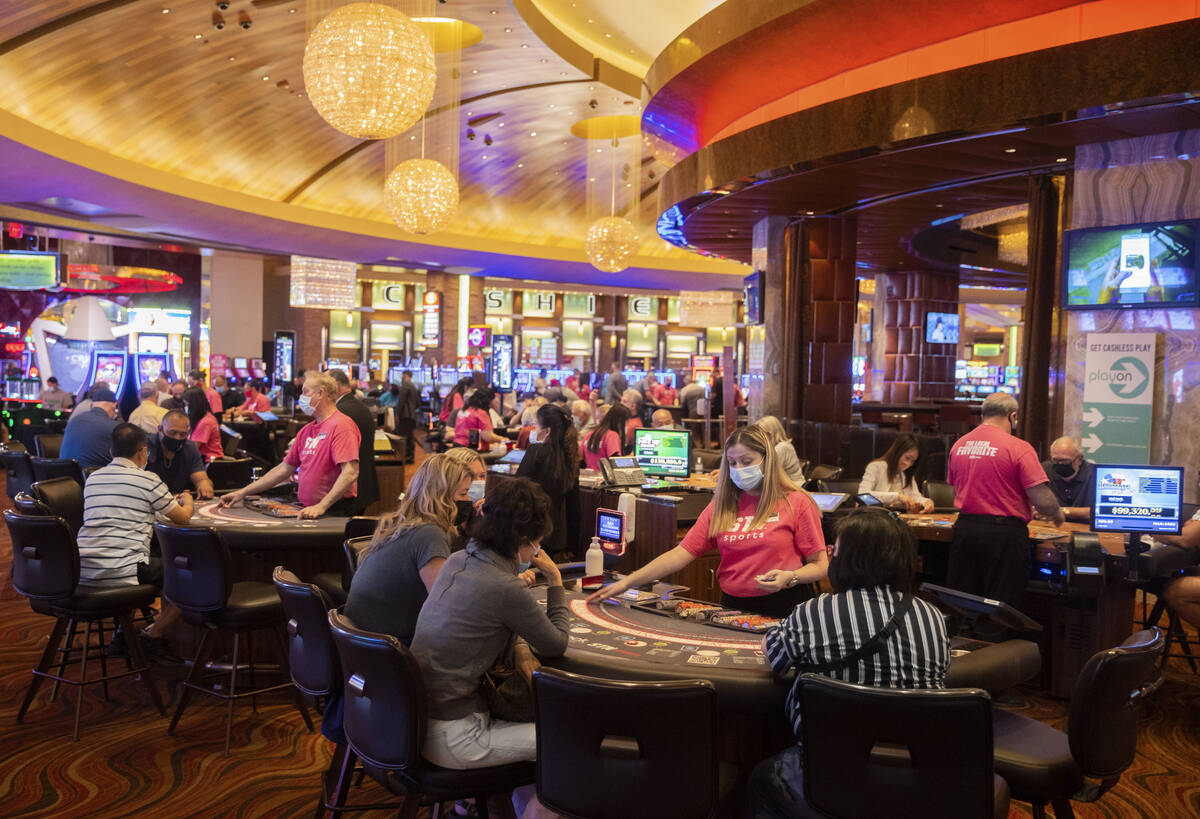 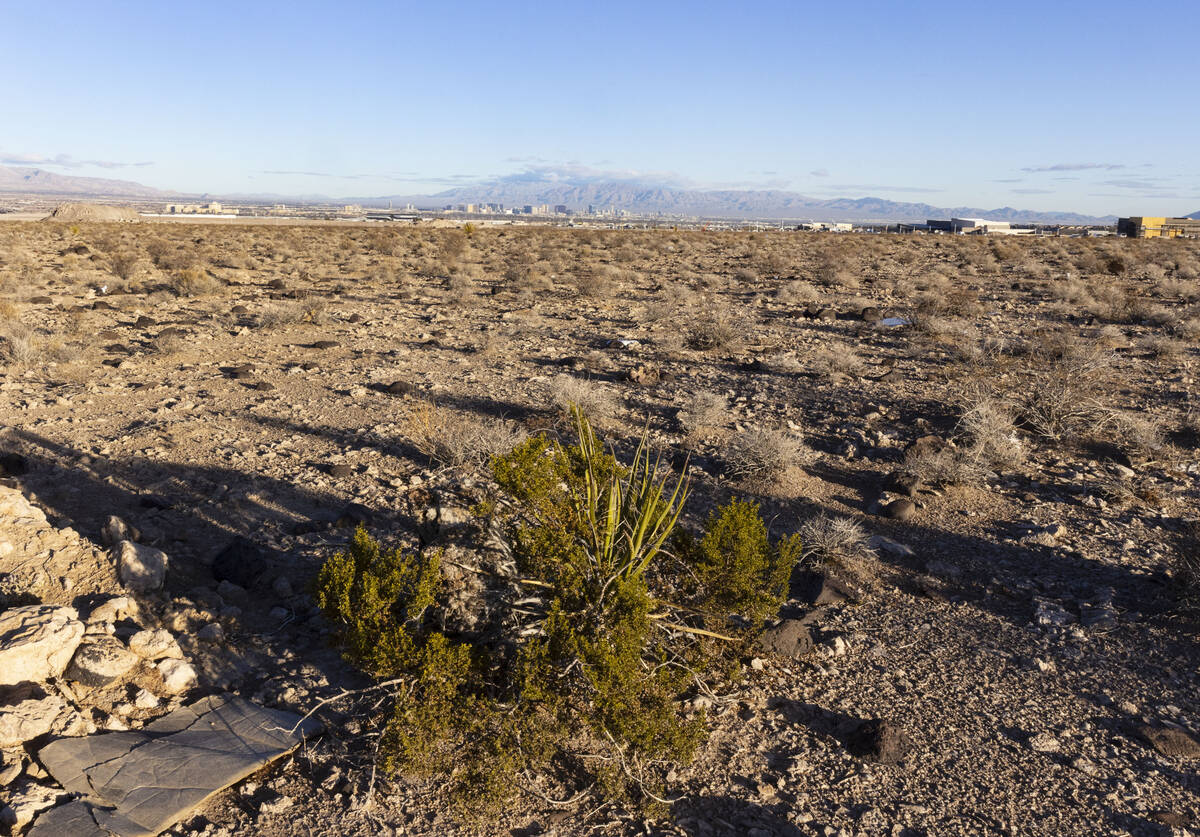 A vacant land where Station Casinos plans to build a 600-room resort at west of the Via Inspirada/Bicentennial Parkway is seen, on Tuesday, Dec. 13, 2022, in Henderson. (Bizuayehu Tesfaye Las Vegas Review-Journal) @btesfaye 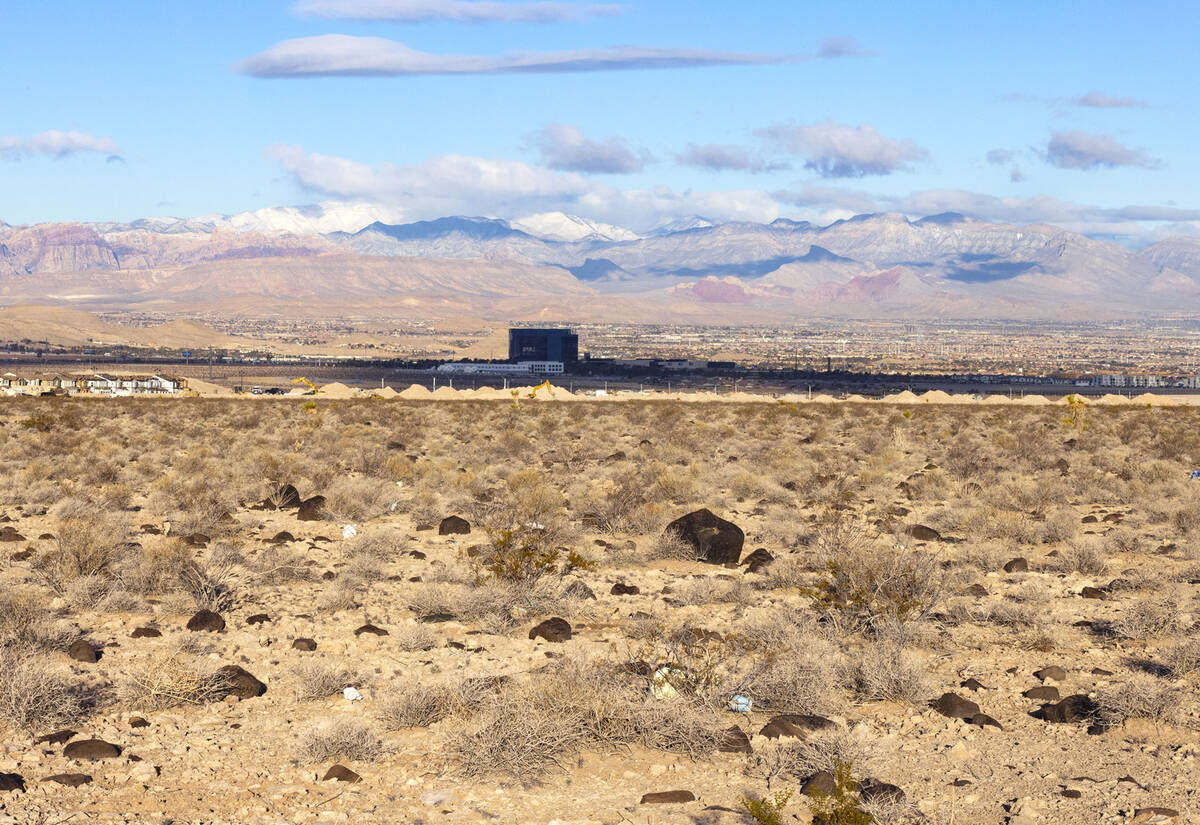 M Resort Spa Casino, center, is seen from a vacant land where Station Casinos plans to build a 600-room resort at west of the Via Inspirada/Bicentennial Parkway, on Tuesday, Dec. 13, 2022, in Henderson. (Bizuayehu Tesfaye Las Vegas Review-Journal) @btesfaye 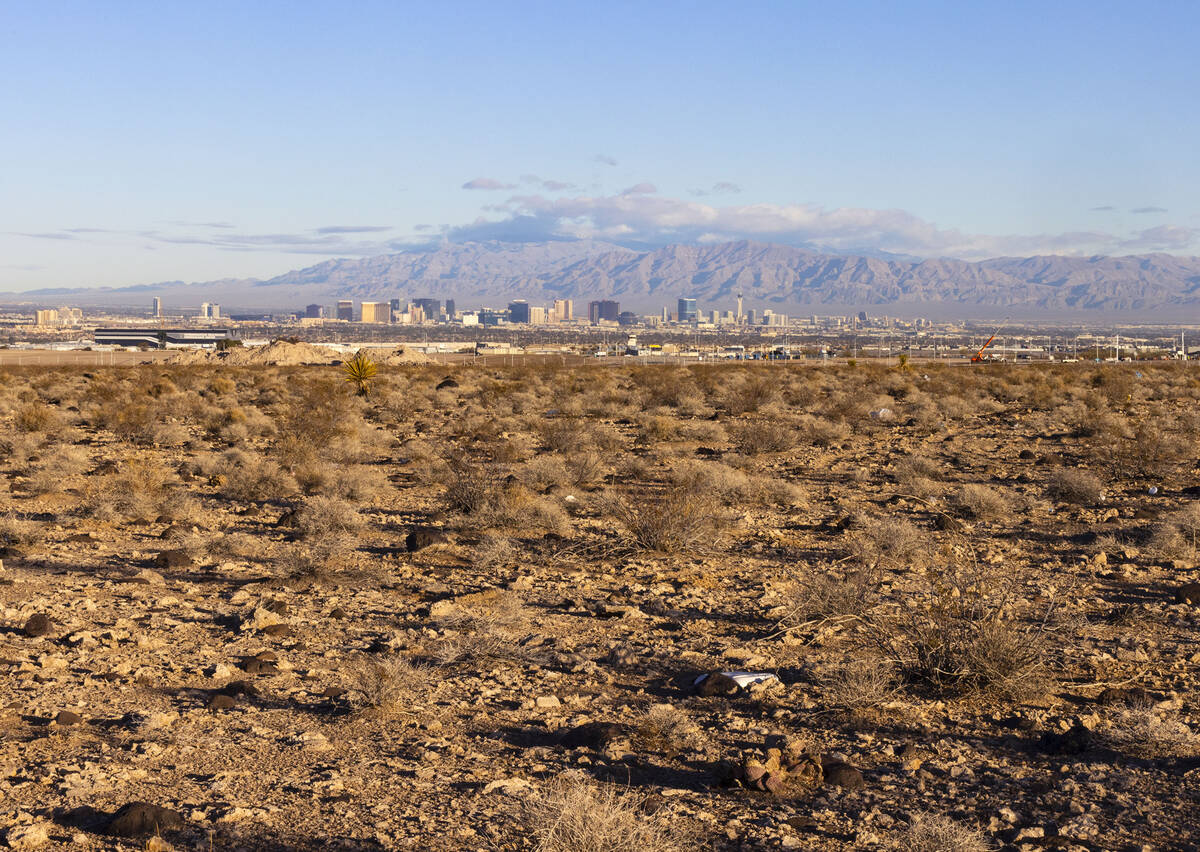 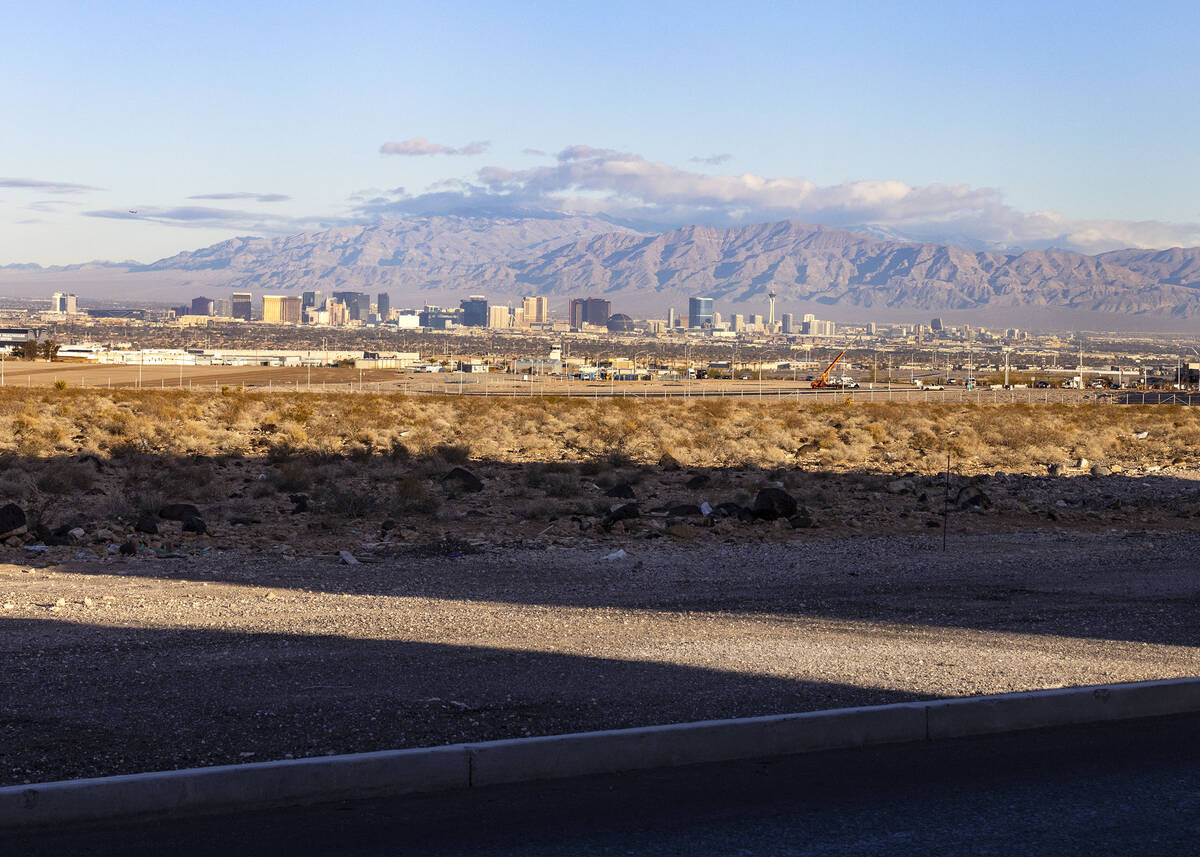 Station Casinos has outlined plans for a new resort on land it’s owned for years at the southern edge of the valley, as it also looks to double its presence in Southern Nevada.

The locals-focused casino chain aims to build a 600-room project in Henderson’s Inspirada community that would feature an 80,000-square-foot casino floor and 30,000 square feet of meeting space. It would also include restaurants, a bowling alley and a movie theater.

Scott Kreeger, president of Station parent Red Rock Resorts, provided these details in a letter dated Sept. 19 to the city of Henderson, saying the project would provide a similar “customer experience” as two other Station properties: Red Rock Resort in Summerlin and Green Valley Ranch Resort in Henderson.

Las Vegas-based Station would develop the project in three phases and hopes to start construction in January 2024, according to the filing with the city.

The letter was part of the company’s bid to buy a city-owned plot of land adjacent to its 45-acre casino site. In early October, the Henderson City Council accepted Station’s $1.75 million offer for the 3.76-acre property.

The council is scheduled Tuesday to consider a purchase and sale agreement and escrow instructions for the transaction.

Station, which owns big tracts of real estate scattered around the Las Vegas Valley that are essentially in storage for future casinos, has set out to overhaul its presence in the region.

It is building a $750 million resort in the southwest valley called Durango and has said it’s working on plans for other big plots of land, with the goal of doubling its portfolio by 2030. This month, it purchased 67 acres in North Las Vegas for $55 million, after it secured approvals for a 600-room hotel project on the site.

Station has owned other tracts of land for much longer. For instance, it acquired the Durango site more than 20 years ago, and property records indicate it purchased the Inspirada site in 2007.

The company hasn’t formally announced when and where its next resort will be built after Durango, but at least for now, Inspirada appears to be a front-runner.

Kreeger, in an interview with the Review-Journal in late September, indicated that after Durango opens, the company would look at economic conditions and demographics when deciding which project it pursues next.

He also cited some areas where Station owns big tracts of land, including Inspirada and Skye Canyon in the upper northwest valley.

“So whether that’s Inspirada first and Skye Canyon second, or whether we decide to do that simultaneously, there’s quite a few factors. … that could go into that formula,” he said at the time. “But the good news is we’re positioning ourselves to have optionality and flexibility and be ready to do that as soon as Durango comes online.”

Station also announced this summer it would tear down three hotels that had been closed since the onset of the pandemic — Fiesta Henderson, Fiesta Rancho and Texas Station — and sell the sites. It later unveiled plans to demolish the Wild Wild West hotel-casino near the Strip and redevelop the property.

It recently sold 21 acres next to the Durango project for nearly $24 million to an apartment developer. Additionally, the Henderson City Council is scheduled Tuesday to consider plans to buy the 35-acre former Fiesta Henderson site from Station for $32 million.

Work crews recently demolished the hotel. As of Sunday, the Fiesta’s parking garage was still standing, at the city’s request.

Henderson officials are considering building an indoor recreational sports facility on the site.