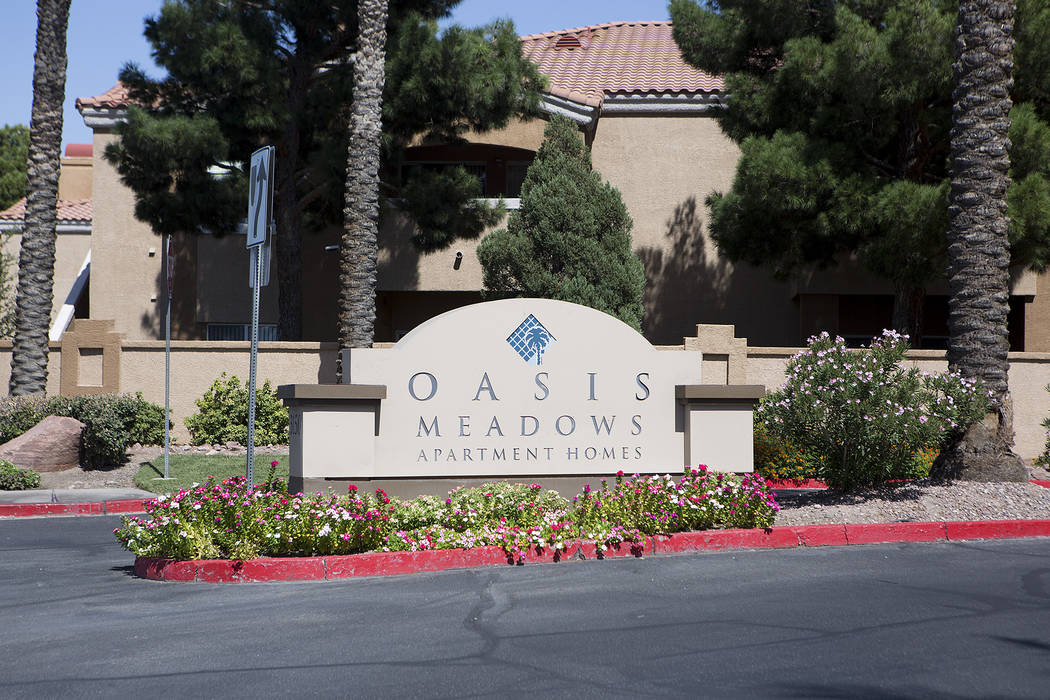 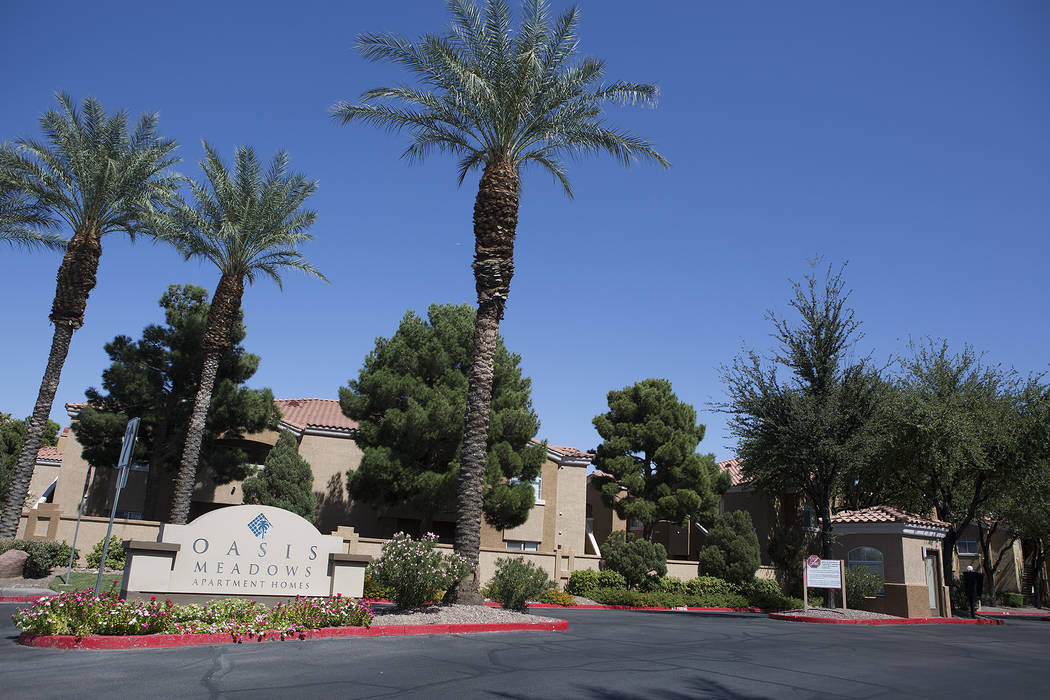 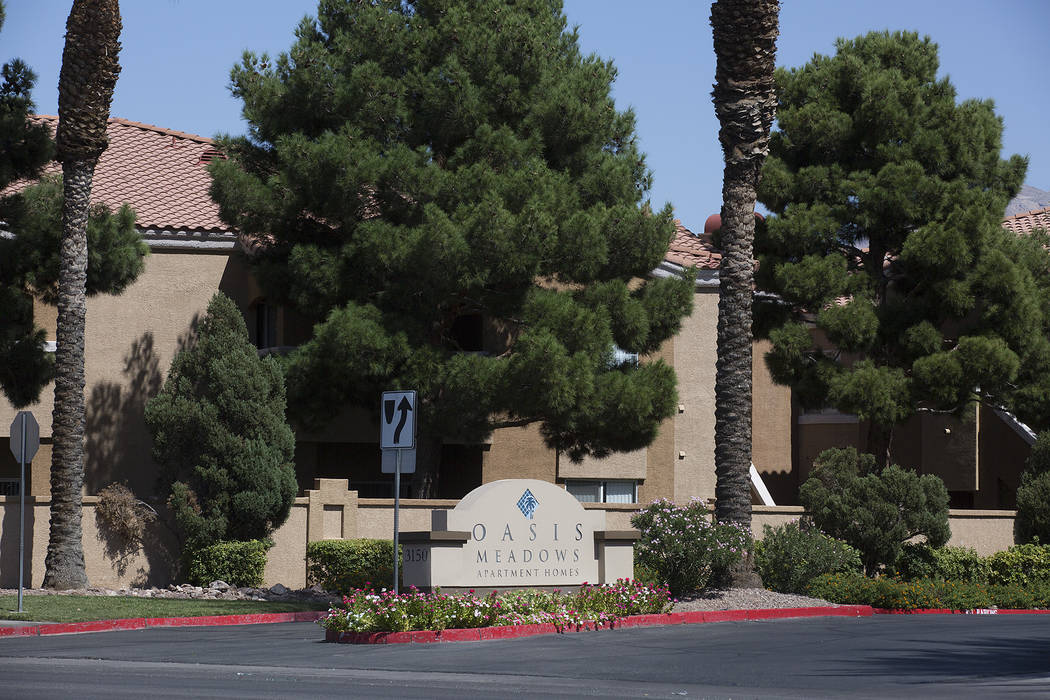 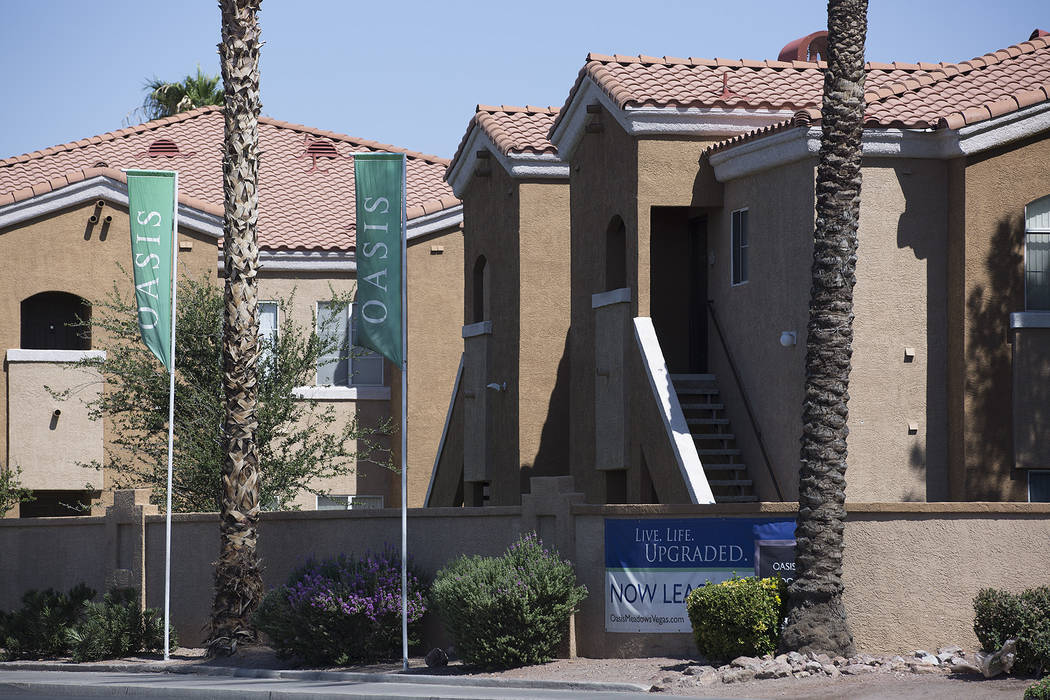 Bridge Investment Group picked up rental properties on Nellis Boulevard and Bonanza Road in east Las Vegas, one on Charleston Boulevard just east of Fremont Street and others off Maryland Parkway near UNLV.

The total price came to $129 million, property records show. The sales, by The Wolff Co., closed Sept. 1 and 5.

Las Vegas’ apartment market has heated up in recent years with increased development, higher rents, shrinking vacancies and landlords’ rising purchase prices. Almost all of the construction has been in the suburbs, especially the southwest valley and Henderson, but Bridge’s purchase shows investors are making bets in other neighborhoods as well.

Bridge has $7.8 billion in assets under management, with a portfolio that includes 29,000 multifamily units, according to its website.

In a statement to the Las Vegas Review-Journal, Morse said the firm liked that the majority of its newly acquired units in Las Vegas “had not been renovated” and common areas were “well-positioned for a ‘Bridge’ quality improvement.”

Las Vegas was one of the hardest-hit areas of the country during the recession, and Morse said it’s “the last major market to fully recover from the downturn.” The valley has only recently “approached” peak rents, she said, and Bridge expects rates to keep climbing amid the region’s job growth.

Morse also said east Las Vegas “has very little new supply planned” — or new competition coming out of the ground — and is close to all major employers.

Scottsdale, Arizona-based Wolff had acquired the properties as part of a bulk purchase in 2013, but it’s not leaving Las Vegas. It’s developing Fremont9, a five-story apartment complex in downtown Las Vegas, as part of Zappos CEO Tony Hsieh’s Downtown Project.

Locally, there have been other bulk sales the past few years. The Blackstone Group, a New York investment giant, bought three apartment complexes in May from developer Nevada West Partners for $170 million.

Los Angeles-based TruAmerica Multifamily bought three properties in September 2016 from Wolff for $83.5 million. Also, Houston’s Camden Property Trust announced in April 2016 that it sold 15 apartment complexes, a retail center and about 20 acres of land for $630 million. It was said to be the most lucrative Las Vegas apartment deal in memory.

The buyers were The Bascom Group and Oaktree Capital Management, both of Southern California.