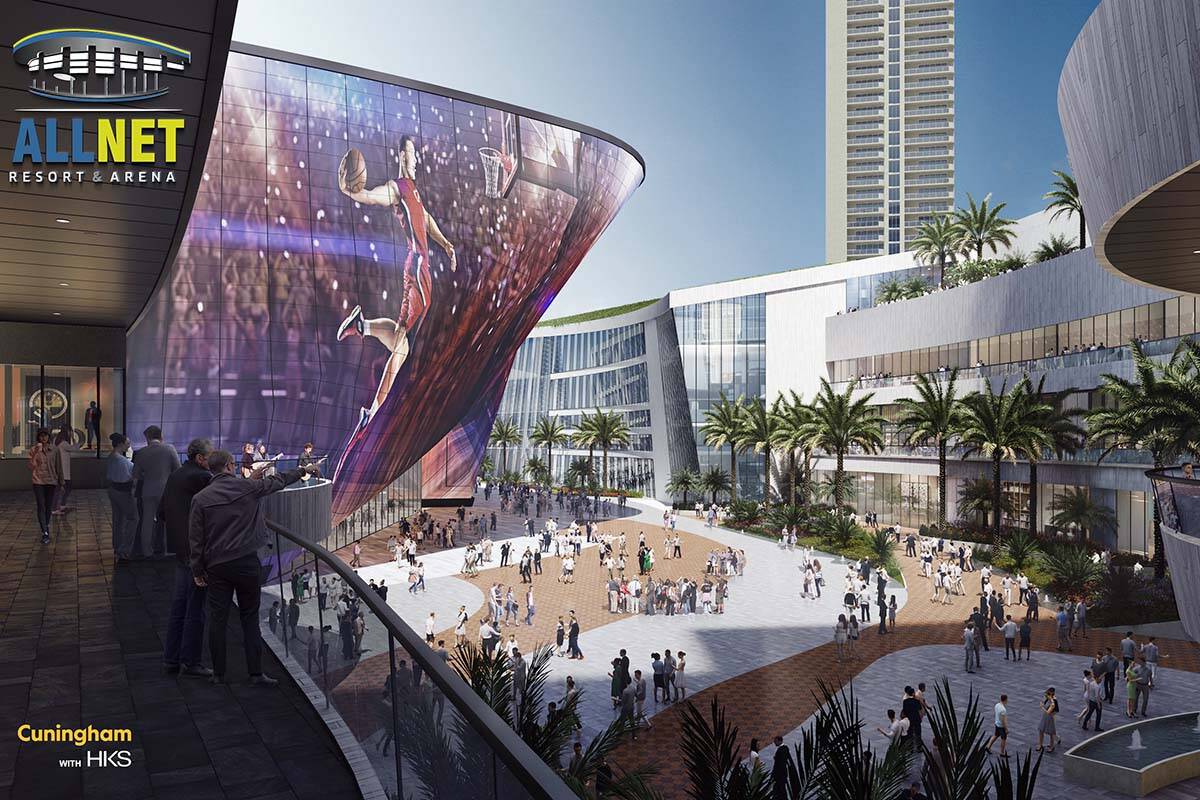 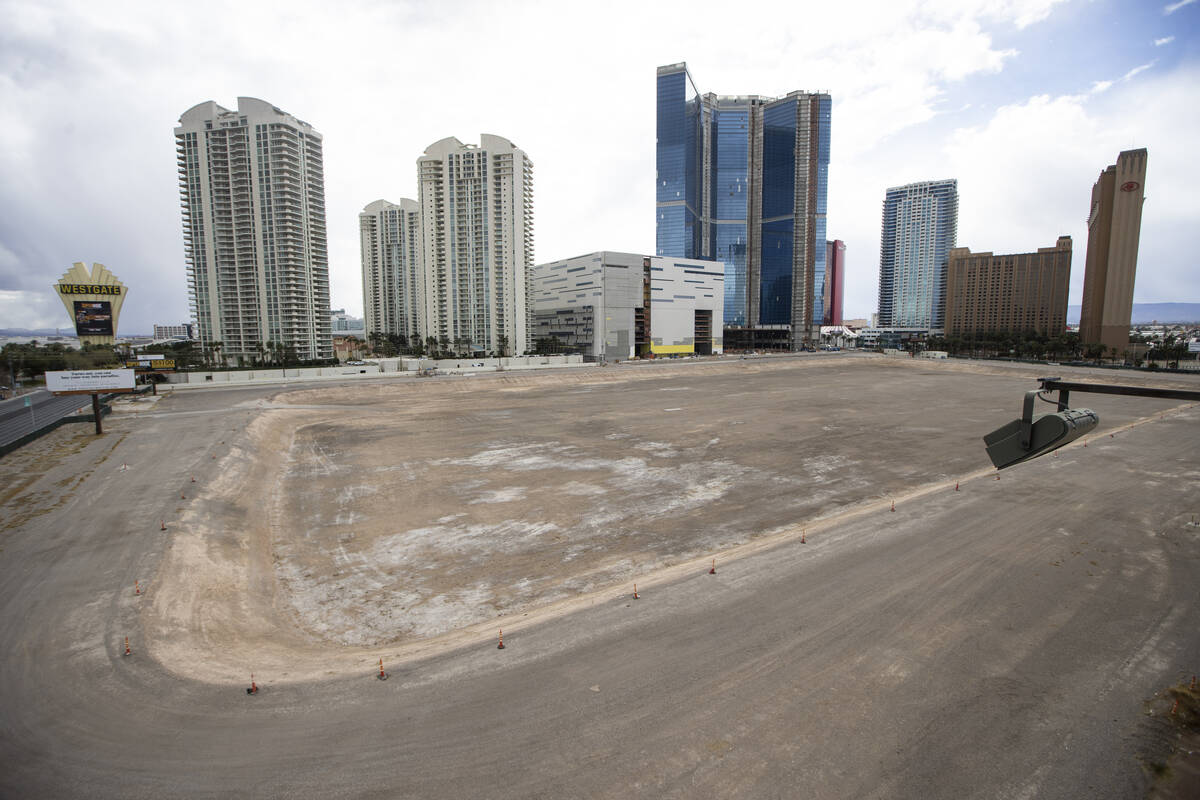 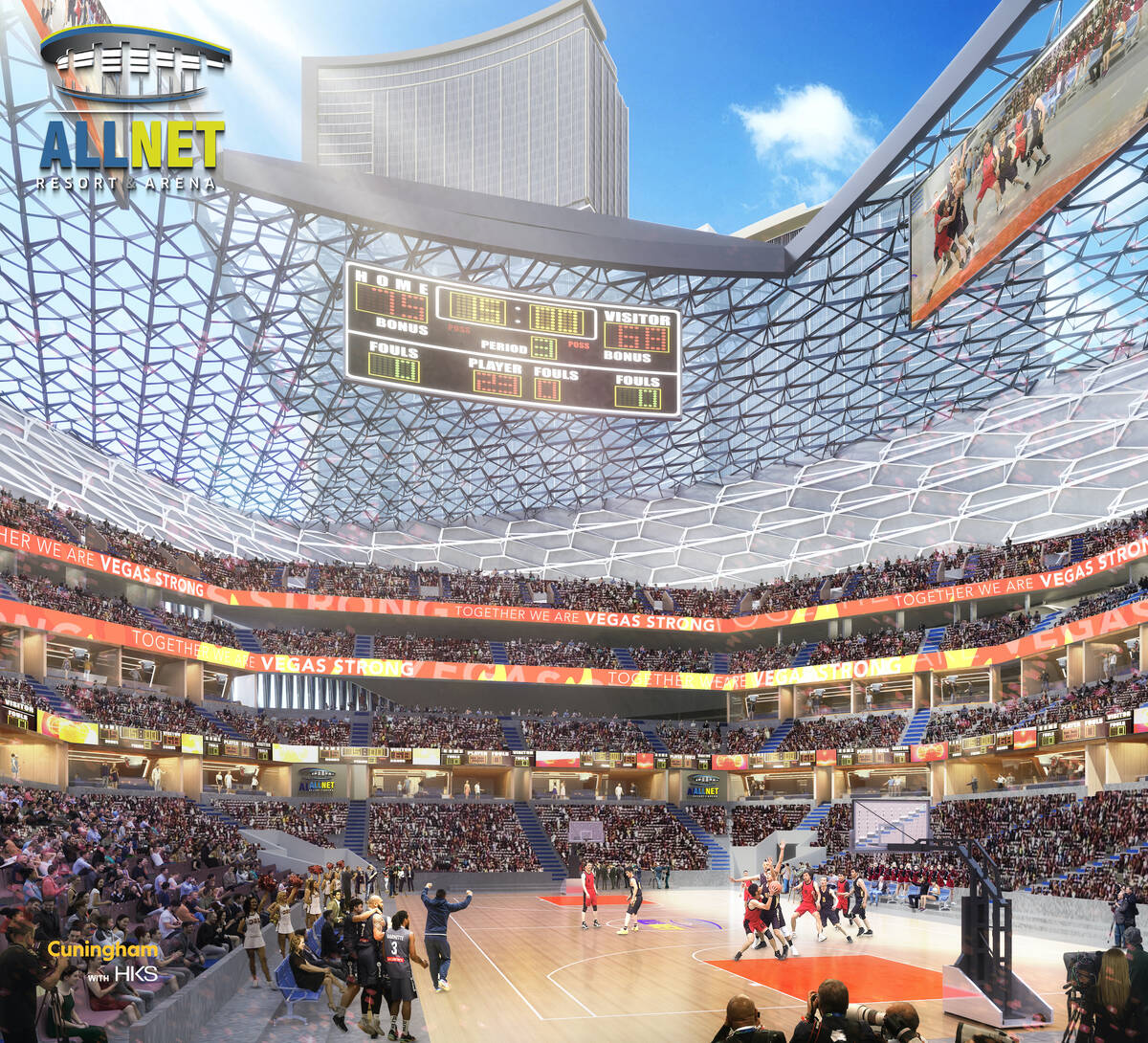 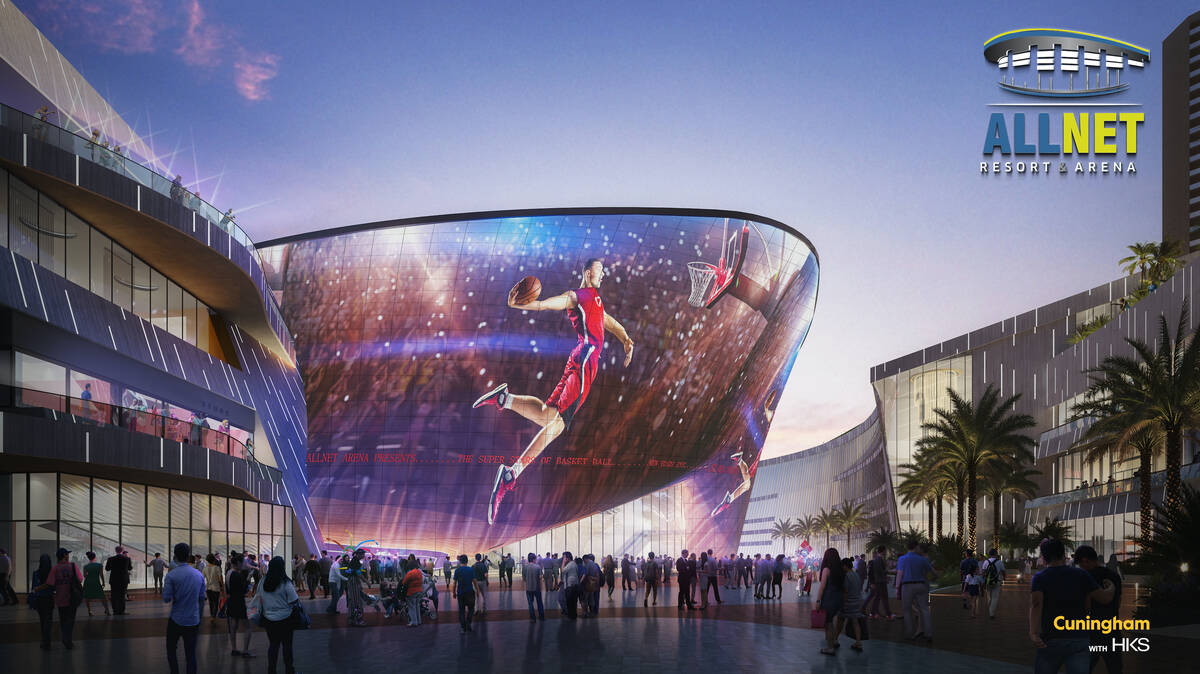 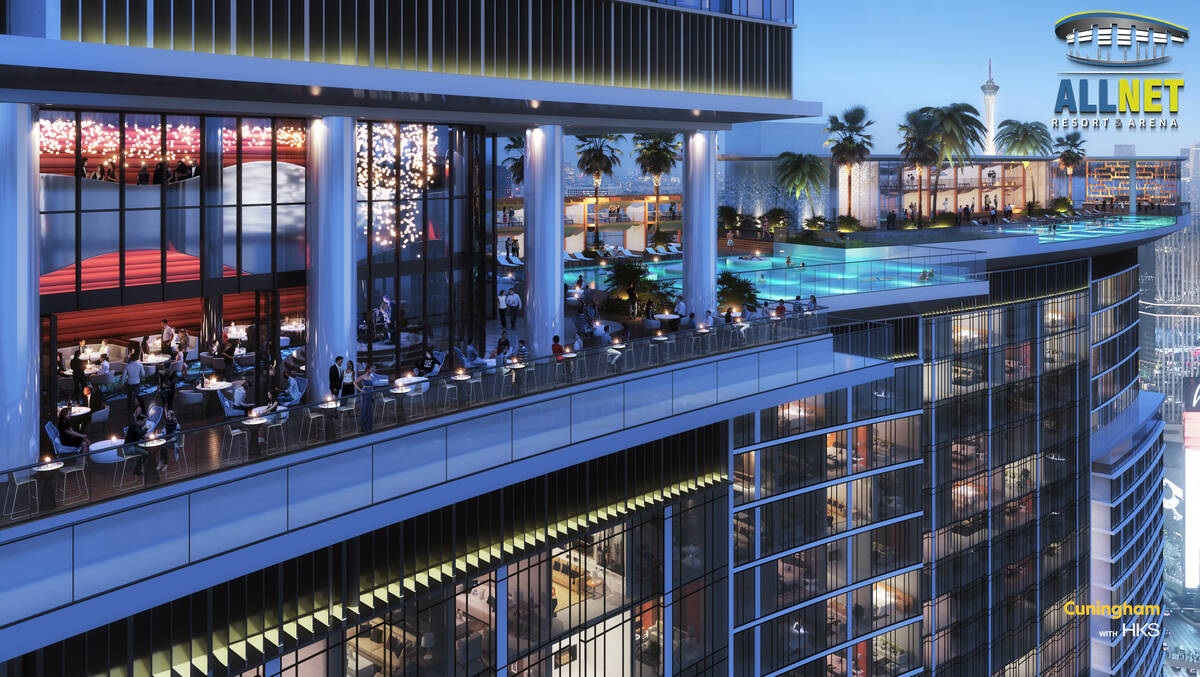 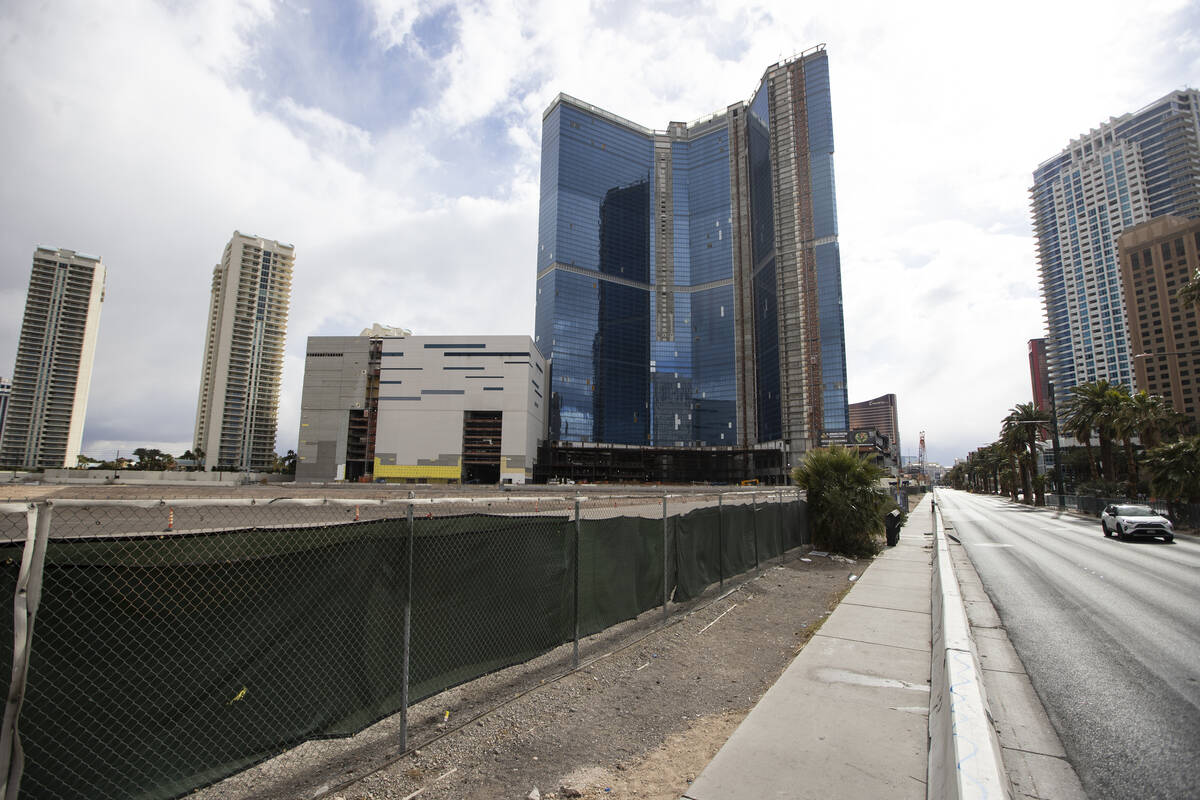 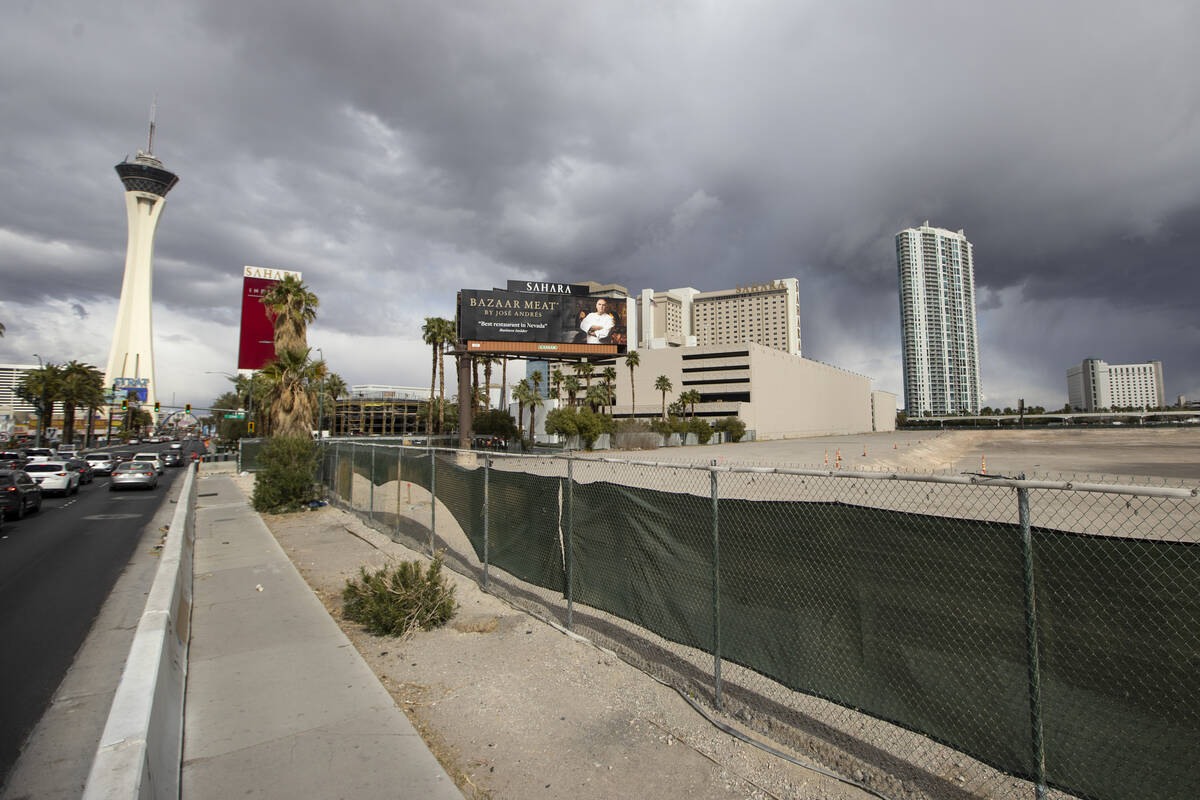 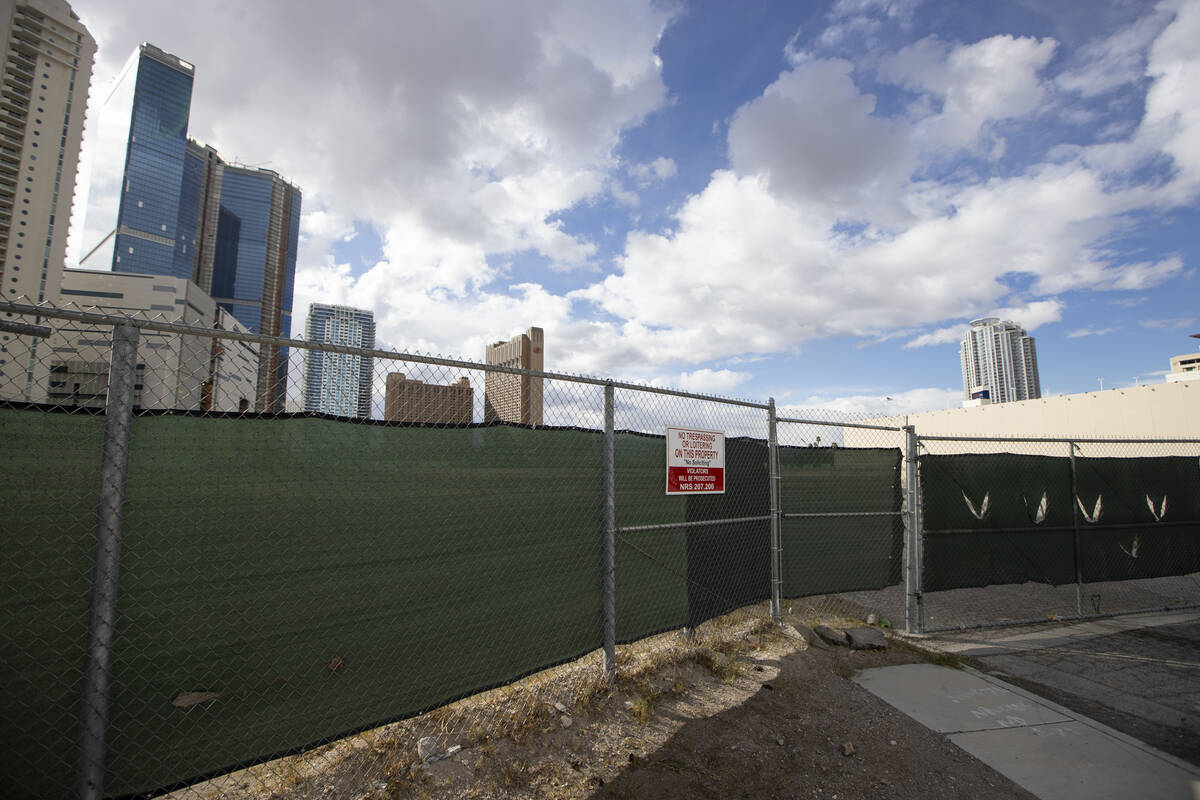 A multibillion-dollar funding package was unveiled this week for former NBA player Jackie Robinson’s arena and hotel project, a long-sought venture on the north Strip that has seen other financing plans come and go.

Active Capital Holdings executive trustee Arthur “AJ” Lewis told a gathering Tuesday night at Las Vegas’ upscale Stirling Club that he was there “to support the event, to support the project and to formally let Jackie know that we are going to finance the project,” an announcement that drew cheers and applause.

“I’m really appreciative to be here tonight, I’m honored,” Lewis said. “And Jackie, you have the money, buddy.”

In an interview afterward with the Review-Journal, Lewis said that the funding package for Robinson’s All Net Resort & Arena totals just over $4.7 billion, and that he expects the deal to close by the end of this week or early next week.

Lewis said that he does not have to raise money for the transaction, that his group is the source of the funds, and that it has made an investment this large before.

He first unveiled his project plans more than eight years ago. Its proposed size and expected price have since grown substantially.

It will now cost $4.2 billion, according to Robinson, whose partially excavated project site has been a giant hole in the ground for more than four years.

Robinson, 66, said Wednesday that he aims to resume construction in June or July and that his group has already spent about $40 million on the venture.

‘Time to fish or cut bait’

Robinson, who played basketball for UNLV in the 1970s, initially unveiled plans in December 2013 to build an arena and a luxury hotel on the 27-acre site, saying the project was slated to cost $1.3 billion and open in late 2016.

County commissioners approved a big expansion of his plans in October 2017, but the project has shown no further progress beyond the initial excavation.

After receiving complaints of accumulated rainwater at the property, the Southern Nevada Health District set traps in 2019 and captured more than 150 mosquitoes, a district spokeswoman previously confirmed.

At the hearing, Commissioner Tick Segerblom, whose district includes the project site, said that it was “time to fish or cut bait,” that the panel was giving Robinson his “last six months” and that if the developer didn’t file the paperwork in time, “it’s over.”

“We greatly appreciate the opportunity,” he told commissioners before the vote. “We don’t take it for granted.”

Robinson has outlined other financing plans for his project over the years.

Early on, he hired investment banking firm SL Hare Capital to obtain project funds, but the two sides ended up fighting in court.

When the county approved his expansion plans, Robinson told the Review-Journal that his financing was “signed, done, sealed, delivered,” and that he expected to finish construction by spring 2020.

He named Credit Suisse as his lender. The Swiss banking giant declined to comment at the time.

Then in 2018, Robinson told the Review-Journal that his group had signed a $3 billion loan agreement with the International Bank of Qatar. He indicated the funds hadn’t been transferred because of background checks on the source of the money.

The bank did not respond to requests for comment at the time.

Robinson appeared before the County Commission in spring 2019 and outlined how he would pay for the stalled project. He described a complex plan involving money in Qatar, people in Zurich, central banks in Europe and the U.S., lines of credit, funds moving from one bank to another, and state of Nevada revenue bonds.

That summer, he told the Review-Journal he was in the “final stages” of his loan and had the ability to “complete the project in full.”

At the event Tuesday, Robinson said his prior financing was “all done” but there was a now-settled dispute. He did not provide details and indicated he is under nondisclosure agreements.

Quest Crypto CEO J. Christian Barlow, whose Utah-based cryptocurrency firm is now involved with Robinson’s project, told the gathering Tuesday that everyone there understands what it’s like to have a goal and to work toward it.

In boxing, he added, when someone is in the ring “taking hits … getting their teeth knocked out … getting their nose bloodied,” people who are truly dedicated will get up.

Before Lewis announced the financing, the Review-Journal asked Robinson what he would tell people who believe his long-planned project will never happen and question whether the new financing effort is different from the past.

“I don’t worry about what other people say,” he replied.