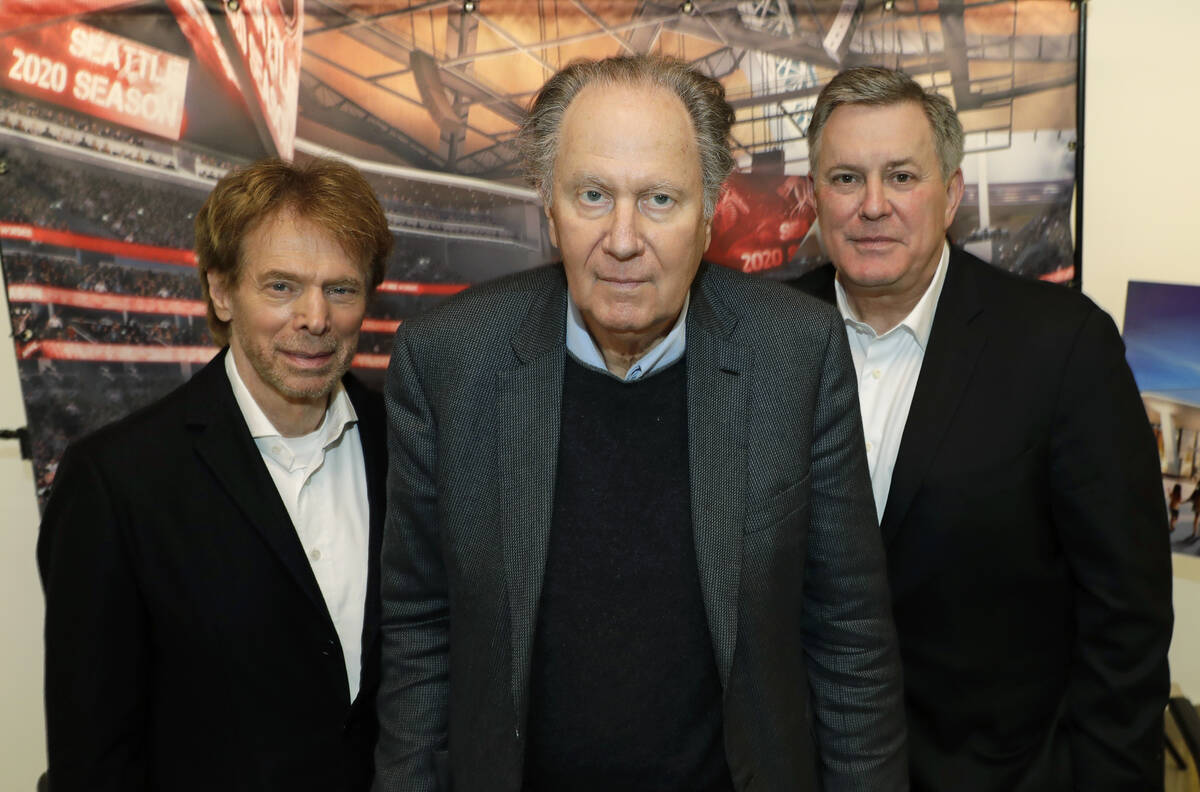 A global venue development group is looking to build a $3 billion project centered around a $1 billion, 20,000-seat arena and entertainment district located just south of the Las Vegas Strip.

Oak View Group, a sports entertainment venue development, advisory and investment firm, plans to break ground next year on the privately financed project, which is slated to be built on 25 acres of land near the corner of Las Vegas Boulevard and Blue Diamond Road. Tentative plans call for the project to be completed no later than 2026.

The land is part of 66 acres purchased in February by Blue Diamond Acquisition RE 2022 LLC for almost $99 million, according to Clark County records. Oak View Group is not in control of the other 41 acres.

In addition to the arena and entertainment district, the project plans include a hotel, casino and an amphitheater. Oak View Group would be responsible for operating the arena and it would bring in a gaming partner to operate the planned hotel-casino.

“South of the Las Vegas Strip represents one of the few areas of potential future growth of the gaming and entertainment corridor,” said Tim Leiweke, CEO of Oak View Group. “This unprecedented project is an industry game-changer, and we will usher in the evolution of Las Vegas as the new entertainment and sports capital of the world.”

The site of the planned arena project is adjacent to the planned train station for Brightline’s high-speed rail that would link Las Vegas and Los Angeles. A group led by billionaire Wes Edens, co-CEO of Fortress Investment Group, who owns Brightline, is also looking at possibly building an MLS stadium on vacant land next to the proposed train station.

“If those two projects happen, I think it’s phenomenal,” Leiweke said. “We’re excited because it really builds something dynamic as a live entertainment zone that is connected directly to Southern California. Just a huge boon for not only Las Vegas and Nevada, obviously for our campus as well.”

The arena is planned to include suites and premium hospitality clubs and could host concerts, sporting events, family entertainment, conventions, large meetings, as well as award shows. Construction of the world-class arena is expected to generate thousands of permanent and temporary jobs.

There is no anchor sports team tied to the arena, though Leiweke said the company would be interested in pursuing an NBA franchise, if that opportunity arose.

“We would join the governor, Clark County and the business leaders and the tourism industry to aggressively pursue a franchise, should one become available,” he said. “But we’re under no belief, expectation or direction today that that’s imminent.”

“If they (the NBA) made a commitment to Vegas at some point in the future, this building will be built so that it would be spectacular for the NBA. Not just in the way that it operates, meeting and exceeding all their standards, but in a way economically it could generate revenue for an NBA team,” Leiweke added.

Former Raiders President Marc Badain partnered with Oak View Group to lead and consult on the arena project, working with Francesca Bodie, the company’s president of business development, who will oversee business transactions and operations.

“In the time I have spent in Las Vegas, I have been overwhelmed by both the entrepreneurial spirit and the willingness of its residents and leaders to embrace the innovation and vision that guides its future,” Badain said in a statement. “This project represents the next step in that exciting evolution.”

Oak View Group is no stranger to overseeing the development of event centers around the world.

It was behind the redevelopment and now operates Climate Pledge Arena at Seattle Center, where the NHL’s Seattle Kraken play. The group also partnered to build and operate UBS Arena in New York, the new home of the NHL’s New York Islanders. Both of those facilities opened last year.

Oak View Group is also set to open the newly built Moody Center next month in Austin, Texas. The 15,000-plus capacity arena will be home to the University of Texas’ men’s and women’s basketball teams and host live music and other events.

Leiweke has a long history in sports and arena development. He was president of the Denver Nuggets between 1991 and 1995, where he led efforts to get the franchise a new arena. After that, he was the CEO of arena operator AEG between 1996 and 2013. AEG is part owner of T-Mobile Arena with MGM Resorts and Bill Foley.

The Las Vegas arena and entertainment district — Oak View Group’s biggest project to date — is being designed by architecture firms Gensler and Populous. Populous was also the architect of record for T-Mobile Arena and responsible for its design. The project development will be spearheaded by Steve Collins, Oak View Group’s president of global venue development and special events.

“We are proud Oak View Group has chosen Nevada for its next and largest project,” Gov. Steve Sisolak said in a statement. “This newly proposed entertainment district in Las Vegas will help continue the state’s economic momentum and create thousands of jobs and greater prosperity for Nevadans. I look forward to seeing the many opportunities this creates in Las Vegas.”

The site’s location could make it easy for locals and visitors alike to access the arena, Leiweke noted. Interstate 15, the 215 Beltway and Las Vegas Boulevard are all accessible from the area. Harry Reid International Airport is also located just a few miles away.

“The team assembled has the track record and ability to bring another world-class venue to our world-class destination,” Michael Naft, Clark County commissioner said in a statement. “I welcome this next evolution for south Las Vegas Boulevard, the jobs this project will create, and the history that will be made by today’s news.”