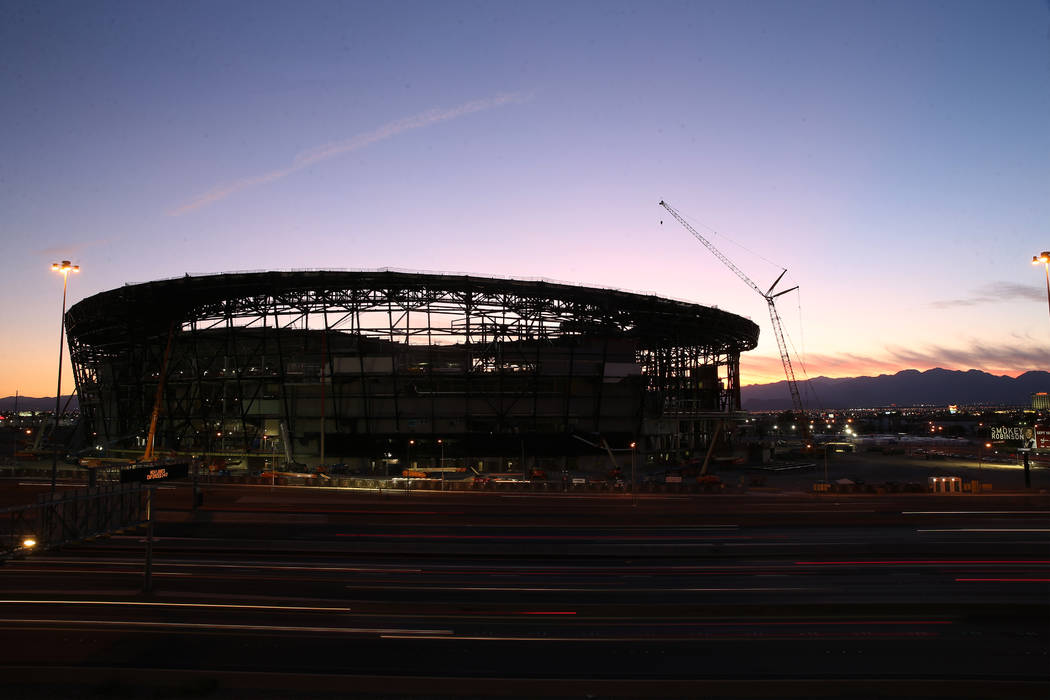 The construction budget for Allegiant Stadium is expected to climb to $2 billion and it has nothing to do with cost overruns.

Stadium Events Co. Chief Operating Officer Don Webb is expected Monday to update the authority board on budget adjustments resulting from new relationships with third parties that have become sponsors of the project.

Allegiant Travel Co. and Twitch are among the stadium’s founding partners.

The Raiders also are upping their equity stake from $930 million to $1.02 billion, thanks primarily to personal seat license sales that have been more successful than the team had projected.

Personal seat licenses are fees paid by individuals that give them the right to acquire season tickets every season.

The Raiders plan to invest the additional revenue in new premium seating and marketing, stadium furniture, fixtures and equipment and additional design, engineering and soft costs.

The public contribution of $750 million through bond proceeds and room-tax revenue remains unchanged.

Parking also will be on Monday’s agenda.

A fifth satellite parking lot for games and events at Allegiant Stadium will be reviewed by the authority board.

A lease and sublease to use about 19.2 acres belonging Clark County’s McCarran International Airport is on the authority’s agenda for the meeting beginning at 11:30 a.m. at the Clark County Government Center.

The land, an L-shaped collection of seven parcels near the northwest corner of Las Vegas Boulevard and Warm Springs Road, is just over 3 miles from the stadium, and includes space for more than 2,300 vehicles and an area for shuttle bus loading and unloading.

A year ago, the Raiders, who will begin playing their 2020 season home games at the stadium, announced a plan to shuttle fans to and from the 65,000-seat indoor venue from four parking lots up to 5 miles away.

The Clark County Department of Aviation would be paid $776,186 a year to use the land on a two-year renewable lease.

Webb is expected to update the authority board on construction that continues to be on schedule for substantial completion July 31.

A construction report issued to the board said the stadium’s opening event is expected to occur Aug. 16.

A major task in the project — the installation of the translucent roof — begins later this month with the elevation of a 100-cable net that will support the polymer ceiling.

Webb said the network of stainless-steel cables has been assembled on the stadium floor and will be slowly raised into place over several weeks.

MOST READ: Raiders
1
Raiders coach says no decision on Kaepernick has been made