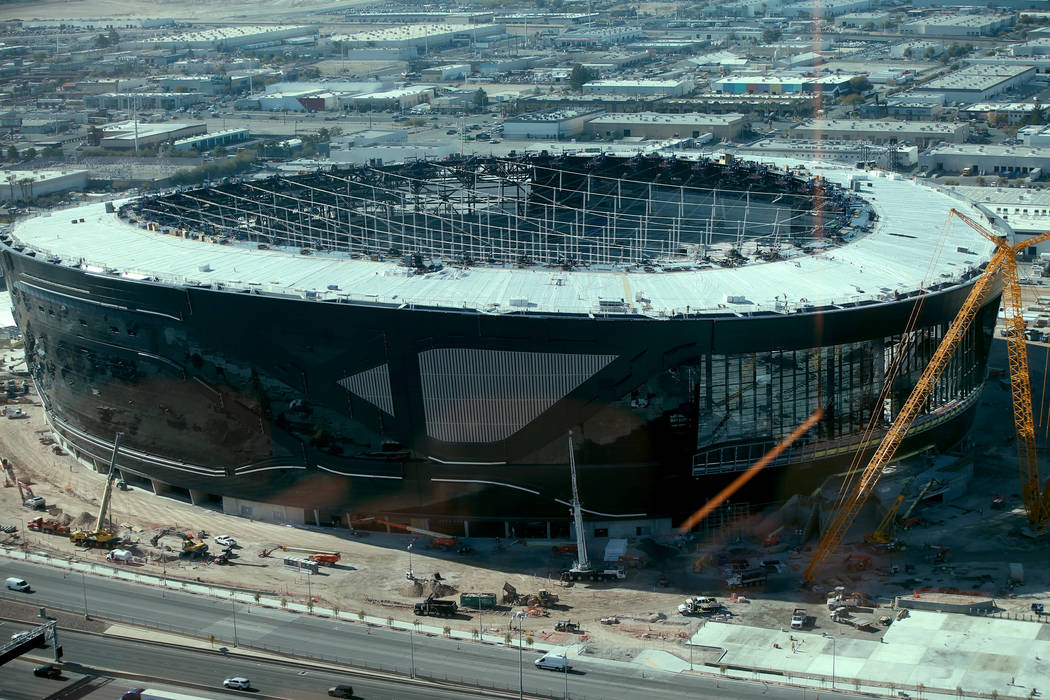 Allegiant Stadium is turning to renewable resources to power the 1.75 million-square-foot facility.

The Public Utilities Commission approved a 25-year deal Wednesday between the stadium and NV Energy. The supply agreement is set to be in place in time for the 2020 football season at the stadium, as well as the Raiders’ administrative facilities and practice facility in Henderson.

This comes one year after the stadium was granted authority to use an energy supplier outside of NV Energy.

After NV Energy saw 10 companies make moves to leave in 2018, the utility began working to keep hold of some of its largest customers by offering long-term deals with reduced energy prices.

NV Energy’s latest agreement with the stadium is the only one so far to fall under a new tariff structure. The deal requires LV Stadium Events to refrain from pursuing alternative providers for the Raiders’ facilities.

The stadium and NV Energy first agreed to enter a supply agreement in October.

According to PUC filings, the transaction is in the public interest because the stadium would be getting its energy from renewable energy sources such as biomass, geothermal, solar, waterpower and wind, thus reducing carbon emissions.

Additionally, the transaction creates a “customer margin benefit,” in which NV Energy would give 80 percent of the monetary proceeds to its other bundled customers and keep the remaining 20 percent.

“(The) end result that is not only good for the Raiders, it will benefit all NV Energy customers and support the growth of the southern Nevada economy,” said NV Energy spokeswoman Jennifer Schuricht.

Under this agreement, the stadium’s rates reflect the market price of energy and would be broken down into two supply periods.

The first short-term energy supply period would enable NV Energy to serve energy from the wholesale market based on market index pricing, or energy from excess capacity from its generation fleet. This would be in place until underlying dedicated renewable energy resources are online.

The subsequent long-term period would charge a fixed price per-megawatt hour and would include charges for natural gas transportation. The power would be drawn from a renewable energy facility and its associated energy storage facilities starting in the second half of 2023, when the facility is set to begin commercial operations.

The market price energy agreement is only available to nonresidential customers that have an annual load of at least one megawatt, and are not a fully-bundled retail customers of NV Energy. They must also have approval from the PUC to purchase energy under an alternative supplier with no impact fee.